On June 11, a monument to poet Abay Kunanbayev was erected in a park in the Turkish city of Alanya. Immediately after the unveiling of the monument, the park was named after the Kazakh thinker. 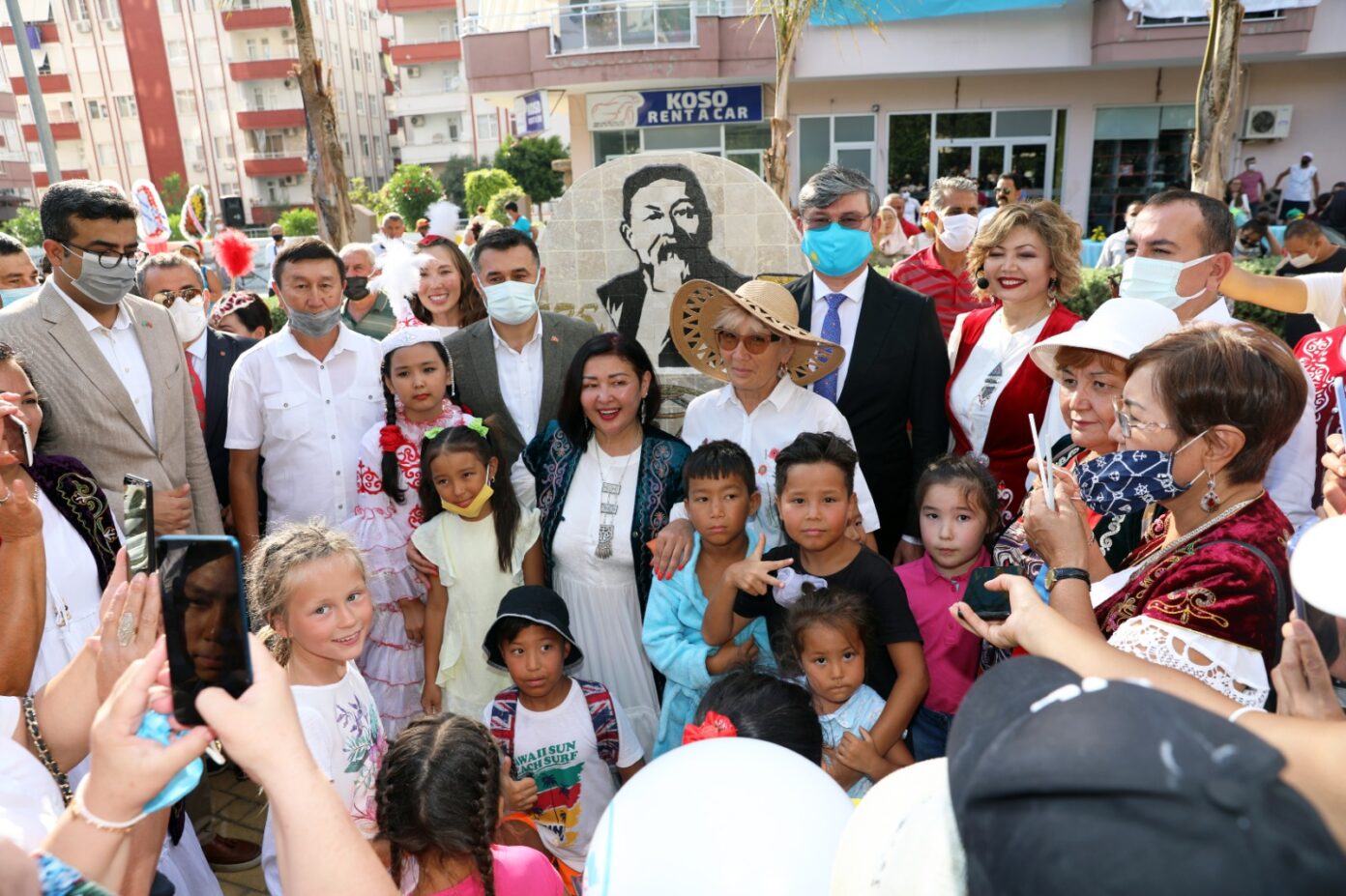 The author and mind behind the monument to Abay Kunanbayev in Alanya was artist Nurlan Akhmetov, who is a member of the Kazakhstan Association of Culture and Education in Alanya.

The event was originally planned to coincide with the 175th anniversary of the poet in 2020, but due to the strict lockdown in Turkey, it had been constantly postponed. After the quarantine was relaxed, the event was approved for June 11.

The city authorities supported the idea of opening the monument to Abay suggesting that the association choose any location in the city. So, a park in the Mahmutlar district was selected, where many foreigners including Kazakhstanis reside. 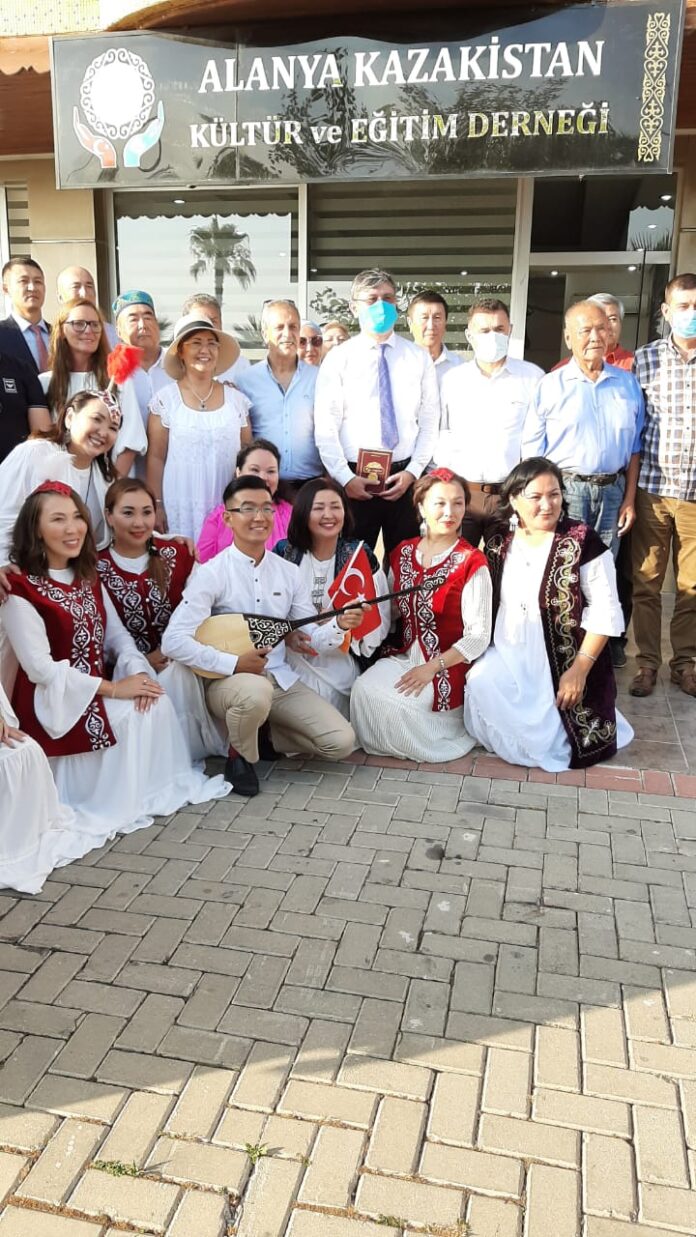 The city administration helped with the materials for the monument, as well as with all the organizational issues. The concert program was prepared by the association. 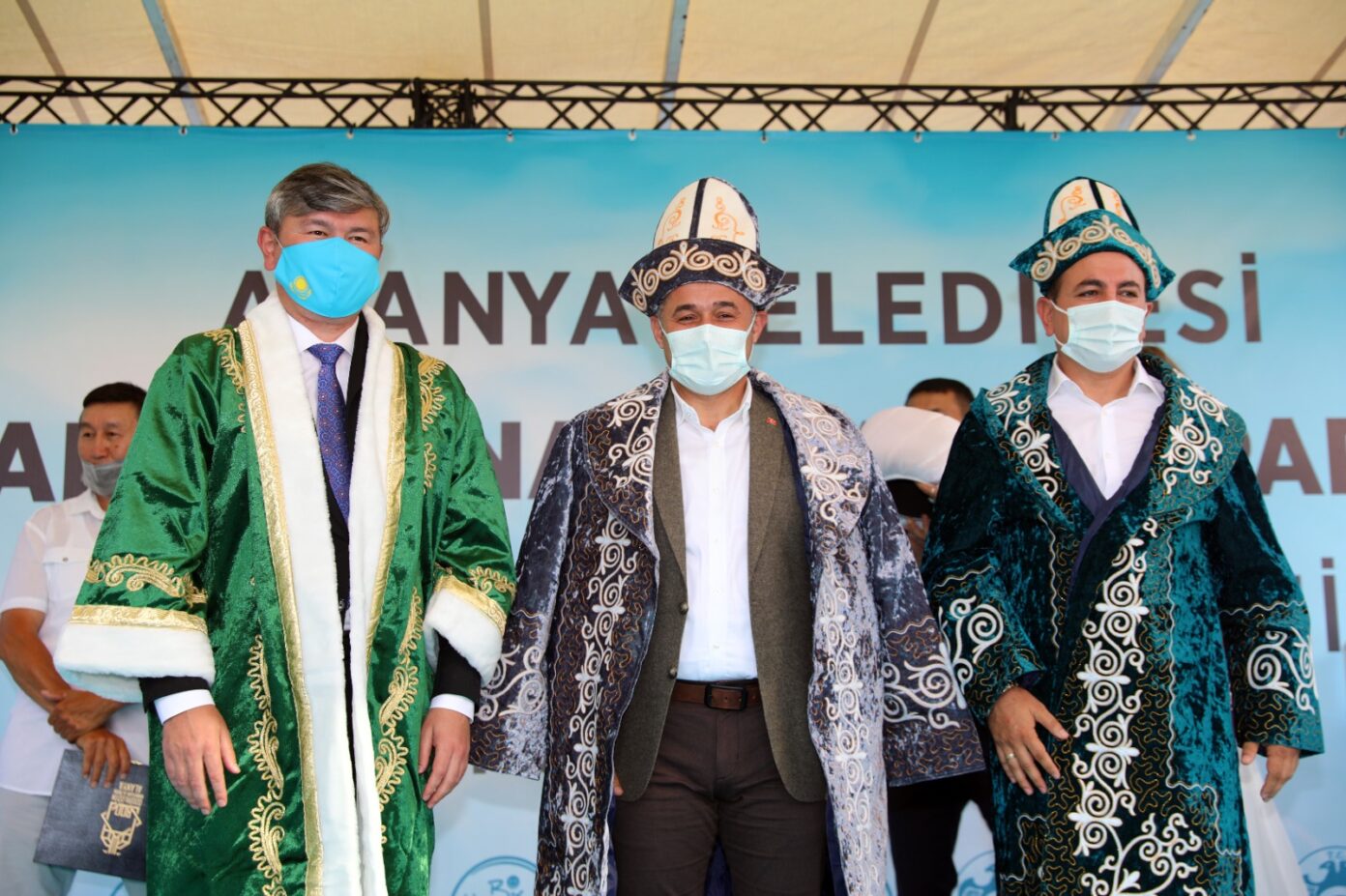 Vivid and eventful, the celebration was carried out in the national style. At the unveiling ceremony the legendary pieces of Abay “Kozimnin karasy”, “Ayttym salem, Kalamkas”, “Segiz ayak” were performed. 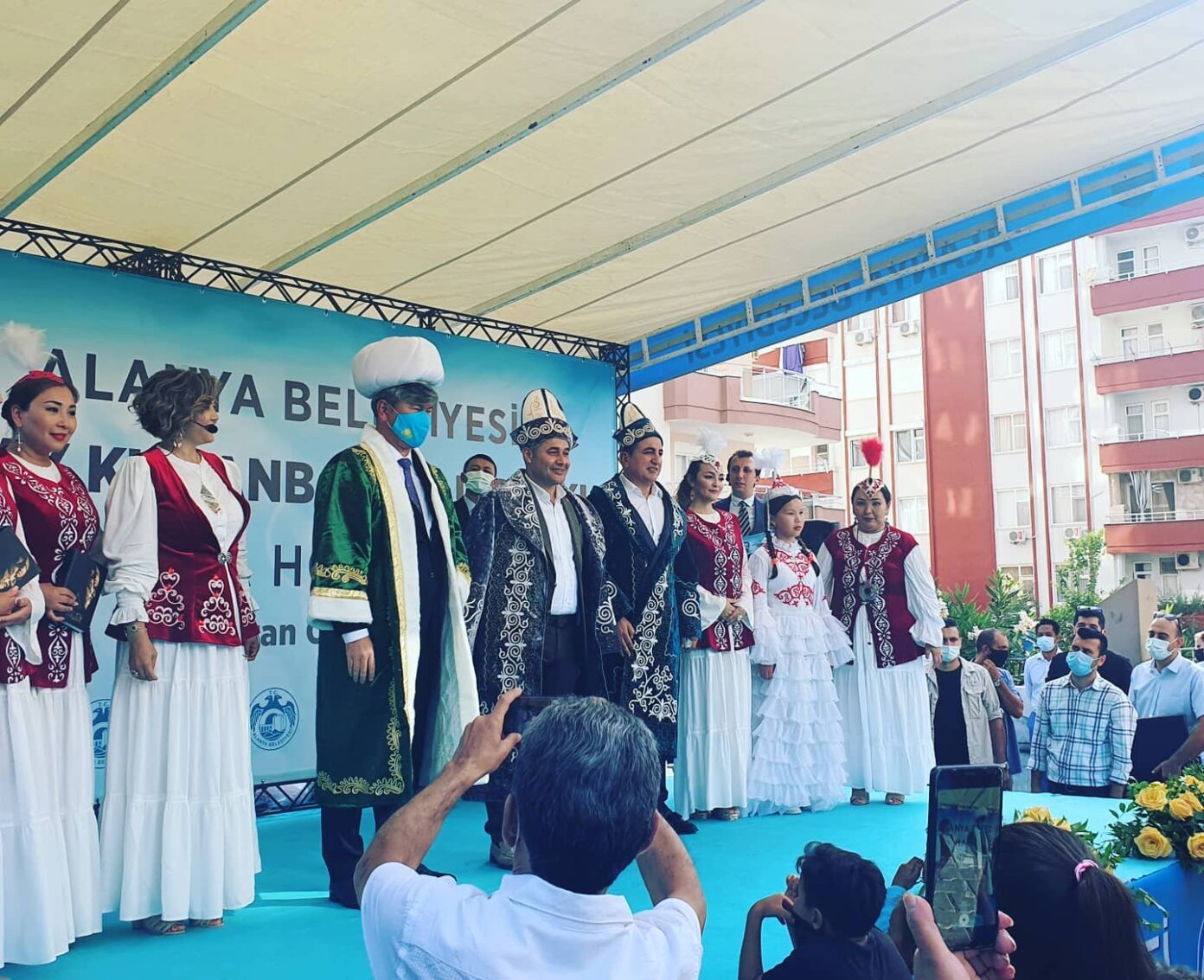 The guests of honor were presented with books by Abay Kunanbayev, as well as chapans (Kazakh quilted dressing gown) specially ordered from Kazakhstan.

“Abay Park is Alanya’s gift to the 30th anniversary of Kazakhstan’s independence. This place was chosen for a reason. There are monuments to 37 great Turkish poets in the park. Abay Park is a symbol of cooperation and friendship between the two countries,” Mayor Adem Murat Yucel said in his speech at the event. 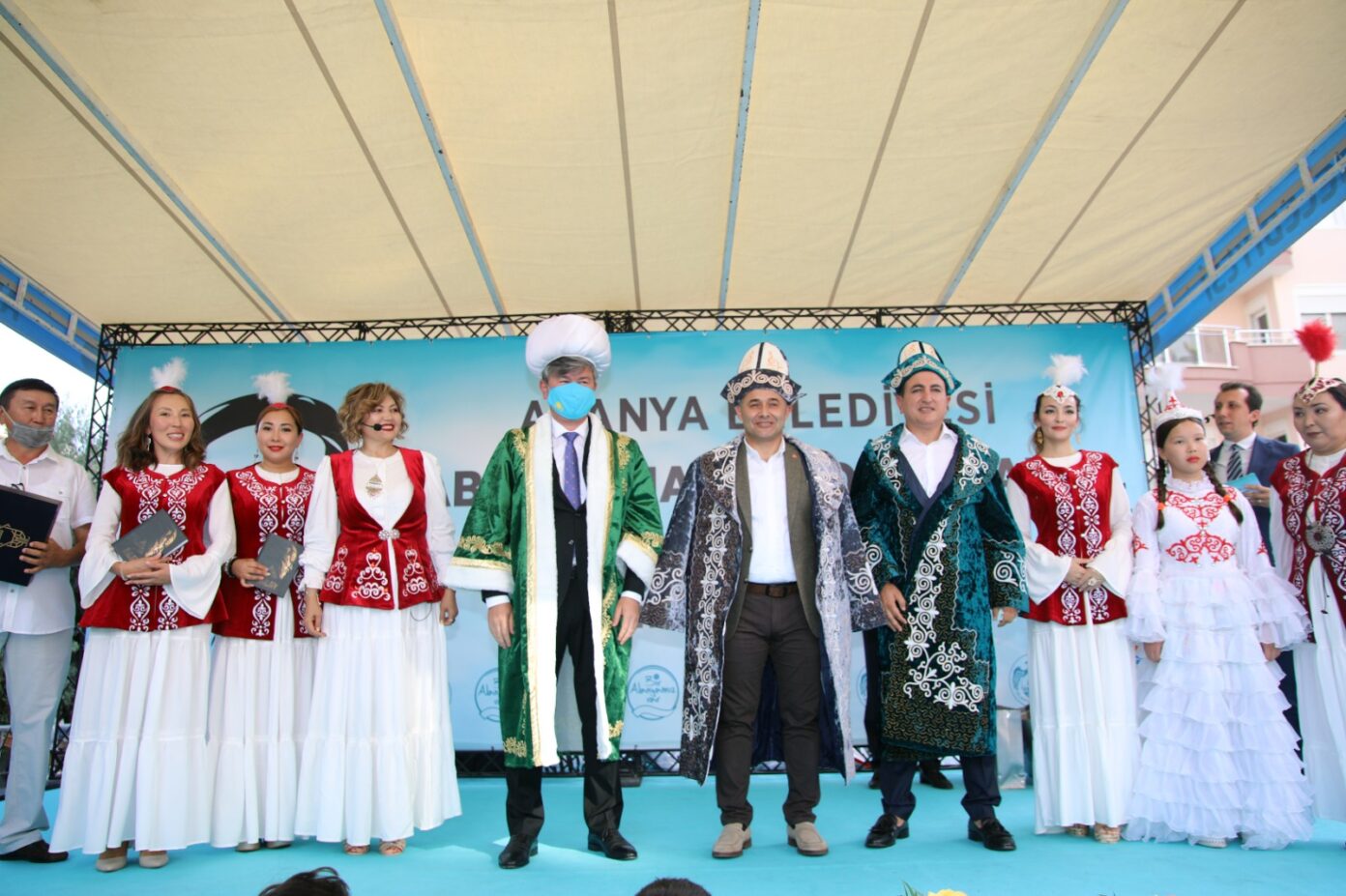 Nurlan Akhmetov shared that now name “Abay” is one of the most popular in Turkey and can be heard all over the place. Even during the installation of the monument, the locals would often come up wondering who the monument was being erected for. The association would tell them about Abay, show articles from the Internet, and the people took great pleasure in discovering the work of the Kazakh poet. 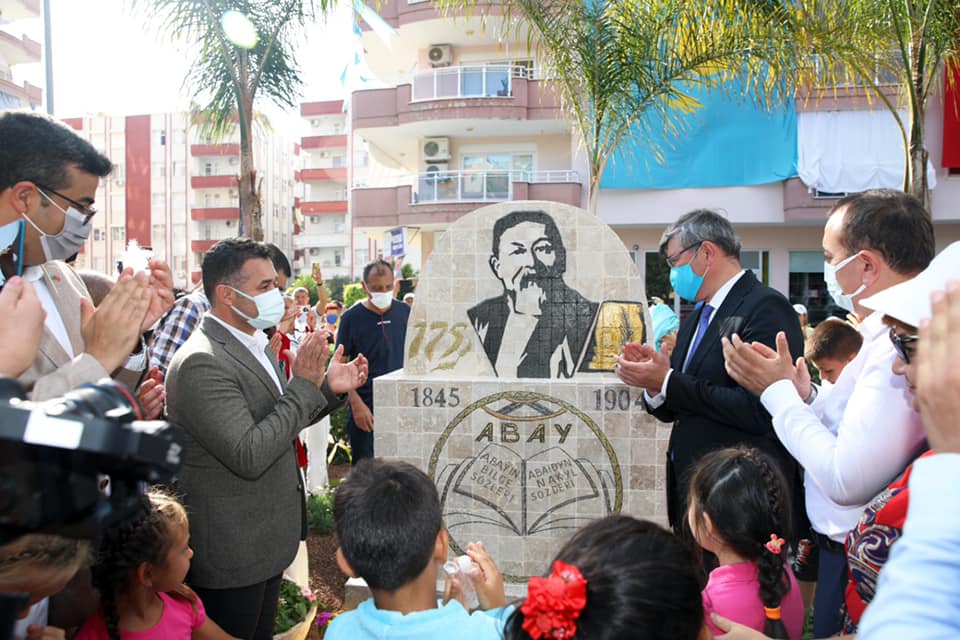 On June 1, 2019, journalist Shynar Shakenova launched a challenge dedicated to Abay Kunanbayev. She invited Kazakhstanis to publish videos on social networks hashtag #Abai175, in which they read their favorite poems of Abay. At the time, no one could even imagine that the relay would have such a scale and spread around the world.

In Turkey, the 175th anniversary of the great poet was celebrated sumptuously. In the winter, Kazakh sculptor Murat Mansurov erected two monuments in Istanbul and Ankara. In Antalya, Abay Kunanbayev received a memorial plaque. 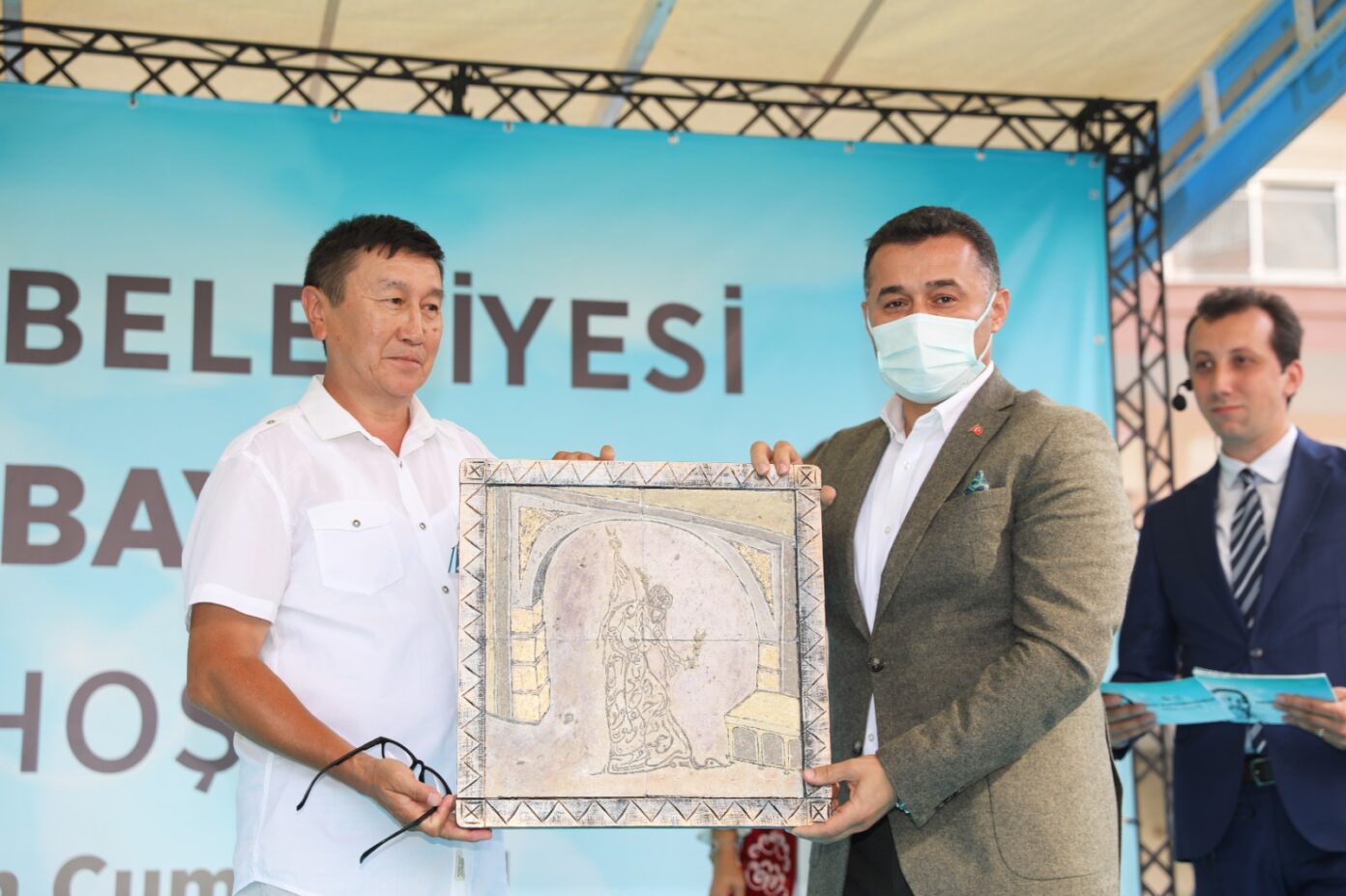 “I am very grateful to everyone who has supported this initiative and has taken part in this event. Thanks to this celebration, the fraternal Turkish people, as well as foreign residents of multinational Alanya once again became closer to Kazakh culture and got interested in the works of the great Abay,” Nurlan Ahmetov shared.