On the 22nd of September in a friendly and warm atmosphere there was a pre-party of Dimash’s fans. The traditional meeting of Dears was held at Arial Golf Club. Fans from different parts of the world gathered outdoors under the sunny skies of Almaty. 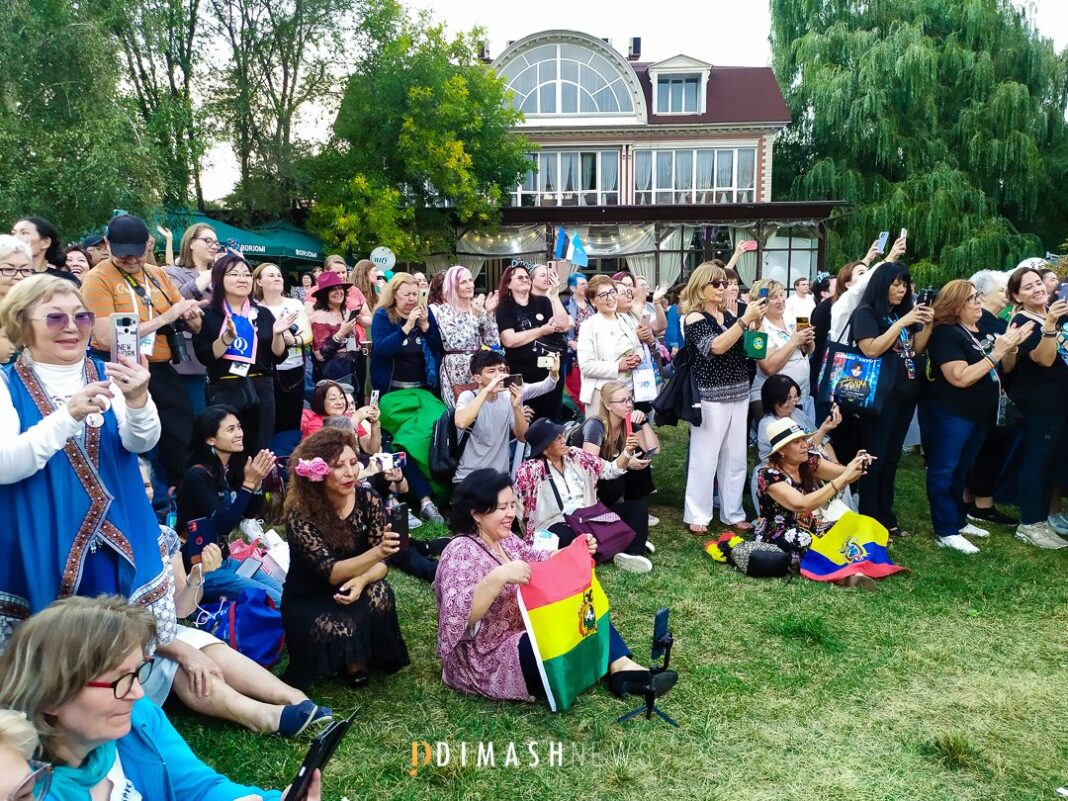 Today the show Stranger by Dimash Qudaibergen will take place in the southern capital of Kazakhstan.

In recent days, thousands of fans of the artist have come to Kazakhstan. Many started their journey from the capital of Kazakhstan or from the city of Aktobe, Dimash’s hometown.

In large and small groups, Dears from near and faraway countries visit significant places connected with the life and creative work of their favorite artist. 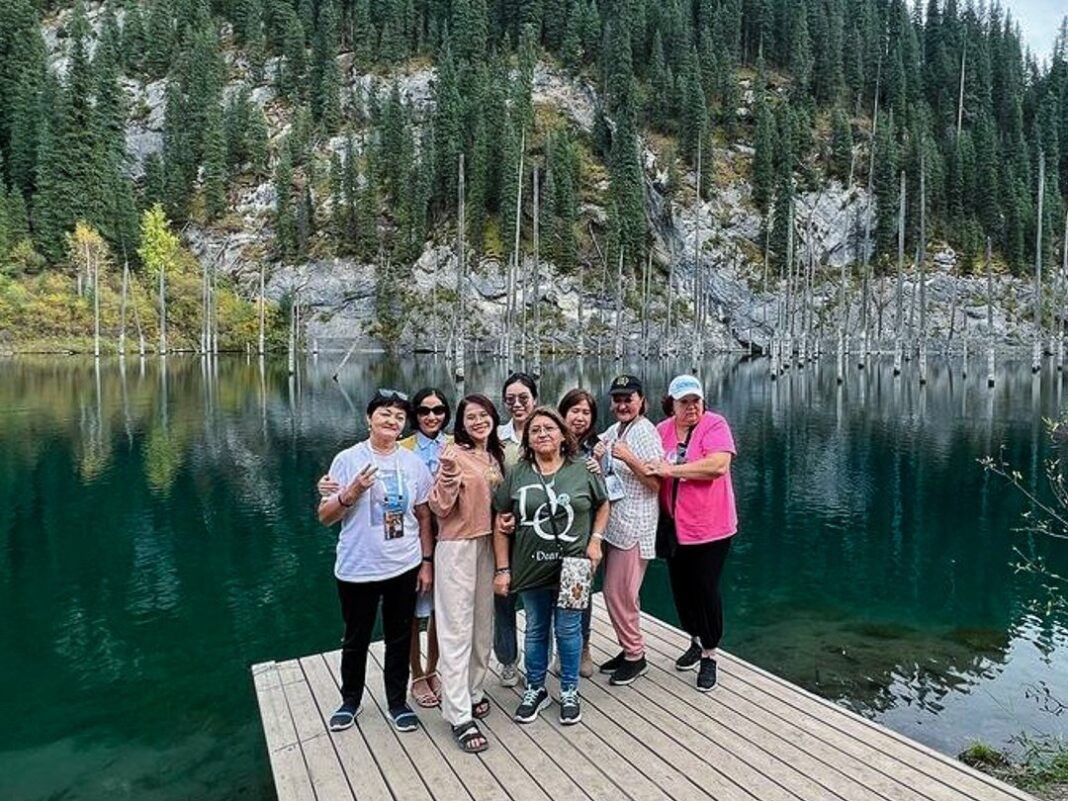 Almaty these days is full of people recognizing each other by their fan club badges and logos on T-shirts.

Dears meet on hiking trails, such as the Kolsay Lakes and the Charyn Canyon, take an interest in nature and sights, and learn about the places where Dimash filmed his music videos. 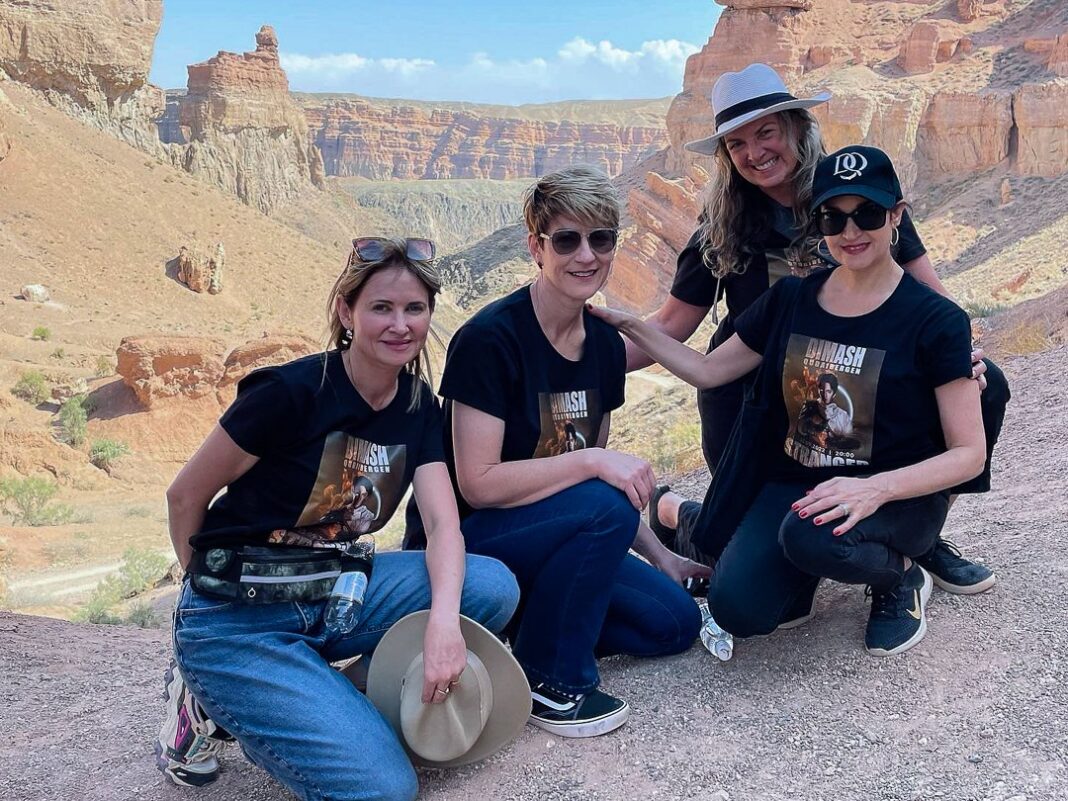 On the eve of the concert on September 22, Dimash’s fans gathered for a pre-party. The traditional Dears meeting took place at the Arial Golf Club. Fans from 50 countries gathered outdoors under the sunny skies of Almaty. 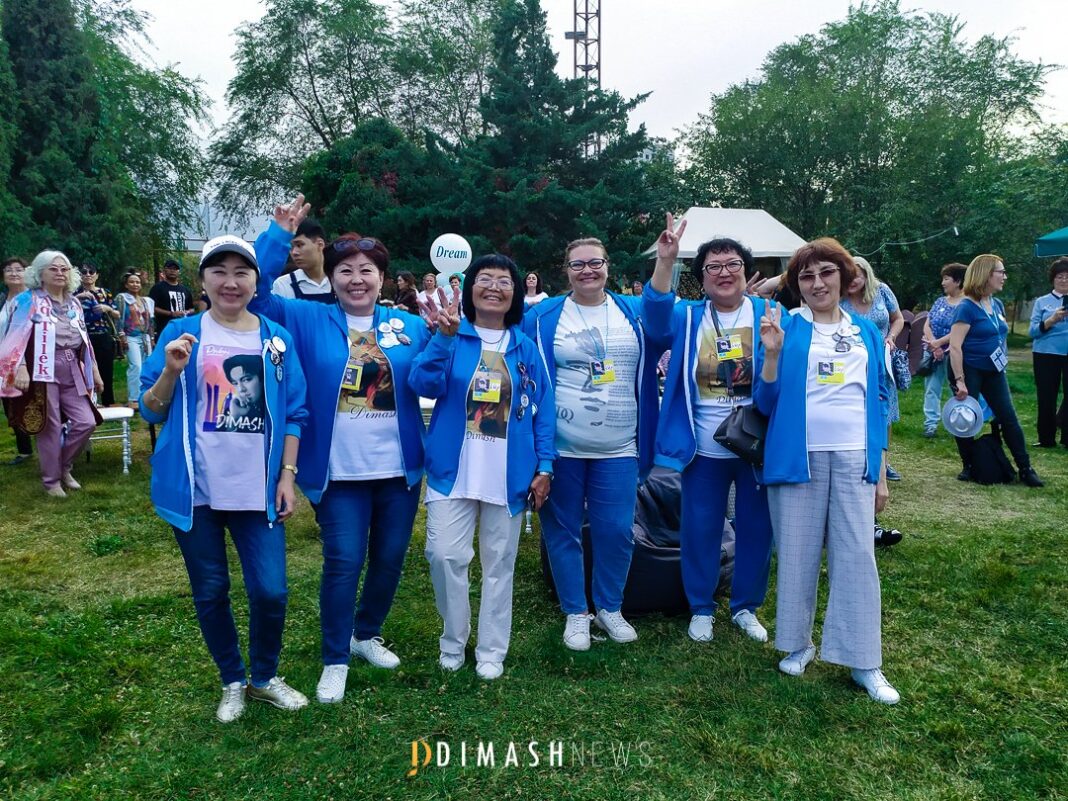 Dears presented their fan clubs, exchanged gifts, badges, souvenirs, did not stop taking pictures and exchanging contacts. Guests of the festival were able to buy national souvenirs, perfume products DQ Scent of Music and jewelry from the collection “Dimash Qudaibergen” together with Kazakhyuvelir.

The guests were welcomed by Dimash’s fans from the Almaty Fan Club. As part of the show program performed live band Prospect, singer Aruzhan Danyshpan, the winner of the show The Voice Kids Ersultan, musical quartet Mezzo. 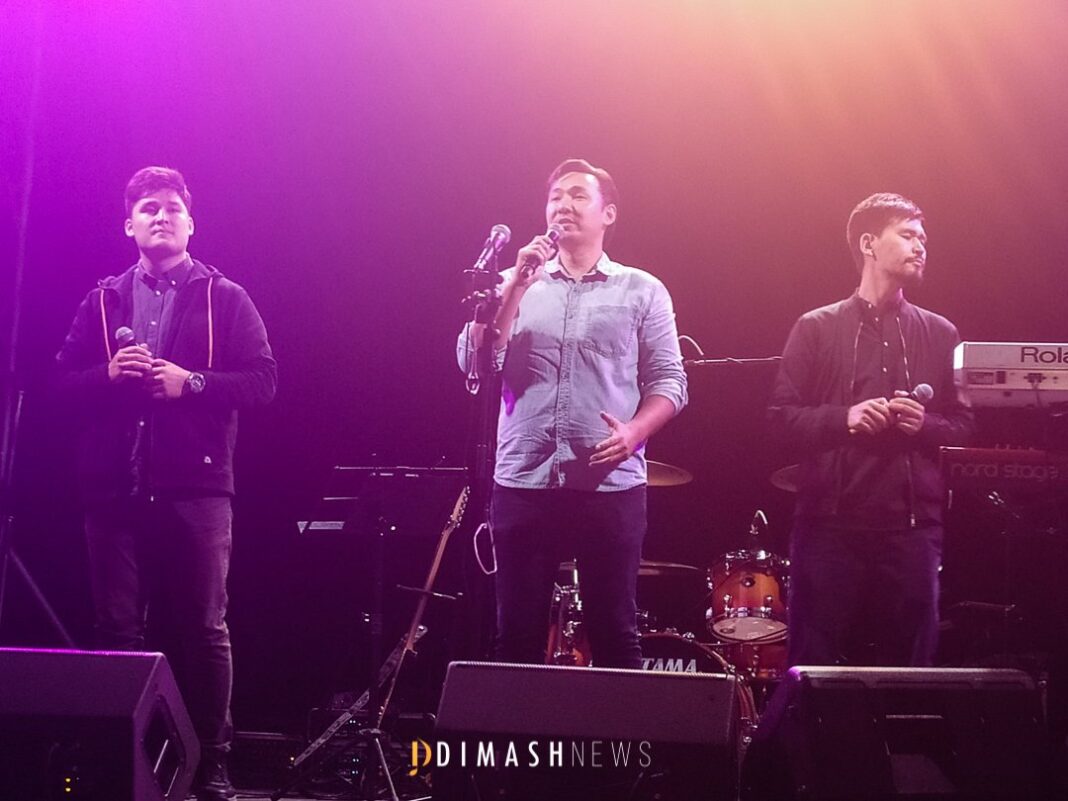 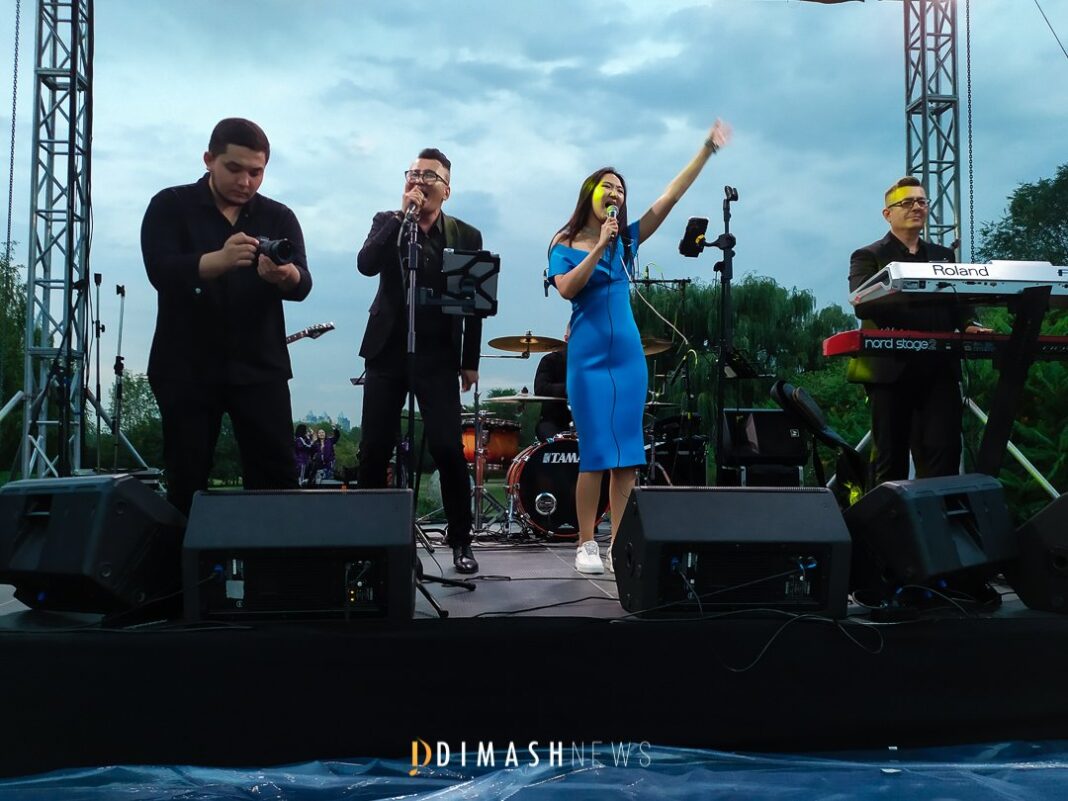 The dance group Blvck style performed several incendiary compositions and held a mock battle with the fans, who danced so charismatically and cheerfully that they did not lag behind the professionals. 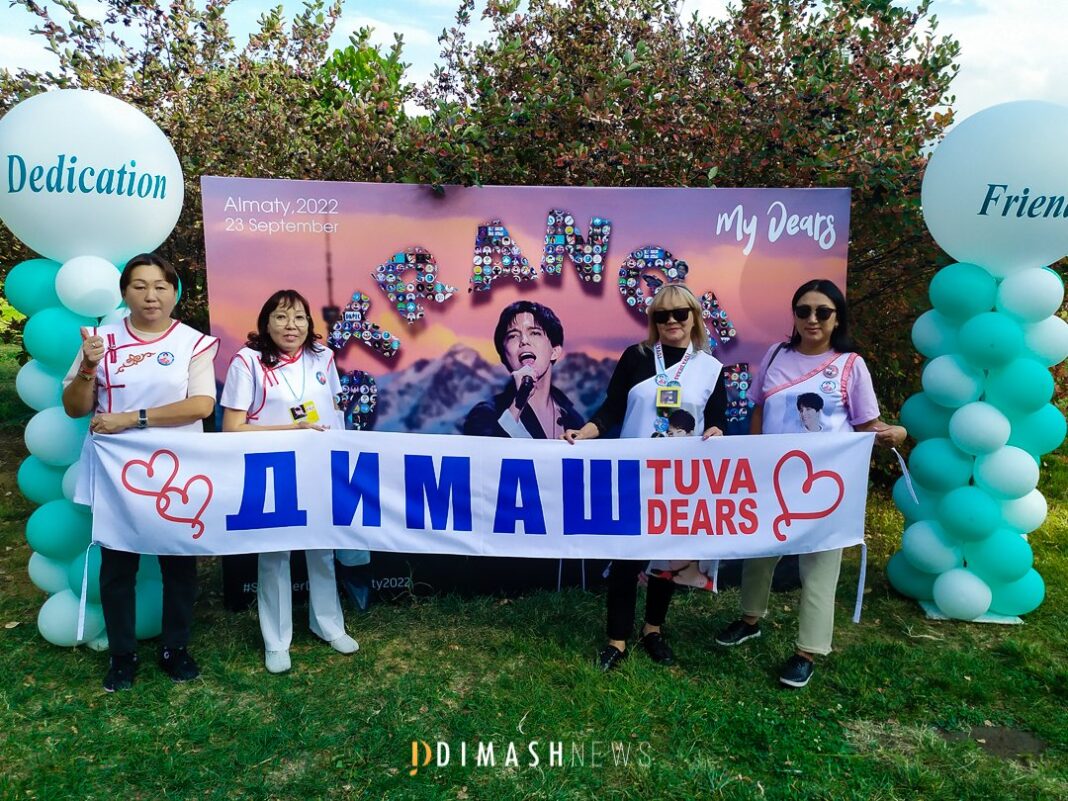 Leaders of the festival in Kazakh, Russian and English entertained guests with contests and quizzes. The guests of the evening, without any mistakes, instantly identified by photo the country, city, stadium and even the date of the artist’s performance. 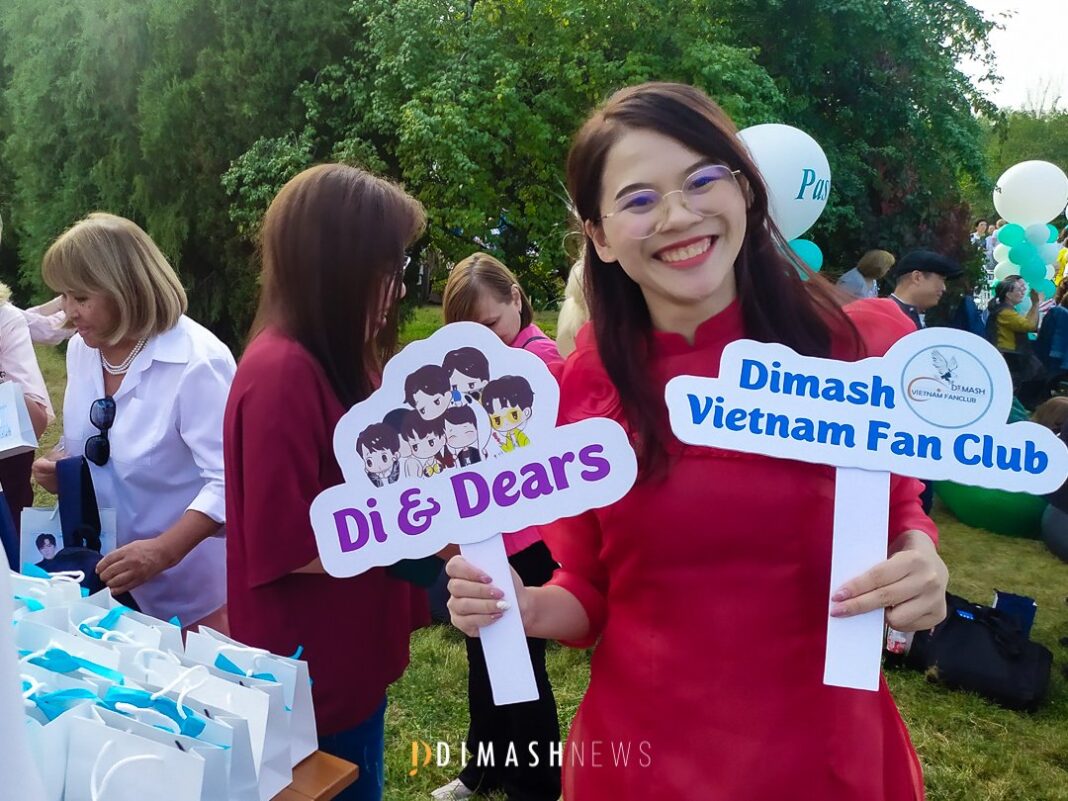 Dimash’s mother, Svetlana Aitbaeva, and his brother, Abilmansur, were present at the party. Svetlana warmly welcomed her son’s fans to the Kazakh land:

“Each of you holds a special place in our hearts, you are all relatives for our family. Kazakhstan is always open for each of you. Dimash is getting ready for the concert, but he knows that you are here, and he’s happy to welcome everyone.” 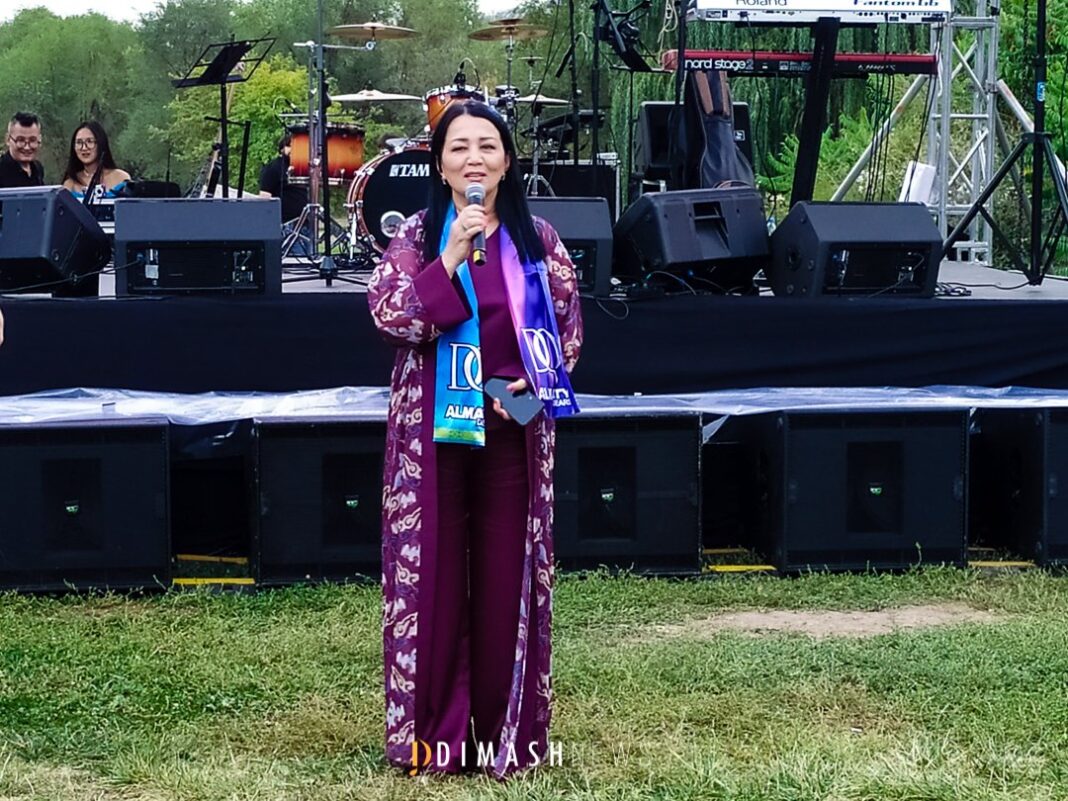 The special moments of the festival were the performances of Dimash’s fans themselves. Spanish song “Historia de un amor” performed by Dears sounded touching and tender, and Daididau sung by Dears from the USA in three voices thrilled the audience. Dimash’s mom mentioned an especially soulful performance of the favorite song of all Dimash fans. 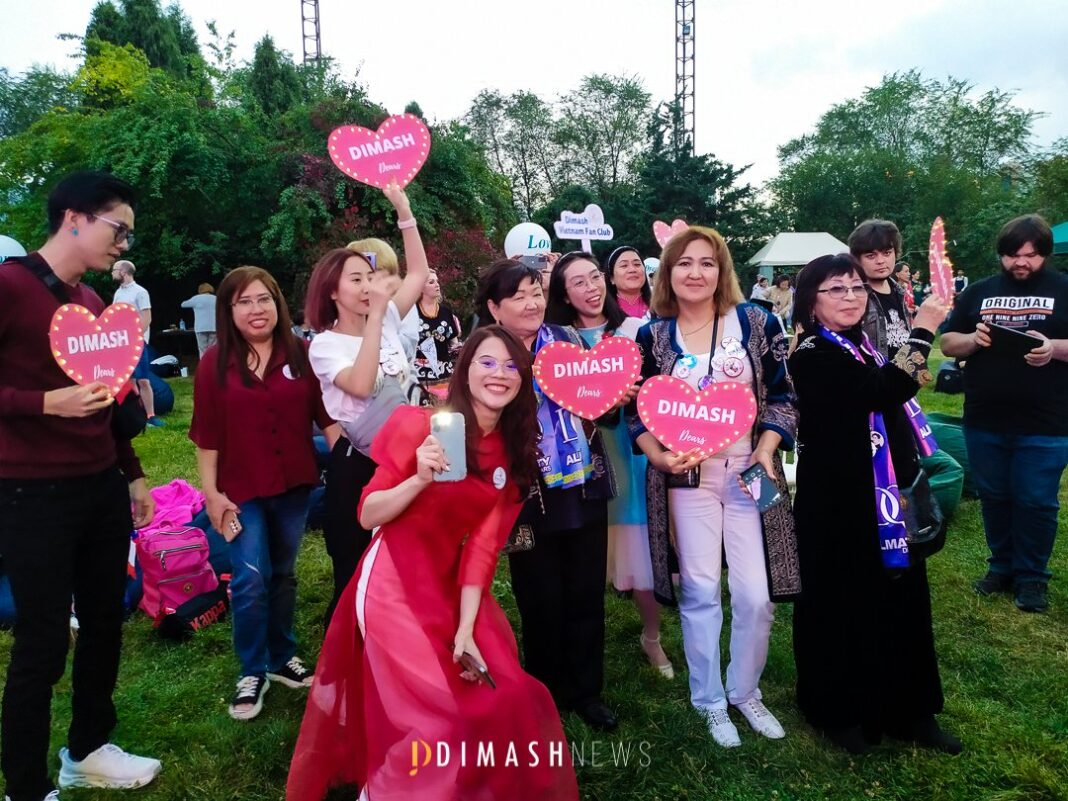 The long awaited concert will take place today at the Central Stadium. The concert starts at 20.00.

You can buy tickets on Ticketon.kz