On October 3, at the initiative of Radio La Era Dimash, a video of the artist performing the song “S.O.S.” was shown at a famous Argentine folk club. 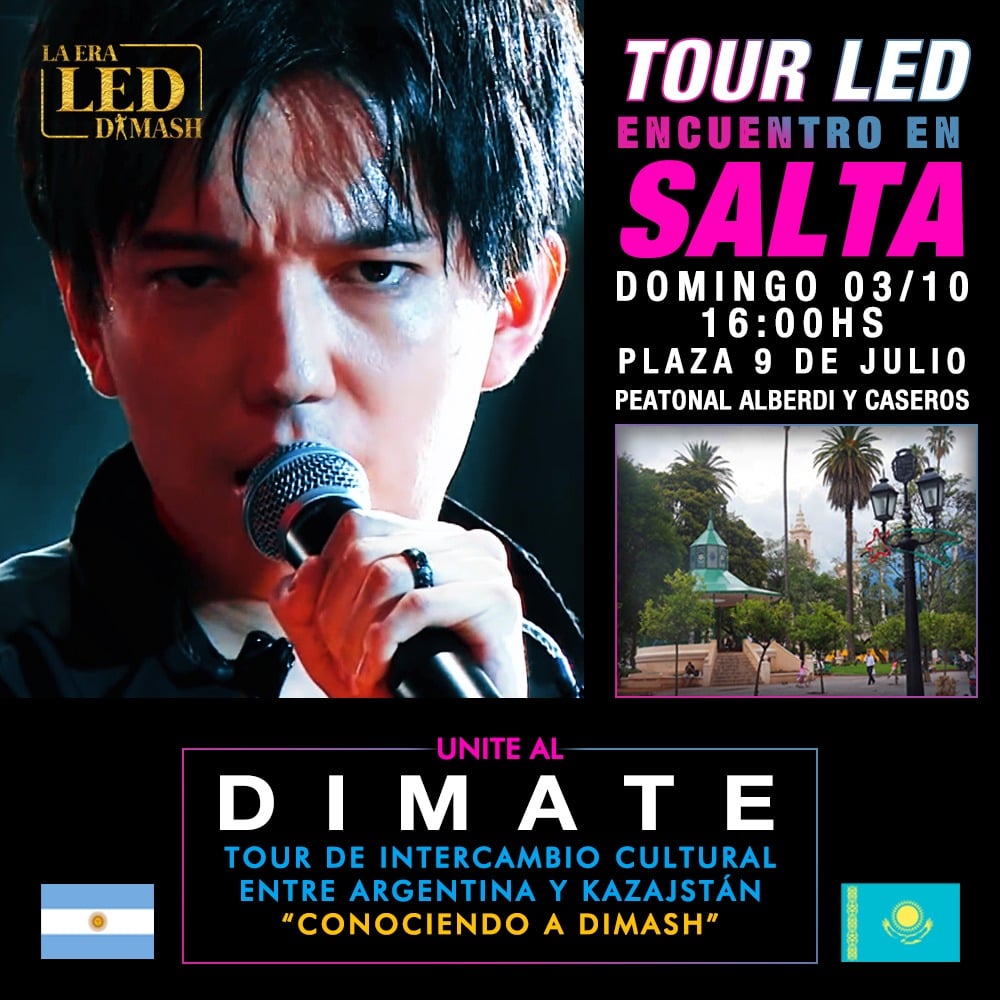 Folk clubs in Argentina are popular and favorite places for musicians and dancers to perform folk songs with great pleasure. Such clubs become the cradle of many great artists and are among the most visited places by tourists.

On October 3, at the Salta Folk Club, Dimash’s performance of the legendary song “S.O.S.” was presented in front of a large crowd on a huge screen.

The host of the event introduced the Kazakh artist with the following words:

“He and his vocal cords have been blessed by God. Many people know him, and some don’t yet, as he is an artist from another corner of the earth. His name is Dimash, and he has an amazing voice.”

The demonstration of the “S.O.S.” video in an Argentine folk club took place as part of a special tour organized by radio station La Era Dimash. The purpose of the tour is to present the Kazakh artist in different parts of Argentina, so that more people will discover his art.