April 2, 2021
4903
Dimash World Dimash's track "Be With Me" is available on music platforms
Dimash WorldTop News

On April 2, a studio version of the composition “Be With Me” by Dimash Qudaibergen was released on all digital music platforms. How the song was created, which was first performed at the online concert “Dimash Digital Show”, was told by its creators. 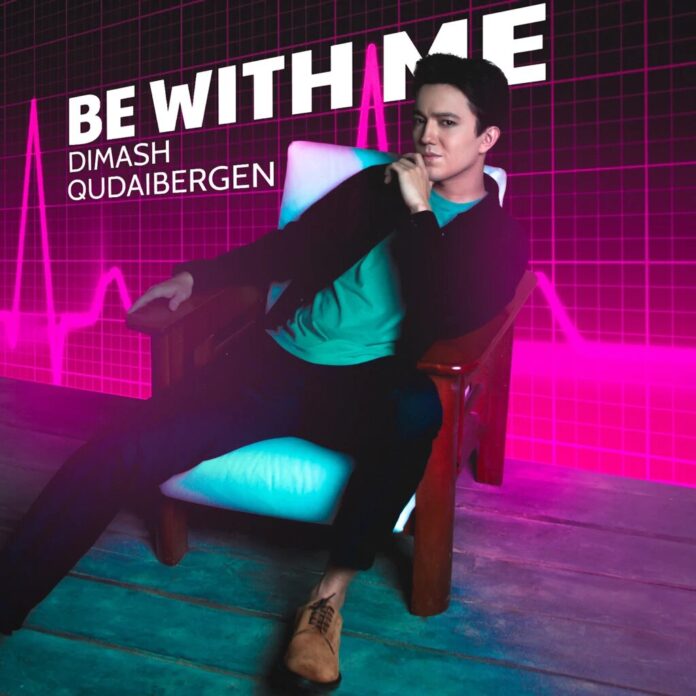 The idea behind ​​the “Be With Me” arrangement was invented by Dimash himself. The singer sketched a demo, in the course of work deciding to add a part of dombra, which was first played by the chief conductor of the Kazakh State Orchestra of Folk Instruments named after Kurmangazy Abylai Tlepbergenov.

The permanent arranger of Dimash’s songs, sound producer Yerlan Bekchurin, having listened to the demo, stylized and added pulsation, while leaving the original structure and bass melody. After that Yerlan invited the musician Adilzhan Tolukpaev to the studio to re-record the dombra part in a more funky style.

Later, their tandem was joined by the composer Renat Gaisin, who added the clavinet and wind instruments to the arrangement, and the Moscow musician Marsel Khakimov, who re-recorded the bass part.

“I think that deep down, we were all inspired by the work of Michael Jackson, Quincy Jones and Stevie Wonder,” Yerlan Bekchurin shared about the work on the arrangement. 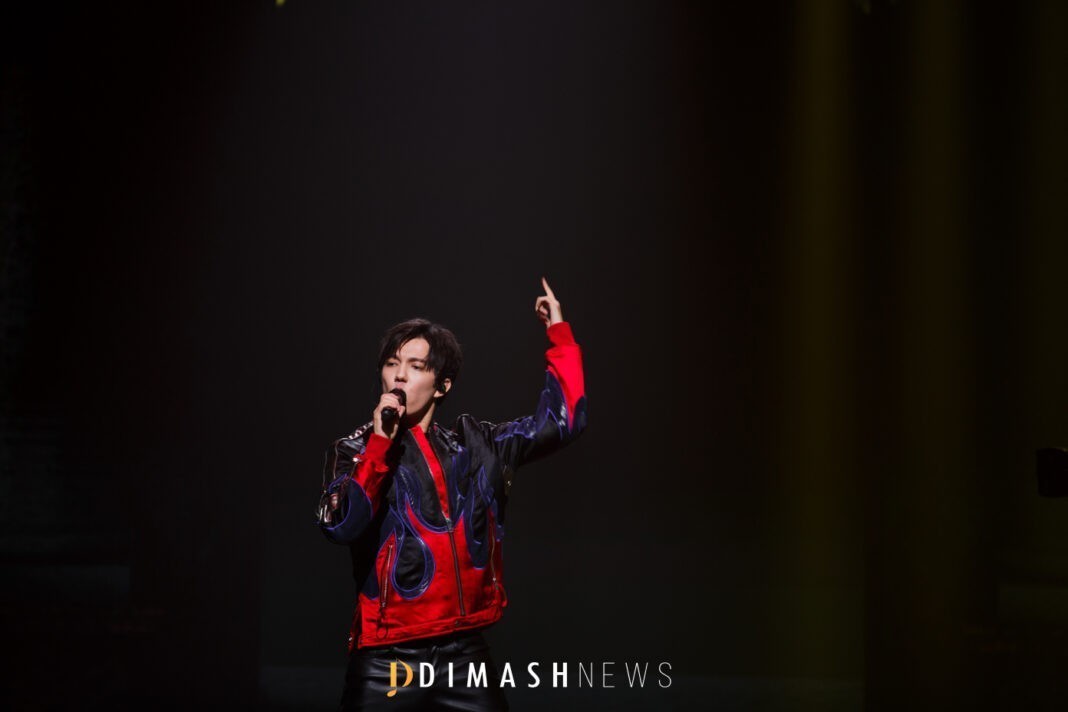 Mixing and mastering was done by Yerlan Bekchurin in the new DimashAli studio. According to the sound producer, it was a professional challenge, since it took him time to adapt his hearing when changing the room and speaker systems. 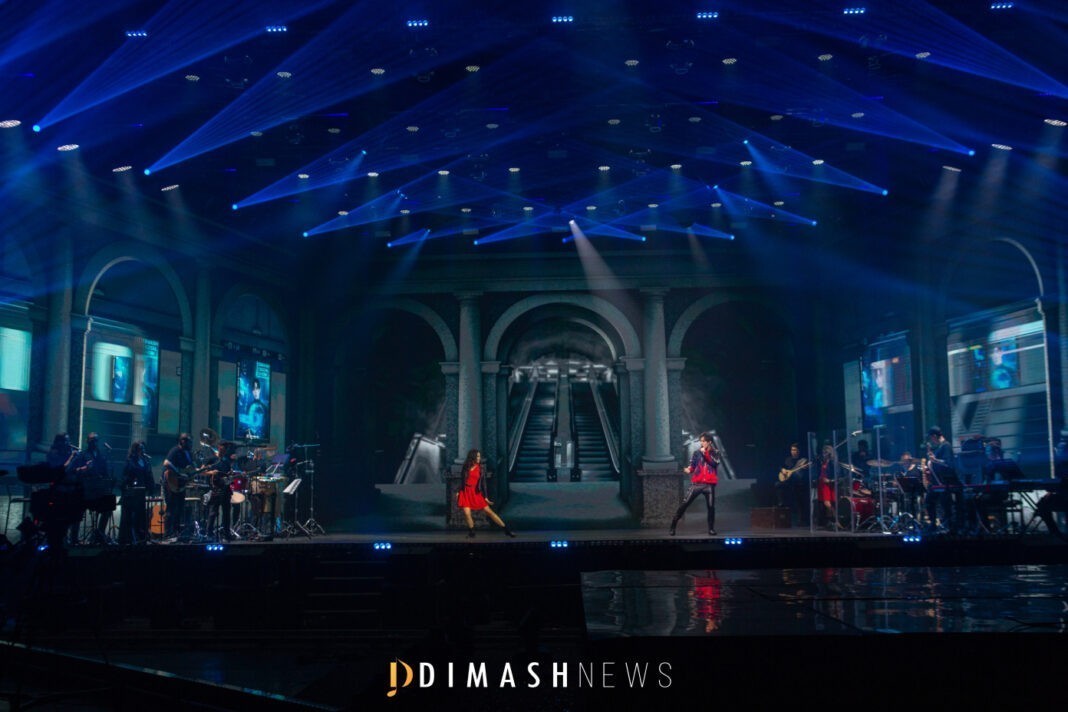 Jordan Arakelyan and Dauren Shamuratov were entrusted to write the lyrics for the composition. Jordan wrote the main English lyrics, and Dauren wrote Kazakh rap, which became the bridge of the song.

When asked if it was difficult to write the text in English, Jordan replies:

“It’s not difficult at all. Firstly, Dimash set the task quite clearly, and, secondly, it is easy for me to start from the emotional message and mood of the vocals. I am 100% sure that people who do not know English have experienced it too. Plus, Dimash immediately approved the text, saying that he liked it, and this is the best praise for me!”

For the author of the rap part, Dauren Shamuratov, the offer to participate in Dimash’s new composition came as a complete surprise. He was returning from work when Erlan Bekchurin called him, after passing the phone to Dimash himself. The artist shared his idea with Dauren of ​​what he would like to see in the lyrics.

“I’ve written lyrics for a lot of artists. I think it was for this reason that Yerlan trusted me. When I received an offer from Dimash, I, without wasting a second, went to my friend’s office and immediately began to write. It is a great honor for me to compose a text for a world star, ”recalls Dauren Shamuratov.

Premiere of “Be With Me” 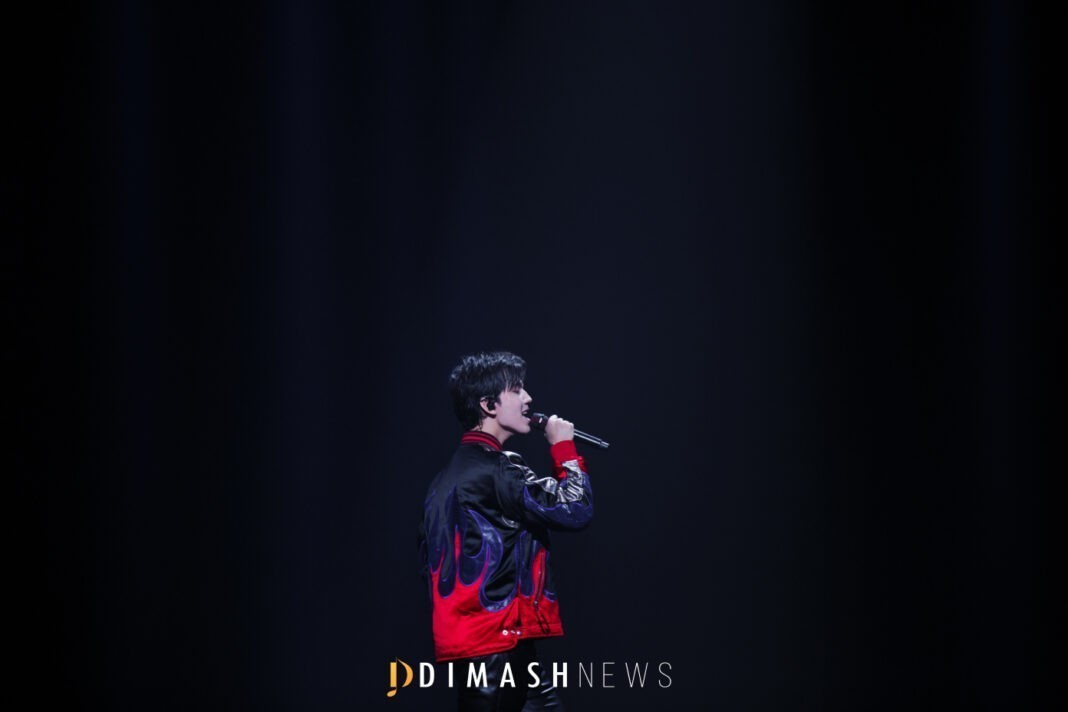 For the first time, the composition “Be With Me” played in the final of the online concert “Dimash Digital Show”. It was a kind of an “icing on the cake”, as its premiere was absolutely exclusive, which no one knew about.

Concert director Anna Oboyanskaya told us that the staging of the “Be With Me” was inspired by the music, lyrics and energy of the song. Anna immediately wanted to recreate the whole video on stage.

The starting point was the musical form of the composition – three blocks are clearly traced in it: contrasting couplets with rhythmic and melodic parts and a self-sufficient bridge in the form of rap in the Kazakh language.

“This is where the story of the love triangle came from: two girls – complete opposites of each other, who are fighting for the guy’s attention. They became the personification of the rhythmic and melodic part of the song. The action begins underground, in the subway. We see rushing trains, posters of Dimash’s concert on the walls, street musicians and the appearance of the first brunette heroine. She immediately shows her attention to the guy she likes. After that, the music changes the tempo and becomes more melodic, airy, which marks the appearance of the second blonde heroine. The guy seems to be between two fires, and the car becomes the turning point: the red Mustang convertible, which divided the number into “before” and “after”. 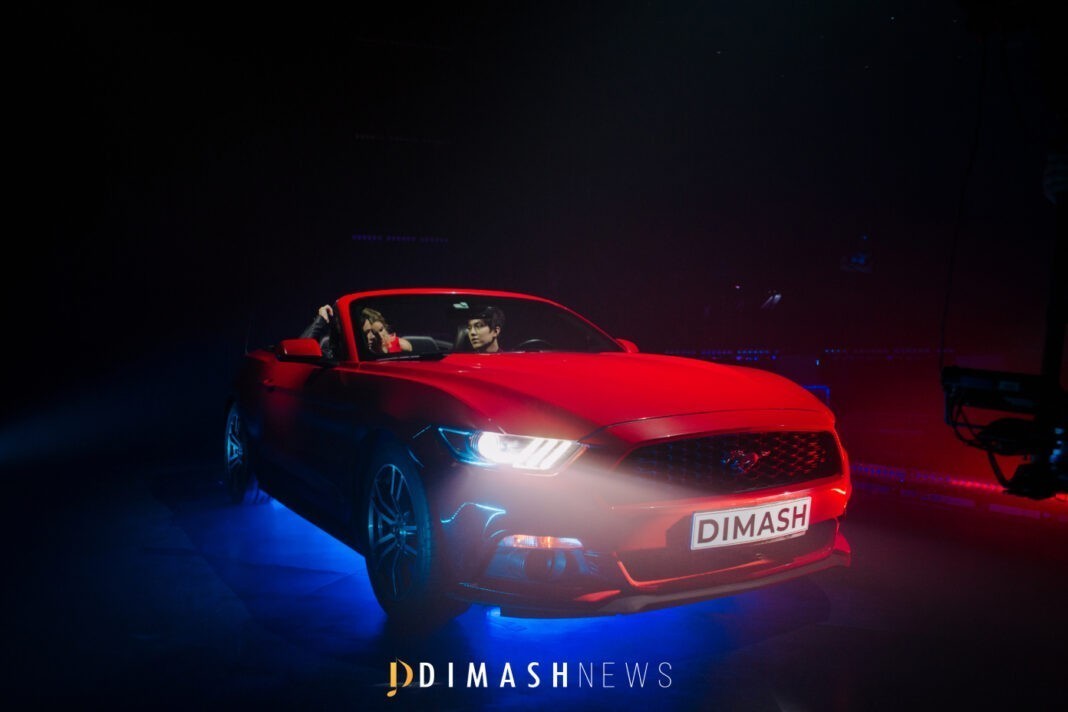 As Anna explained, according to the plot, the hero takes the girls to ride around the city at night, still not giving preference to any of them. Then the action returns to the stage, which is now presented in the form of a busy metropolis street.

Here new characters appear – the girls’ boyfriends. They return their lovers, and the main character is left alone in search of his real, and not fleeting love, Anna Oboyanskaya clarified the storyline.

And today, on April 2, the long-awaited studio version of the song “Be With Me” has become available on digital music platforms: Spotify, Amazon Music, iTunes, YouTube Music, Deezer, Yandex and others.