Her soul is a huge stellar universe, where every moment weaves into beautiful lines, as a result turning into a bewitching poem. Her poetry can stir everyone’s emotional strings and make hearts burst into blossom. Today we interviewed Nina Bugaichenko, our own incredible and amazing poetess, whose poetry is already loved by many, leaving no one indifferent. 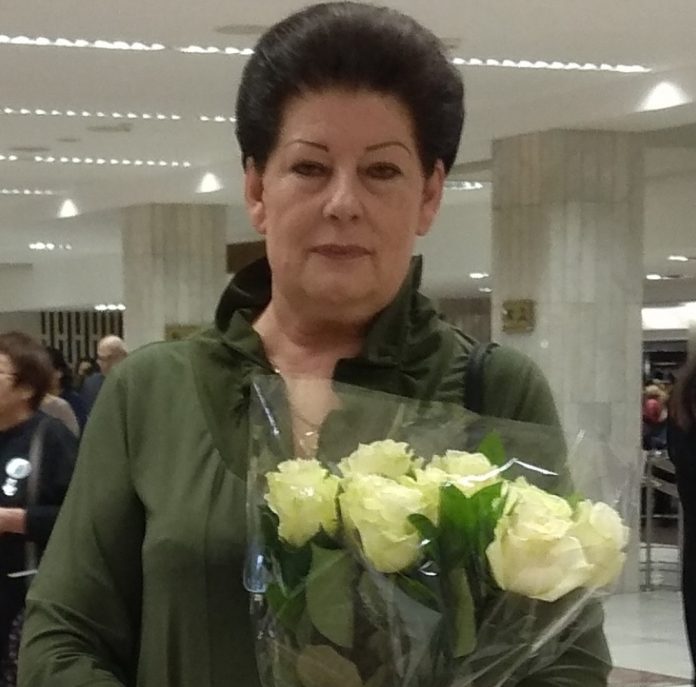 – Nina Yevgenyevna, your every poem appeals to the very depths of one’s soul, filling hearts with warmth and tenderness. Where does this strong love for poetry come from?

– Thank you very much for such nice words. I can say that poetry has been living with me since I was young. I am a passionate book lover from my first year at school. As soon as I learned to read, the library became my second home. I read a lot, literally day and night. I remember that the librarian often asked me: “You take so many books, do you read all of them?” And I answered: “Yes, I really read everything”. Besides, I had a wonderful literature teacher, who once completely turned my mind around and made me love this wonderful world of books even more. Literature has always been one of the most important things in my life.

– So, as I understand, you have been writing poems from the early years, haven’t you?

– No, in spite of my strong love for poetry, I started writing poems at a more mature age, around my thirties. Before that I wrote verses and poems for congratulations to my family, relatives, but I had never put poetry “at the forefront”. Only in my thirties I began to write my poems, and later I even got a small cycle of poems about the autumn. Autumn is my favorite time of the year, and I dedicated my first poem “Enchanting Autumn” («Чаровница осень») to autumn. Autumn dawns on me, in autumn I come to life…

– You mentioned that you had a wonderful teacher of literature who influenced your love for the world of books. Can you tell a little about him?

– Of course. My teacher of literature was amazing Mariya Zagitovna Akhmetchina. This is the person who opened the door for me to the world of great quality literature skillfully introducing these works to us. She lived them in the truest sense of the word. Mariya Zagitovna knew a huge number of verses by heart, she read them like an actress. Each lesson of literature was like a party for us. There are not many teachers like her, I tell you. And I was lucky to have her. She managed to inculcate in us a good literary taste. Despite the fact that I was a teacher of German, I tried to arrange poetry lessons for children, as Mariya Zagitovna did for us. Children brought their favourite poems, and we talked about them and discussed. Therefore, I believe that it does not matter what subject you teach. What matters is what you bring to the children, what you introduce to them, what world you open…

– What role does writing play in your life now?

– Perhaps, the key role after the family. I would even say the most important role. There is always a stack of clean paper, pens, pencils on my desk There is always a phone and a laptop at hand, because poetry can catch me anywhere without a warning. This is my second self. For me, writing is the same as breathing. I cannot live without it. And if before it was just a hobby that was written and put away into a locker, now it is already a necessity. 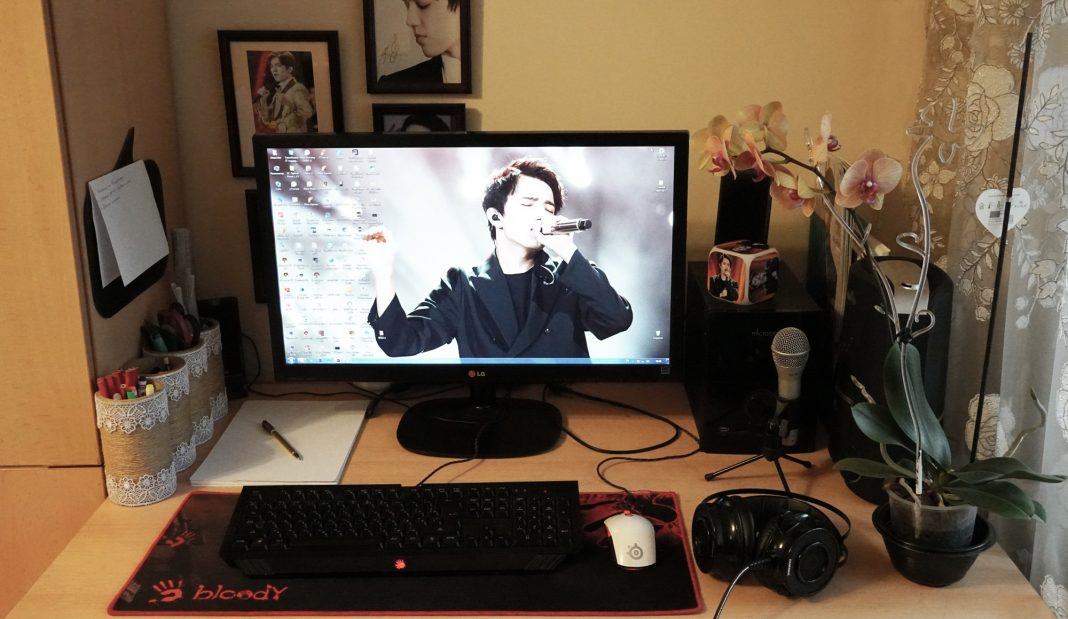 – And what, after all, was a trigger for this?

– Previously, I wrote verses just about what I thought of. I didn’t publish anywhere; I wrote purely for myself and my family. But everything has changed since that fateful day when I first heard the song “Adagio” by Dimash Kudaibergen at the competition “I Am a Singer”. I was just amazed; I was not ready. At that time, I had not known Dimash. It happened so that at some point in my life I retreated into myself for several years, immersed myself into the world of classical music, literature, needlework. I was no longer interested in society. The matter is that my other half passed away. It was very difficult for me. And the world, as such, except for my family, ceased to interest me. I did not follow what was happening around, especially in the world of music. And so, quite by accident, at night I heard Adagio. It was something, I was so amazed that the world, which had previously turned gray, started shining in all the colors of the rainbow! This probably was my trigger. After that, I started looking for like-minded people. I found an Almaty group of a Eurasian fan club. We began to communicate. I started slowly introducing myself in social networks. At first, I wrote comments timidly. In prose, of course. And then they started asking me: “Why don’t you write poems?” The matter is that for a long time I could not decide in which way to write about Dimash, about his music. I believed that once I wanted to write about Dimash in verses that I wanted to share with people, they should have been high-quality and beautiful. I was afraid that I was not a professional. Only in January 2018 (while I learned about Dimash on 20 May 2017) my first poem about him “Everything is Your Voice” appeared. It struck me as well. You know, at that moment there was a sensation, as if the locks and the faucet had opened, the words poured into the stream. And it continues up to this day. 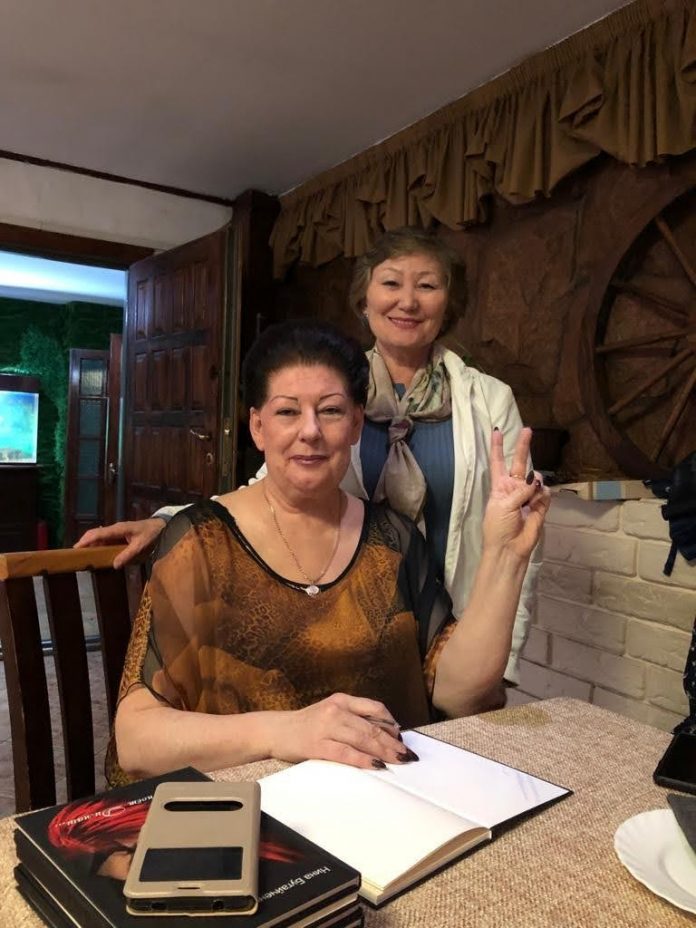 – How do poems usually come? What time? Under what conditions? What inspires you?

– Poems never ask when they should come. They rush into you at absolutely any time of day or night. I can do household chores, and then poof! – some line pops up, some unclear words, images, and I immediately drop everything and run to write them down. Sometimes it teases me for several days. Sometimes there is a feeling that someone dictates these lines to you, and everything you have to do is to write them down. But most often, of course, inspiration catches me at night. Under what conditions? It does not matter. I can walk down the street when a poem suddenly pops up. The only concern at such moment is to hurry and write it down, no matter on what. Even on a piece of napkin, as it happened in Moscow after the second concert of Dimash in the Kremlin finished. The day after the concert all the fans left, we were alone with a friend, and went out to have dinner. It was raining, the sad Arbat shone through the window, and I wrote a poem right on the napkin. Later, Elena Parshina, a member of the Kuban composers’ union, wrote music on these words, and that is how the song “Sad Arbat” well known to many Dears appeared. As for inspiration, absolutely everything inspires me. It can be some kind of a gesture, a sound, a comment, an act, or an action of a person. I am inspired by the music of Dimash, classical music, a concert I have listened to. In general, inspiration, like poetry, comes without asking.

– And how does your family treat your work?

– With great understanding and respect. Sometimes I even see amazement and admiration in their eyes. So, I am in the most favorable conditions in this regard. My family members are very supportive. They are my main critics, because they are the first to read my poems. When in June 2019 my first collection titled “When Dimash Sings” was released, in which all the verses are dedicated to the singer’s work, my dad, probably, was happy about it more than anyone else. I saw his eyes shining with delight after he picked up a book, and it filled my heart with great happiness. It was that very moment when I realised that I live and I write not in vain. Perhaps right now, when I am in the world of this beautiful music, I do exactly what I dreamed of for all my life and gradually went to it. Dimash often drops the phrase: “Dreams come true”, so my dreams have come true. Probably, all my life somewhere deep in my soul I dreamed of doing such creative work. 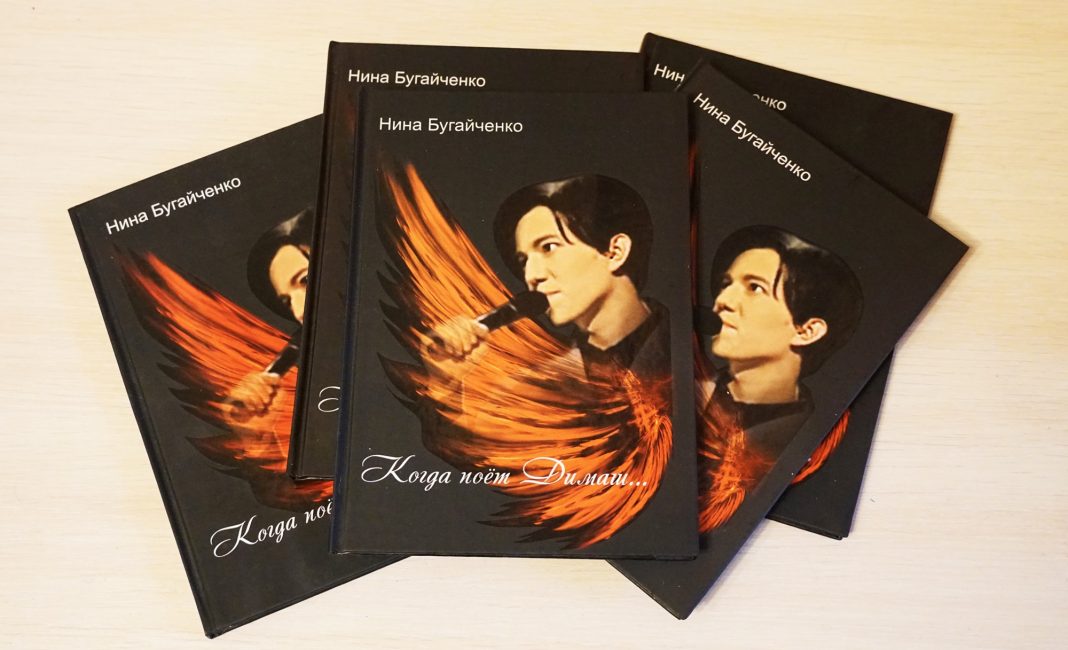 – How much has your life changed after you started writing poems?

– Very much. My life has become much brighter and more colourful. It showed other faces, very bright ones. I made a huge number of friends around the world. Now my poems are not just staying alone in the bookshelf, but they have their loyal readers. Now I post my every poem in my Instagram account. Often, I voice them, make a video. Several of my poems were translated into English, and the music was written on two poems which are “When Dimash Sings” and “Everything is Your Voice”.

– Thank you very much, Nina Yevgenyevna, for such an interesting, warm and sincere conversation!

– Thank you very much for your interesting questions!

We are glad to present to you several poems of Nina Bugaichenko: