“The Anthology of Kazakh Kyui “Amanat”: Preserving the Ancestral Heritage

“The Anthology of Kazakh Kyui “Amanat”: Preserving the Ancestral Heritage

In February 2021, there was a presentation of unique publication “The Anthology of Kazakh Kyui “Amanat”. In June, the creators of the collection presented their work in the United States. The author of the project, Sveta Babagul, shared with DimashNews the story of the creation of this massive piece of work. 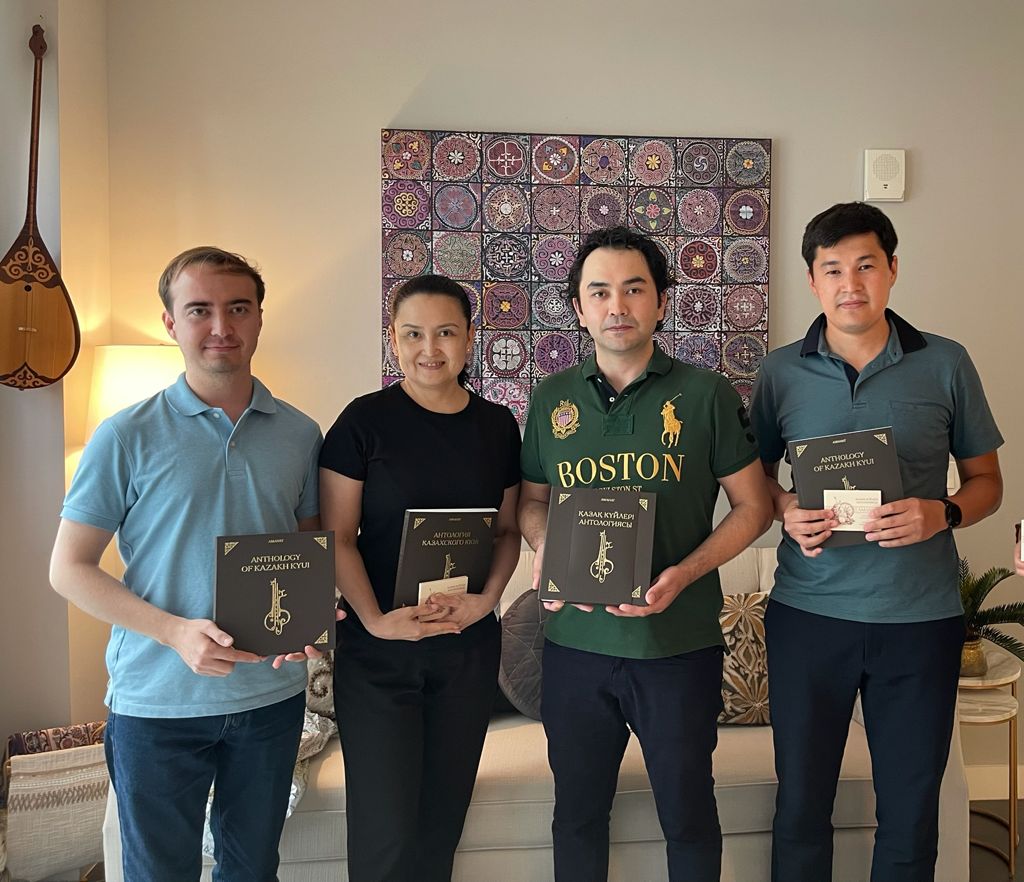 The idea to create a collection dedicated to one of the brightest treasures of Kazakh culture, the kyui, turned up eight years ago during a meeting with Aitzhan Toktagan, famous Kazakh dombra player.

We were talking about music and Kazakh folk art. Several years before the meeting, collection “Myn kyui, myn ian” (“Thousand kyuis, thousand songs”) was published. Then, Sveta Babagul asked Aitzhan Toktagan why only one thousand songs was included in the collection, because according to the information of culture expert Akseleu Seydimbek there were about 6-7 thousand of them.

Aitzhan Toktagan confessed that the collection includes only those kyuis that could be found in Kazakhstan’s archives. Something was lost, something was stored in the archives of other countries.

“At that moment, I felt uncomfortable. In my head, there was a question: is it really so challenging to collect and digitize all the kyuis in the XXI century in the highest possible quantity? Even though Aitzhan Toktagan warned me that this is a huge research work, which should be handled by the whole department, I still decided to give it a try. After all, nothing is impossible, and this was our duty to future generations”, Sveta shared.

After the conversation, Sveta Babagul decided to take the work seriously and approached the researcher Muslim Khassenov, who later became the co-author of the project. In order to implement the project, she had to go through various archives.

Not just another compilation 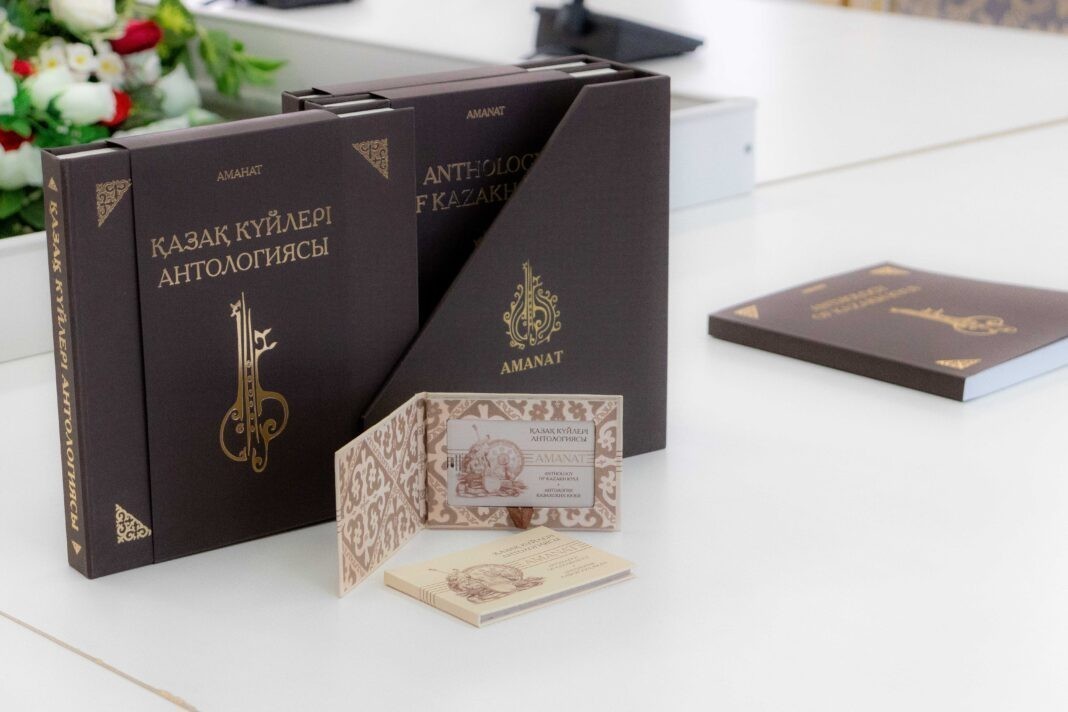 The Central State Archive of Film, Photo and Sound Records managed to obtain 300 kyuis, and another 200 were purchased from the private archives of Zhaulybai Imanaliyev and Ardabi Maulet, a native of China. Thus, public foundation Sauap managed to collect 500 works, previously not made public in good quality.

While working on the project, Sveta Babagul decided that it would be not just another collection, but a full-fledged scientific work with biographies of the authors, stories and legends about the kyuis.

“While working on the book, it was important that we get a quality work that stay relevant for decades. So that a person who takes it in their hands would immediately understand what tremendous work had been done at every stage,” Sveta Babagul says. 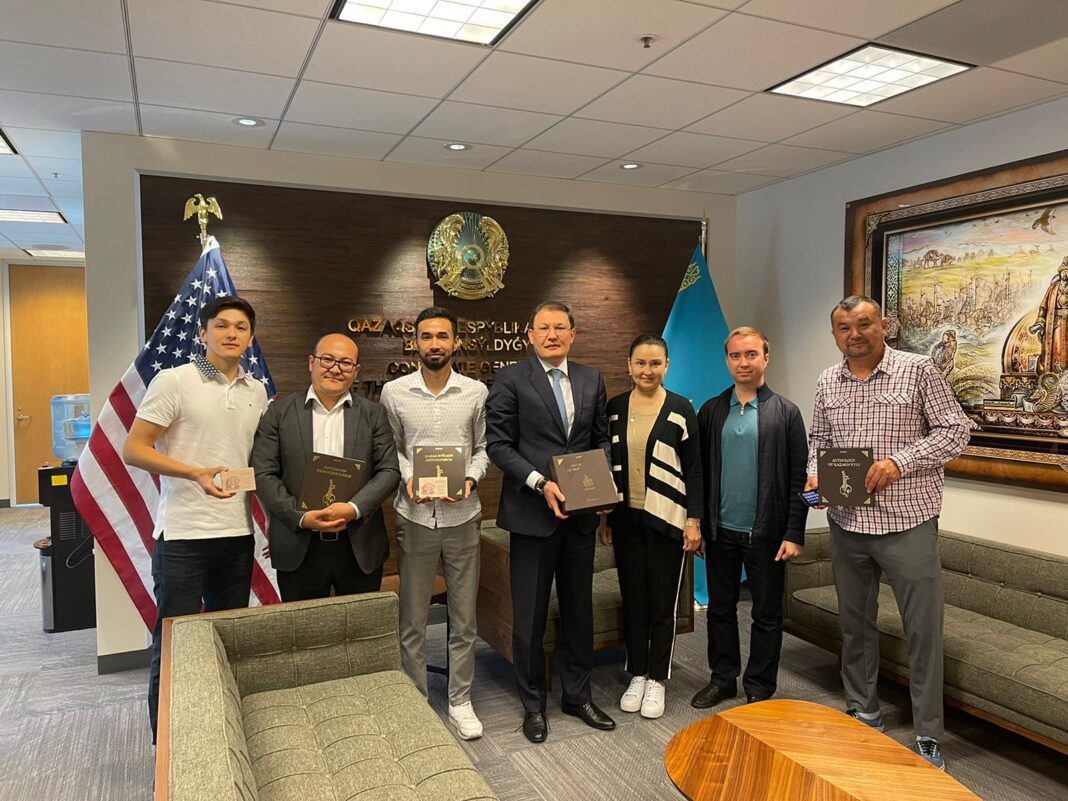 Sauap Foundation also wanted the collection to be preserved in history, so a decision was made to distribute it worldwide in three languages: Kazakh, Russian, and English.

Writers Zhangali Zhuzbay and Pernebek Shegebayev were entrusted with the theoretical part of the publication. At the same time, old recordings of kyuis were refined, digitized and restored.

The work on the collection lasted for eight long years, and each stage, from collecting the material to resolving copyright issues, required a lot of time and effort. The creators of the project say they were motivated by their responsibility to past and future generations because there shall be someone who gets responsibility for intangible values. 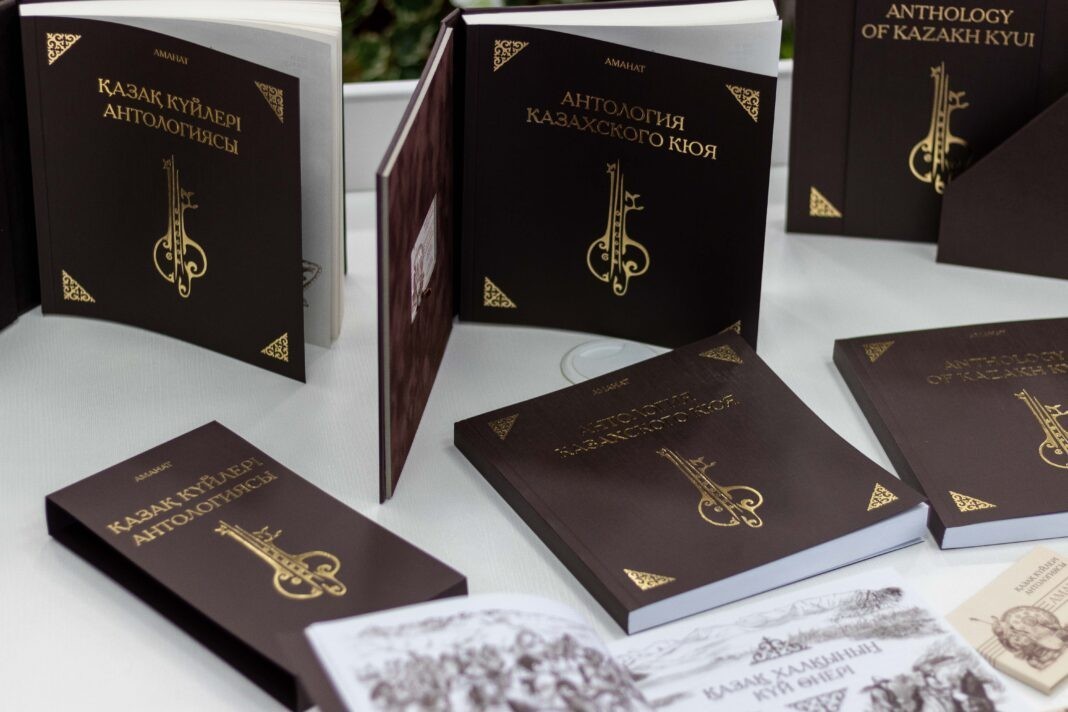 In the course of work, the authors of the collection came up with the idea that “Amanat” will be an entire cycle of scientific and educational work. The “Anthology of Kazakh Kyui” will be its first part whereas the second one will be devoted to the special types of Kazakh epos – Zhyr-Dastan and Terme-Tolgau.

“The work on the second part has been going on for a year and a half now,” Sveta Babagul explains, “and this project is much more complicated than the previous one. However, we hope to release it next year.

The Anthology of Kazakh Kyui in the United States 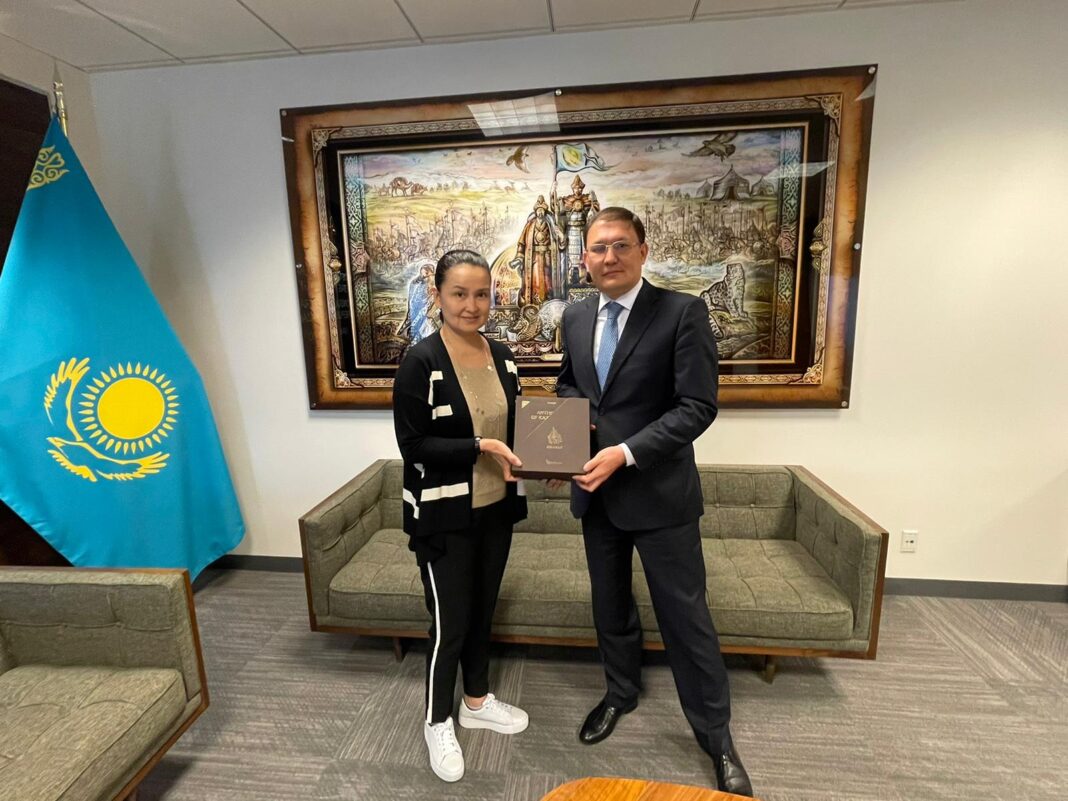 Sauap Public Foundation has presented its collection in the United States as part of a kyui promoting project.

The presentation of “Amanat” was held in New York on June 11, in Boston on June 15, and in San Francisco on June 18. On June 22, the collection was presented in the capital of the United States as part of the celebration of the 30th anniversary of Kazakhstan’s independence. The event was organized by the Embassy of Kazakhstan together with the Caspian Policy Center and Sauap Foundation.

Bakhytbek Smagul, Chairman of the Board of Trustees of Sauap Foundation and Member of the Majilis of the Parliament of the Republic of Kazakhstan; Yerzhan Ashikbayev, Kazakhstan Ambassador to the United States; Muslim Khassenov, co-author of Amanat; and Ambassador Susan M. Elliott, Chairman of the U.S. National Committee on Foreign Policy, moderated the presentation.

The presentation was made as a mini-concert with music performed on Kazakh traditional instruments – dombra, sybyzgy, and kobyz. Before the performance, Muslim Khassenov gave a brief description of the instruments and explained the meaning of each kyui. 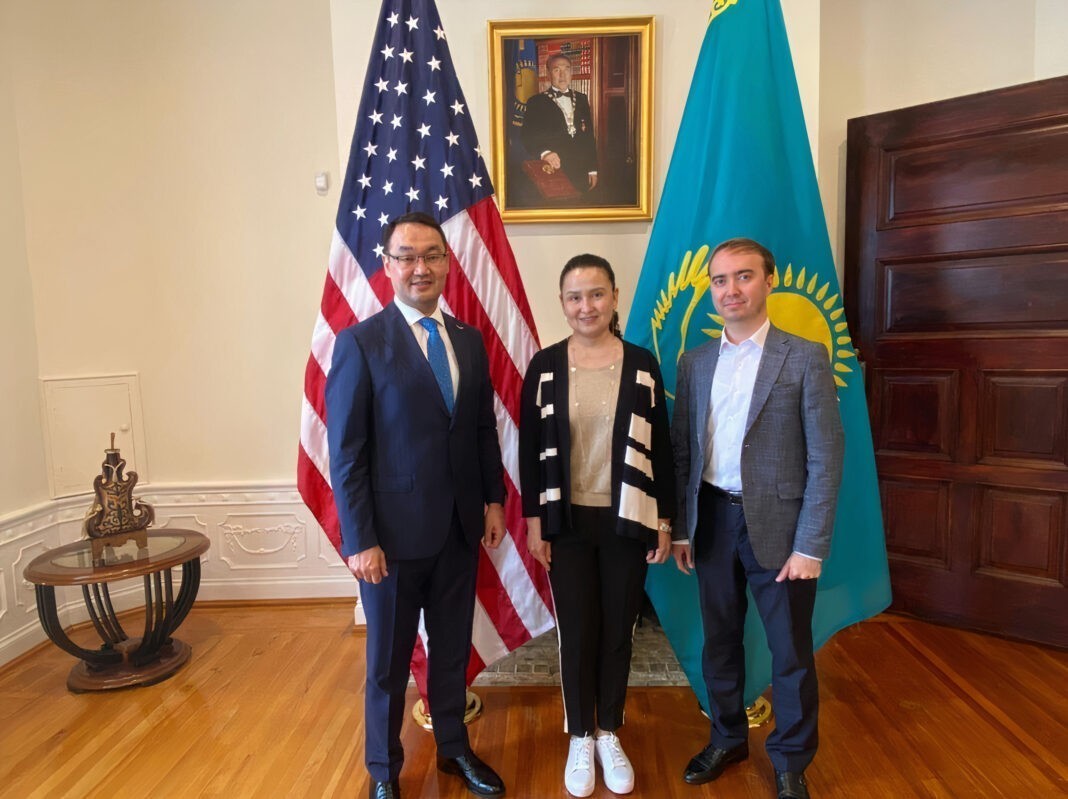 Muslim also noted that this was the first foreign presentation of the collection, copies of which were given to major US libraries in Washington DC, New York, Boston and San Francisco including the US Library of Congress.

The event aroused lively interest in the American community, with participants praising the work done and asking questions. As Muslim notes, there were many fans of Dimash Qudaibergen’s among the guests.

During a tour around the United States, the foundation staff noticed that Americans were actively studying Kazakh language and learning to play the dombra.

“When such huge projects are implemented, it’s a great victory. We have so many beautiful songs, which, unfortunately, young people do not listen to. Right now, we are witnessing how important part of our national culture is being lost, and we need to do our best to prevent this,” Sveta Babagul said.