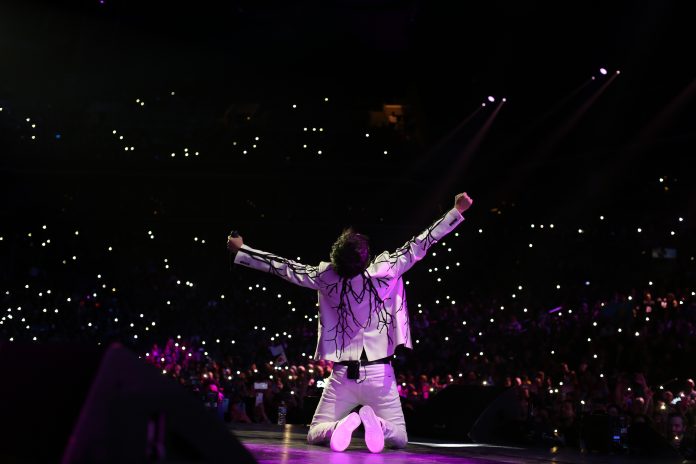 It is symbolic that the concert of Dimash Kudaibergen in New York took place on the eve of the main holiday in Kazakhstan – the Independence Day. And it became the best gift to his people. Indeed, Kazakh songs, kuyi were performed for the first time in the history of Kazakhstan, at one of the best arenas of the world, in New York. The whole world sang along with Dimash! Fans from more than 60 countries sung along with Dimash, memorizing his Kazakh songs. They are studying the language of the distant Kazakh people in order to understand what their favorite singer Dimash sings about. His songs crossed the borders, flew over the oceans, his voice touched the hearts of many, uniting people so different and yet so similar in their love of art. A huge resonance on social networks in all countries was caused by a video from a concert in New York. This is the power of art. Dimash’s appeals from the stage: “May there be unity in the world!” These words were heard by everyone. Because there is no place on the planet, a country where people do not want peace and unity.

Kazakhstan is a sovereign state, and its name is glorified by its talented sons and daughters. One of them is Dimash, who conquers the world with his amazing voice. The lines of the national poet Olzhas Suleimenov, whose poetry has also gone beyond all borders and is recognized throughout the world, come to mind: “Earth, worship the man!” In this case: “The world, worship Kazakh art!”. But, it seems, even without a call, the world admires Dimash’s powerful talent. Indeed, true art is boundless and perfect. And it always finds its way to connoisseurs of beauty.