Performer on the traditional Indonesian musical instrument sasando Natalino Mella has presented his version of the famous Kazakh song Daididau.

The sasando is a traditional musical instrument from the picturesque island of Roti in Indonesia. The sasando is a cither made of a bamboo pipe, the strings of which are plucked with fingers, like a harp.

Unlike other bamboo cithers, sasando has a unique resonator that surrounds the pipe with strings. It can be fanfolded or closed when not in use. The resonator is made from the leaves of the Borassus palm tree, which grows throughout Southeast Asia.

In 2017, after much deliberation, Dimash Indonesia Dears fan club decided to give Dimash a sasando as a present to express their gratitude from all of his Indonesian admirers, and, also, to introduce the artist to the culture of their country through what he likes best: music. 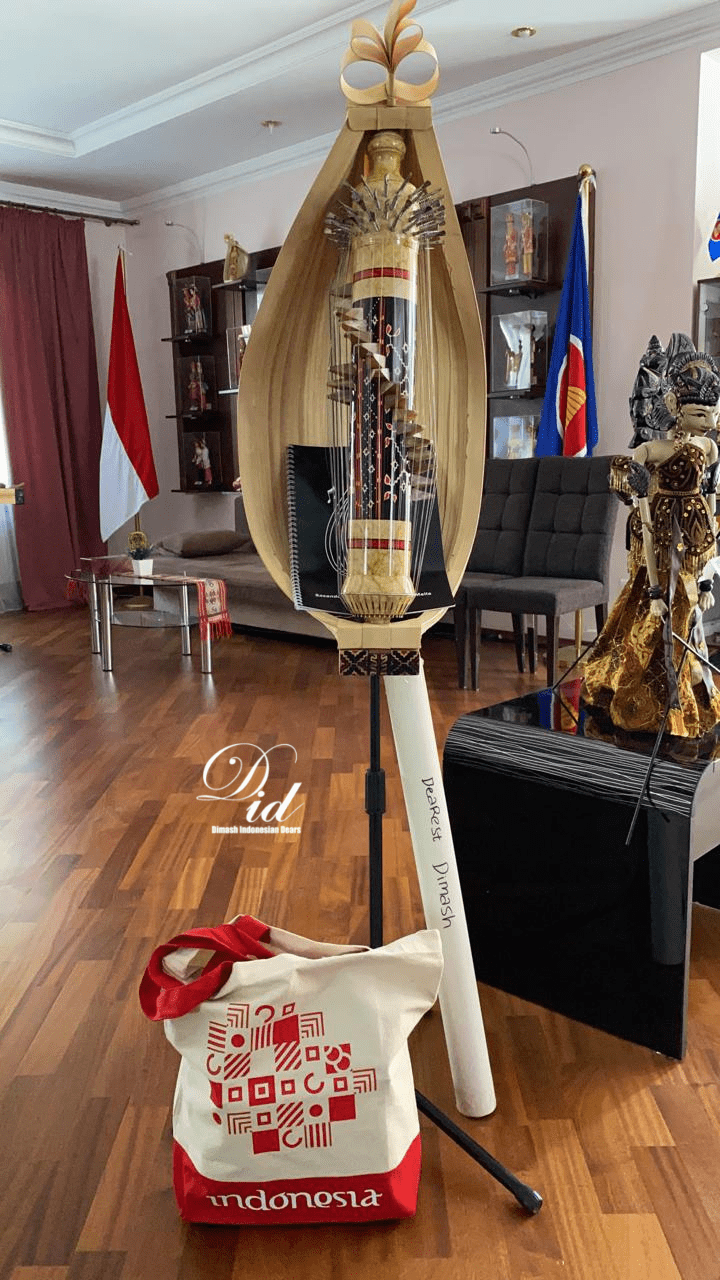 The Indonesian fan club established contact with a professional master and sasando player Natalino Mella. It was he who made the instrument presented to Dimash on May 26, 2021, when the singer visited the Indonesian embassy in Nur-Sultan.

There are many types of sasandos, each one handmade and unique in its own way. The sasando given to Dimash has 45 strings and a special stand. The singer was also given a tutorial on how to play the instrument. 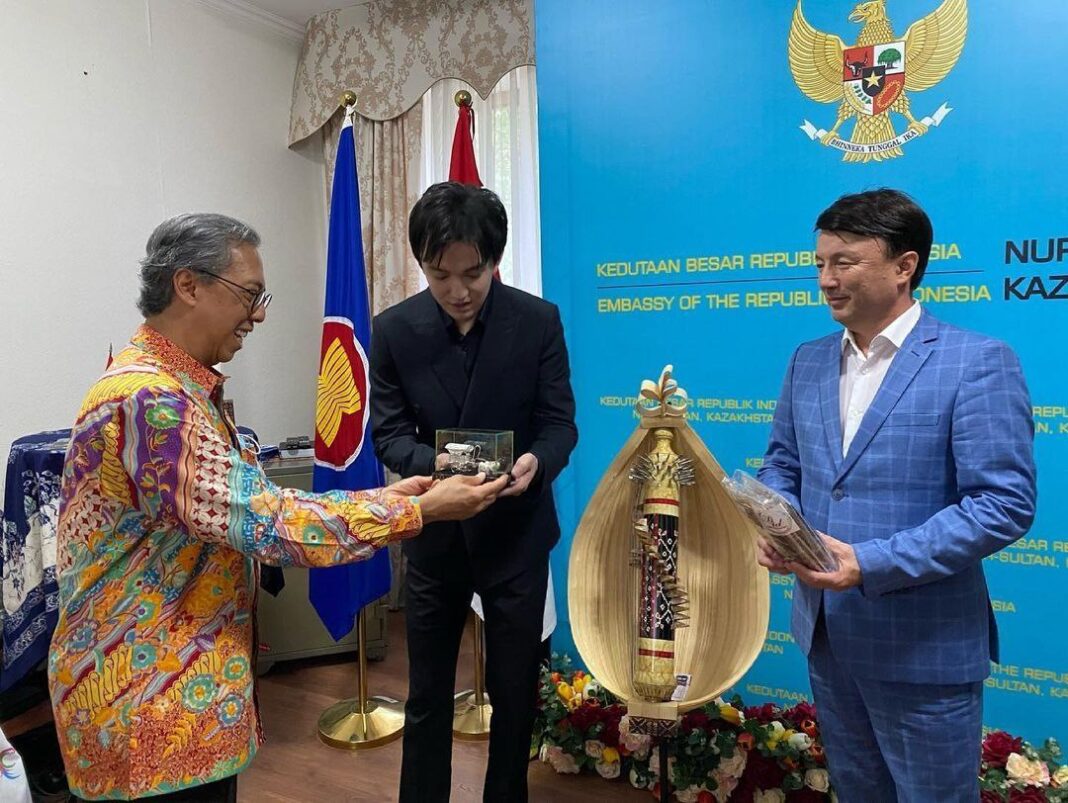 It took four years and numerous attempts by Indonesian Dears to send the sasando to Kazakhstan, until the gift was finally delivered to the Indonesian embassy just one day before Dimash had scheduled to visit.

And on June 17, the Indonesian fan club received an unexpected message from Natalino Mella, which included a video of him singing the legendary Daididau. It was a great honor for Dears to hear the song, a favorite of all Dimash’s fans, played on their traditional musical instrument.

Facebook
WhatsApp
Telegram
Twitter
Print
Email
Previous articleHow the Czech celebrate the anniversary of Kazakhstan independence
Next articleInstrument crossover Kazakh-style: “We want the dombra to be known all over the world”