Today we will share the story of Julia Selivanova – a “Dears” from Russia, who directed her love for Dimash to creativity.

For the first time, Chinese fans of Dimash were called “Dears”, later fans around the world started to use this word.

At his concerts, Dimash constantly calls his listeners “Dears”. When he was asked why he uses this word, he said: “Fans call us, singers, stars. And my fans treat me with great love and respect, they appreciate my work so much, and I, in turn, also wanted to show my appreciation, and therefore I chose this word”.

Julia spoke about her first acquaintance with Dimash’s talent, what inspires her to write poetry about him, and much more. 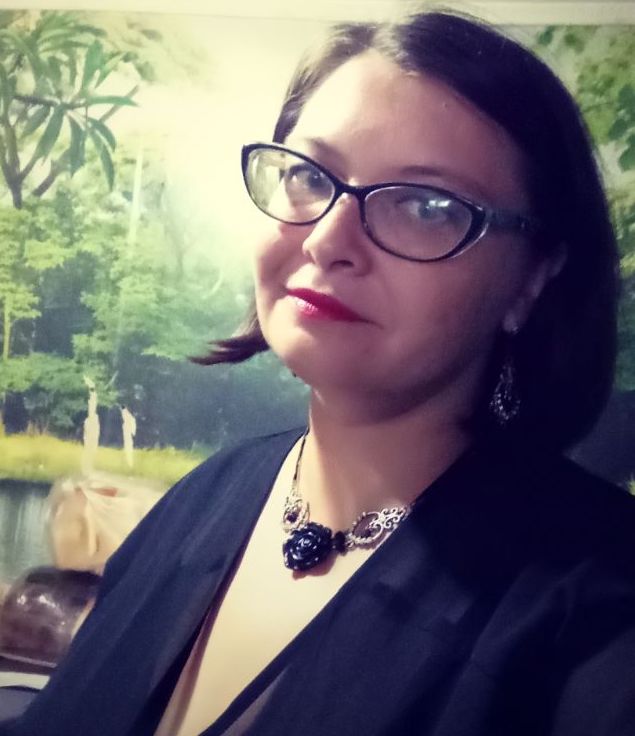 – How did you get acquainted with the work of Dimash? How did you find out about him and what were your first impressions?

– I have never been interested in modern music. I listened to classical music, and to some foreign singers of the last century. I liked music of Qween, Elvis Prestley, Frank Sinatra, Edith Piaf, Michael Jackson and others. But in 2017, I started to come across the name Dimash Kudaibergen more and more often. And everyone were so enthusiastic about him. I then asked my eldest daughter (she was up to date with contemporary performers) what she knew about him. She told me: “Mom, look up “I’m singer” contest on Youtube. But start from the first round … After this song, I wrote my first poem about Dimash. 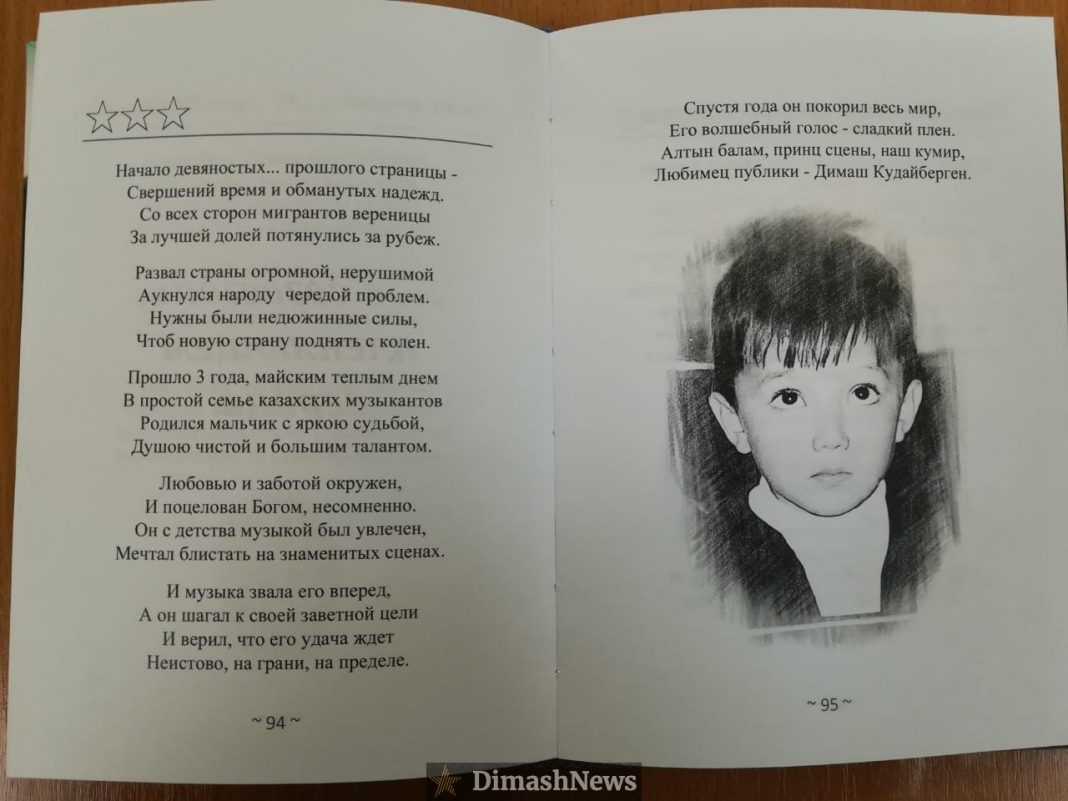 – There are completely incompatible trends of musical art in the work of Dimash. Thanks to Dimash I became more acceptable of some genres of music, for example, rap music. Earlier, I did not take this musical genre seriously at all.

– Where did this idea to create different things in honor of Dimash come from?

– I have this habit of writing my impressions, one might say, reactions to particular events. When I became interested in Dimash, I watched many of his videos, and followed the pages of other fans of his talent, in the comment sections I wrote my poems. After some time, I gathered so many poems enough to publish a book. So I did it, it is called “Life-giving spring of beautiful music.” Trial copies have already been published and I express my deep gratitude to everyone who helped me with their publication. 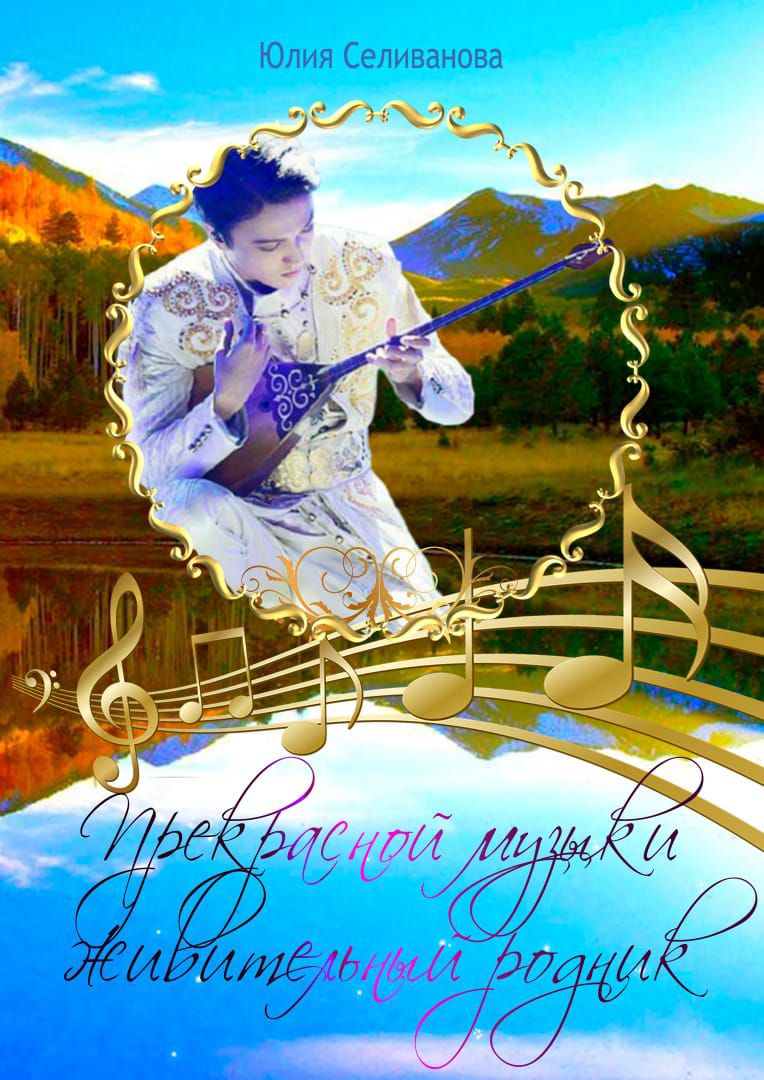 – Why do you write poetry from the point of view of three different “characters” (Alice, Julia and a ray of light)?

– These are not different characters, but different people. In fact, Alice lives in Austria, and the Ray of Light in Semey. But we know each other only by correspondence and I don’t know much about them. I don’t even know the real name of the Ray of Light, its just a nickname. However, this does not prevent us from communicating and creating together. We have different writing styles, different views, but we have one thing in common: admiration towards Dimash Kudaibergen’s talent. 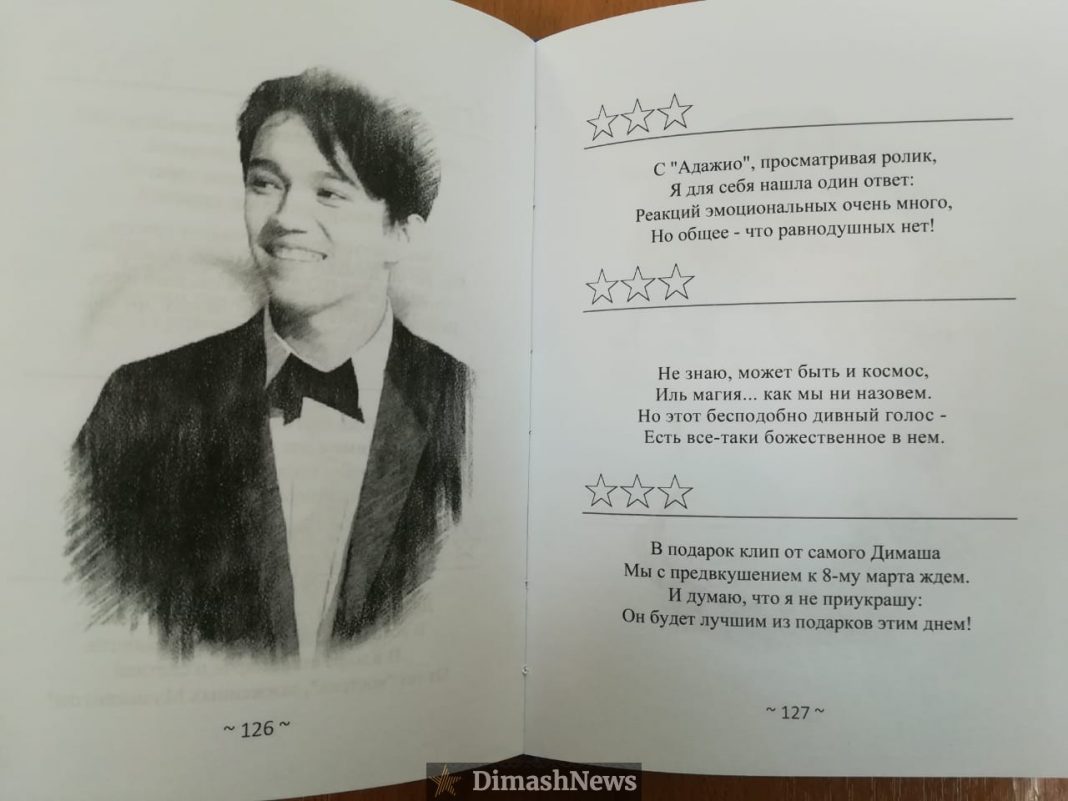 – Do you keep contact with other fans of Dimash?

– Yes, of course. Thanks to Dimash, I made a lot of friends from different countries. In the city of Karaganda, I am in the club Dimash Karaganda Region, in which besides me, there are 40 participants. This, of course, is not a lot, but, I hope, time will pass and there will be more members. 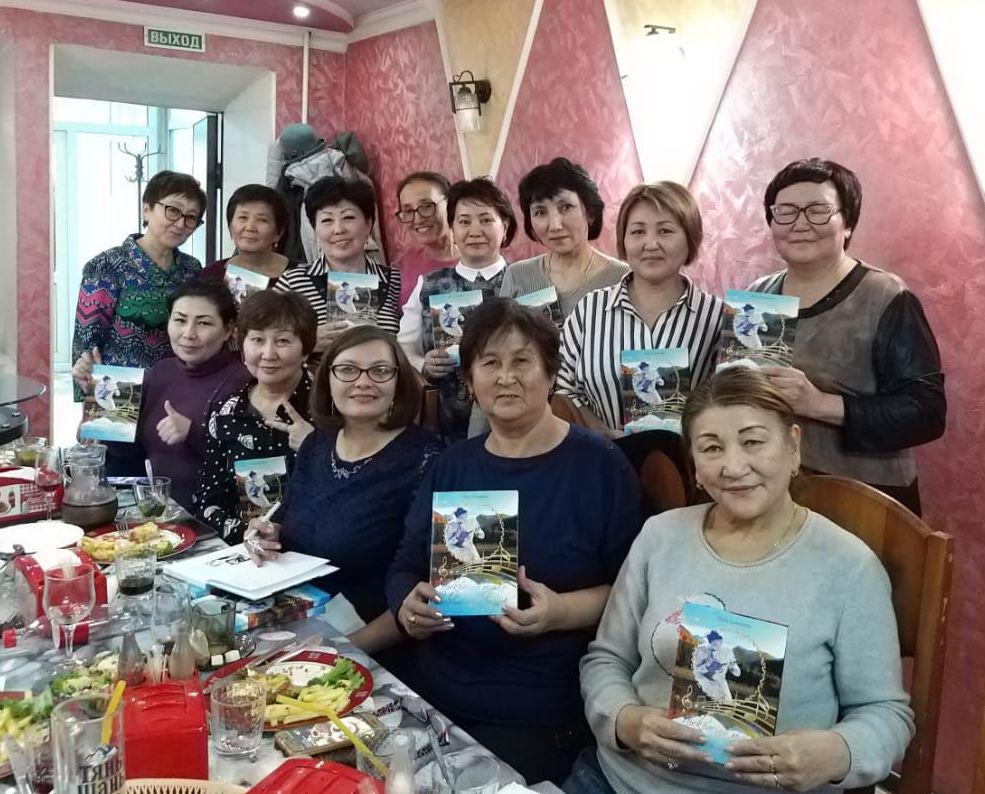 – How do people relate to your work, what kind of feedback do you get?

– I can’t answer this question. Only people who read my work can comment on that. But almost all comments that I receive are always positive. I am pleased with this aspect. When I write, there is a lot of specificity in my poems. Sometimes it’s good, sometimes it’s not. But it is for my readers to judge.

– What is the main quality of Dimash, in your opinion?

– Purposefulness. This is what I value in others and at the same time what I lack.

– If you ever meet Dimash, what will you do?

It would be interesting to just talk. I think we would find common themes with a cup of Dimash-tea. 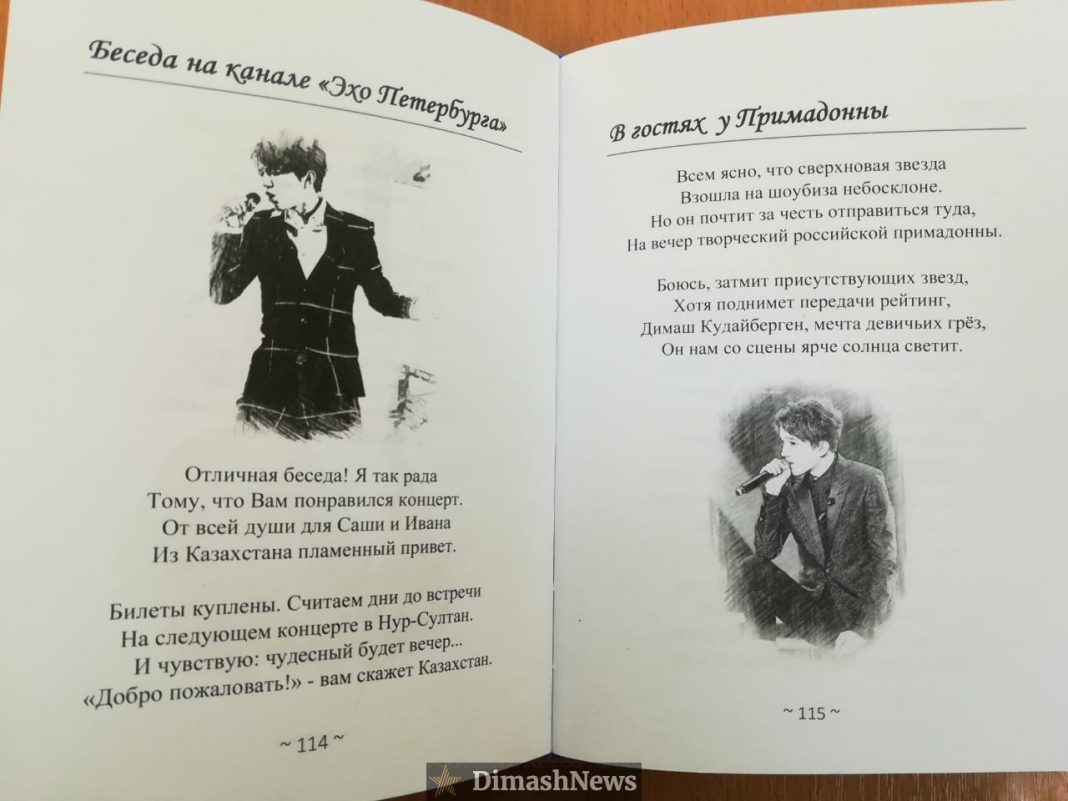