Dimash congratulated the first Kazakh artist to win a Grammy

Dimash congratulated the first Kazakh artist to win a Grammy

The winners of the Grammy-2021 Music Awards have been announced. For the first time, a representative of Kazakhstan, Imanbek Zeykenov, became its laureate. 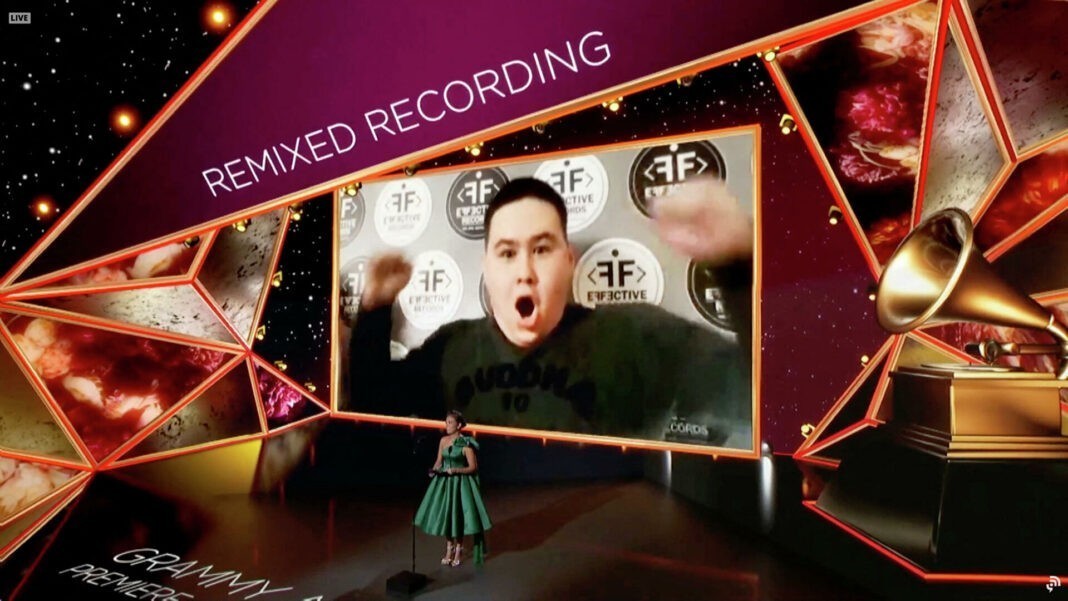 The remix of the track Roses by SAINt JOHN, made by Imanbek Zeikenov in 2019, became an event in the leading dance charts of the world. In November 2020, it was announced that the song was nominated for a Grammy Award in the category “Best Remixed Recording”.

Tsus, according to the results of the 63rd Grammy Awards ceremony, the track Roses (Imanbek Remix) won in its category, overtaking the work of reputable music producers.

This award was a special event for the music industry of Kazakhstan. Imanbek is the first representative of his country to receive a Grammy, as well as the first musician from the former USSR to win this award in the category of non-classical music.

Interestingly, before his remixes became famous, Imanbek worked on the railway in the city of Aksu, Pavlodar region. Now the home hobby of electronic music has grown into the main activity of a 20-year-old Kazakhstani.

Imanbek receives congratulations from different countries. However, in Kazakhstan, this news was received with special enthusiasm.

The President of the country conveyed his congratulations to the artist. The press secretary of Kassym-Zhomart Tokayev wrote on his Facebook:

«President of Kazakhstan Kassym-Jomart Tokayev with great joy and enthusiasm welcomed the news about the winning the prestigious GRAMMY award to the young Kazakh musician Imanbek Zeikenov. Thanks to his talent and dedication, DJ Imanbek has won one of the main trophy of the world show business. His work showed that gifted young people from Kazakhstan could conquer the highest peaks! On behalf of Kazakhstan’s President, I congratulate Imanbek on this bright victory and wish him new creative successes!»

Dimash Qudaibergen also expressed pride in the first Kazakhstani who received such a high assessment of his work at the international level.

“My golden brother, congratulations on your great victory! With your talent, you have raised the status of our people. May today’s starry moment lead you forward for many years. Let a real Kazakhstani DJ and songwriter be the same as you. Don’t get tired, don’t get tired, fly high!”

“Congratulations from the bottom of my heart on receiving a Grammy! This is a historic moment for Kazakhstan! You’re a big lad! Keep it up, every musician’s dream and you reached it in your 20s! I sincerely rejoice at your victory!”

Congratulations on the post of Imanbek on Instagram were left by David Guetta. Well Deserved was written by a renowned French producer and DJ. It is known that the Kazakh artist has already started professional cooperation with him.

DimashNews team also join in all the congratulations. We are sure that the victory of Imanbek Zeykenov is only the beginning of a long history of achievements of Kazakhstanis in the world music industry!

Believing that music can help everyone, Giada, a fan of Dimash from Italy, has been going out on her...
Read more

Dombra players Temirlan Olzhabaev and Ernat Nauryz, who performed with Dimash in the "I am a Singer" competition as...
Read more

For the 30th anniversary of Kazakhstan's independence, a number of events have been scheduled planned in the Czech Republic....
Read more

For the sake of children’s happiness

How Latvia and Kazakhstan deliver events for kids with special needs. The Embassy of Kazakhstan in Latvia and the Department...
Read more