DimashNews continues to reveal behind the scenes of Dimash Qudaibergen’s first online concert. Today we are talking about the work of the people who were responsible for how the show and artist looked. 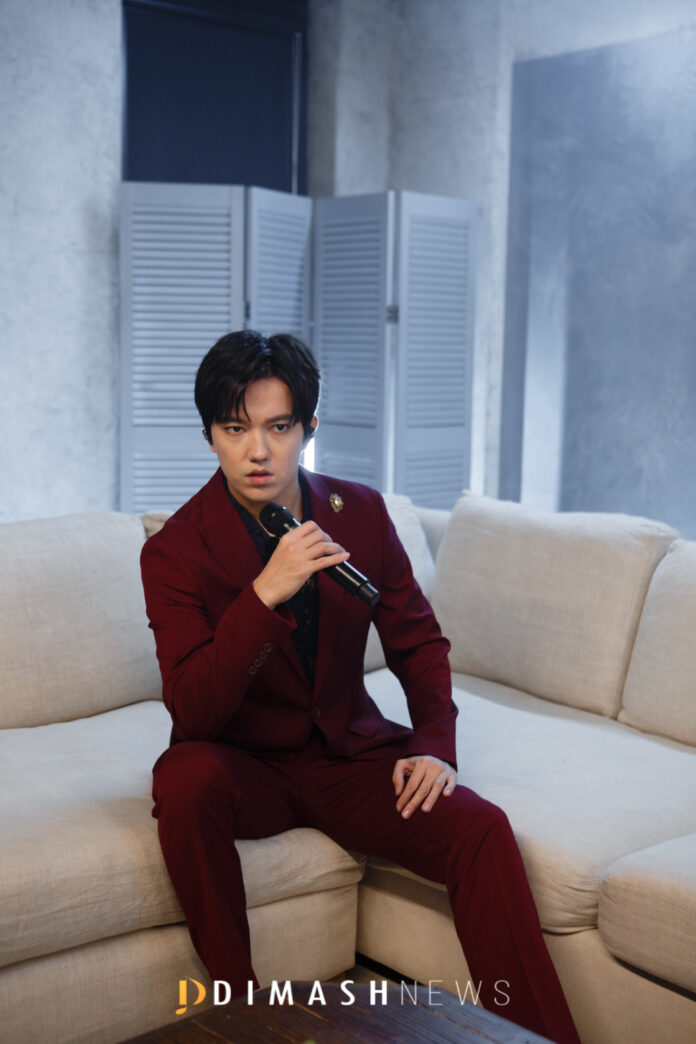 After the first broadcast of Dimash’s online concert, many viewers were greatly impressed by its visual component. What were the details behind the scenes of the DIMASH DIGITAL SHOW? 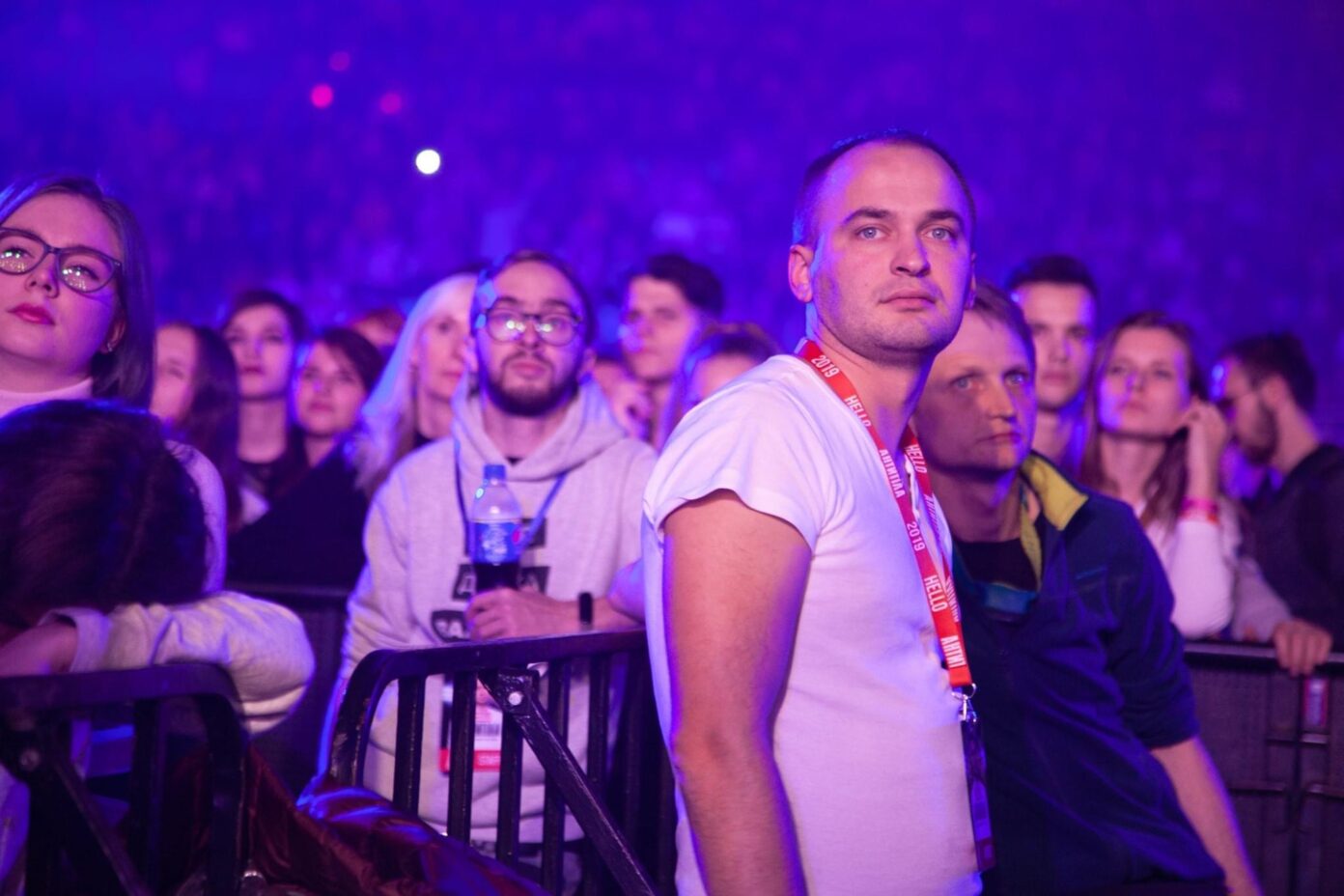 Visual effects are very laborious and require a lot of time and effort. On average, it took about 2-3 days to create video content for each DIMASH DIGITAL SHOW item, depending on the performance and dynamics of the performance.

The most important link in the creation of any show is the director who selects references, correctly formulates tasks and prescribes a script for the subsequent creation of graphics. After receiving specific assignments from the director, visual effects artists begin creating content. 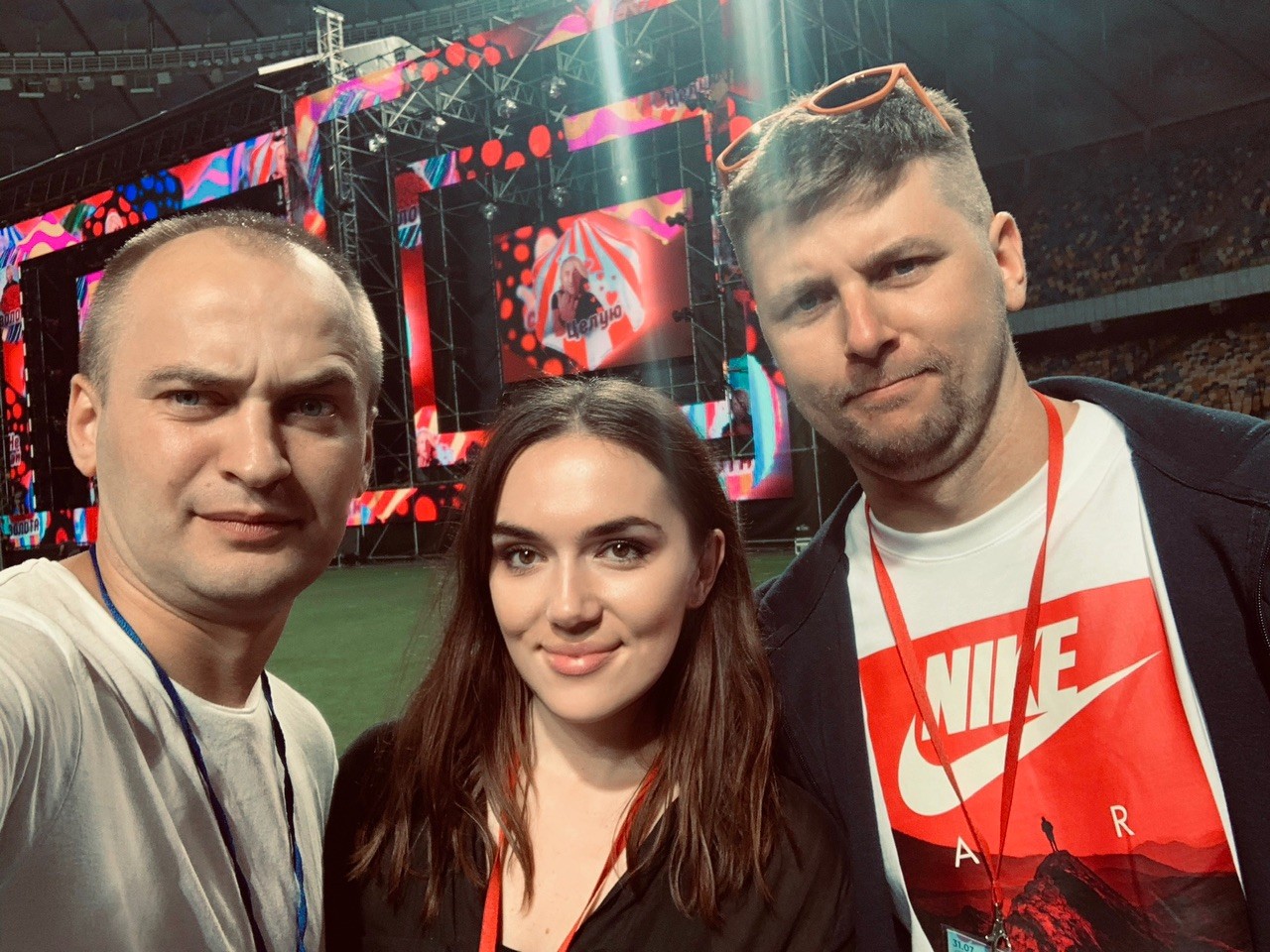 According to Oleg Kindrativ, the work on DIMASH DIGITAL SHOW was very interesting and non-standard for him. First of all, the concept of the scene was in the form of a cube of LED screens and it was necessary to figure out how to create graphics in such a way that in the final version it would be reproduced seamlessly on the screens and read as an integral volumetric image, immersing the artist in new multimedia decorations or atmosphere.

“I would like to thank Dimash and his team for entrusting us with such work and for bringing a lot of pleasure during the preparation of the show. Special thanks to Anna Oboyanskaya, who, in my opinion, is the best and most talented director I have ever worked with. I hope that watching “Dimash Digital Show” has brought a lot of pleasure and wonderful impressions to Dimash fans all over the world! “,  stated Oleg Kindrativ while sharing his impressions.

Artists from the Forsyth Dance Theater headed by choreographer Alexander Leshchenko worked on the spectacular choreography for each number of DIMASH DIGITAL SHOW. 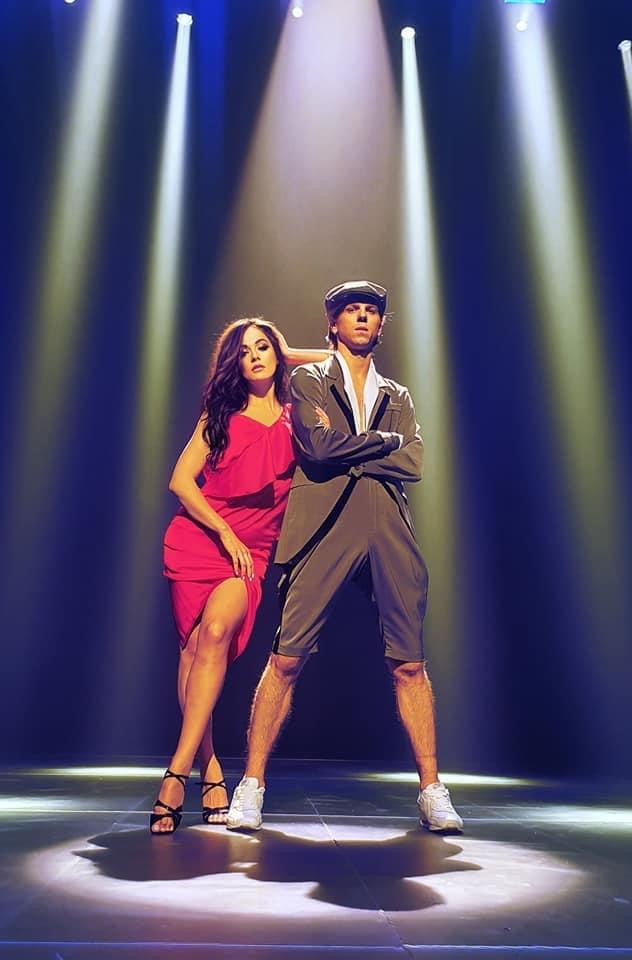 The Forsyth team is 14 years old, and have performed their own dance creations in more than 25 countries. They have experience collaborating abroad with many artists from near and far.

Alexander Leshchenko said that the work on “DIMASH DIGITAL SHOW” was easy and as completed as if in one breath. Each dancer from the group who took part in the online concert was very inspired by both the music and the voice of Dimash.

Most of all, Alexander enjoyed choreographing the new song “Be with me”, which inspired the dancer with its lively and lively rhythm.

“Dimash is a great fellow. He approached all dance numbers responsibly during rehearsals and during the concert itself. By the way, in his improvisation one can see the love for the work of Michael Jackson! And this is good news! We are on the same wavelength! ” said Alexander Leshchenko.

The main stylist of DIMASH DIGITAL SHOW is Ukrainian designer Valeria Semchuk. It was a great pleasure for her to work with Dimash. 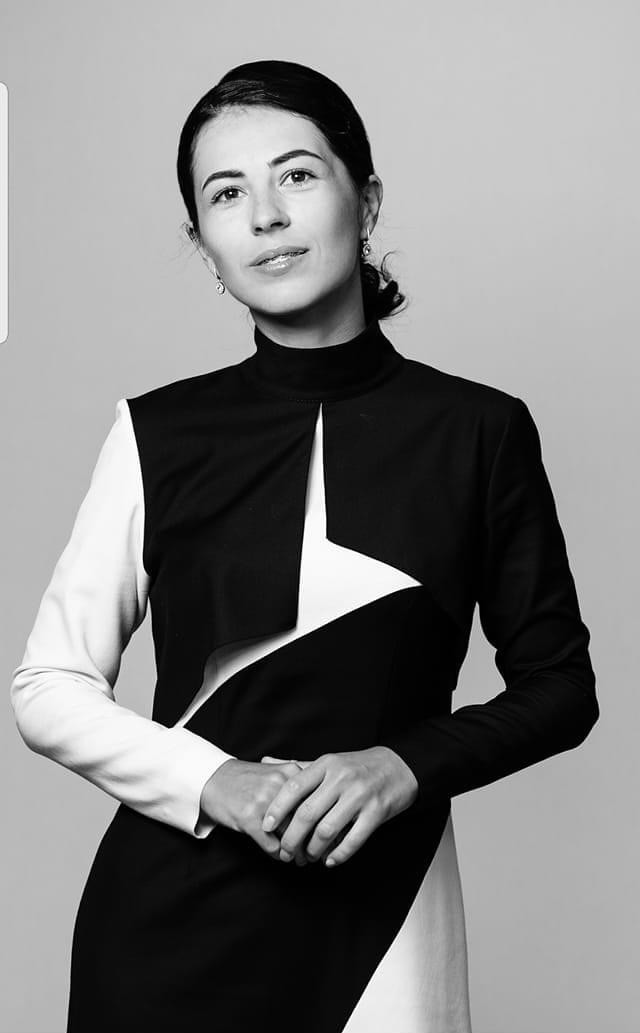 “When an artist inspires and motivates, the stylist can only listen to her own feelings, so that images ideally suited to the moment and personality arise by themselves,” Valeria added.

Six outfits were chosen for the concert. All of them are bright and very different, but at the same time in the style of Dimash.

The very first image is a burgundy suit with an openwork shirt, in which the artist opened the concert. 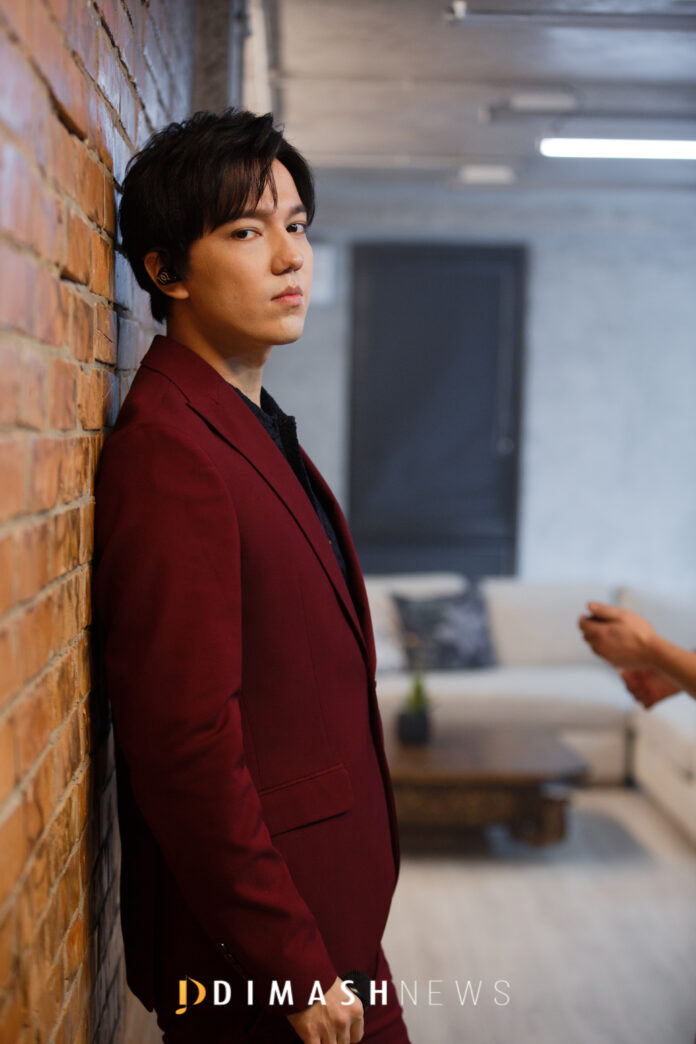 Furthermore, several images in leather were prepared, not only for Dimash, but also for his team. 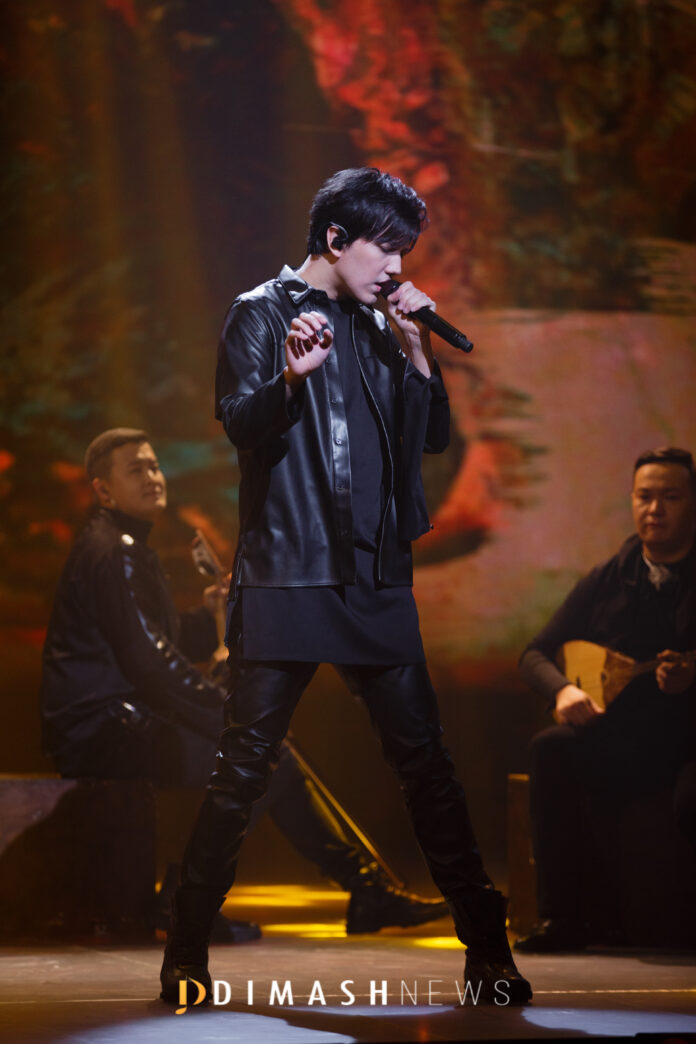 Another image is neoclassical, where the main highlight is an elongated waistcoat without a back, reminiscent of a conductor’s tailcoat. 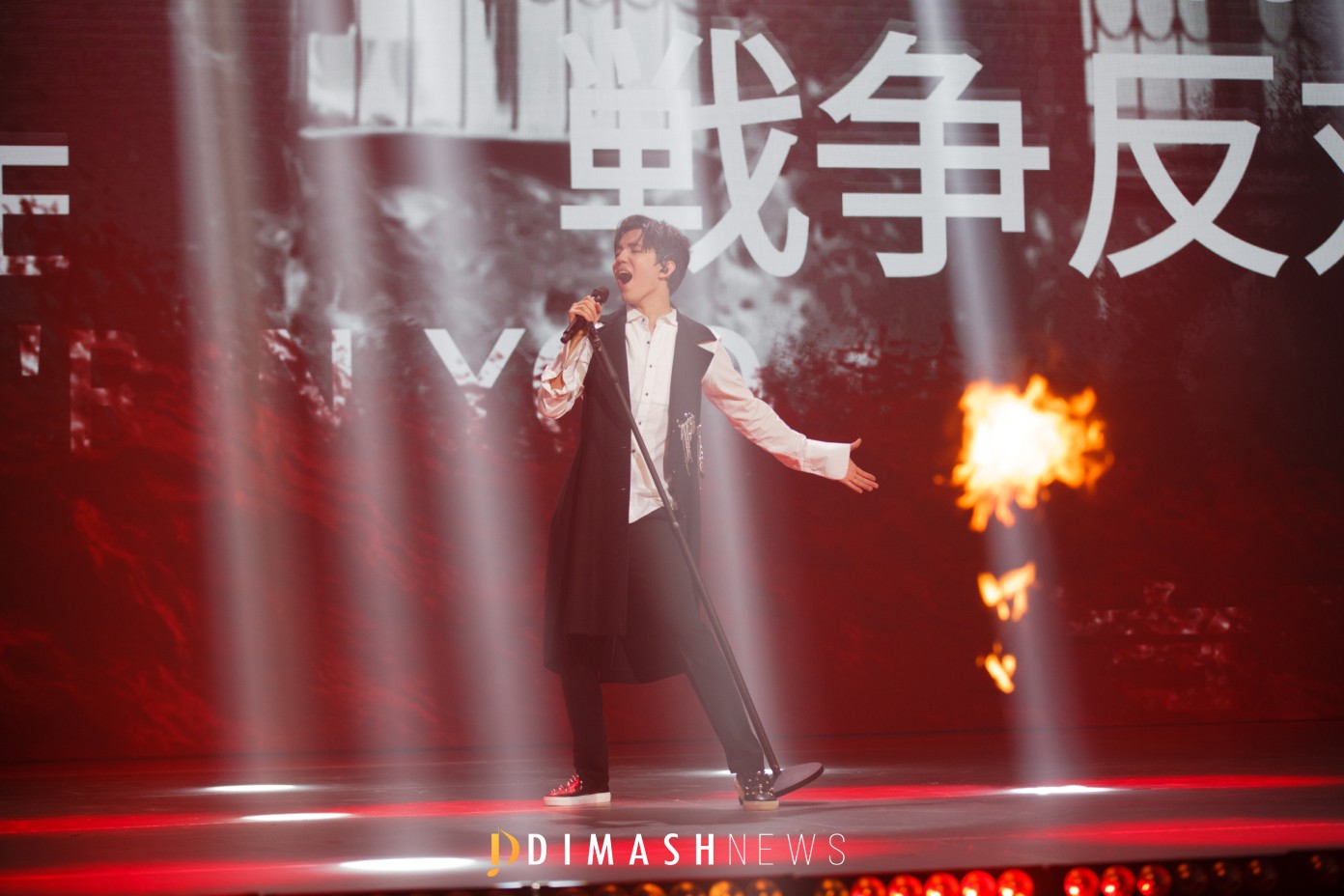 The most delicate image was a light gray tuxedo with a transparent T-shirt, which the audience saw in a room with a white grand piano, where it was impossible to take their eyes off the lyrical hero. 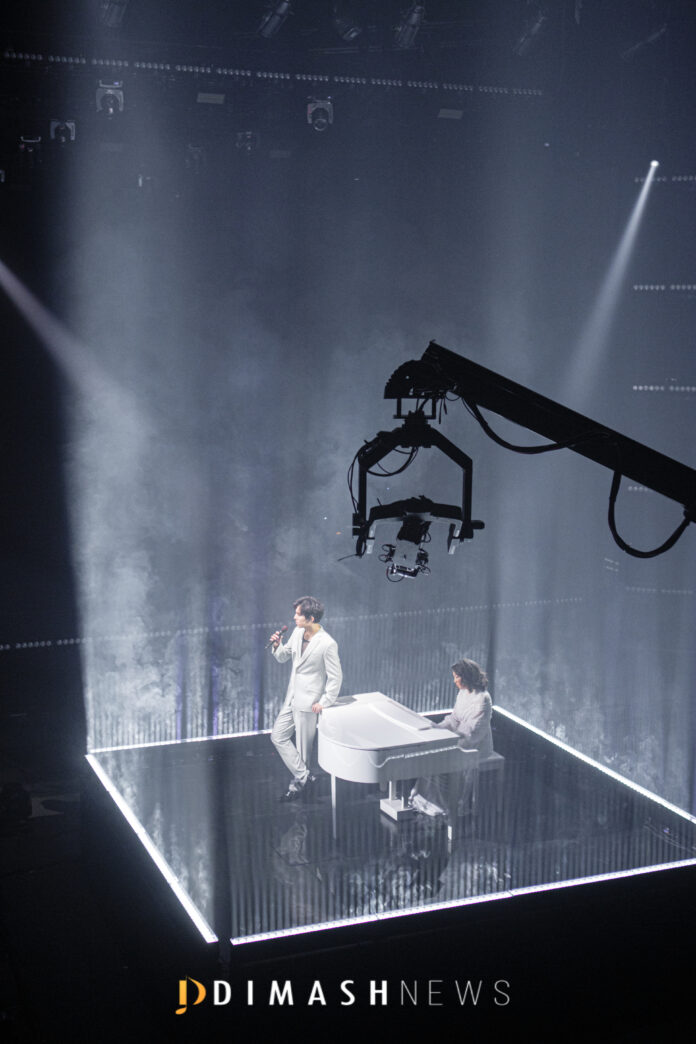 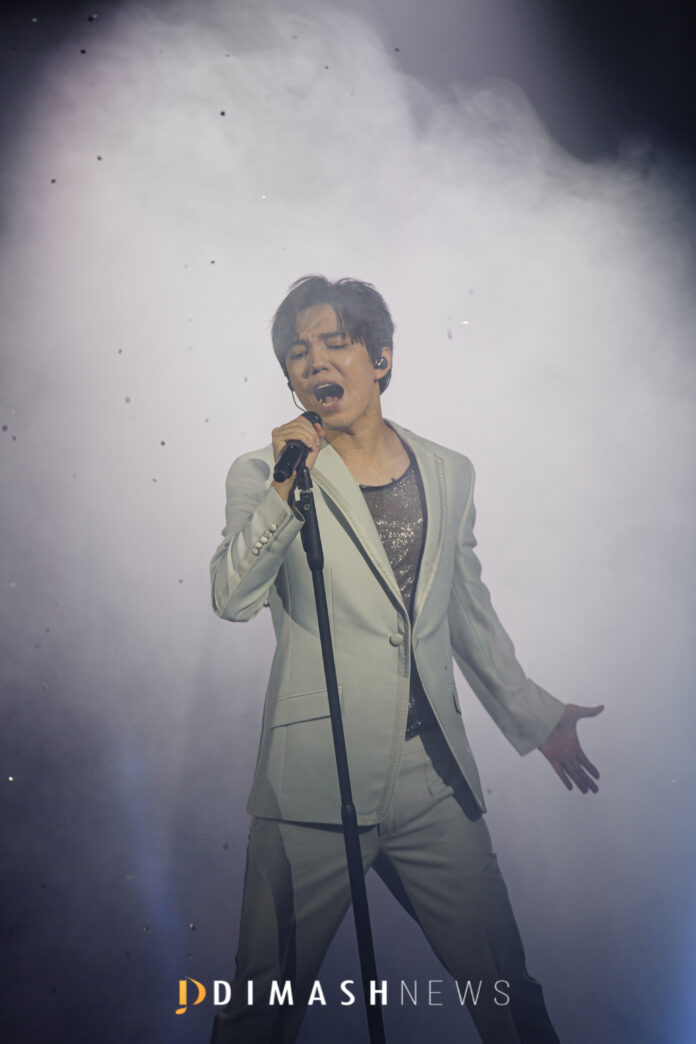 For the last look for the new song “Be with me,” a “fire” style jacket was chosen. 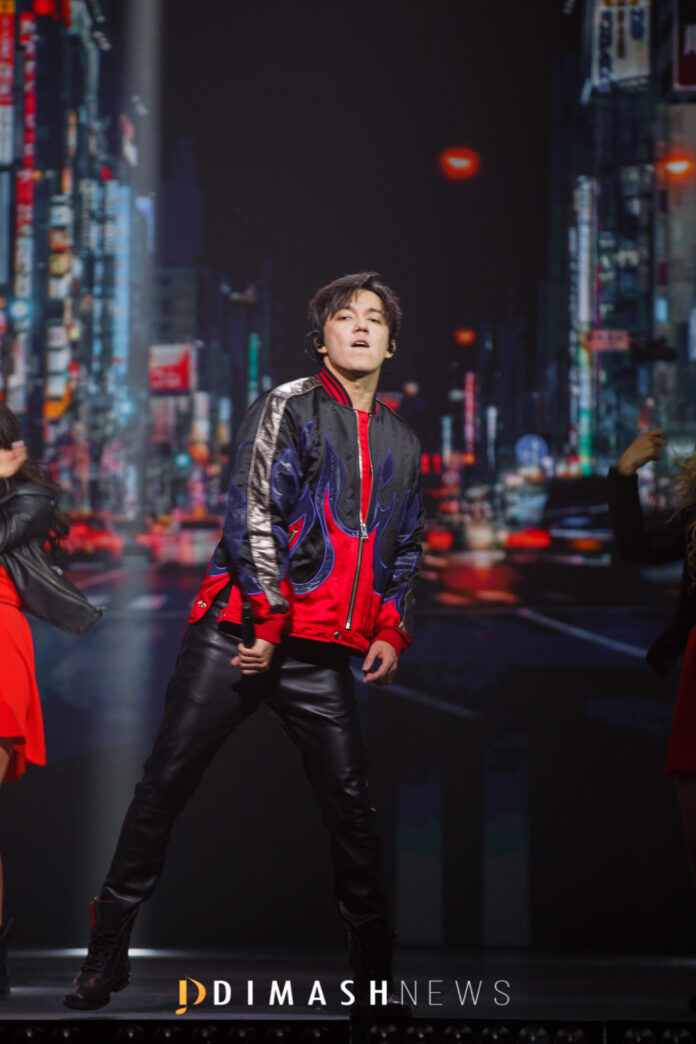 “We thought that since the song is fire, then the image should be appropriate,” said the stylist.

Most of the concert looks were created by Serge Smolin, one of the trendsetters of men’s fashion in Ukraine, based on his IDOL brand designer collections. 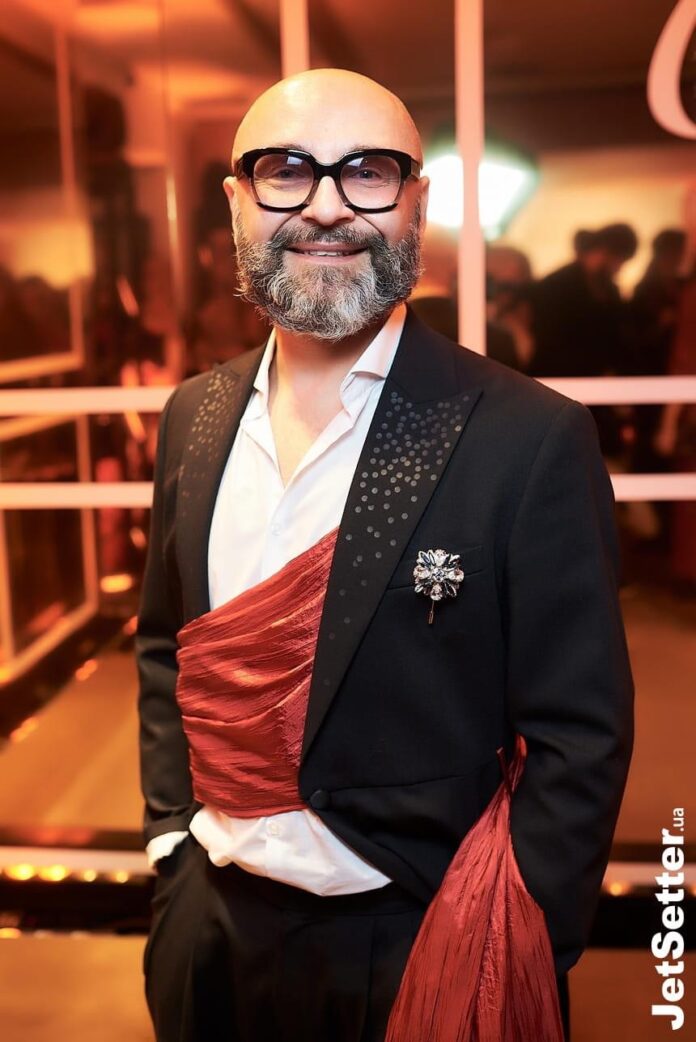 The collaboration of the famous designer with Dimash began during the ARNAU tour.  Later, at a Kiev concert at the Sports Palace, the Kazakh performer conquered everyone with his appearance in a scarlet suit from the collection with the symbolic name “Save the Planet”. 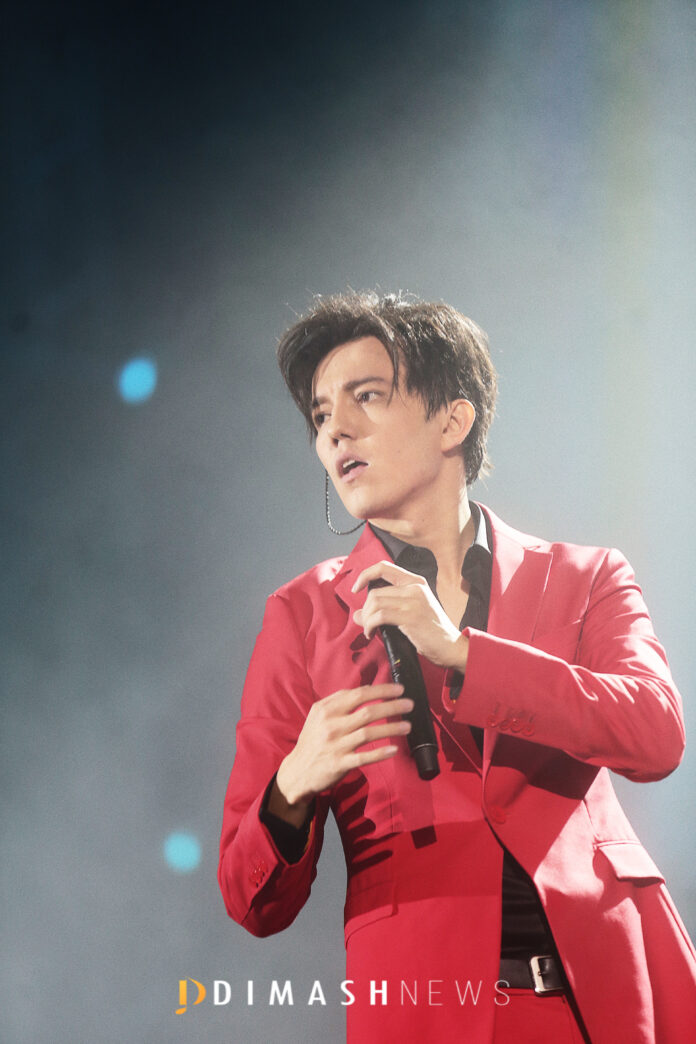 “I am proud that for the new concert “DIMASH DIGITAL SHOW”, the products of my design were chosen: an openwork navy blue shirt, an elongated black vest and a pearl tuxedo. I clearly understand what he will look good in, even without his trying them on, because Dimash has definitely the parameters of a model, and the clothes on the catwalk appear special,” disclosed Serge Smolin.