During the live broadcast on Dimash’s birthday, Dears noticed that the singer stores musical instruments given to him by fans from different countries in his studio. One of these instruments is a harp, which was given to Dimash by the fan club in Belarus named DimashDearsBelarus. 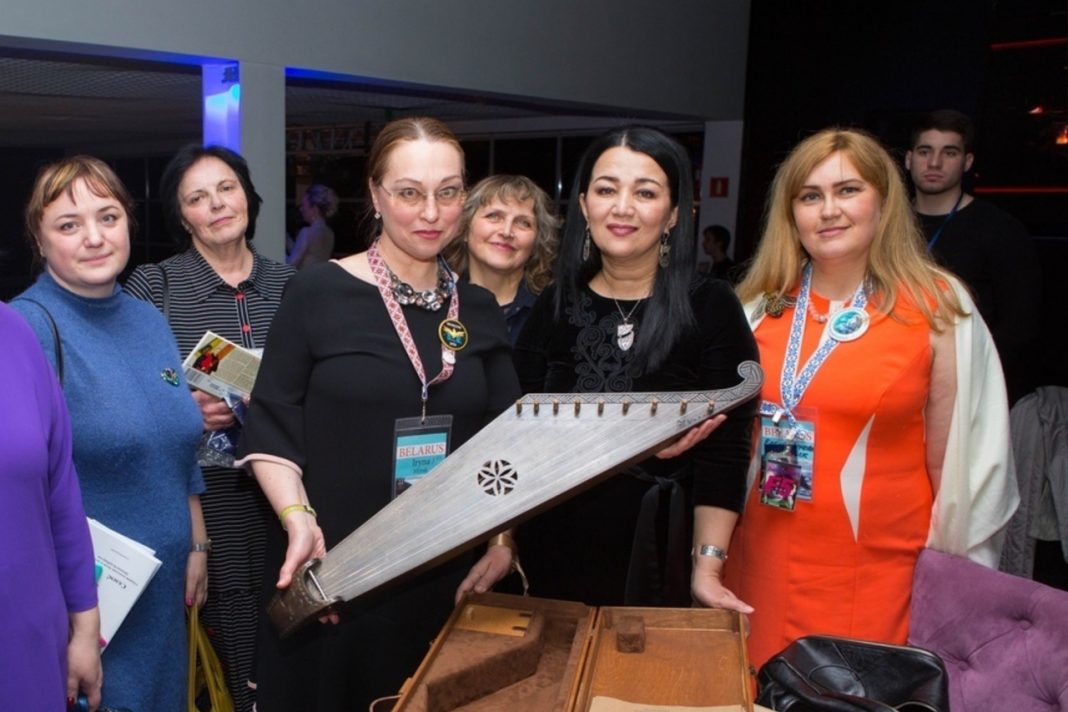 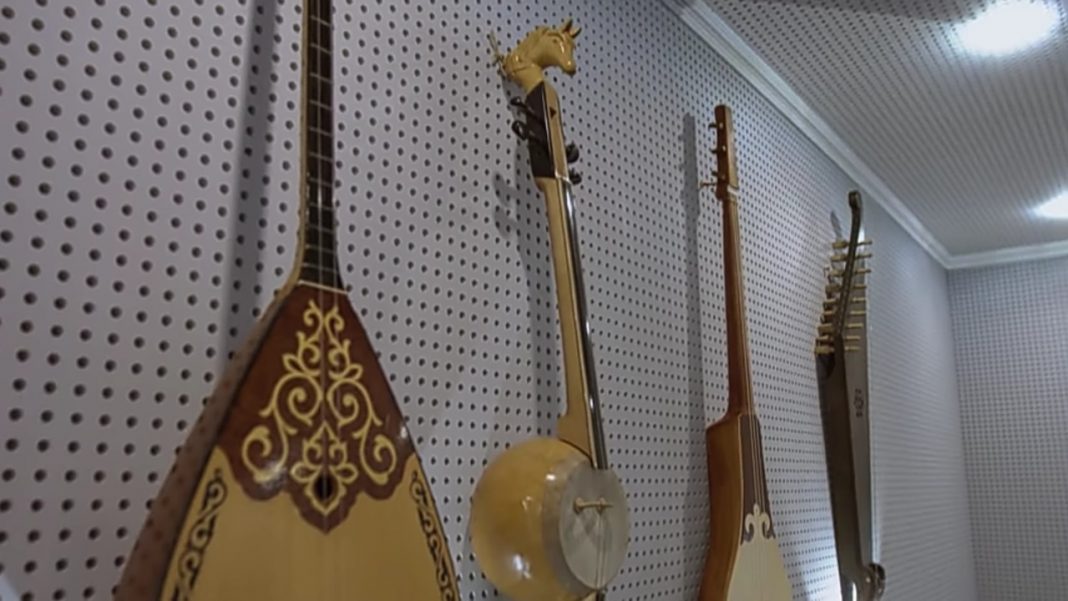 A personalized musical instrument called a Gusli was presented to Dimash during his Moscow concert in 2019. It was specially made for Dimash by the famous Belarusian master and musician Sergey Chubrik. Ales Chumakov, a musician from the Belarusian group “Stary Olsa” tested it skillfully by masterfully performing the Belarusian folk song “Lyavonyha” on it. 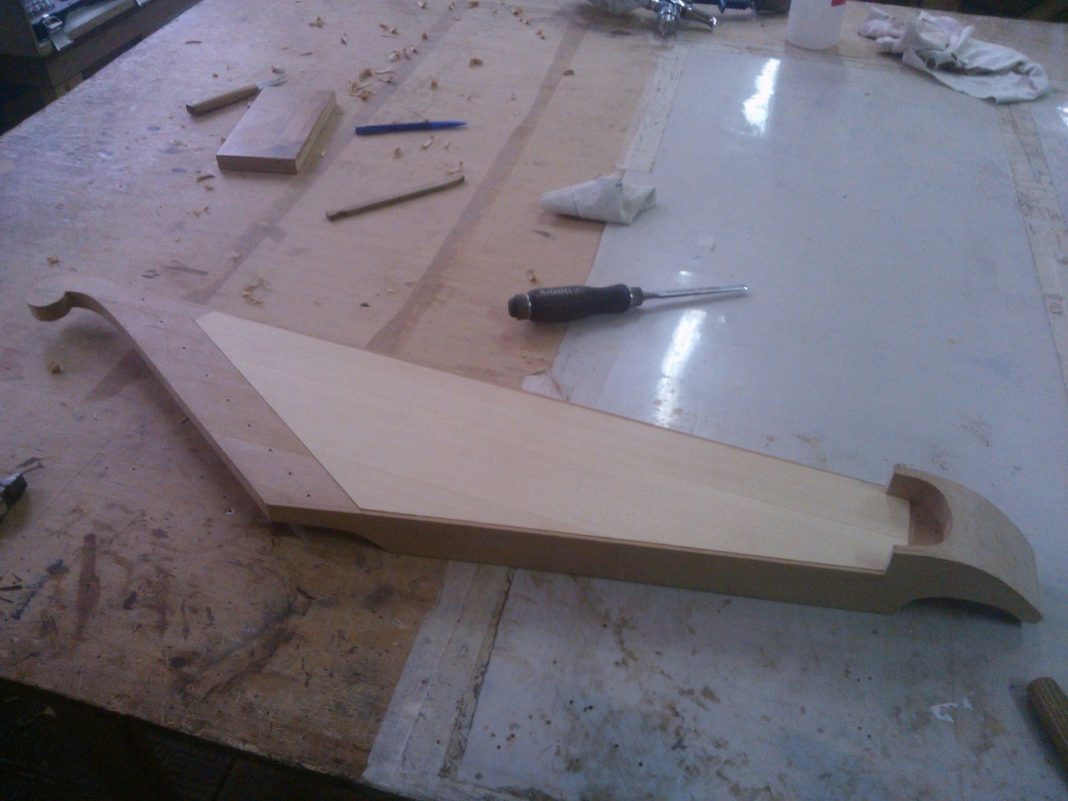 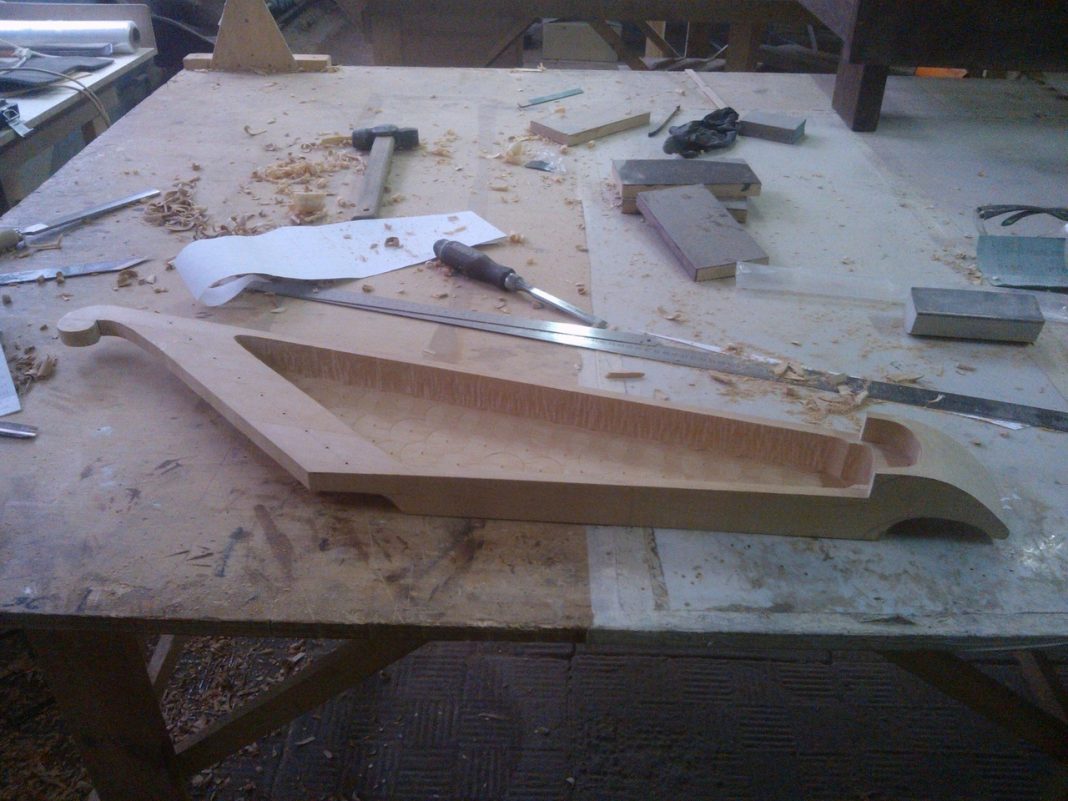 A Gusli is one of the most ancient folk Slavic instruments, which for centuries has been a companion of Slavic nations, both in joy and in grief. The Gusli has always held a central place in music culture. The melodious sound of this instrument accompanied folk tales, epics, spiritual chants, as well as performances of medieval harlequins and clowns. 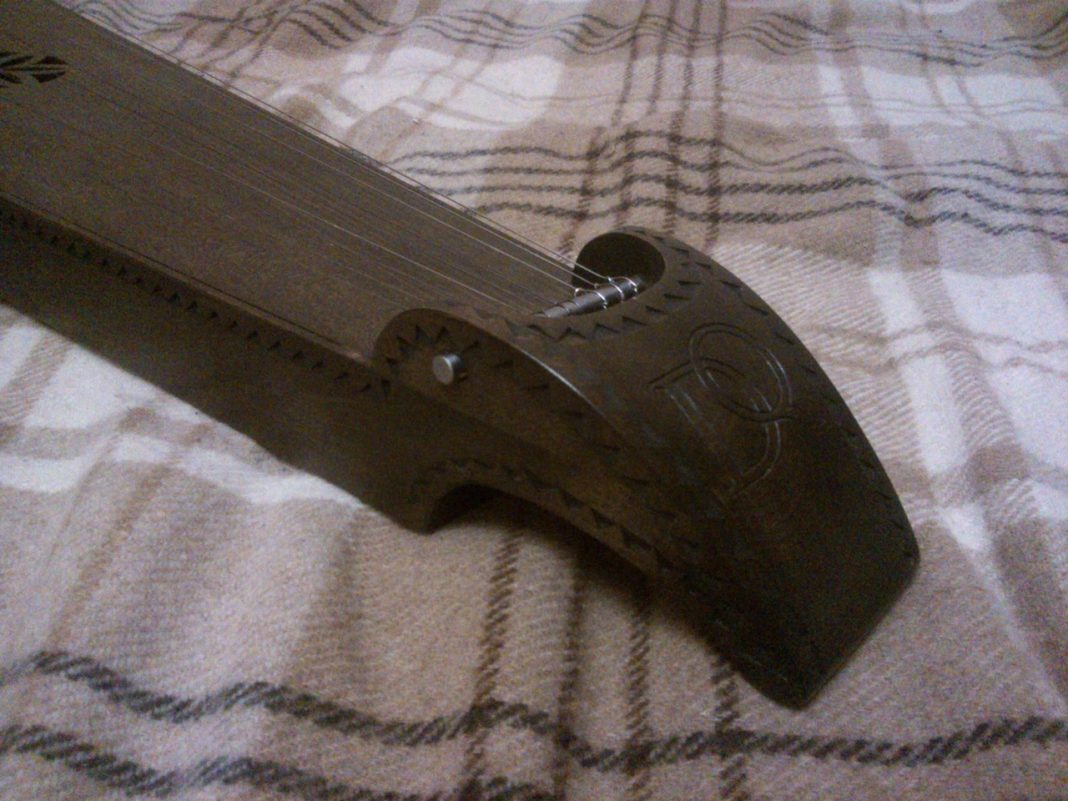 According to the candidate of historical science, ethnographer and art critic Svetlana Zharnikova, the harp is an instrument for harmonizing the Universe: “In Vedic mythology, great importance was attached to the waterfowl species: the goose, swan, duck, which symbolized Heaven, Light, Fire, the Sun, as well as the embodiment of the Creator and the Universe. In Sanskrit, the goose and the swan is the Soul that has cognized the Truth, the Upper Light, Fire, the sacred musical rhythm, the music of the Universe. And in the Russian folk tradition, the images of waterfowl play an exceptional role. Often it is a goose, swan, or a duck that marks the sphere of the sacred ritual songs of the calendar cycle. In these same songs, the Gusli is an essential component of voicing a sacred text.” 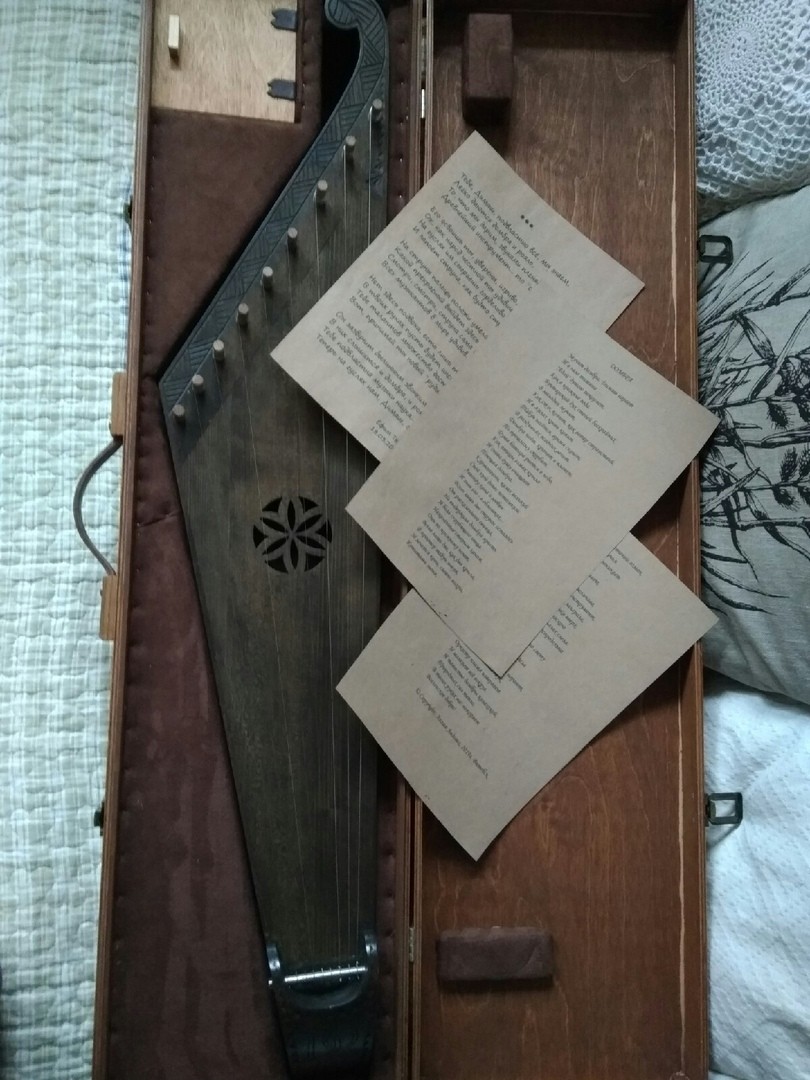 Historians do not have a unified answer to the question: how did the Gusli come from the Slavs. It is very likely that the ancient stringed instruments of the Finns, Poles, Latvians, Estonians, Russians, Belarusians, and Ukrainians all have common roots. But there is an assumption that the Chinese folk string instrument of the Guqin appeared long before the birth of Christ, and the European harp “came” precisely from the East. It is also possible that the string instruments appeared among the Slavs as a result of Roman colonization. However, connoisseurs of music history from Belarus and Russia are sure that the “musical bow” has become the “great-grandfather” of the Gusli. In many countries this primitive musical instrument is known, and on its basis, stringed instruments could have arisen in different places for a long time and independently. 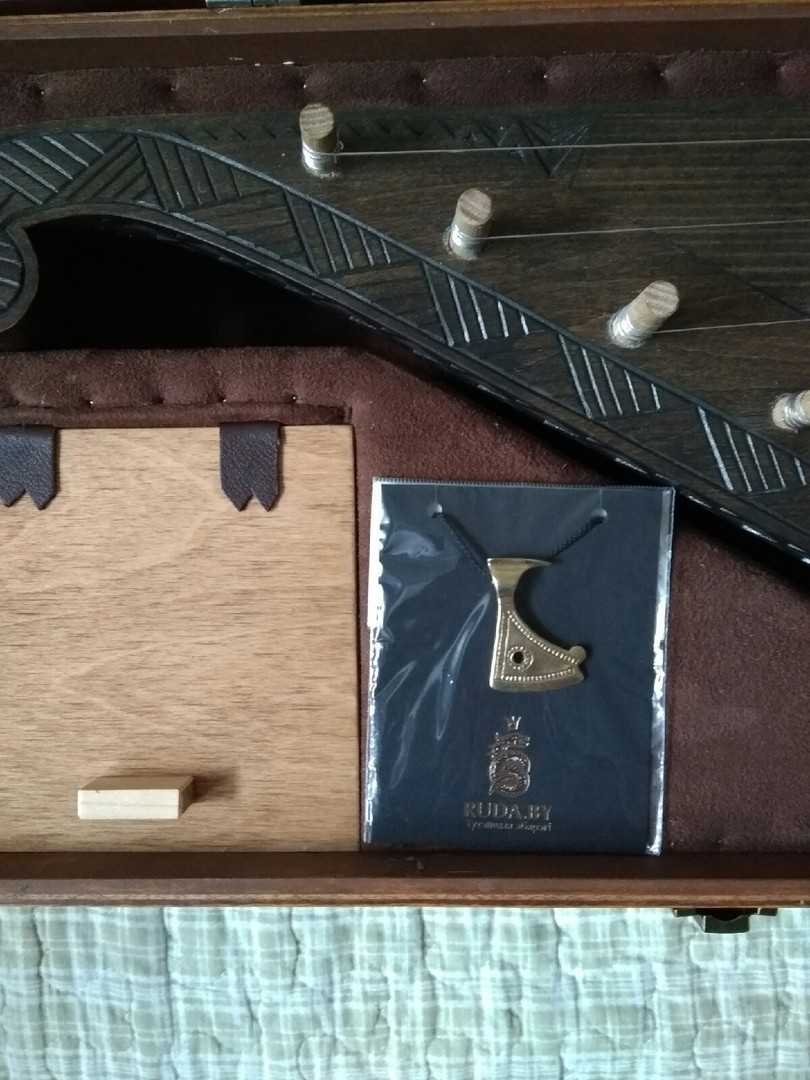 The first mention of the harp is found in the documents of Kiril Turovsky, dated to the beginning of the XII century. The start of this instrument falls on the XIY – XY century. Despite the fact that since the beginning of the last century, a harp has not been heard as often, Belarusians know about this ancient folk instrument thanks to Yanka Kupala and the image of Guslyar created by him.

The harp is very easy to manufacture. The number of strings can be different: 9, 11, 13, 16. Strings are pulled onto a track board made of ash wood or alder. Young craftsmen use expensive wood such as rosewood, hangars pine, and cedar. However, according to the Belarusian musician and master Ales Chumakov, “… another thing is important – that is to preserve the original sound of the Gusli is by using high-quality manufacturing and following traditions. Believe me, on the harp you can perform what you want. From modern hits to folklore motives, from rock ballads to popular dance tunes. Everything is subject to this instrument!”

There was a period when the harp “went into the shadows,” but in recent years the interest of musicians and masters of this instrument has been revived, and the harp has resounded at concerts and folk music festivals.

“We hope that our harp, as well as other musical gifts, not only decorate Dimash’s studio, but also are in his able hands. It would be interesting to hear a tune or improvisation performed by Dimash on a harp…” Shared by the Dimash fan club in Belarus.