On December 25, Nur-Sultan hosted a solemn ceremony of the National Prize “Khalyktyk suyiktisi” (“People’s Favorite”). Dimash Kudaibergen became a three-time laureate of the Prize in the nomination “Cultural Worker of the Year”.

The tenth anniversary season of the National Award was held at the Rixos President Astana Hotel in Nur-Sultan, in full compliance with quarantine measures. Dimash himself was unable to attend the ceremony. The award was presented to the head of the creative center “DimashAli” Kanat Aitbaev. 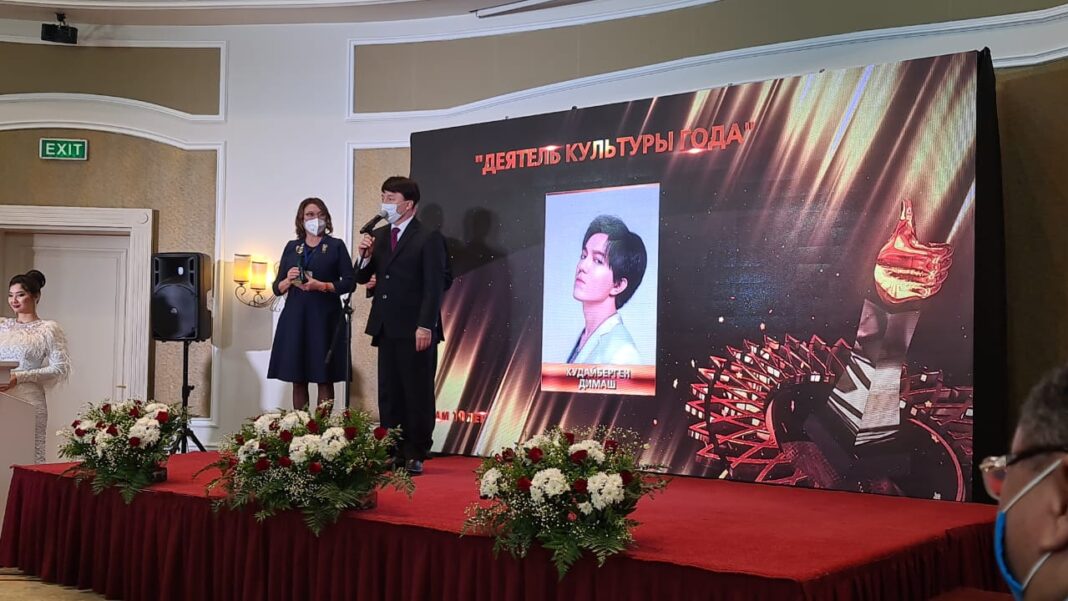 Kazakhstan National Award “People’s Favorite of the Year” was established in 2011 by the public fund “Republic-Region-Development”. It is awarded for popularity and competence to people and organizations that were in the public eye of the Kazakh community. This year the prize was awarded in 26 different nominations.

Dimash won the Cultural Worker of the Year Award for the third time.

“I want to thank everyone who voted for me from the bottom of my heart, for such a high assessment of my work! It is a great privilege to be a laureate in such an honorable nomination for the third time. Thank you very much everyone for your invaluable support!” – Dimash commented. 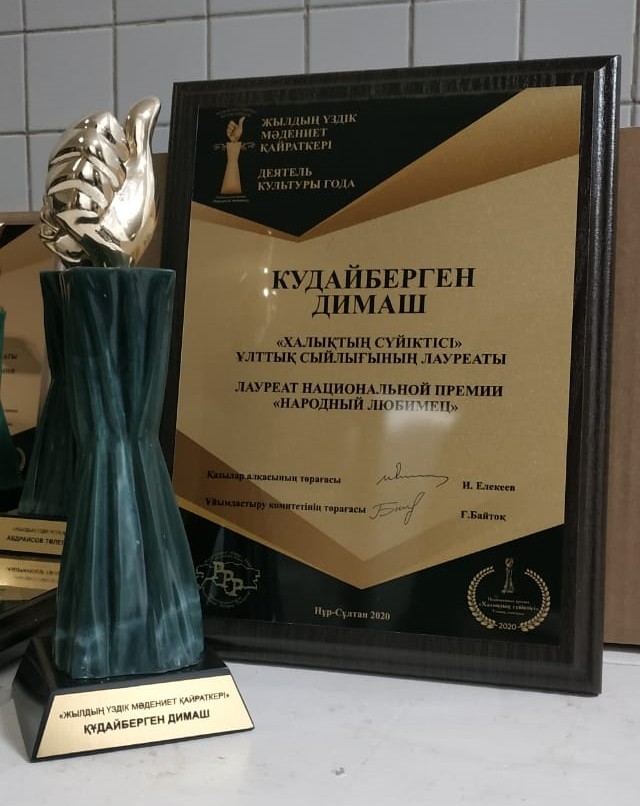 In other nominations, the laureates were named:

“The best teacher of the year” – teacher of geography at school-gymnasium No. 17 of the city of Nur-Sultan Tolegen Abdraisov and teacher in the flute class, associate professor of the department of wind and percussion instruments of the Kazakh National University of Arts Nina Grigorieva;

“Leader of the Blogosphere of the Year” – Nasima Korganbekova, Kazbek Maygeldinov;

“The best doctor of the year” – Bolat Asanbayev, head of the intensive care unit of the infectious diseases hospital in Kyzylorda region;

“The best public figure of the year” – the founder of the Club of good people Gulmira Abdrasheva;

“The best parliamentarian of the year” – Chairman of the Mazhilis of the Parliament of the Republic of Kazakhstan Nurlan Nigmatulin.

“Best Publicist of the Year” – journalist and blogger Mikhail Kozachkov;

The contribution of medical workers and volunteers who worked in a difficult year for the whole country was also highlighted:

“The best worker of the sanitary and epidemiological service” – the head of the department of the Burabay district administration of the Akmola region Seraly Zholdaspaev;

The Story of One Sky: A new composition by Dimash Qudaibergen

On September 23, the solo concert of Dimash in Almaty saw the premiere of...
Read more

Yesterday in Almaty there was a world-class show - a solo concert of Dimash...
Read more