Dimash thanks Dears for “We are One!” campaign

Dimash thanks Dears for “We are One!” campaign

Just before Dimash Qudaibergen’s birthday, Dears from 50 countries united and planted 130 trees in the square in front of Almaty Arena complex. The singer has thanked the fans for the beautiful campaign and their firm friendship.

Dimash’s song “We are One” has become an anthem for all his fans, a beacon of hope in the challenging times for the entire world, and has contributed to the unity of Dears from different parts of the world.

In honor of Dimash’s birthday and Kazakhstan’s 30th Independence anniversary, the members of 61 fan clubs from 50 countries decided to plant trees in Almaty, the cultural center of Kazakhstan, where Dimash often works and draws inspiration.

The square in front of the largest sports and cultural center in the city, Almaty Arena, and nearby Alatau Theater of Traditional Arts and the innovative cultural center Alatau Creative Hub was chosen as a planting spot. 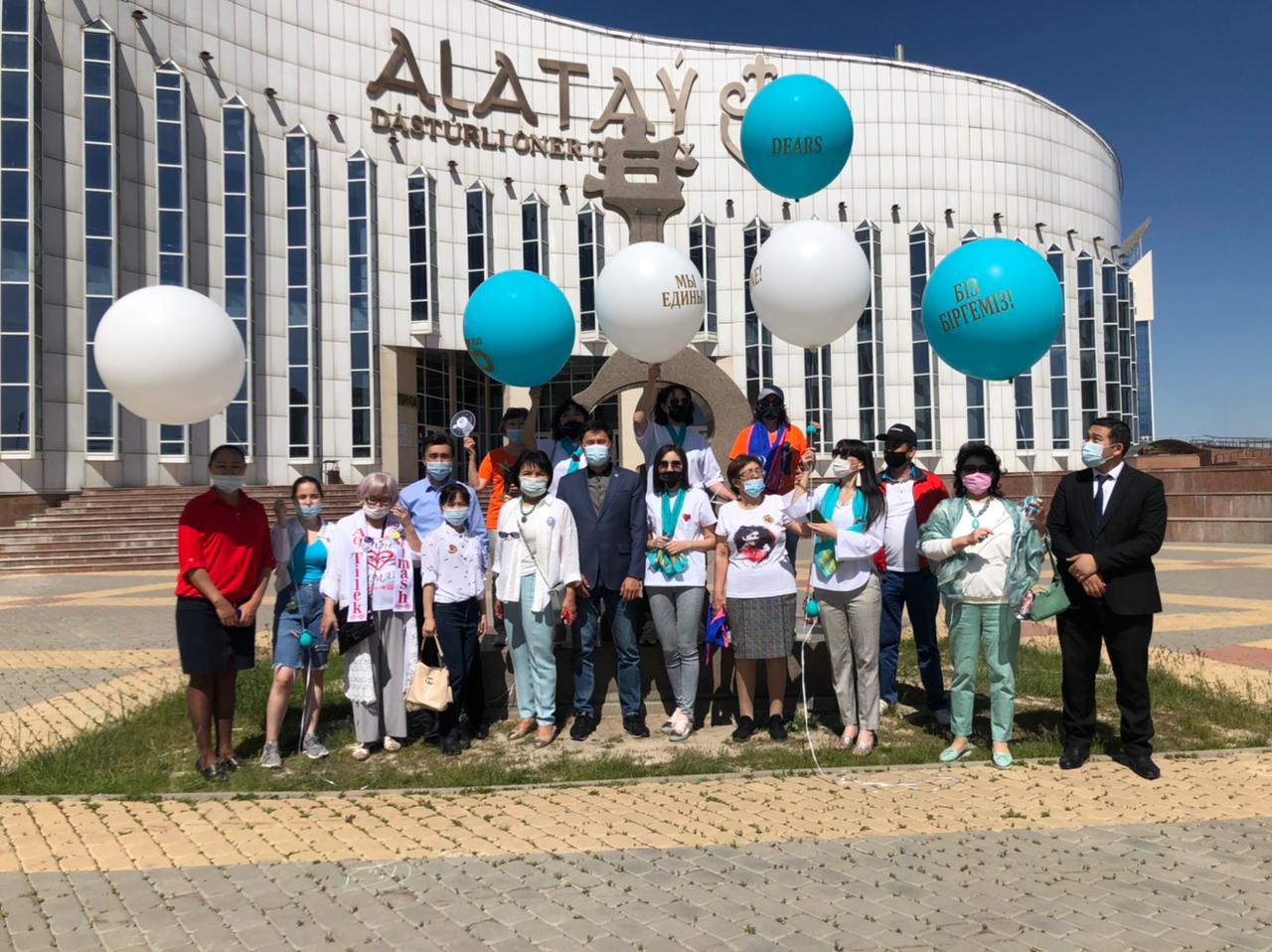 On behalf of all participating Dears, the Dears of Kazakhstan’s fan clubs planted 130 trees.

A stand “The Tree of Life” was installed as a symbol of unity of Dimash fan clubs. This is a symbol of continuous life, creation and unity representing harmony, constant development and growth. 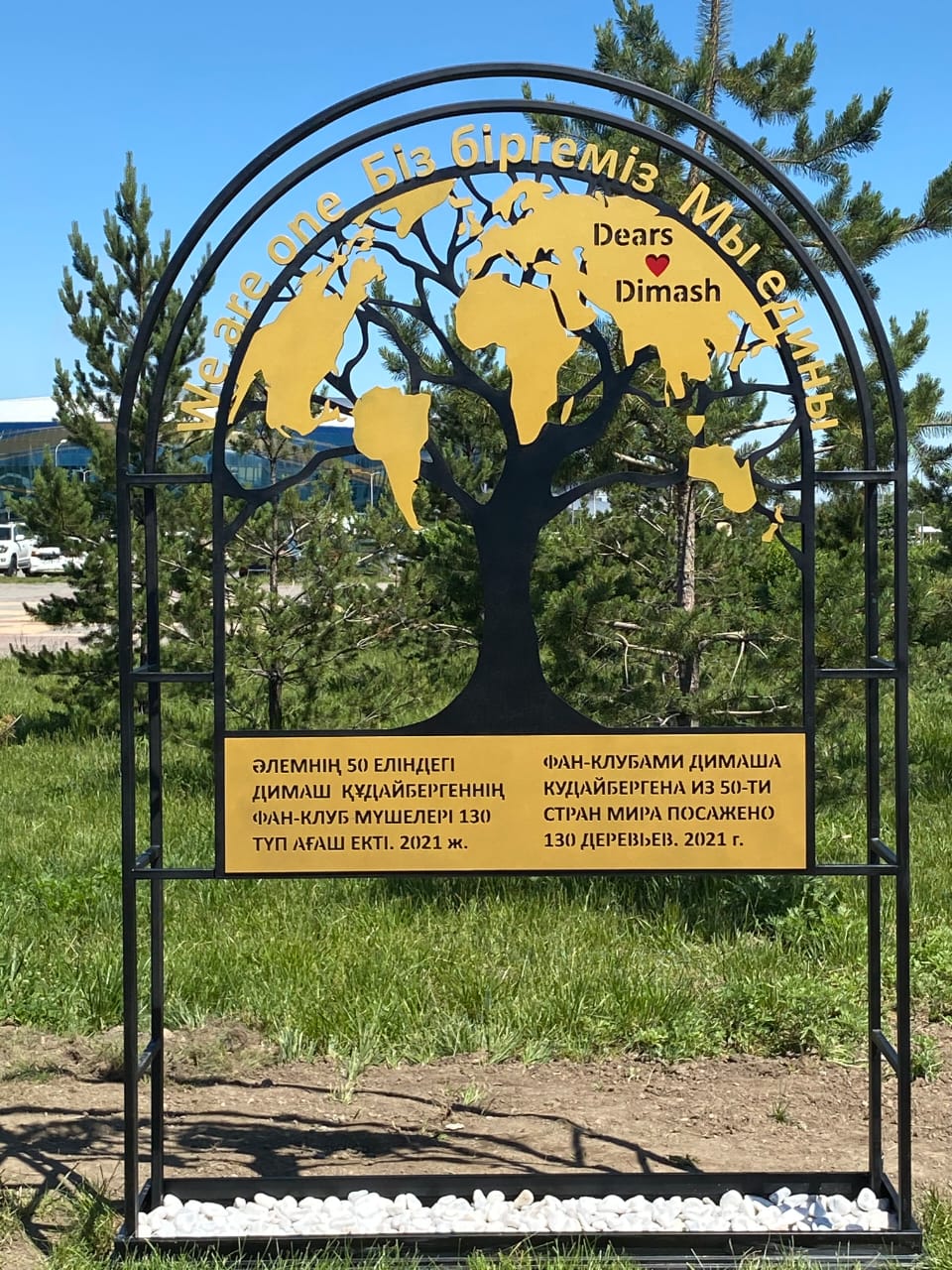 Azamat Kaldybekov, the head of Almaty’s Alatau District, the employees of the district authorities (akimat), and representatives of Dimash fan clubs in Kazakhstan took part in the opening ceremony of the stand.

“There is no doubt that the stele “Tree of Life” reflects people’s respect for each other, their compassion for the environment, and most importantly, the boundless love of fan club members for their favorite singer Dimash Qudaibergen,” Azamat Kaldybekov commented on his Instagram-account. 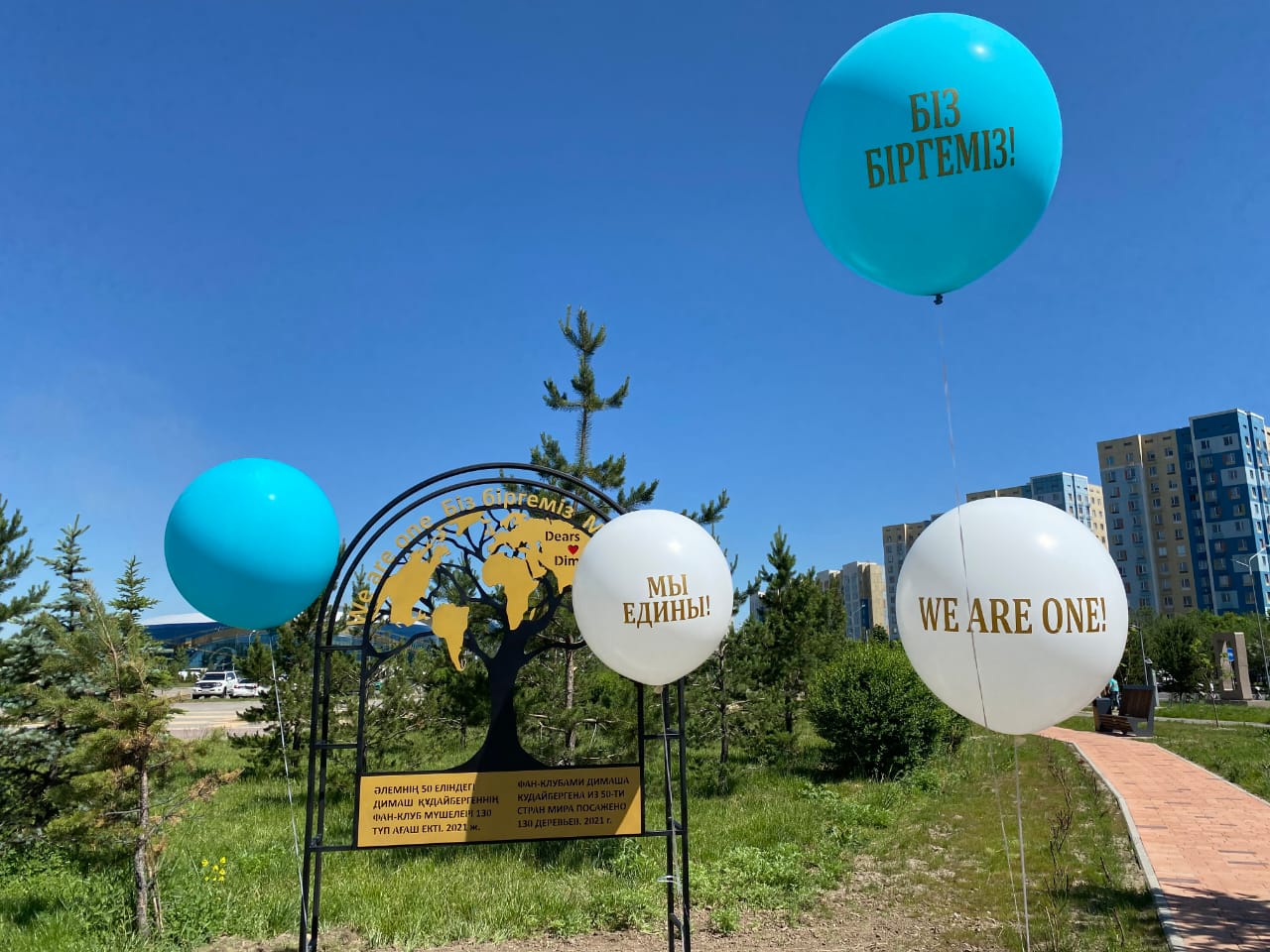 On their Instagram account, The Almaty Dears, expressed deep gratitude to everyone who took part in the event and told how much effort it took for the international team to make it happen.

“A lot of work has been done over three months, from obtaining permission to plant trees and install the stand to informational support for the project. The team worked selflessly despite the time difference and personal commitments. … This project has proven once again that together we are the power. We, as Almaty residents, would like to express our gratitude to all the Dears for their participation in improving our beloved city! And thanks to Dimash for bringing together such wonderful people and inspiring good deeds!” – it is noted in the post.

Dimash himself, who visited the square the other day, did not stay indifferent to the campaign. The singer was touched by the gift and wholeheartedly thanked his fans:

“I would like to thank the global Dears community for the gift to our beautiful city of Almaty! Thank you so much for your friendship!”

For the tree planting campaign, each participating fan club has received a certificate and gratitude letter from Akim of Almaty. 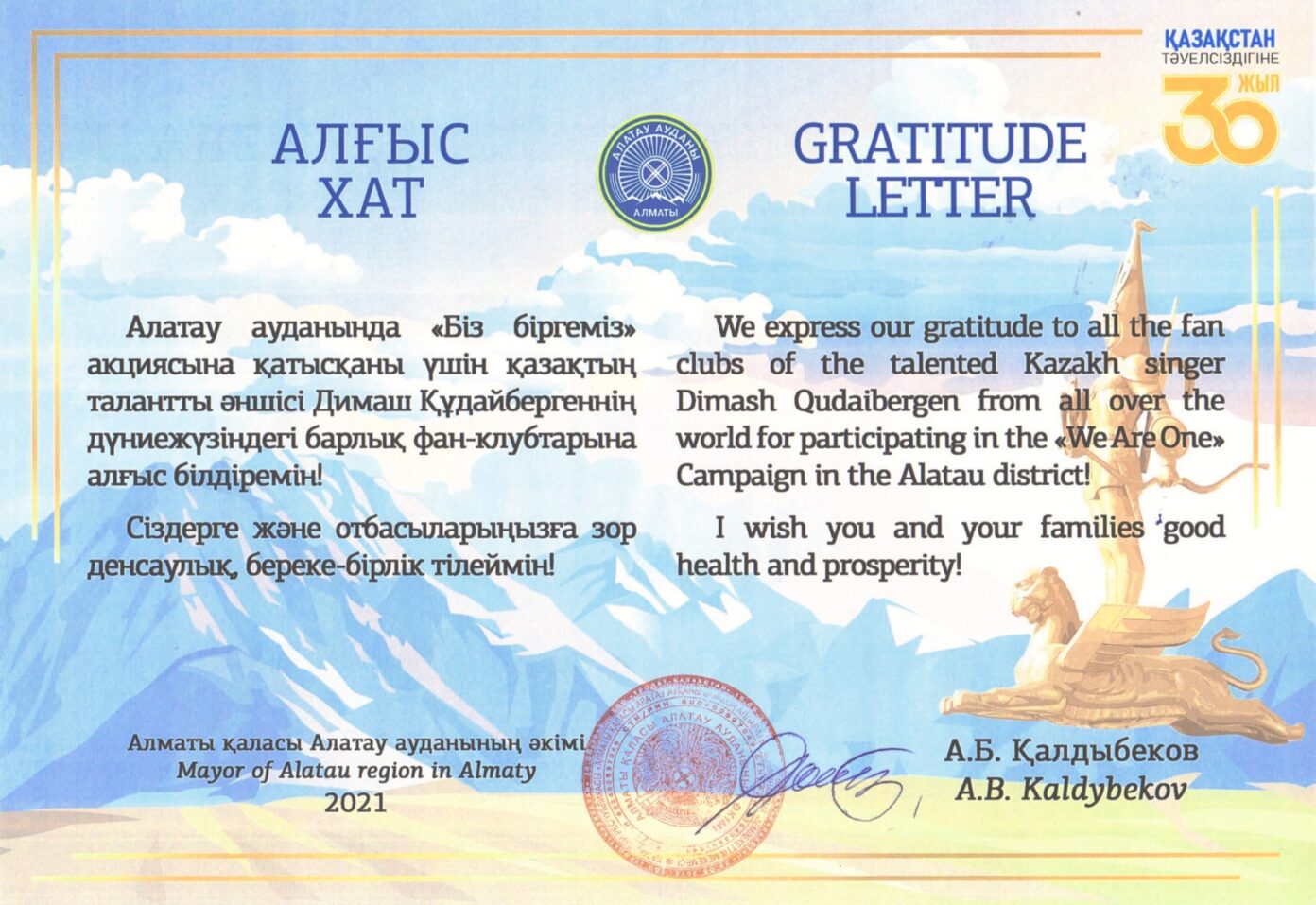