A fascinating appearance, a sophisticated figure, and a sharp, piercing, alluring gaze once conquered Christian Dior himself.  This is the story of an oriental beauty from China, an ethnic Kazakh woman who shone on European high fashion catwalks for more than twenty years and quietly departed into another world in the Paris Chinatown.

And perhaps, this amazing girl with a challenging destiny would have disappeared into the pages of history, if by the will of fate, the president of the Association of Kazakhstanis in France, Berlin Irishev, had not one day stumbled upon her portrait. 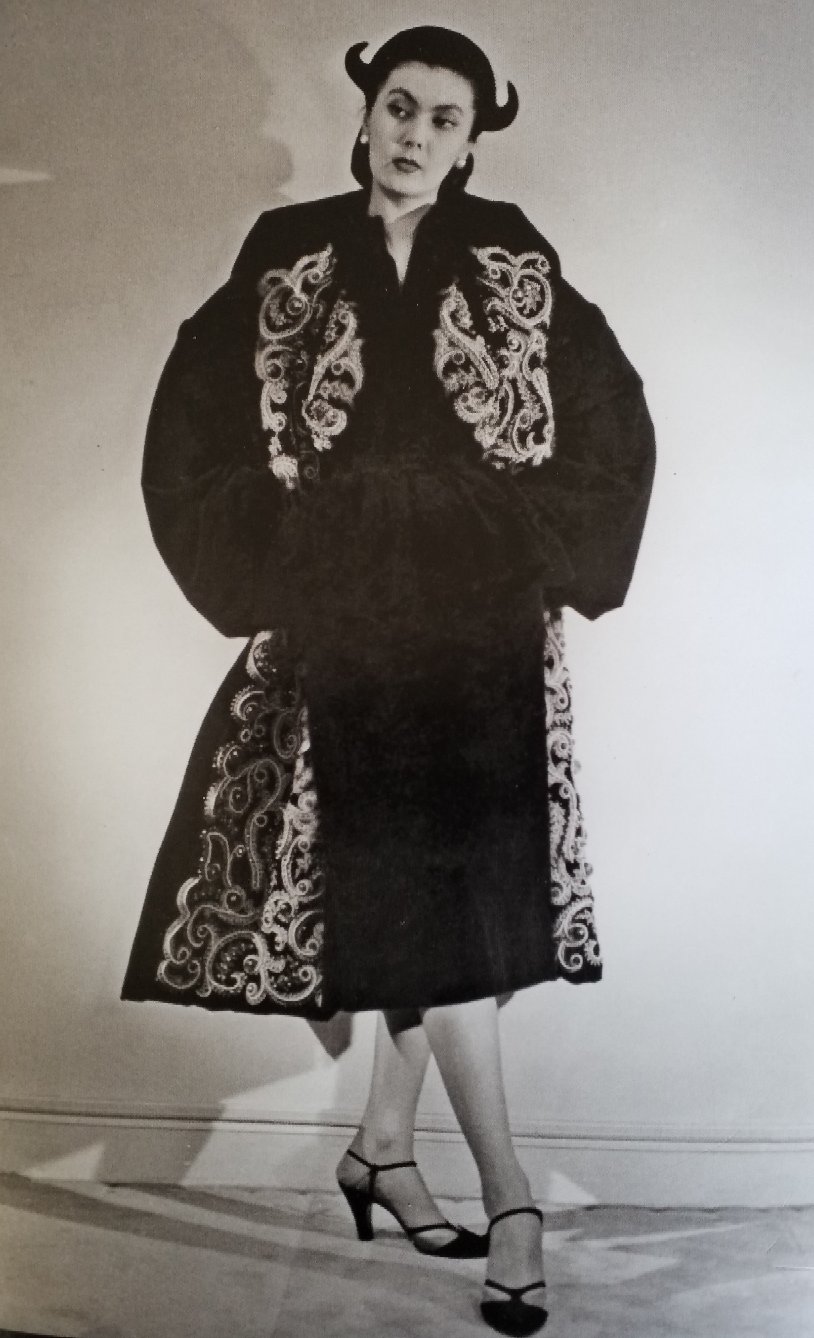 It was an ordinary Sunday afternoon. Berlin Irishev was visiting the antique painting market in the Parc Monceau in Paris. As he strolled through the exhibition, the economist’s gaze fell on a picture of a gorgeous girl with Asian features.

Berlin Irishev realized it immediately: This was the fashion model, the inspiration, the so-called Pearl of Christian Dior himself, of whom he had heard.  A couple of years earlier, Berlin Irishev had come across the rumor that Dior had had an Asian model whose father or mother, or both, were Kazakh.  But then, as there was no evidence for this assertion, the story had since been almost immediately forgotten.

And now, the red thread of fate itself had led Berlin Irishev to this unique painting, one of a kind.  The president of the AKF instantly bought the girl’s portrait. Thus, began his long search to restore to history the fate of a mysterious beauty named Alla Ilchun. 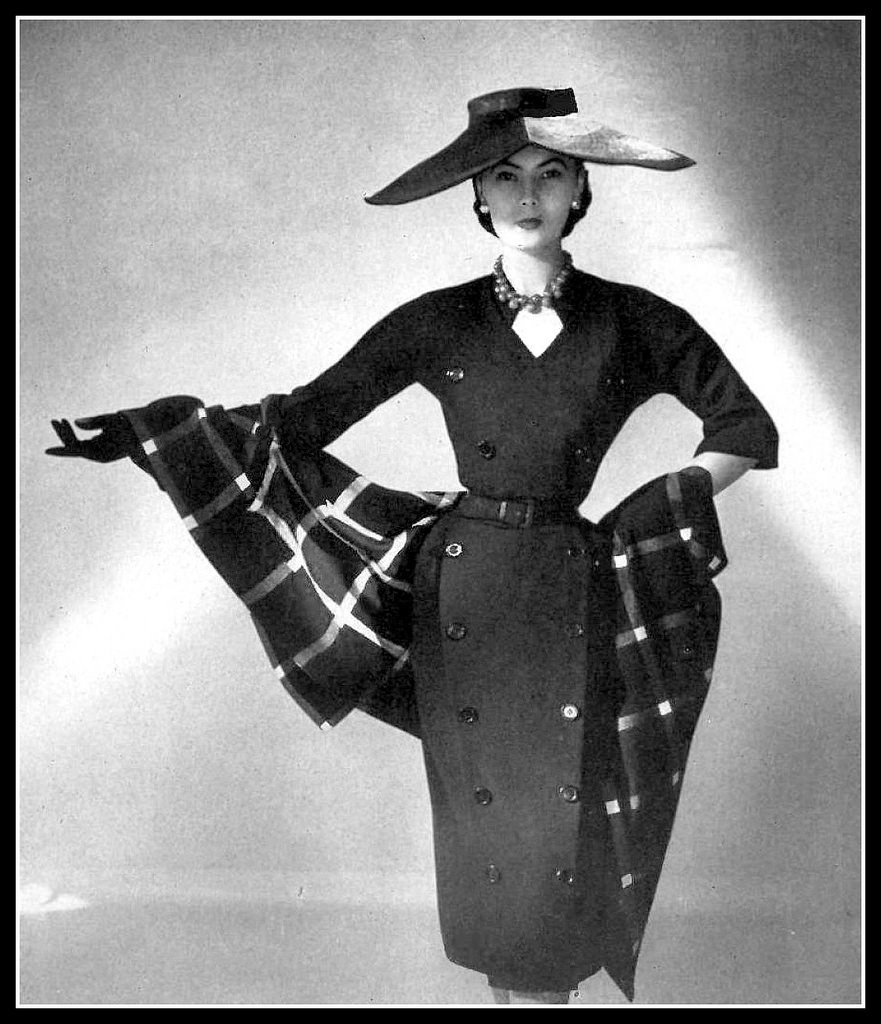 It was a long and grueling pursuit, lasting about three years.  There was no confirmation anywhere that the girl had Kazakh roots.  According to the documents discovered during the research, the haute couture fashion model was listed as a native of the northeastern Chinese city of Harbin.  Yet Berlin Irishev felt that Kazakh blood was flowing in Alla Ilchun.  He saw it in her eyes and pronounced cheekbones.

Eventually, the years of long searches bore fruit, and Berlin Irishev finally managed to recreate Alla’s story.  As it turned out, her mother, Tamara, was the daughter of a White Guard officer, and her father was the son of a well-to-do bai, who in the mid-1920s was sent on a mission to build a railway in Harbin (CER).

How then did Alla end up in Paris?

In 1936, the situation in Manchuria had become very unsettled. So Alla’s father made the painful decision to send his family to a safer place.  He put his wife Tamara and daughter Alla on a Norwegian ship, which took them to Paris, forever.

His own fate thereafter is still shrouded in mystery.  Perhaps Alla Ilchun’s father was arrested during the massive political repressions in the USSR in 1937, for after sending away his family, he disappeared without a trace.

Unfortunately, no photographs of him have survived either.  Berlin Irishev believes that the photographs of Alla’s father were destroyed by her mother, as she was afraid of the persecution of the NKVD (the Soviet Union’s secret police branch), which could overtake them even in Paris.  Thus, to make sure that nothing would threaten Alla’s and her life, Tamara decided to destroy their past and cut off all ties with her husband, who very possibly had become a victim of the repression. 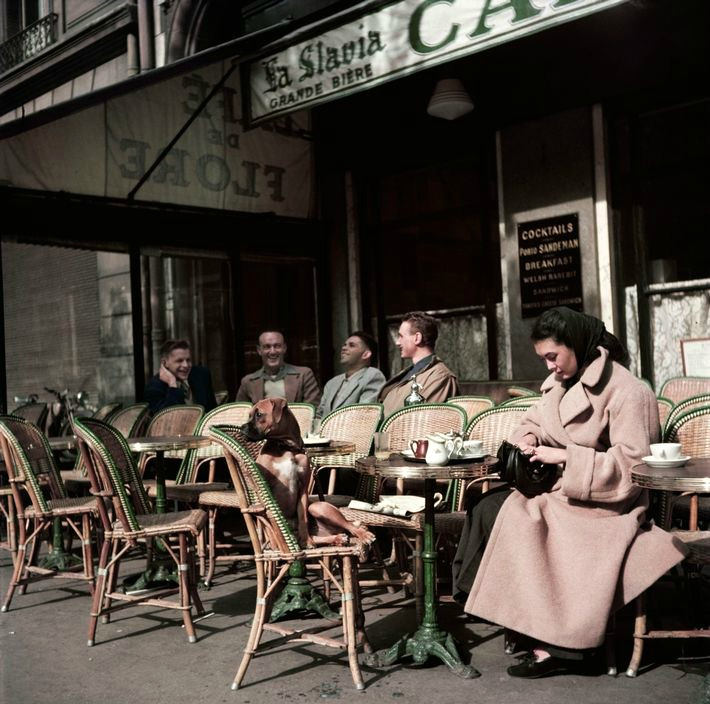 How did Alla Ilchun, a girl from China with such a difficult fate, become a model for Dior?  According to the president of the AKF, after the difficult war years, Alla worked as a waitress in a Russian restaurant. One day, a friend of hers read an announcement that the new fashion house Dior was recruiting models, and asked Alla to accompany her to the casting.

Alla came there to support her friend, but life decided her fate in a completely different way.  Fascinated by her extraordinary appearance, Christian Dior instructed his subordinates to dress up and make up Alla.  The girl had inherited her parents’ best features: her father’s oriental appearance and her mother’s refined figure.  Dior was greatly impressed by Alla’s appearance and immediately invited her to become a model of his fashion house. 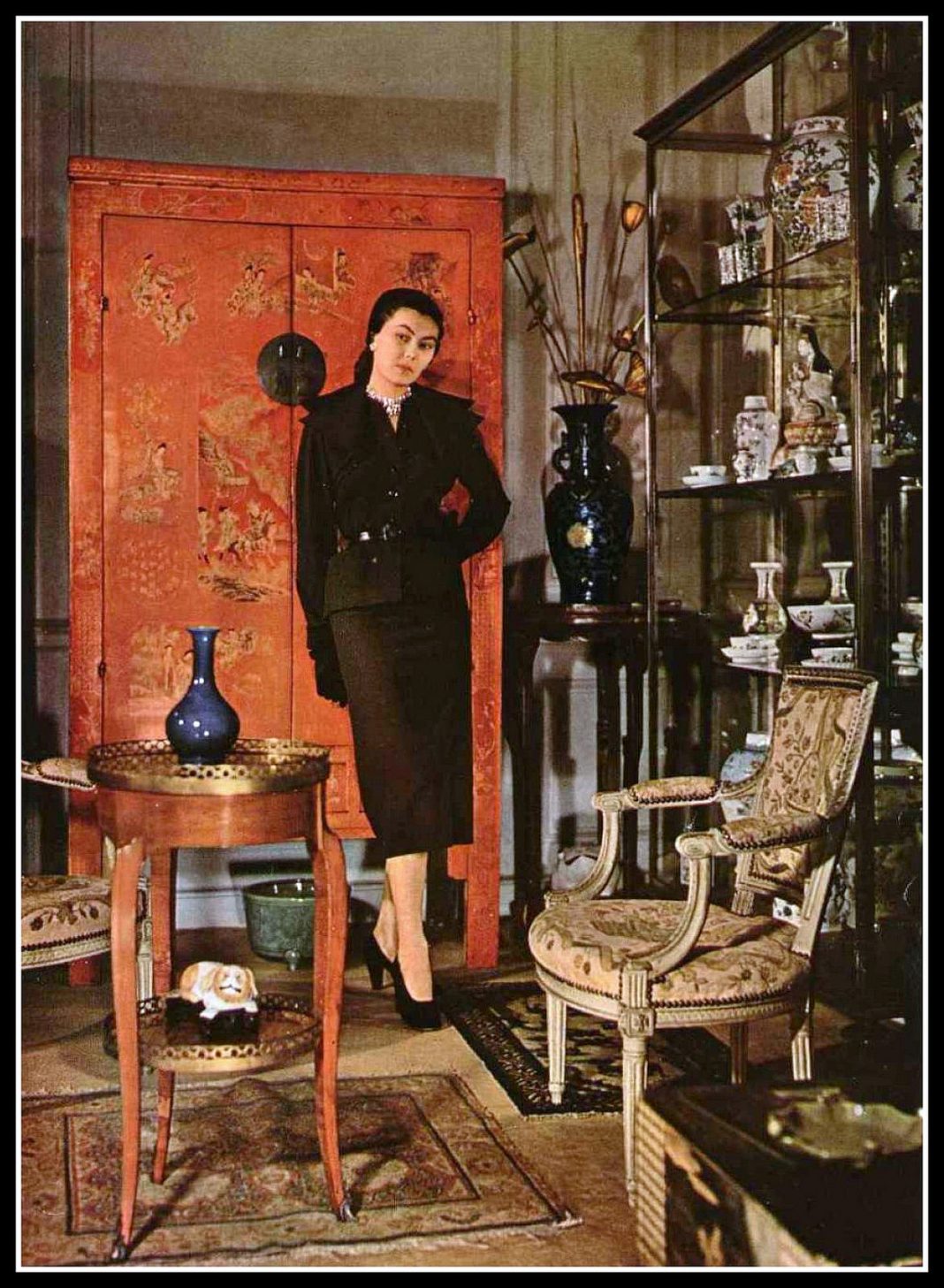 Thus, Alla Ilchun became one of his main muses, a real pearl of Dior.  She was the first Asian model in the European fashion world.  Christian Dior had taken a huge risk, but his gamble paid off.  Alla instantly gained overwhelming popularity.  Her oriental features were widely copied, often with the help of makeup and sometimes even through plastic surgery.  And the print media of the time wrote with admiration about one of Christian Dior’s most valuable muses. 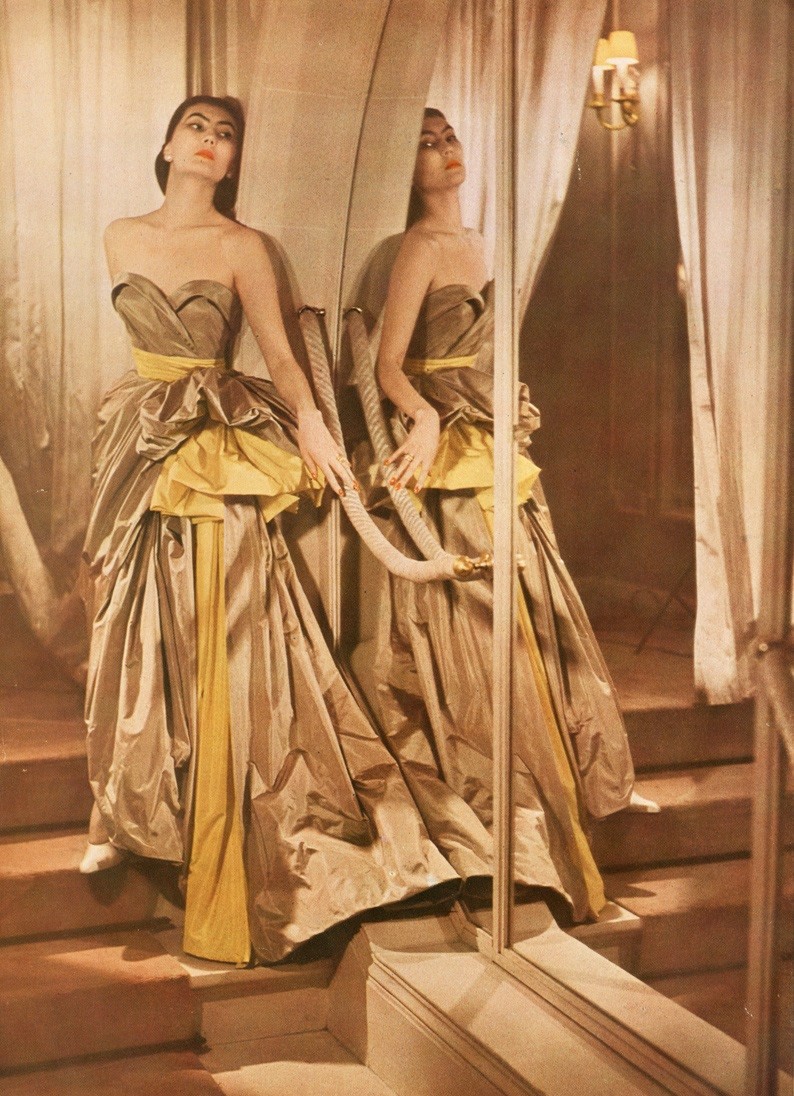 The three-year journey of exploration by Berlin Irishev and the AKF team was tedious and difficult in many ways. Though it required a lot of effort and time, it was at the same time very exciting and eventually led him to the unfolding of the truth.  During the quest, as the president of the AFC shares, there were a lot of amazing coincidences.

For example, the only son of Alla Ilchun, Marc de Dulmen, had for a long time avoided meeting them for unknown reasons. Yet suddenly, he himself contacted Berlin Irishev exactly one day after they, together with the Association, visited the model’s grave.

Moreover, the restaurant where the AKF president chose to meet with the model’s son was located right across the street from the house where Alla once lived with her husband.

And now, having completely solved the secret of Alla Ilchun, Berlin Irishev published in 2019 the book “Muse of Dior.  The story of Alla Ilchun.”  The work attracted the public so much that the president of the AKF decided to make a film about Alla. 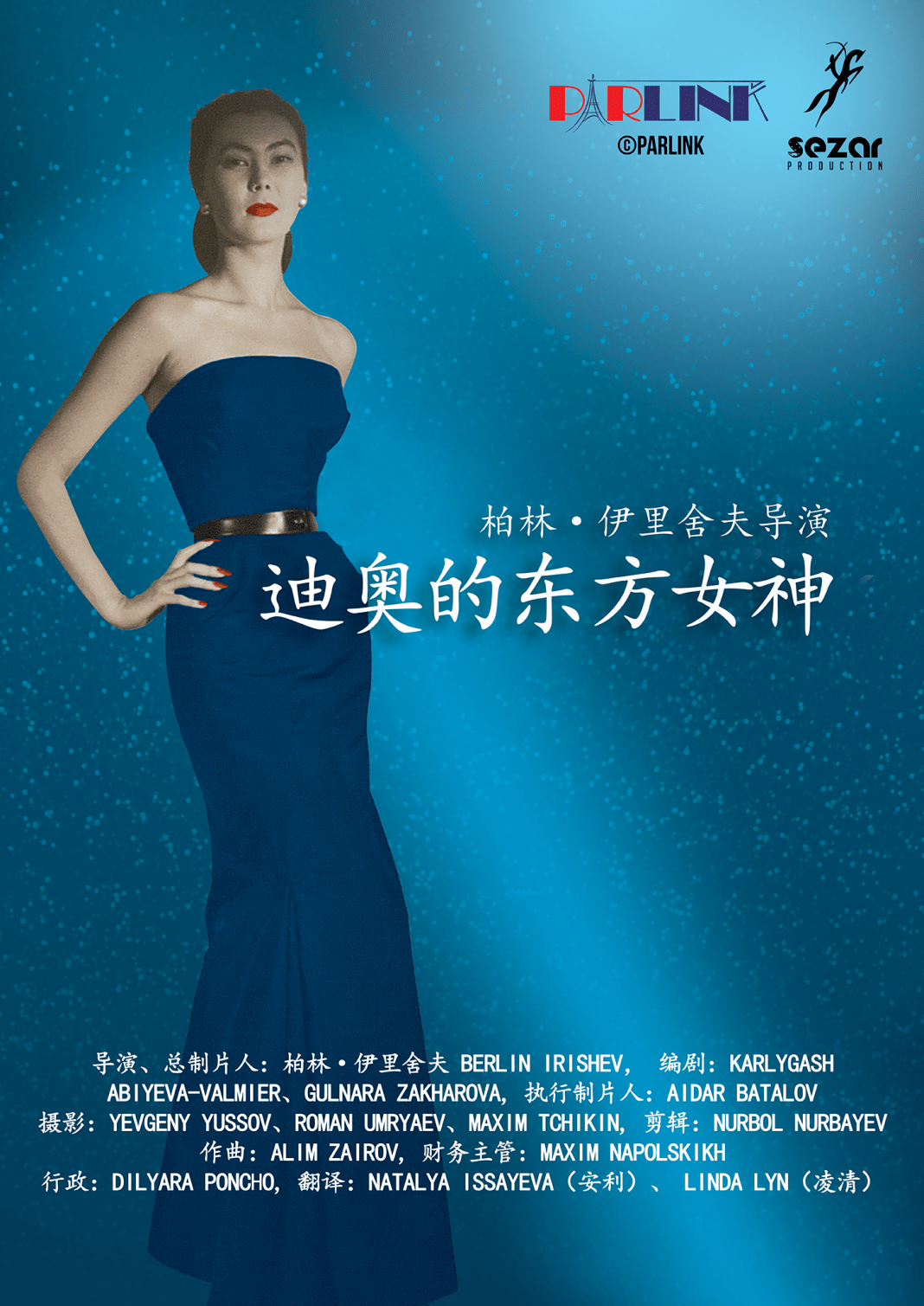 Thus, in February 2020, the documentary “Alla – Dior’s Oriental Pearl” was unveiled. It is planned to release the film on large screens after the end of the quarantine.

“Always, when there is some kind of intrigue in history, some kind of mystery, this tangle of secrets madly demands to be unraveled,” shared Berlin Irishev. “This is an incredible story about a girl who was born in China, Harbin; walked down the haute couture runways in Paris for 20 years; and was the muse of Christian Dior and Yves-Saint Laurent. For 20 years, she presented herself as a Chinese woman and died in the Paris Chinatown. Yet, this woman had Kazakh roots.  We have done a great job, and I am glad that the name of Alla Ilchun, which stormed all the European publications of the time, finally became known in Kazakhstan.”