On September 4, a new online radio station with a round-the-clock broadcast of Dimash’s songs went on the air in Greece for the first time. 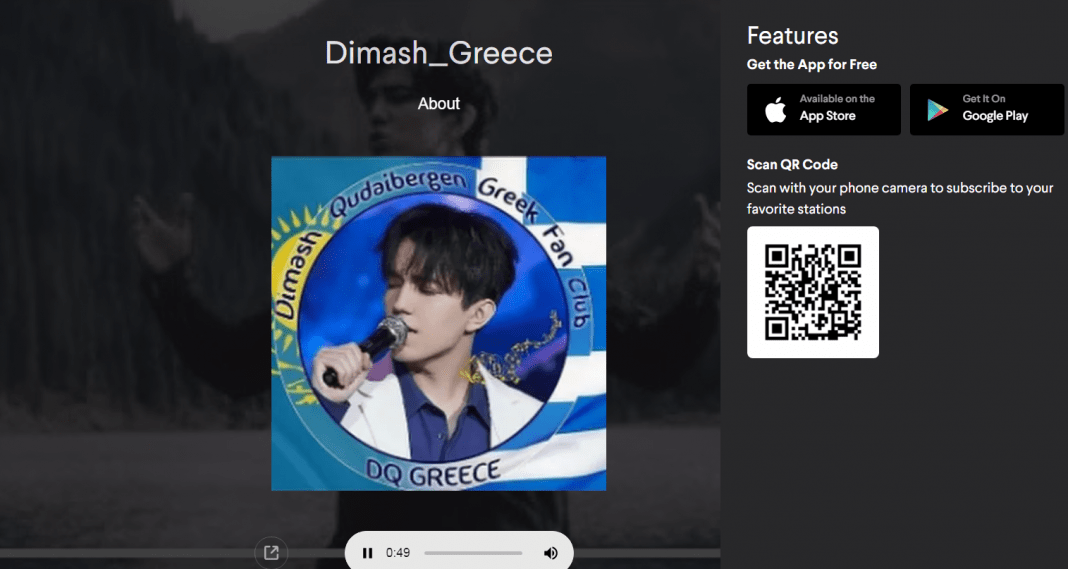 Starting from July, radio stations began to appear in the global Internet space, on which songs of Dimash Kudaibergen are played 24 hours a day, 7 days a week.

In pursuit of the goal of spreading the work of their favorite artist in their home country, Dears decided that radio would be the most successful and effective way to achieve the desired result.

Dimash Kudaibergen Greece fan club administrator Lena Vork decided to create an online radio station in Greece to present Dimash’s work to the Greek audience. She followed the example of fan clubs that launched their radio stations earlier in other countries.

The Dimash Fan Club in Greece recently celebrated two years since its founding. Greek Dears are actively involved in all activities to promote the creativity of their favorite artist in their home country.