The power of music is absolute and boundless. It is capable of touching the most lurking corners of a soul, striking a dream, giving an aim, making the world a better place and making people sincerely want to live.

For a Kyiv citizen Polina the year 2017 was not only difficult, but fatal one. That year her life turned on “before” and “after”. An oncological disease was found: stage-3 breast cancer.

The news sounded like ringing bells in her head. Woman couldn’t accept that and realize completely. She had a feeling she was falling into the rabbit hole, just like Alice from Wonderland. A feeling of falling down the whole eternity, a way out isn’t seen, so the fear was growing stronger and stronger.

After hearing this news, Polina disappeared into herself. She didn’t want anyone to know about her disease — she wouldn’t bear all those sights full of sympathy.

Polina had an operation in 2017. The malignant tumor was deleted, then she had a chemotherapy. Day after day, the smell of the medicine was stuck in her nose, and the only thing that could help Polina in this unbearable routine was music.

The woman is a huge Lara Fabian’s fan, she adores her voice. One night, while she was aimlessly surfing YouTube, Poline stuck with an idea of drowning into Lara’s music. When she typed the singer’s name, she got a recommendation of DimashKudaibergen’s song. The woman was curious to know who he was, so she clicked the video and… Hearing only first four lines was enough for her to feel how the night around her started to dissolve and all the problems harshly became insignificant and secondary.

Dimash’s music and voice, as Polina says, gave her the second life. They gave her a new goal, took her hand and gave a push to keep moving forward. A desire to live literally came back to her.

Also the woman told she knew a lot of dears, who had the same problem, but with a help of their favorite singer’s voice they found the strength to move on no matter what.

Polina confessed she couldn’t call herself a sentimental person, but when she first heard the singer’s voice, she cried. Polina was especially impressed by Dimash’s performance in London with his “S.O.S” song, where he was crying himself while singing his song. And then she noticed behind this charming voice not only a good performer, but also a wonderful person. It was the first time Polina saw someone sincerely baring his thoughts and feelings by music.

Dimash helped her to open up, to meet new people, to break through four concrete walls, which were built around her by a terrible disease. It was difficult for Polina to tell about her problems, she didn’t want to complain and burden other people with it. But seeing dears’ responsiveness, she finally managed to share things which had been a weight on her heart.

When dears found out about Polina’s problem, they immediately provided her with their help. She had not only a moral support, but also a material one. They sincerely worried about her and gave her all their support. Polina was touched to tears — she saw such kind and sympathetic people for the first time in her life. As the woman thinks, everything’s coming from Dimash. His songs, as well as he himself, make people better, Kinder and brighter.

When her treatment should have come to the end, Polina was ready to hear her disease had been defeated, when she had a relapse. No matter how hard it tired, it could break her down. But suddenly one day she got some good news — Dimash announced about his concert in Kyiv. The woman was on cloud nine and set up a new goal — to live up to this concert no matter what.

“Dimash’s music does give me a great desire to fight and live. Therefore I set myself a new goal. I told myself “I want to live, I want to attend the concert and nothing can stop me! I want to hear this miracle live! I can!” I prayed to God for me to live up to this moment. And then… I did it!” said Polina with a smile on her face.

The editors of DimashNews arrange a meeting for Polina and Dimash.

During it the singer sincerely thanked the woman for listening and loving his music. He wished her to stay strong and hold on, the he hugged her tightly. 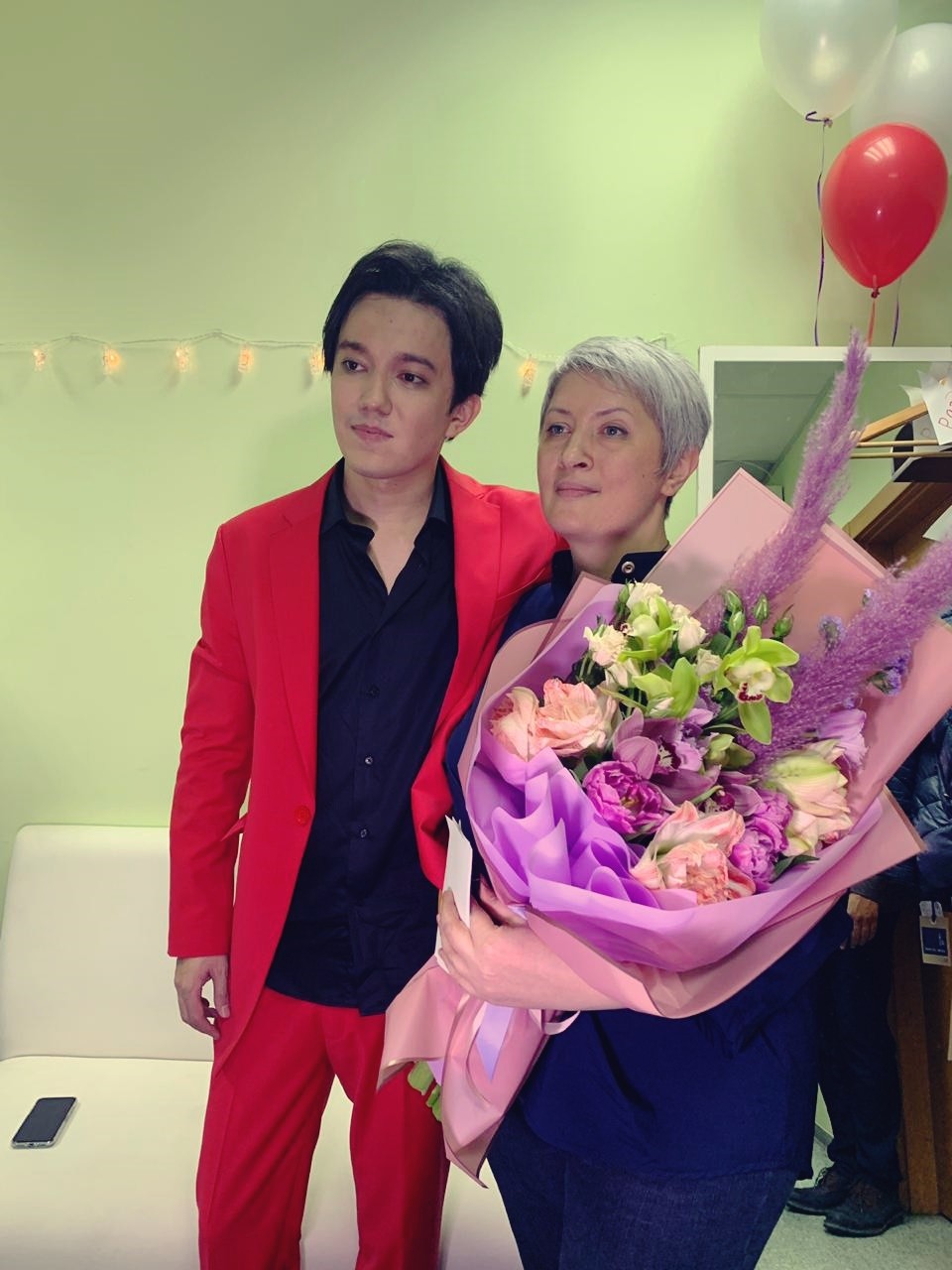