Season III of the Baqytty Bala Children’s Vocal Competition was bright and impressive. The audience attending the festival noted not only the vocal skills of the contestants, but also the beautiful performances of dance groups, which made each number even more colorful and memorable.

From 7 to 11 August in Aktobe, Dimash’s home town, the Baqytty Bala Children’s Vocal Festival Contest was held, where 19 children from 6 countries competed for the cherished victory. Each vocal number is a whole piece, a unique story, which was adorned and revealed by young talented dancers from dance groups of the city of Aktobe. DimashNews invites you to get to know each of them.

The history of the AKKU Dance Ensemble of the Aktobe Regional Philharmonic began in November 2000. On account of the dance group a huge number of achievements: from the Grand Prix of republican competitions to international ones.

On August 9, Akku opened the Baqytty Bala festival with a fascinating dance “Amanat”, instantly setting up all the viewers for an interesting show. Also, the dance team performed the choreography to the vocal number of the talented Amina Kurbanova from Atyrau, who won a special prize from the Ministry of Culture at the competition, namely the recording of the song in the Astana Opera studio. 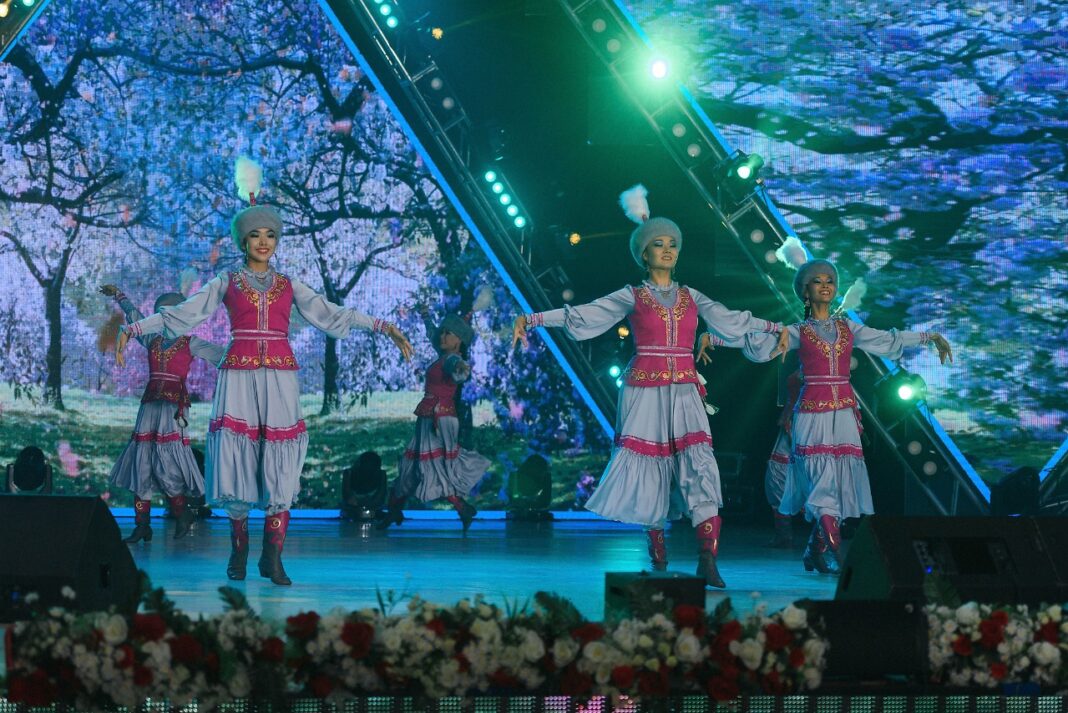 The head of the ensemble, Gulnar Mambetova, highly appreciated the organization and scale of the competition:

“Everything went at the highest level. I would even say, at the level of large international competitions. Also, one cannot fail to note the high level of the vocalists. But what struck me the most was that all the children were friendly and cheerful. I think they even forgot that they are competitors. And it’s great that the organizers have created such an atmosphere between them.” 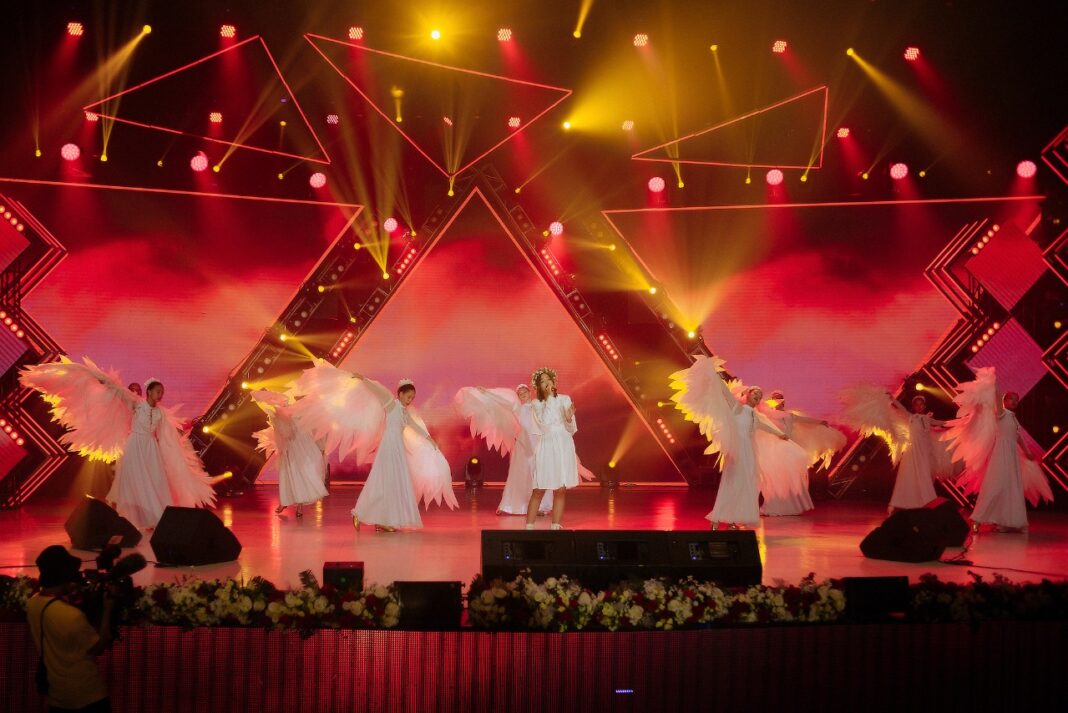 The Shattyk Dance Studio started its activity in August 2018. For three years of its existence, under the strict guidance of Asel Imangazina, today Shattyk is a multiple winner of city, republican and international competitions. 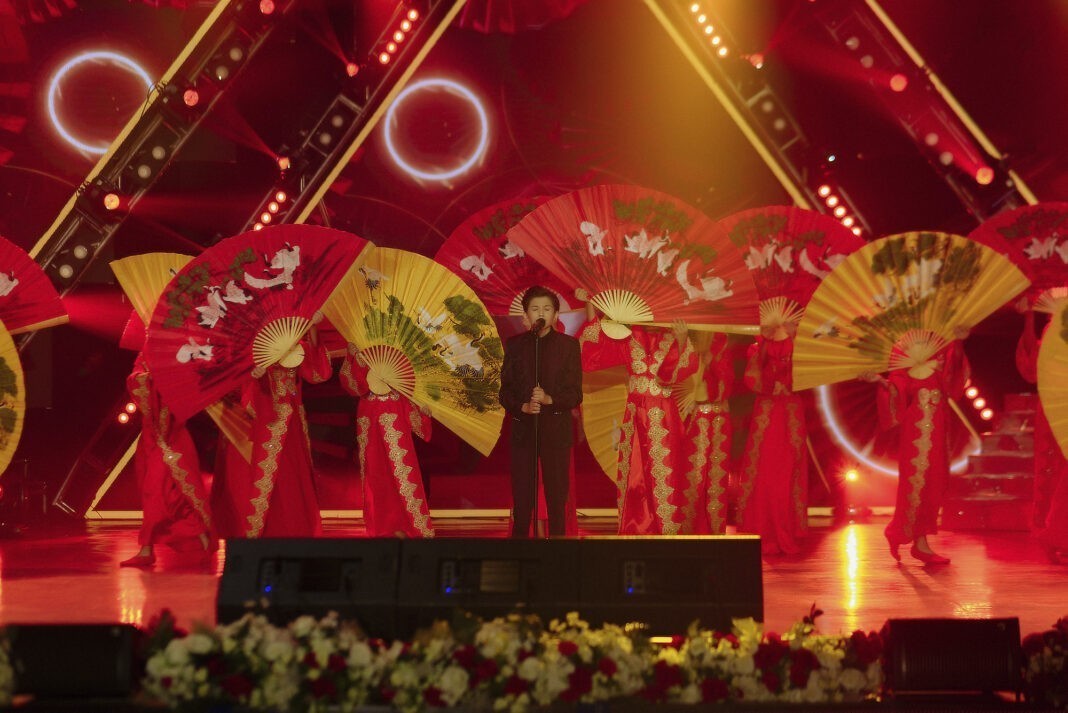 In the III season of Baqytty Bala, the talented Shattyk dancers performed the dance for as many as 6 competitive performances. Absolutely different, dissimilar dance performances adorned the vocal numbers of Armen Sahakyan from Aktau, Milana Ponomarenko from Moscow, Sofia Salvaridu from Thessaloniki, Islam Kystaubay from Aktobe, Yeset Alzhanov from Nur-Sultan and Iskander Hasanzade from Baku. 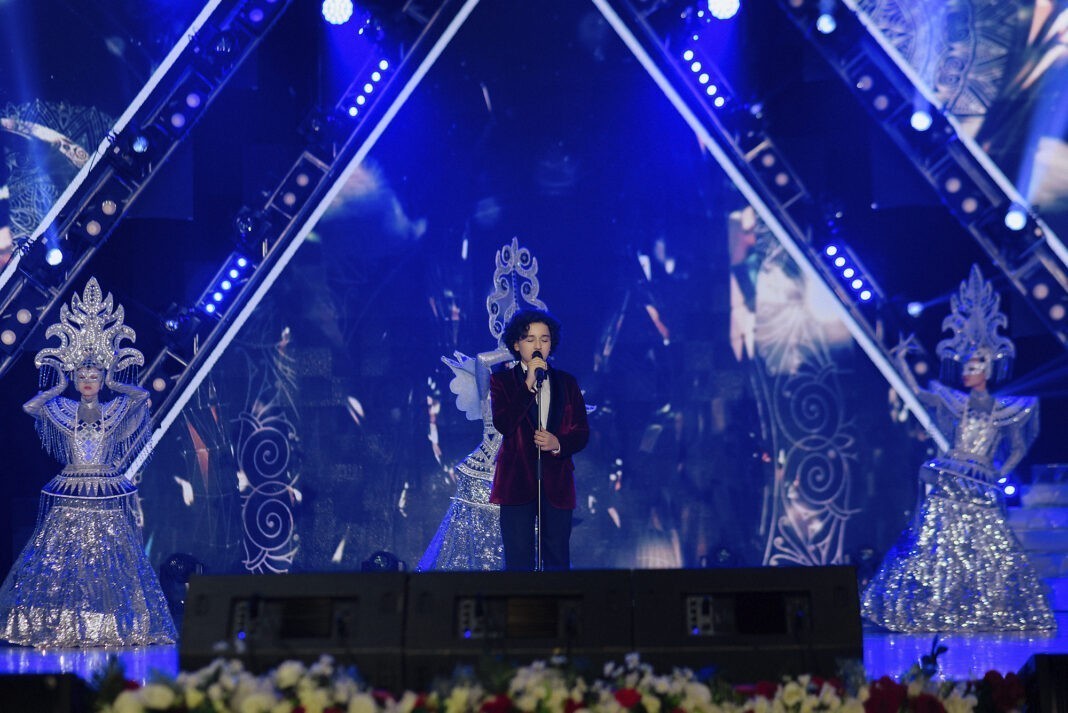 And it was amazing how quickly the dancers change, demonstrating a completely different dance style in each number.

“We have participated in many events and projects, both national and international, but the emotions that we experienced at Baqytty Bala cannot be conveyed in any words. Everything was gorgeous and passed at a very high level. We came across absolutely incredible vocalists with whom we immediately found a common language and were on the same wavelength. My girls were delighted with them. We were sincerely rooting for everyone, and we were very happy that many of them won prizes,” said the head of the dance studio Asel Imangazina.

Mega Stars opened its doors in 2010, and a year later visited the city of Almaty for the first time, where they took 3rd place among 1000 participants. With this trip, all the trips of the dance group around the world began. 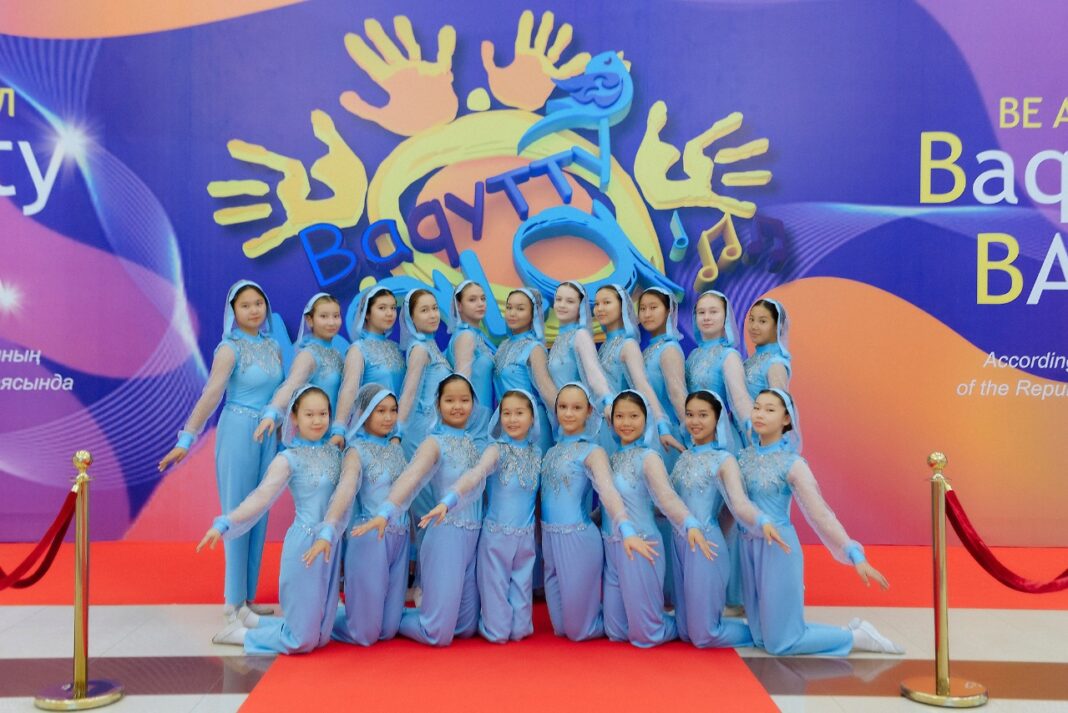 For 11 years of the existence of Mega Stars, children have participated in international competitions in countries such as Turkey, Italy, Georgia, Spain, the Netherlands, the UAE, Uzbekistan, Russia, France and throughout Kazakhstan. And, returning home, Mega Stars always had a Grand Prix or a prize-winning place. Today, about 300 children are engaged in the ensemble.

The Mega Stars ensemble has been cooperating with Baqytty Bala since the very foundation of the competition. This year, the collective staged dances to the mesmerizing performances of the winner of the first place Elizabeth Zakharieva from Bulgaria and Meyrambek Shalkarbai from Turkestan, who received a special prize from the sound producer Dimash Qudaibergen, Yerlan Bekchurin. 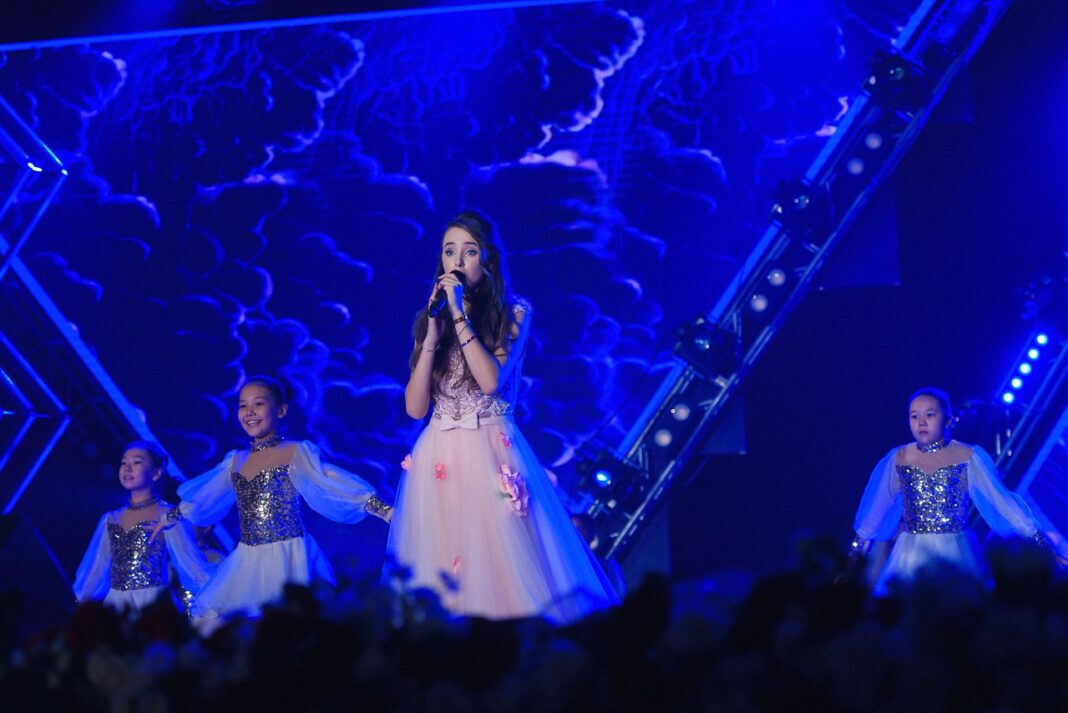 Madina Seitzhanova, team leader, shared her impressions of the competition:

“The most interesting thing is that for three years that we have been participating in Baqytty Bala, the participants our girls dance with always take prizes. This year, when we were assigned, and we had Elizabeth, I immediately told her that she would take either first place or the Grand Prix. And she took 1st place. Our children are very happy to participate in such a festival, we are always sincerely rooting for our participants.”

The Aktobe Ballet School opened in September 2018, and has become a unique place where immense love for children and love for the most beautiful form of art – ballet – meet. At the moment, about 100 children from 3 to 13 years old study at the School. 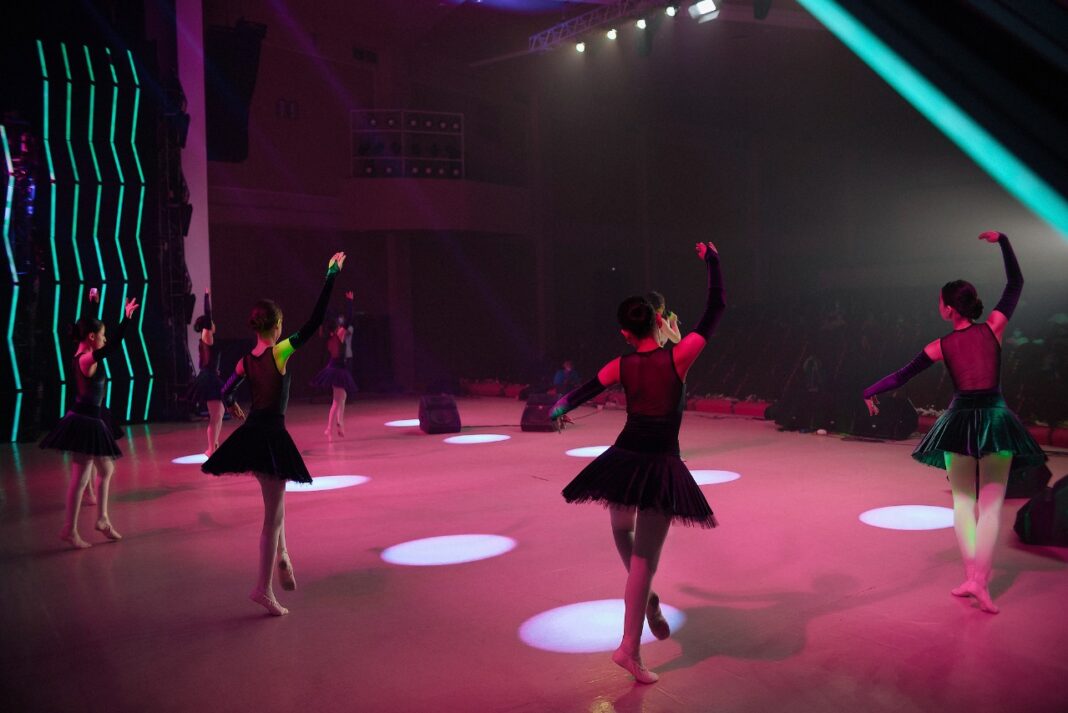 At Baqytty Bala, together with a talented vocalist from Kyiv, Kristina Dushutina, fascinating ballerinas from Aktobe Ballet opened competitive performances. With bated breath, the audience listened to the performance of the beautiful Ukrainian song “Pristrast” accompanied by a graceful dance of young dancers. 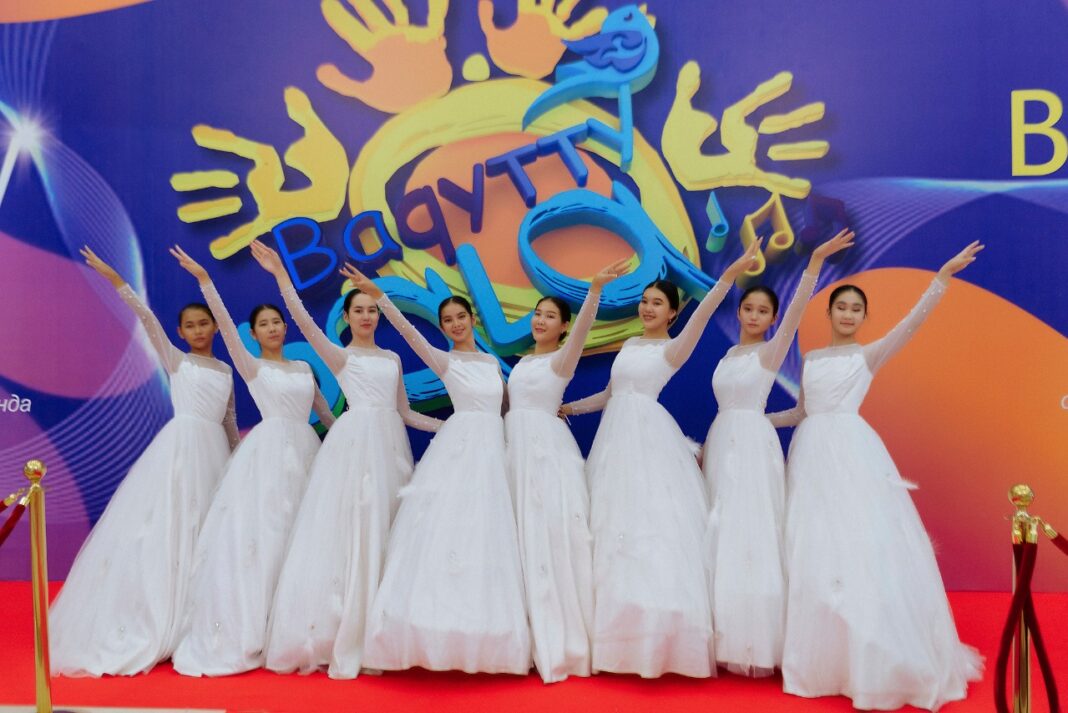 Dance studio art-ballet SUNKAR has become a real school of aesthetic education for children and adolescents. Students, and there are more than 100 of them aged 3 to 20 years old, here are introduced to the art and origins of dance.

Dance Studio Sunkar also won prizes and Grand Prix at many republican and international competitions. In addition, the team took part in such projects as “El Umiti”, “Star Factory” and Baqytty Bala. 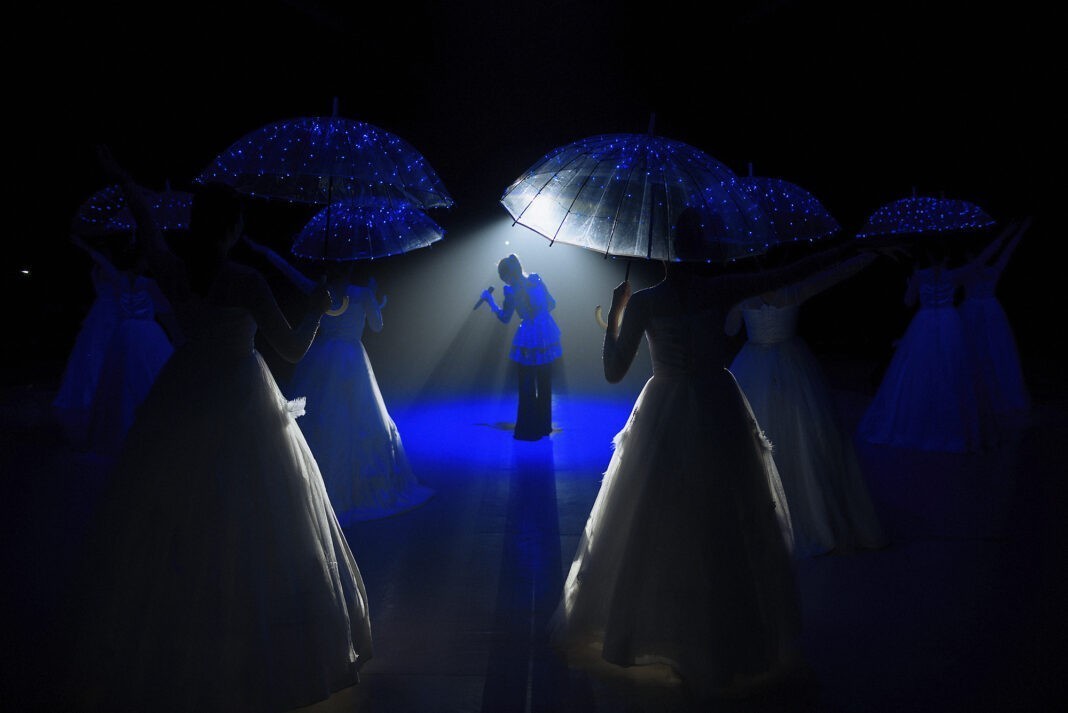 Like the Mega Stars ensemble, Sunkar has been working with Baqytty Bala for the third year now. By an amazing coincidence, it was the group that staged exciting dances to the numbers of two winners of the main prizes of the competition – Ailun Zausheva from Taraz, who received the Grand Prix of the festival, and Adel Kunadilova from Nur-Sultan, who won a special Dimash prize – a performance with the artist at his next solo concert.