A new variety of stunning rhododendron, named after Dimash and his grandmother Miua, appeared in Latvia. Both flowers will be planted side by side on the main alley of the “Babīte” park. Such an amazing gift to the performer was prepared by his fan club in Latvia “Dimash Latvia Dears”.

Dimash Latvia Dears Fan Club is a very young association of fans of Dimash Kudaibergen’s art of music. Exactly one year ago in September,  the founder of the club, Iveta Šlakota, gathered like-minded people from all over Latvia. The biggest event in the life of Dears was the concert of Dimash in Riga, for which they were very seriously preparing, met their favorite artist at the airport and organized a pre-party, which became the meeting place for Dears who came to the concert from all over the world. 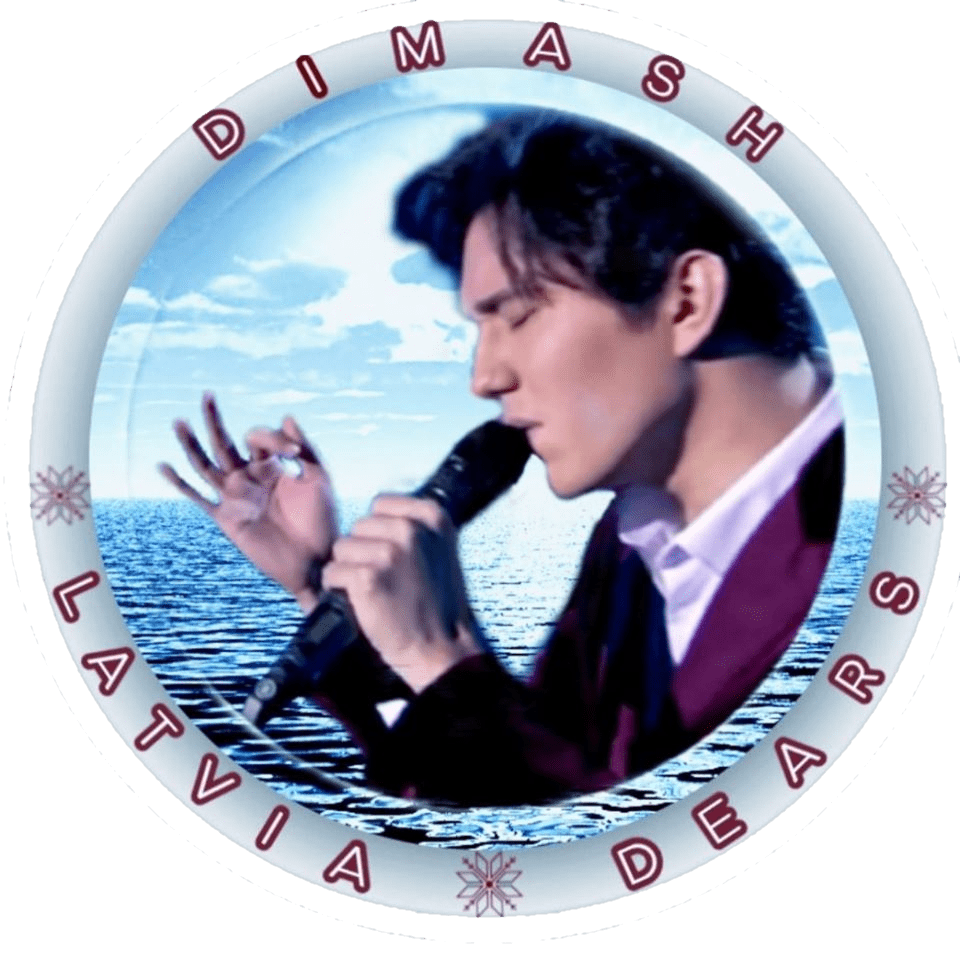 Preparing for Dimash’s birthday, the Dimash Latvia Dears fan club thought for a long time about what special gift can be given to a beloved performer. They wanted the gift to be both beautiful and durable. During the discussion, the Latvian Dears came up with the idea to name one of the beautiful flowers, or a tree by the name of the singer. Their choice fell on the royal rhododendron, which combines both an amazingly beautiful flower and a magnificent tree. By a lucky coincidence, the Chief Breeder of the Babīte Rhododendron Experimental Nursery, Gunita Riekstinya turned out to be a friend of Marina Ulmane, one of the Dears. 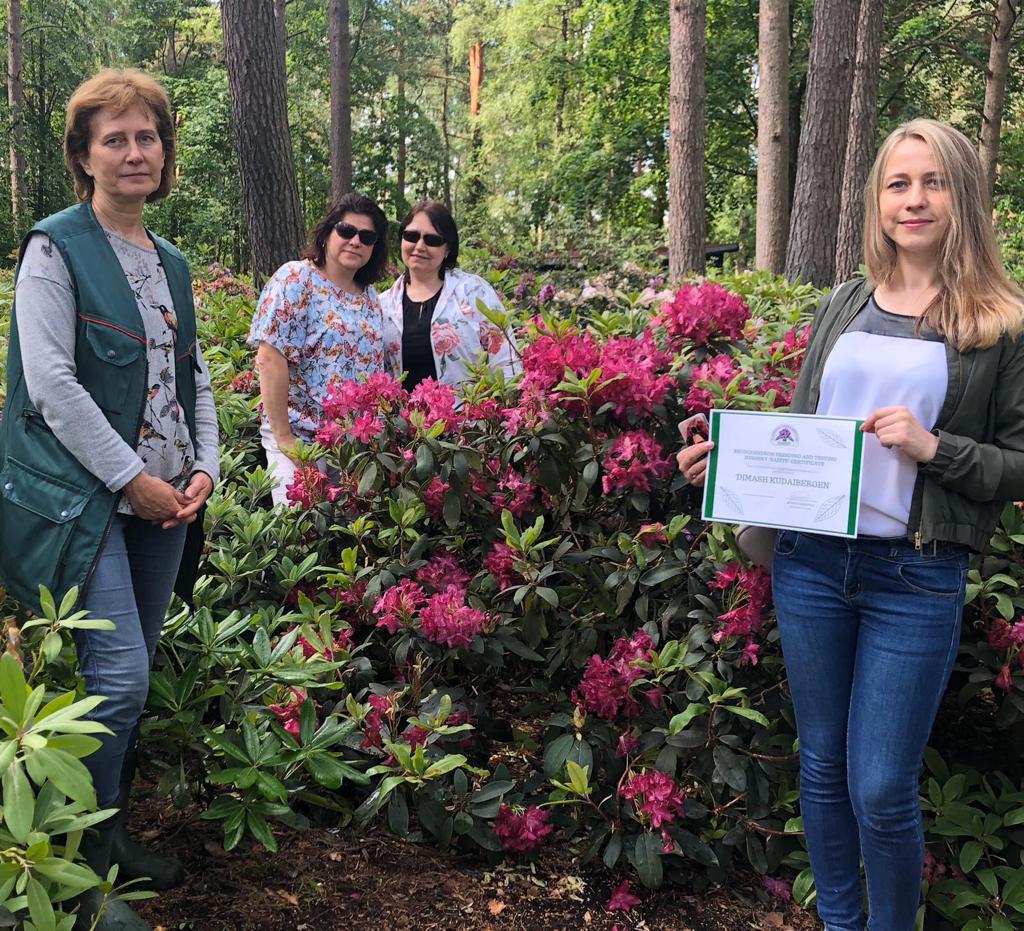 Gunita has been working in the “Babīte” Experimental Rhododendron Nursery for 37 years, having settled there right after she graduated from the Faculty of Biology. The woman worked with the famous Latvian professor Richard Kondratovich, who was engaged in the selection of rhododendrons. The Babite nursery park itself was founded on July 1, 1980. Its area is almost 30 acres (12 hectares), on which there are 77 natural species and 280 varieties of rhododendrons grow. Each year, the park is visited by 25,000 people from all over the world, mainly during the flowering period in May-June. 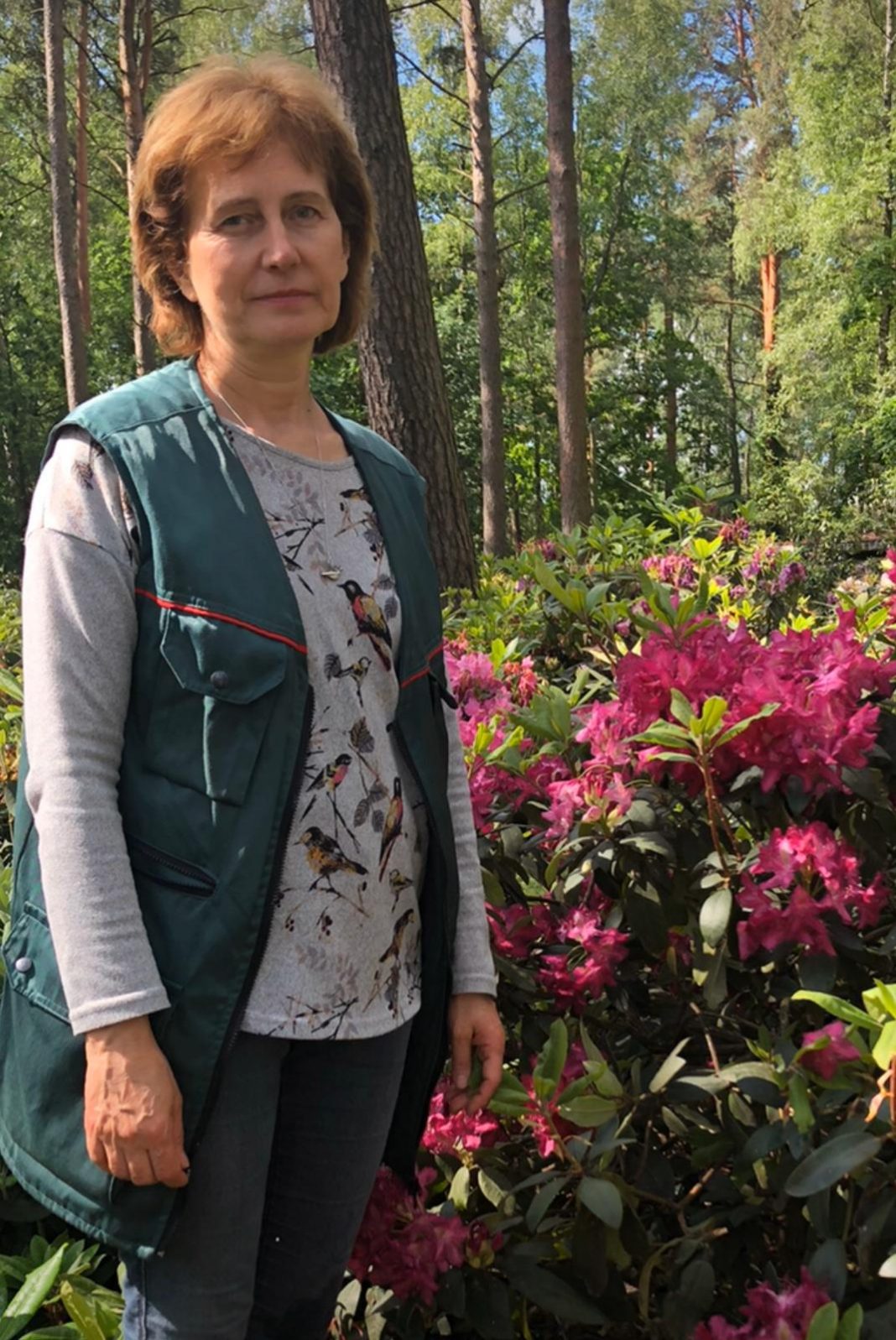 Gunita delighted Dears with the news that there is a new exclusive rhododendron variety that can be certified on May 24, and is perfect for the name Dimash. Seeing this unearthly beauty bush with huge purple inflorescences, it was immediately decided that this is exactly what they needed for a gift. Unfortunately, the certificate would not be ready in time, so it was only possible to announce the birth of a new flower variety “Dimash Kudaibergen” after receiving it in mid-June. 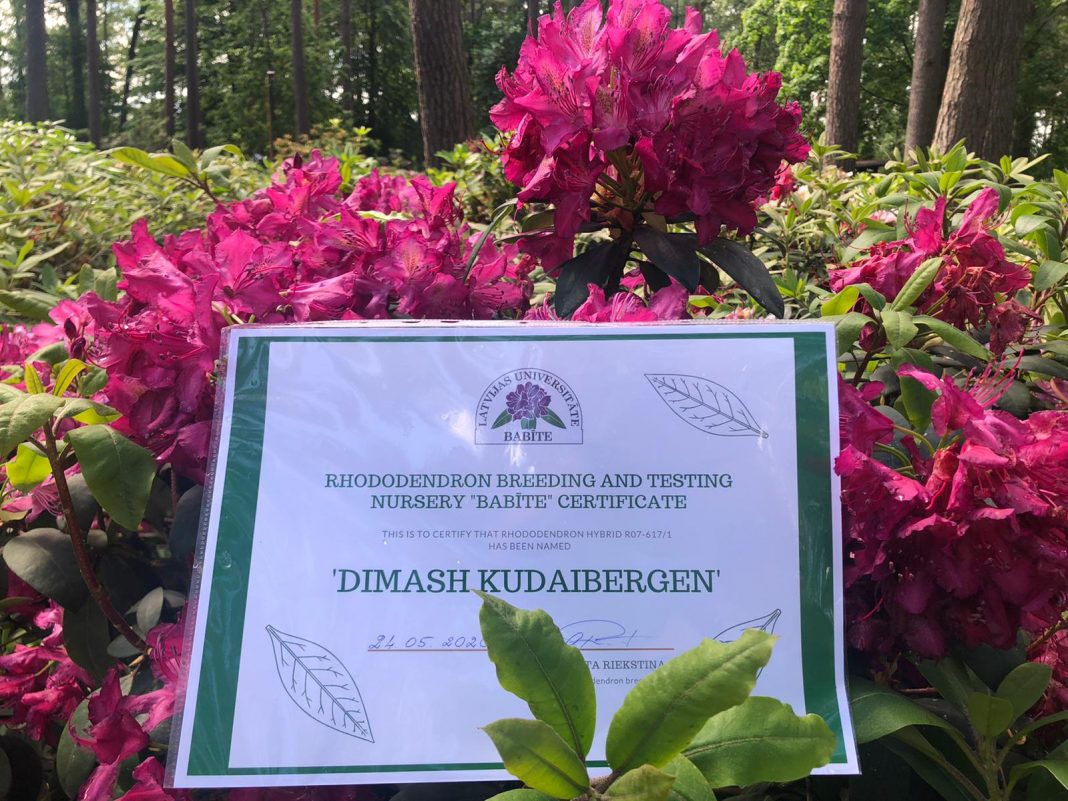 Rhododendron of Dimash Kudaibergen variety will be a large bush 2-3 meters high with evergreen leaves, large inflorescences of a dark purple color. During his rapid flowering period in May-June, it will be able to delight people in different parts of the world. 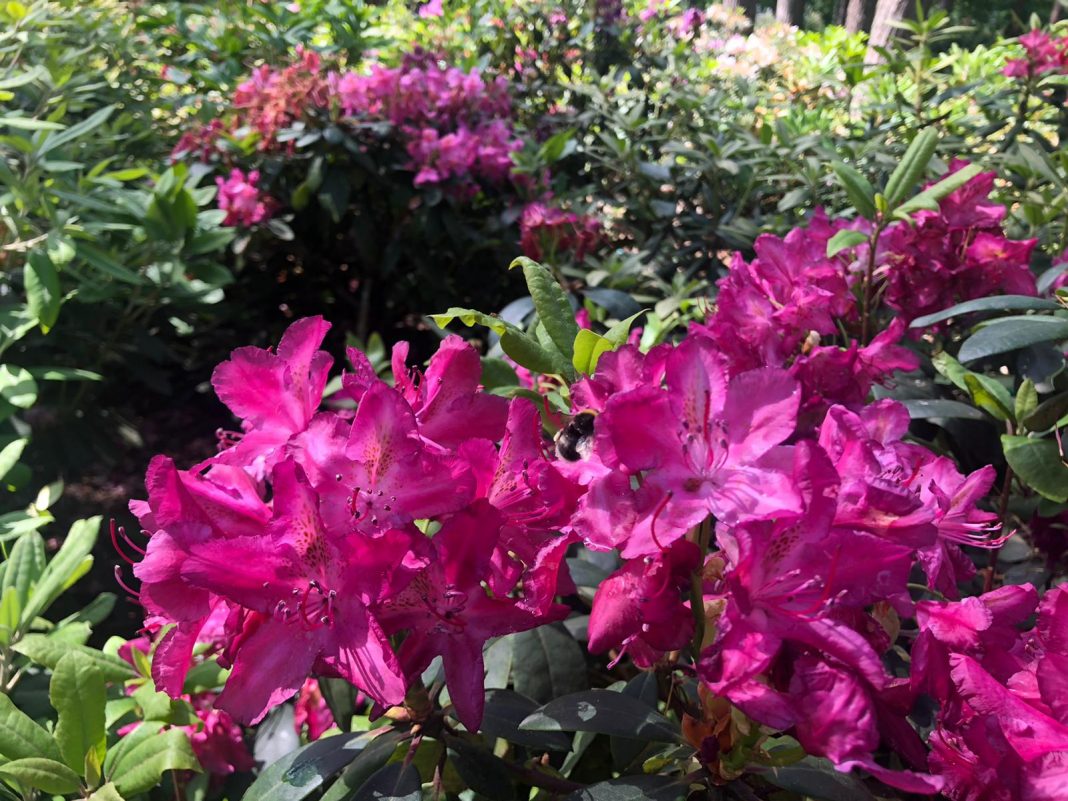 After success with a gift for Dimash, Marina Ulmane, together with Gunita Riekstyn, decided to present a variety of beautiful rhododendron his grandmother Miua Nizamutdinova, to whom the singer is very close to. Marina Ulmane herself is a Dear, as well as a theater and concert agent in the Baltic States. She herself has a grandson-musician, so Miua Nizamutdinova is very close to her in spirit. This prompted Marina’s desire to also give grandmother of Dimash a new kind of rhododendron. 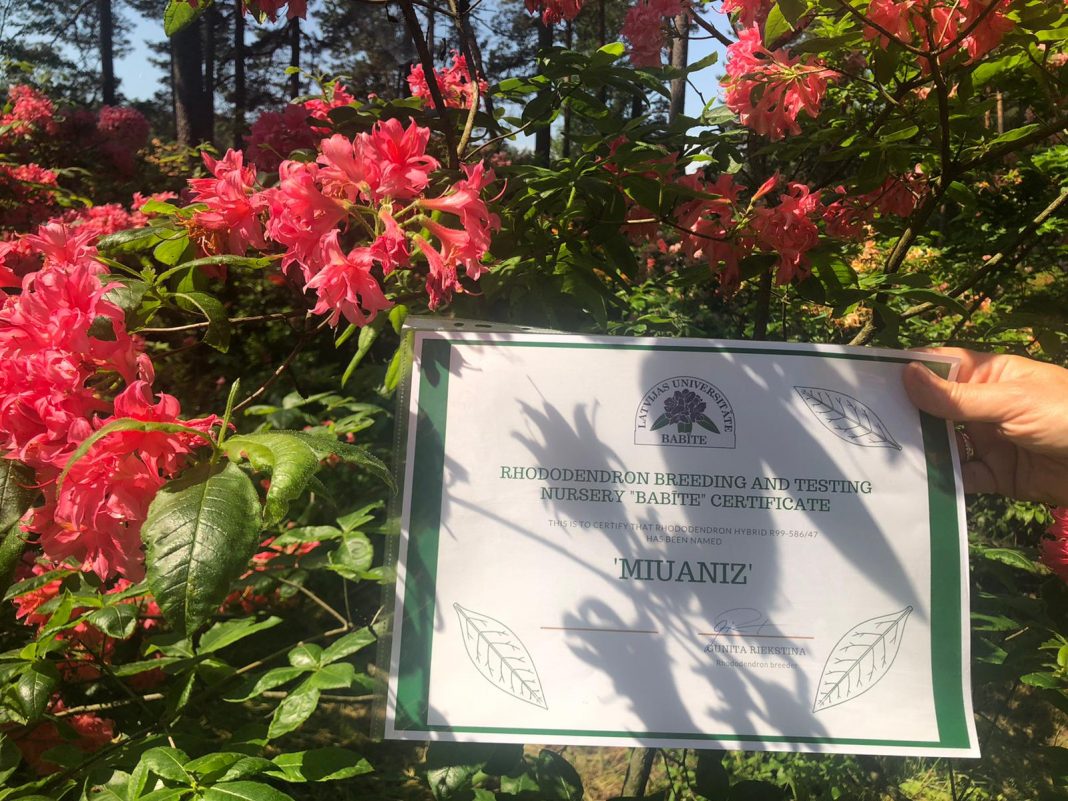 The rhododendron family has a very feminine variety called azalea. Despite its external fragility, it is an unpretentious and persistent flower. It is such a gentle variety that it was decided to name it in honor of the grandmother-mother of Dimash. And now the variety of rhododendron azaleas with bright but very delicate pink blossoms will bear the very beautiful name “Miuaniz”. 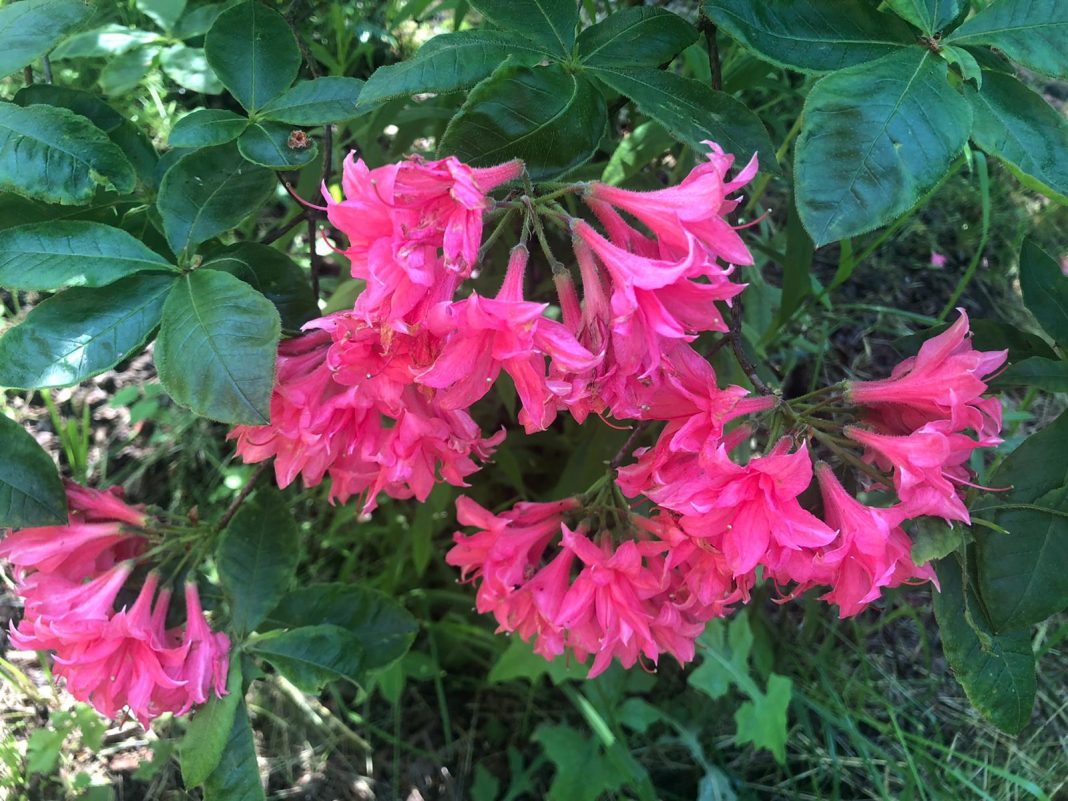 It did not work to name the variety only, since the royal register already contains the “Mia” variety, and the name of the new one must differ by more than one letter. Thus, it was decided to name the new variety “Miuaniz”, a nickname in the Instagram of grandmother Dimash, who combines her name and the first three letters of the surname. 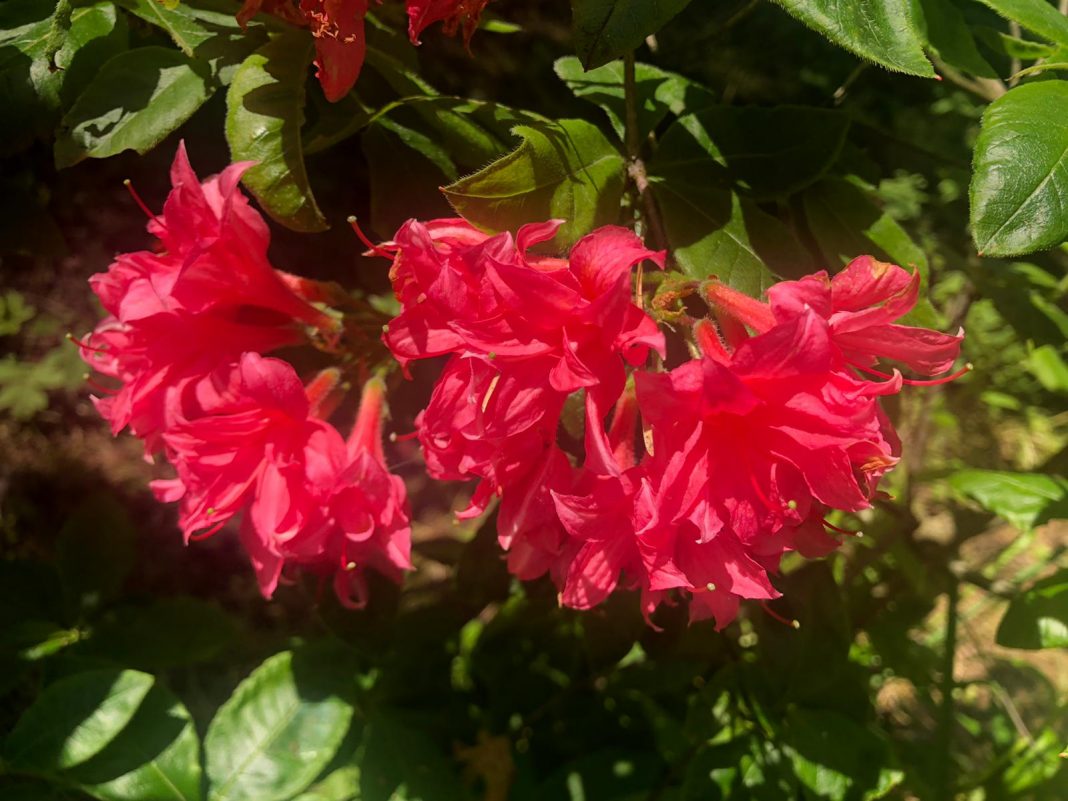 Azalea “Miuaniz” and “Dimash Kudaibergen” rhododendron, the inflorescences of which are in perfect harmony with each other, will be planted next to each other on the main alley of the “Babīte” park with the corresponding signs. Both varieties will be propagated, and seedlings will soon be available for purchase. In addition to the Latvian registry, both flowers will be registered in the World Register of the Royal Society of Royal Rhododendrons of Great Britain.