On December 16, 2021, the Republic of Kazakhstan celebrated the 30th anniversary of its independence. In honor of the holiday, Dimash, the DimashAli creative center, and the Khabar TV channel prepared a gift — a music video for the song “Omir Oter”. Read about the legendary historical figures of Kazakhstan presented in this video on DimashNews. 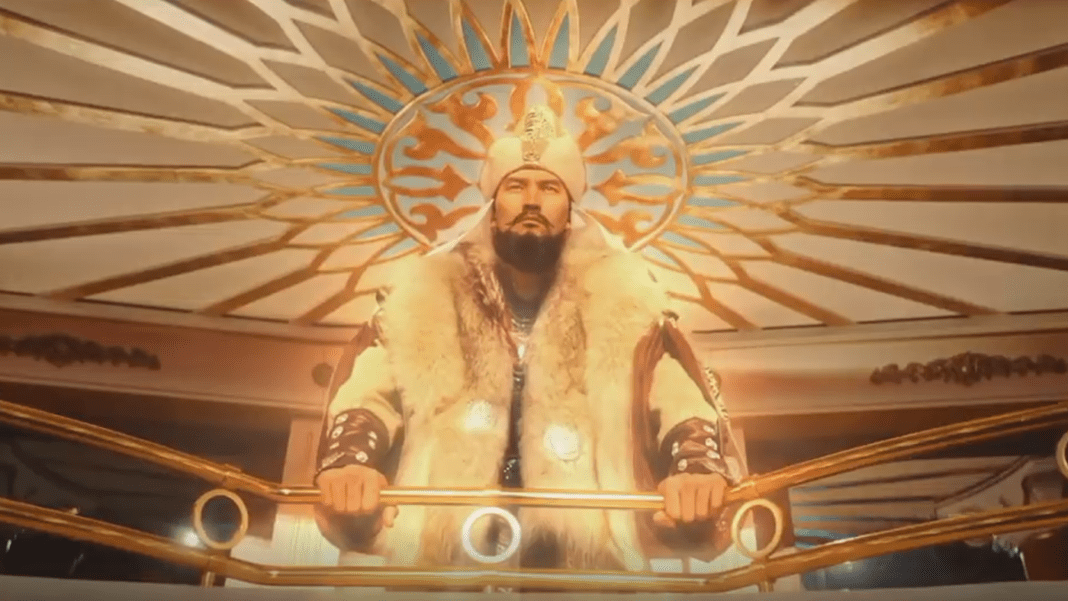 Abylai Khan is one of the brightest figures in the history of Kazakhstan. The University of Foreign Languages ​​in Almaty, as well as streets in different cities of the country are named after him, as are monuments and museums. Abylai Khan was an outstanding statesman, a brave commander, and a far-sighted politician. He managed to unite the forces of the Kazakh Khanate, turning it into a powerful military state. 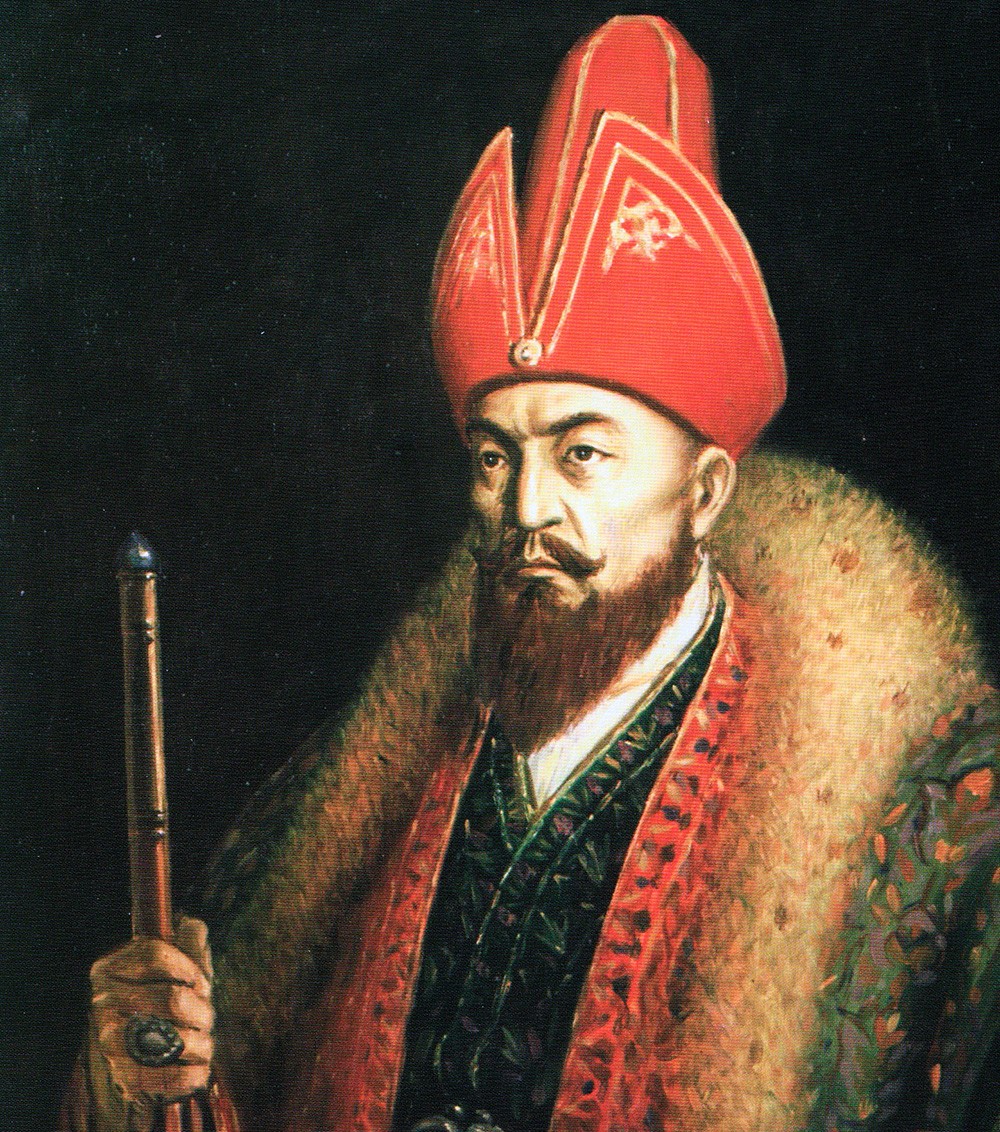 Abylai Khan is also known as a talented kuishi (player of kuis) who knew and loved the folklore of the Kazakh people. About twenty of his kuis (pieces of music played on traditional instruments) have come down to us, many of which reflected the socio-political situation of that time: “Ak tolkyn”, “Bұlan zhіgіt”, “Duniye kaldy”, “Zhetim tory”, “Kairan elim”, “Kara zhorga”, ” Maida zhel”, and “Shandy zhoryk”. 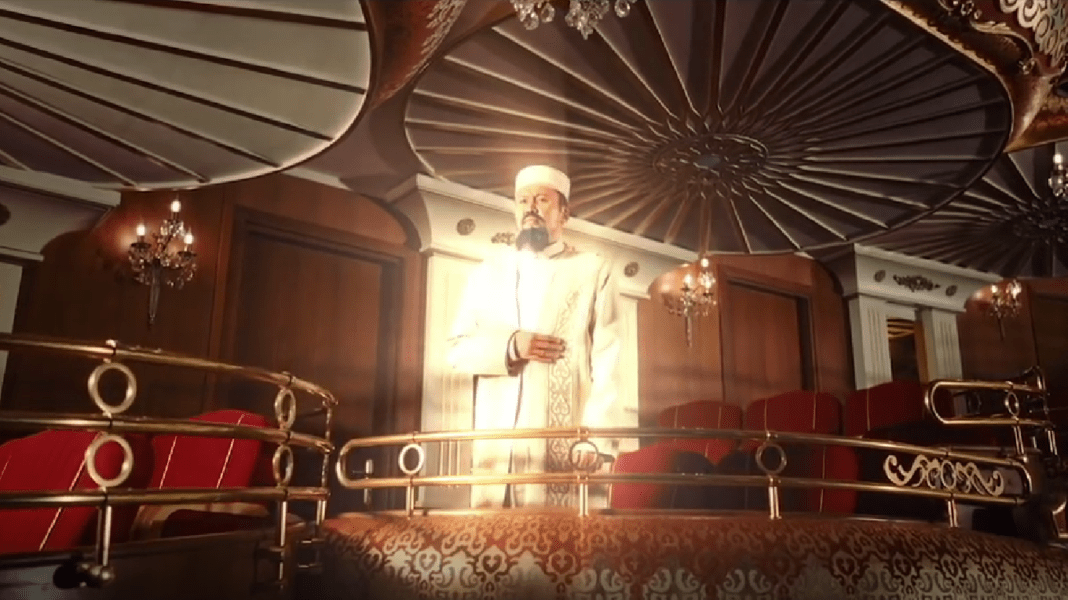 Abai is a great Kazakh poet, writer, composer, public figure, founder of modern Kazakh written literature and Kazakh literary language, reformer, educator and philosopher.
Abai is a world personality whose name has long been known outside of Kazakhstan. He is a wise thinker and an outstanding poet, a true scientist. His poetry exalts love and compassion for people, and calls on humanity to fight against darkness and ignorance. 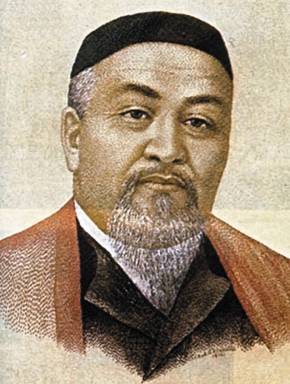 The best-known work of Abai is the prose poem “Kara soz” (“Simple word”), consisting of 45 short parables or philosophical treatises. In these “Instructions”, the problems of history, pedagogy, morality and rights of ethnic Kazakhs are raised. The work has been translated into many languages ​​of the world. Abai was also a composer. He created about two dozen melodies that are popular today. 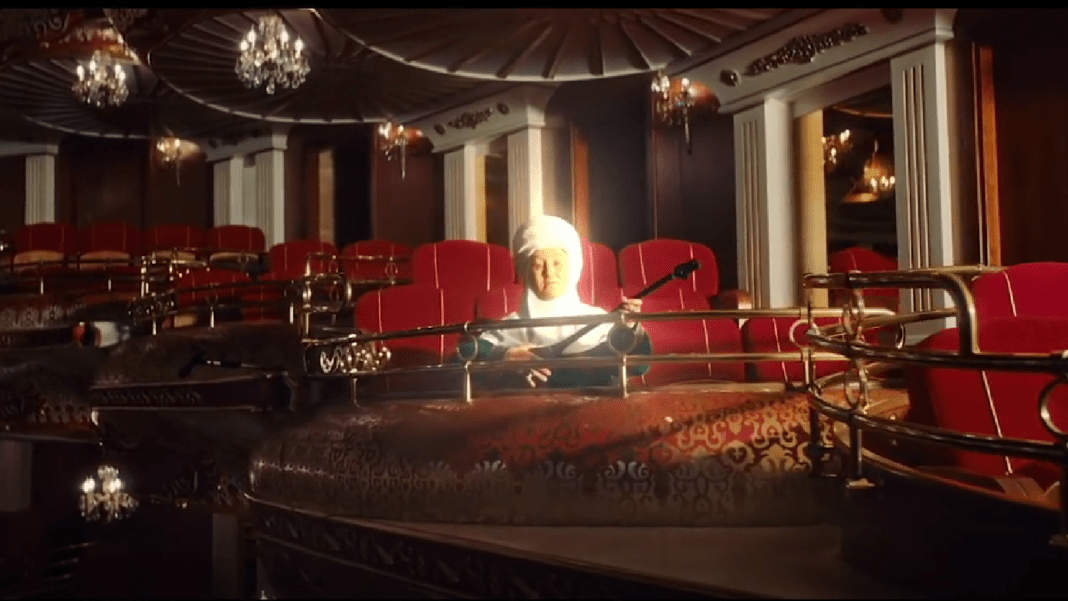 Dina Nurpeisova is a famous Kazakh composer, kuishi, People’s Artist of Kazakhstan, and a student of Kurmangazy.

In her work, Dina sensitively responded to all those events that roused the people and took place during her lifetime. When she got married, her father gave her a horse with a mark on the forehead. Thus, the kui “Kara kaska at” was created. Relying on her mentors, Dauletkerey and Turkesh, she wrote the kui “Bulbul”, “Zhiger”, “Bayzhuma”. 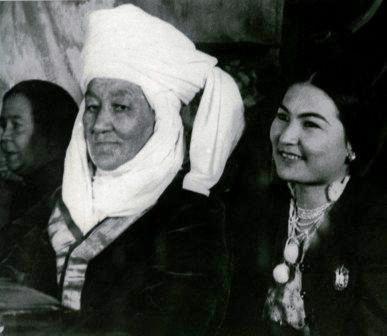 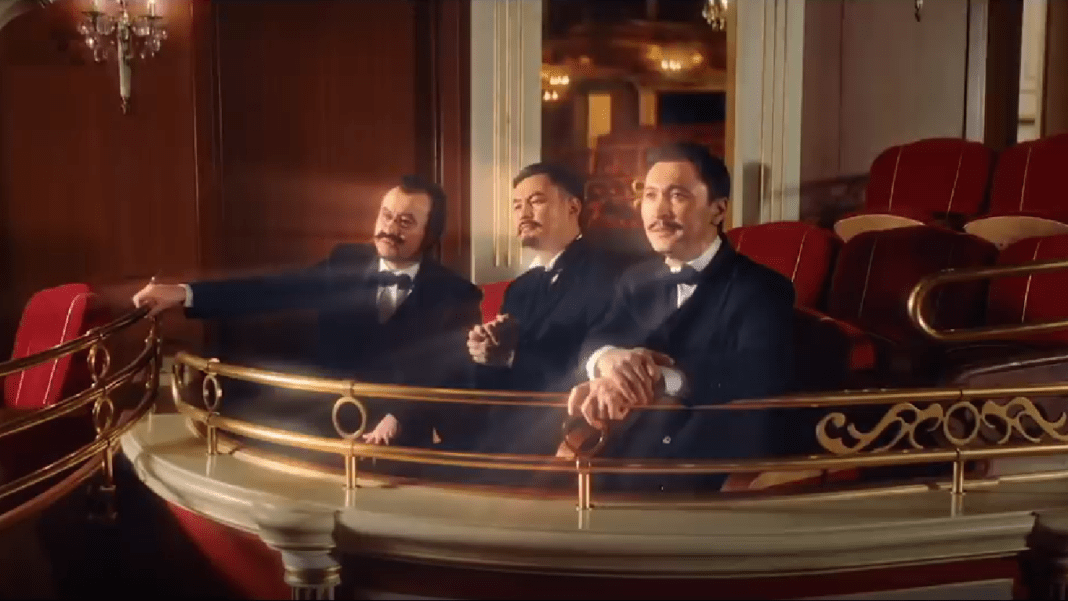 At the beginning of the 20th century, in the Kazakh region of the Russian Empire, the colonial nature of governance aroused among the minds of many enlightened Kazakhs the idea of ​​protecting the population from the arbitrariness of the authorities. On the basis of which the “Alash” movement was created, which received its name from the name of the mythical Alash Khan. This name embodied the ideas of uniting all Kazakh lands and the dream of Kazakh independence — the main tool in the system of protecting national interests.

Alikhan Bokeikhanov (1870 – 1937) An outstanding public and statesman, scientist, founder and leader of the first Kazakh political party. He served in the editorial office of the newspaper “Stepnoy Krai”, and worked with Russian scientists and with A. Baitursynov (Kazakh intellectual) and M. Dulatov (Kazakh poet, writer, and one of the leaders of the Alash Orda) on expeditions to study the geography of Kazakhstan.

Mirzhakyp Dulatov (1885-1935) was a famous Kazakh writer, poet, public figure, teacher, who attached great importance to the versatile development of personality, both his own and the younger generation. Along with his native language, he studied Arabic and Russian since childhood, which led to a passion for writing and poetry.

Akhmet Baitursynov (1872 – 1937) was a Kazakh poet, publicist, founder of Kazakh literary studies, founder of the Kazakh Cyrillic alphabet and Kazakh language studies in general, teacher, public figure. In his work, he attached great importance to the works of Abai, wanting to revive and spread his ideas among young people, along with this, he was engaged in the study of the concept of “literature” in the Kazakh oral and written culture. 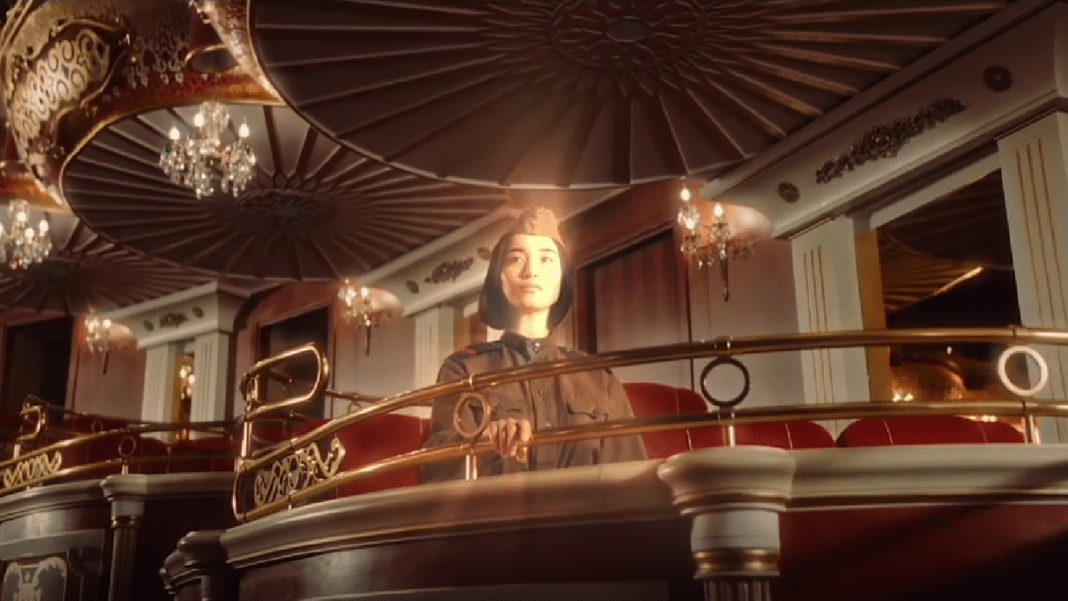 Aliya was born on October 25, 1925 in the Aktobe region, at the age of 10 she moved with her family to Moscow, then to Leningrad. After graduating from the 7th grade, Aliya submitted an application with a request to send her to the front as a volunteer and entered the Central School of Sniper Training Instructors. In July 1943, Aliya was sent as a sniper to the 54th Rifle Brigade (22nd Army). 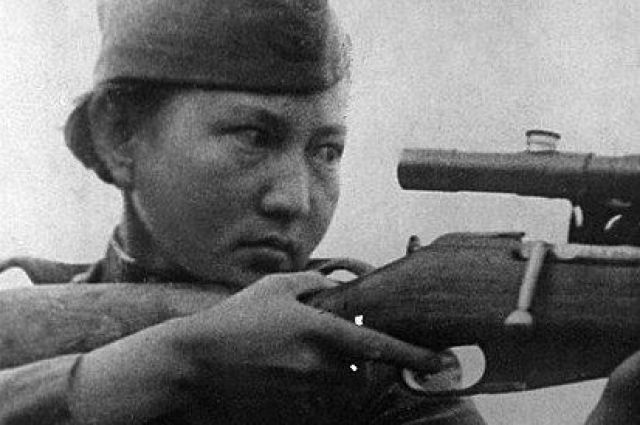 On January 14 , 1944 , during one of the attacks on the enemy in the Novosokolnichesky district , Aliya Moldagulova stood up to her full height and shouted: “Brothers, soldiers, follow me!”. Aliya was wounded in the arm by a mine fragment, but continued to participate in hand-to-hand combat. During the battle, Aliya Moldagulova was mortally wounded and died.

On June 4, 1944, Aliya Nurmukhambetovna Moldagulova was posthumously awarded the title Hero of the Soviet Union. Streets in Nur-Sultan, Karaganda, Aktobe, Moscow, St. Petersburg are named after Aliya. A memorial complex was built at the place of her death in Novosokolniki.