June 20, 2022
1171
Dears Club Rhododendron variety Dimash Qudaibergen will be given to the Botanical Garden of...
Dears ClubTop News

On June 18, in the “Corner of Kazakhstan” of the Latvian park “Babite”, the certificates of new varieties of rhodendron “Dimash Qudaibergen”, “Miuaniz” and “Qazaqstan” were presented. These unique plants will become another symbol of friendship between the two countries. 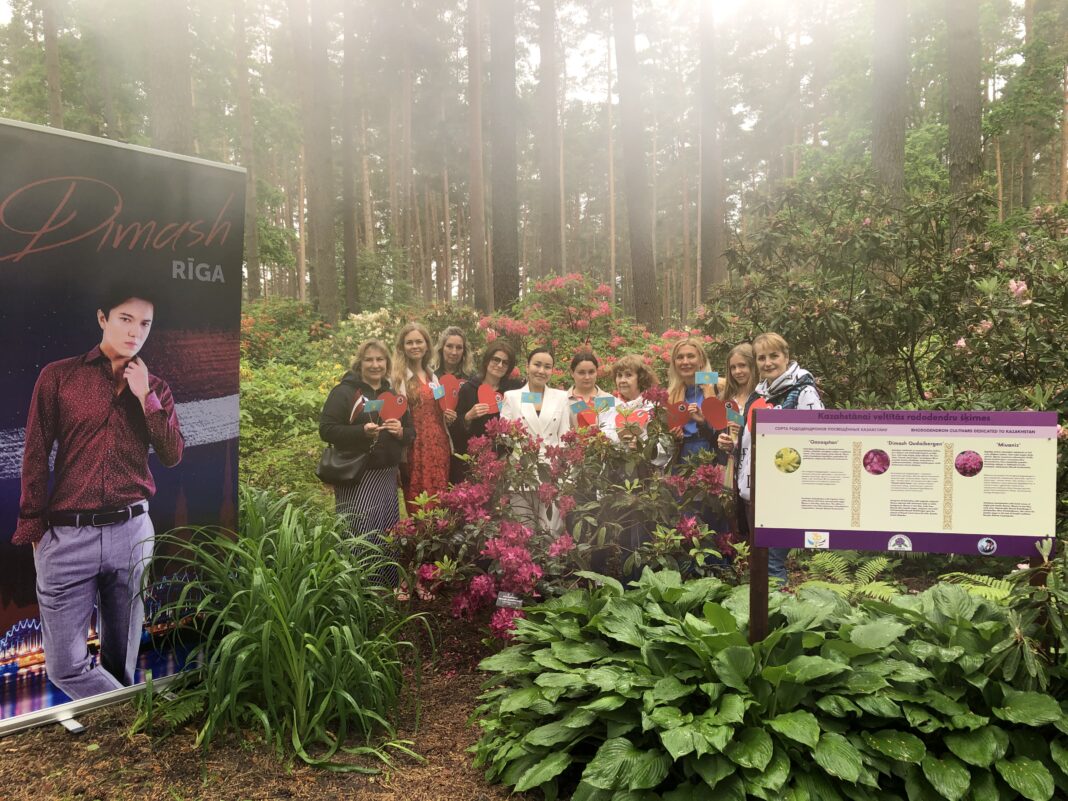 Last Saturday, a meeting of the “Dimash Latvia Dears” fan club was held against the amazingly beautiful nature of the Latvian Rhododendron Park “Babite” with the participation of a representative of the Embassy of the Republic of Kazakhstan in Latvia Ainura Ahmetova and the park management.

The meeting was dedicated to the 30th anniversary of friendship between the two countries, which is celebrated this year. 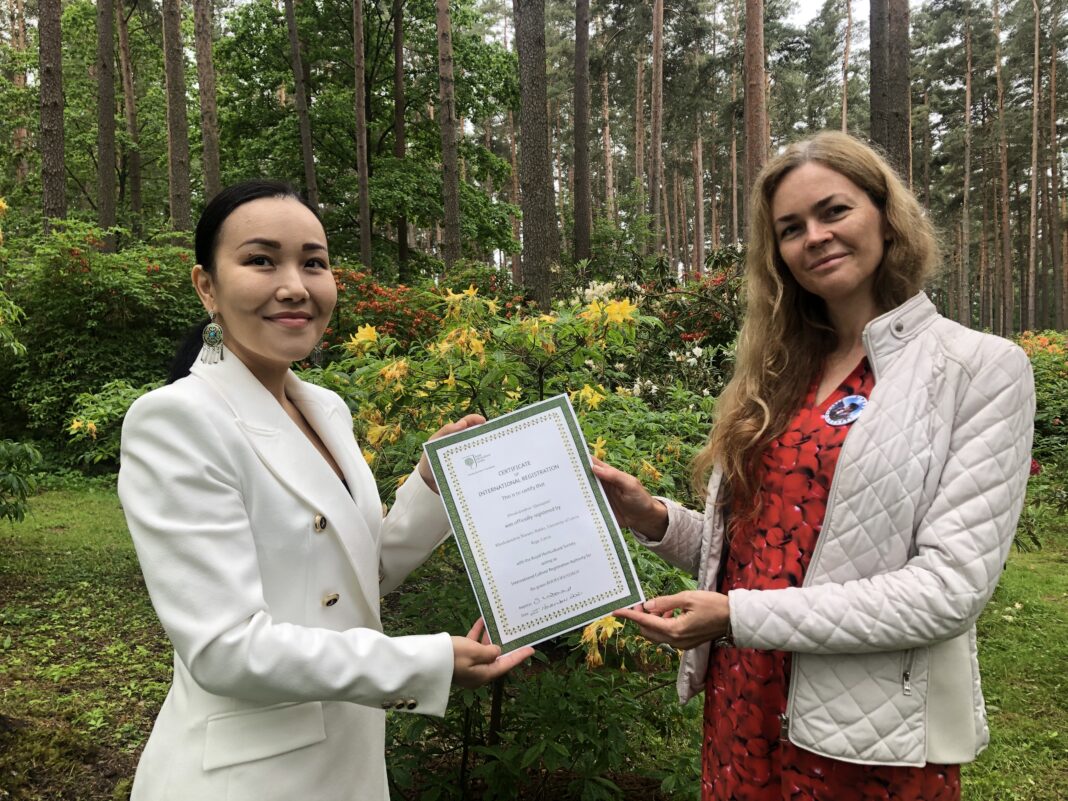 Surrounded by blooming rhododendrons, the long-awaited presentation of certificates of the British International Register of Varieties “Dimash Qudaibergen”, “Miuaniz” and “Qazaqstan” took place. The audioguide and guide tablet were unveiled, telling the history of the creation of these unique varieties. 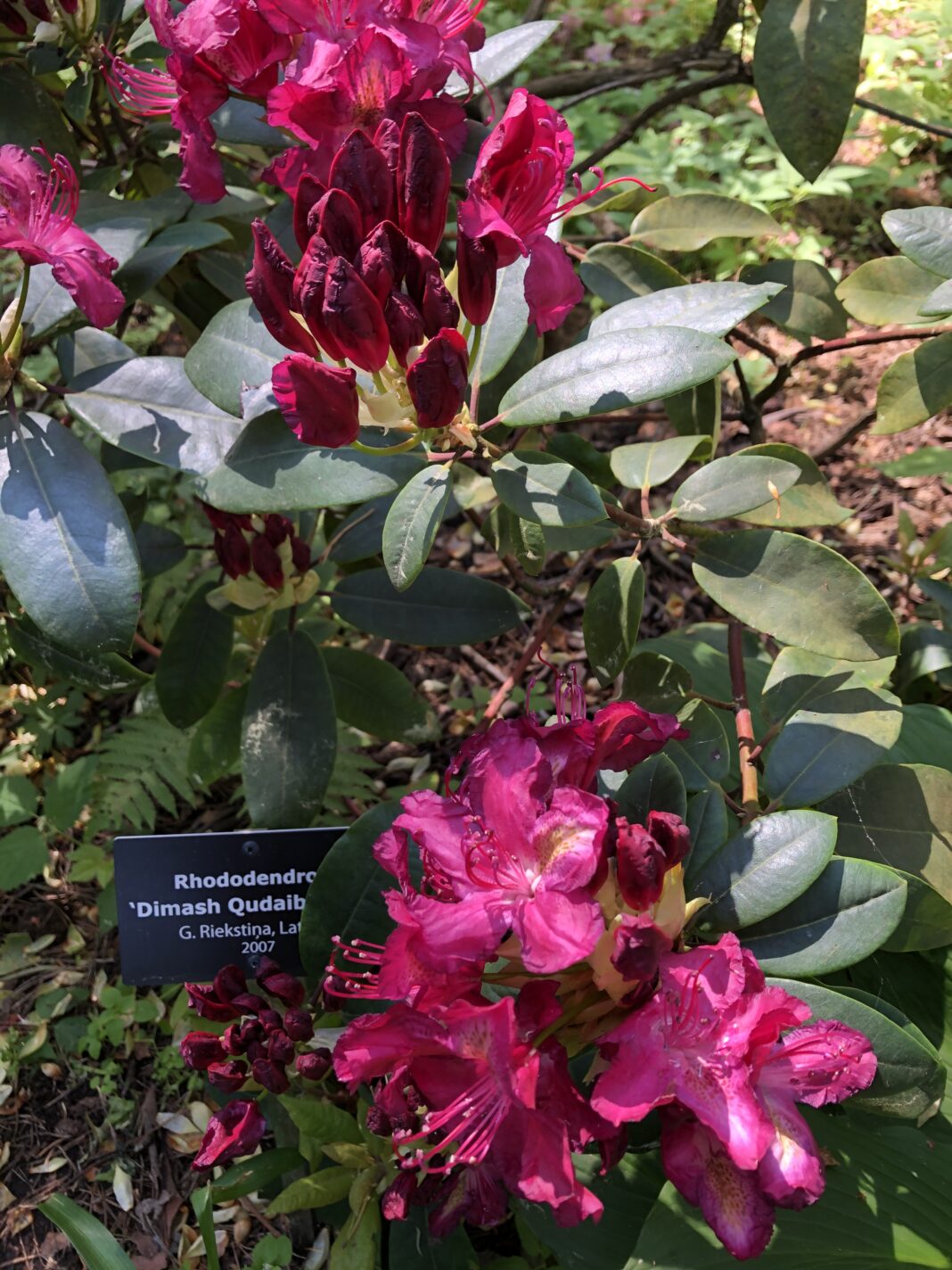 There was also a presentation of the first eight exclusive seedlings of rhododendron variety “Dimash Qudaibergen”, obtained by accelerated method in this anniversary year. Two seedlings will remain in Latvia, three will be presented to the Artist himself and three to the Botanical Garden of the capital of Kazakhstan, the city of Nur-Sultan.

During the event Ainura Akhmetova presented a colorful edition of the book “Latvians about Kazakhstan”, in which the most famous people of Latvia, beginning with President Egils Levits, have expressed their wishes to the Land of Great Steppe in Latvian. Here is also a translation into Kazakh. 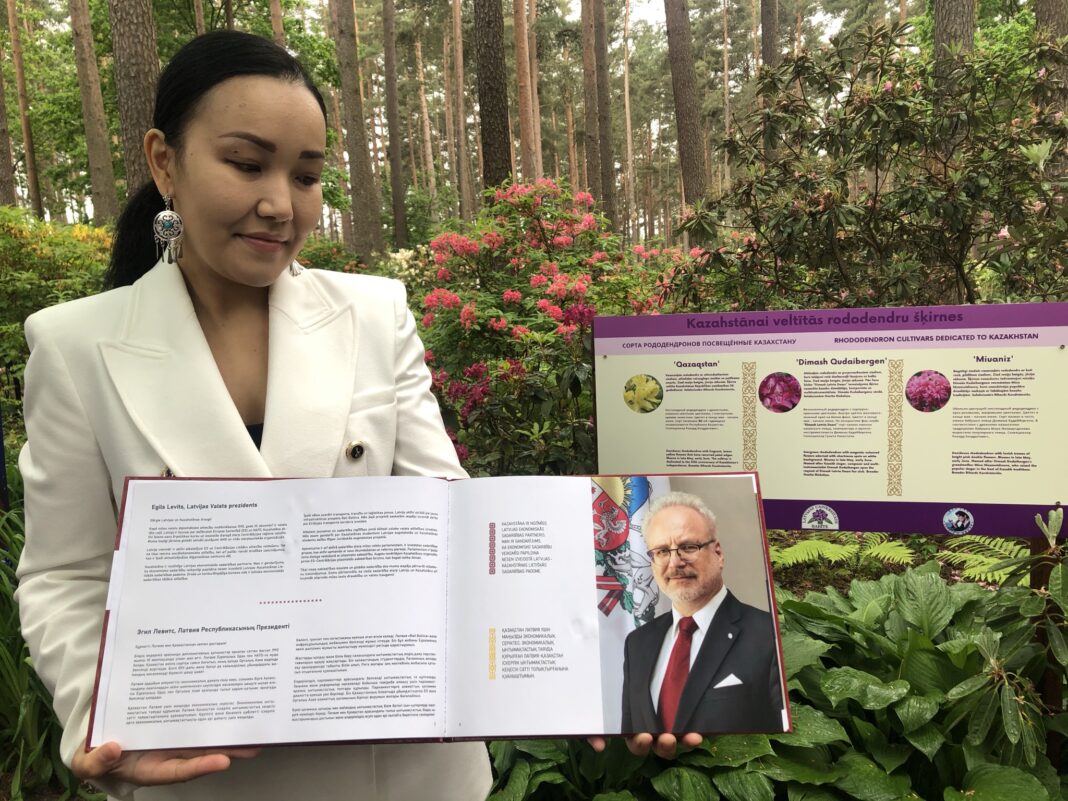 Copies of this publication were sent to the Minister of Foreign Affairs of the Republic of Kazakhstan. The commemorative book will also be given to the family of Dimash.

Then the meeting continued in an informal atmosphere with national Kazakh and Latvian treats to the songs of the Kazakh artist. Ainura Akhmetova welcomed the participants in her native language, spoke about Dimash’s great contribution to the promotion of his homeland’s culture around the world, thanked the “Dimash Latvia Dears” Club for the work already done in this direction and expressed hope for further fruitful cooperation. 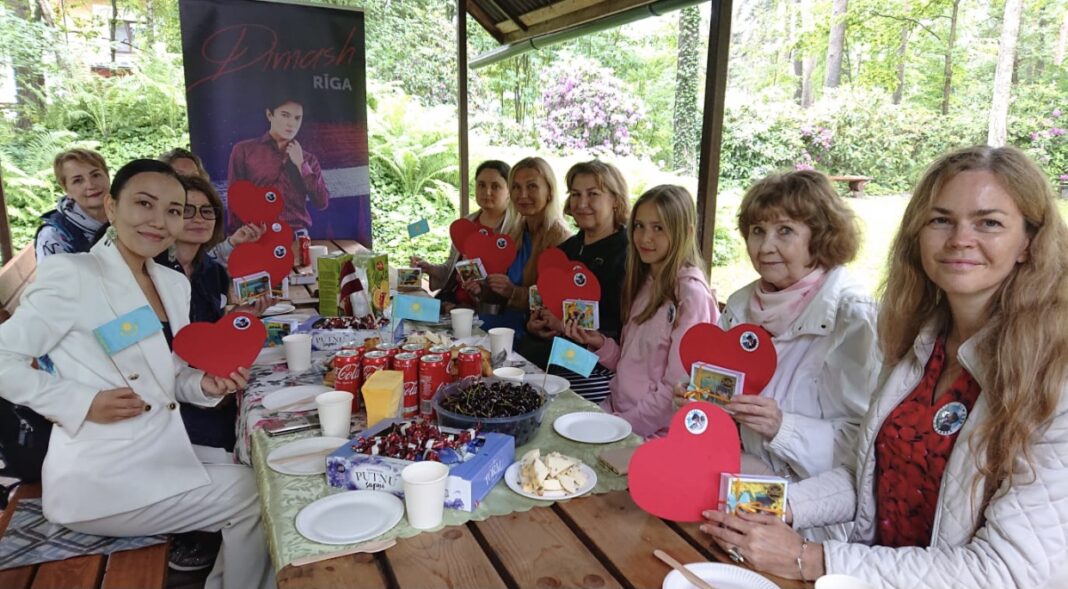 In turn, the Latvian fans of Dimash’s work thank the Embassy of Kazakhstan in Latvia, the management of the Rhododendron Park, its director Kristaps Kunrads and chief breeder Gunita Riekstinia, for a very successful cooperation.

During the meeting, participants discussed plans for the future, in which new interesting joint activities are planned.