For artists, fan clubs represent their most important and precious support that feeds their inspiration and creativity. Today we bring to your attention the history of the first and official Dimash fan club “DOFC”. Its sole purpose is to support your favorite artist anywhere in the world, wherever he is. 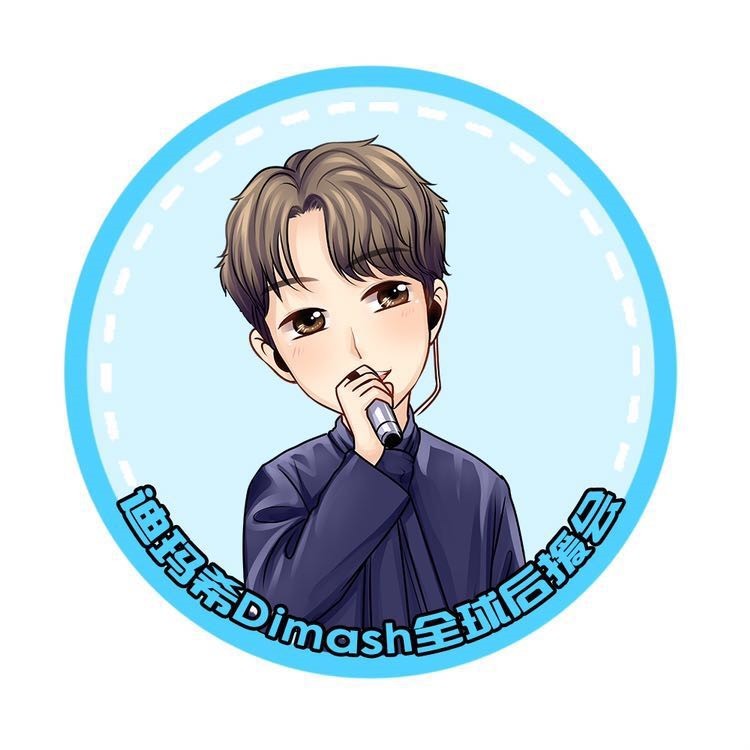 Dimash Official Fan Club (DOFC) was founded on January 23, 2017. It is a fan club officially certified by Dimash and the agency BG Talent in China.  The objective of the club: No matter where Dimash is in the world, Chinese Dears will go there to support.

The functional groups under DOFC are administration, translation, art, videos, copywriters, and public relation. There are also branch stations in Beijing, Northeast, Huadong, Guangdong, Central, Southwest and Northwest, of China. All branch stations coordinate and work together closely. Due to a significant number of Dears in China, other fan stations of various themes have also been formed, such as Care for Dimash fanclub, Online Dimash Zaozuo Group, Dimash DataKing Group… (refer to sheet 1), which have been playing very important roles among fans.  In addition, hundreds of personal accounts specialized in photography, painters, video editors, resource handling, etc., are still making great efforts to promote music of Dimash.

No matter where Dimash is, we CN Dears have always been unifying in one to support him in career development.  As the sole official representative of all Chinese Dears, DOFC has undertaken this mission since its inception, to gather strength for music art of Mr. Dimash Kudaibergen and to unify Dears who have this common wish.

（The above are representations of active fan accounts）

On June 14, 2019, Dimash released his first digital album “iD” in China. Together with the fan stations, we organized Dears to purchase and promote the album. It broke through triple platinum sales (3 million RMB) in 47 minutes on QQ Music and became top hit in the album sales chart many times in a row. 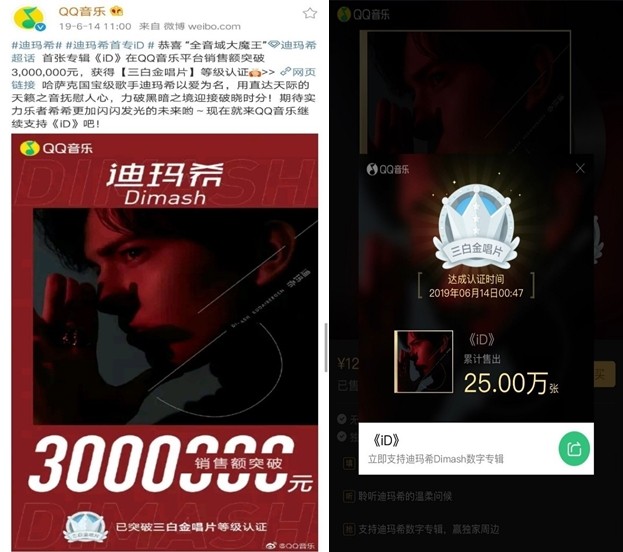 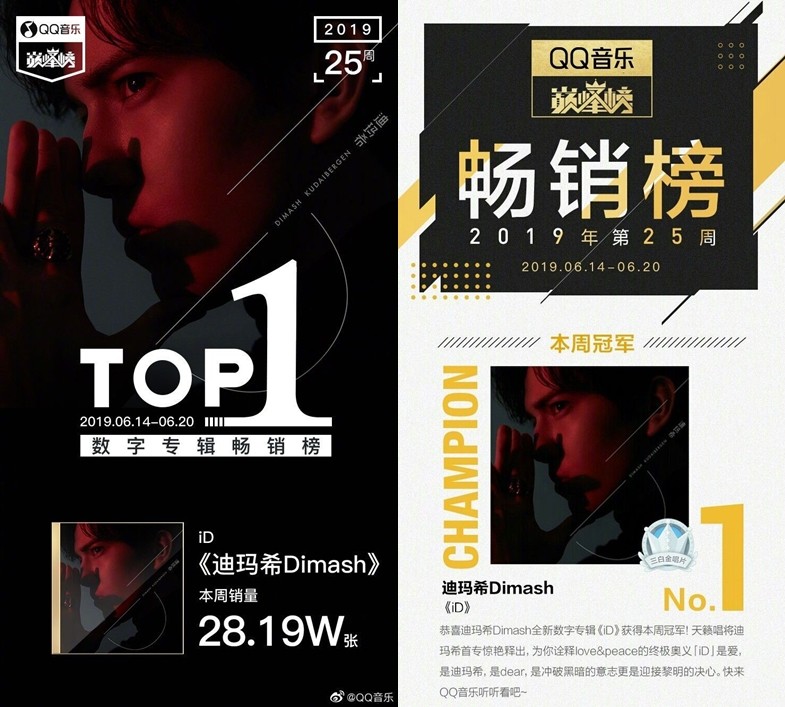 The Music cherished the most by Dimash is also what Chinese (CN) Dears cherish. Whether a single newly released or a MV newly shot, CN Dears would fully support. Dimash’s magical interchangeable voice and undeniable talent attracted millions of CN Dears to fall in love with his music. The artist deserves all the accomplishments listed below.

Besides purchasing new singles, Dears drive up every single new song of Dimash on the popularity charts. Eight of them hit the annual top 100 chart in QQ Music. “Ocean over the time” ranked the eighth place with popularity of 5.366 million (RMB ¥536,600) along with Popularity Diamond certification. Another ten of all songs have reached Popularity Golden certifications including Pinnacle Golden Single for “Hello” and Screaming Golden Single for “Screaming” and “The Crown”.

From the first song “S.O.S” to the latest “We Are One”, CN Dears have contributed approximately 30 million of popularity (RMB ¥3,000,000). “Our Love” and “Only You” hit No.1 on Weekly Chart. Many of them hit No.1 on Daily Chart such as “Have a Blast”, the postlude of Jackie Chan Movie “V-Guard”. The movie OST “Couldn’t Leave” attached 3.159 million of popularity votes in 26 days since the song was released on NetEase Music.

Dimash celebrated his birthday on May 24, 2017 in China with Dears. We made a “blue ocean” for him and made him experience an unique birthday. Dimash wrote “Today is 难忘的一天”! (“an unforgettable day” in Chinese) as a thank you note to Dears. 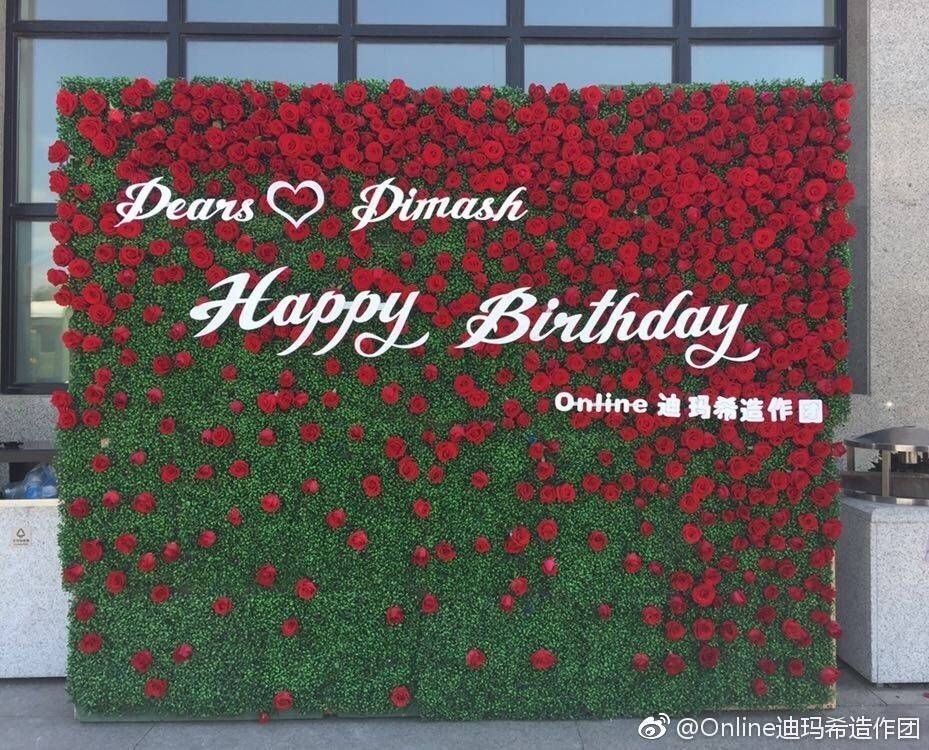 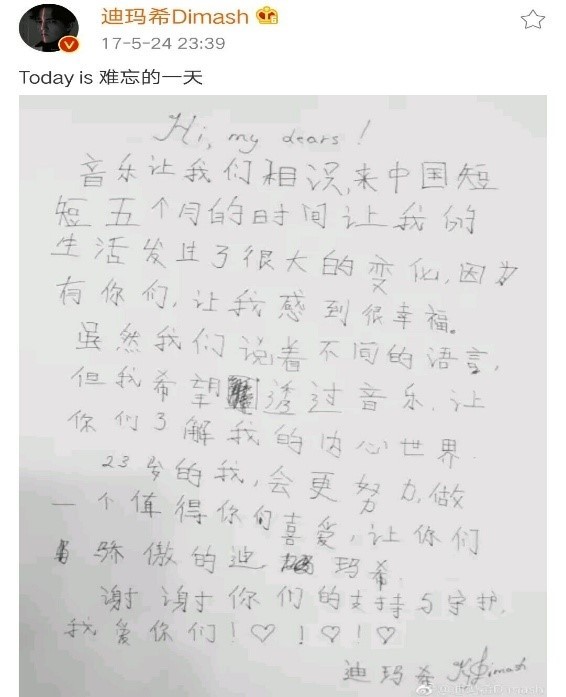 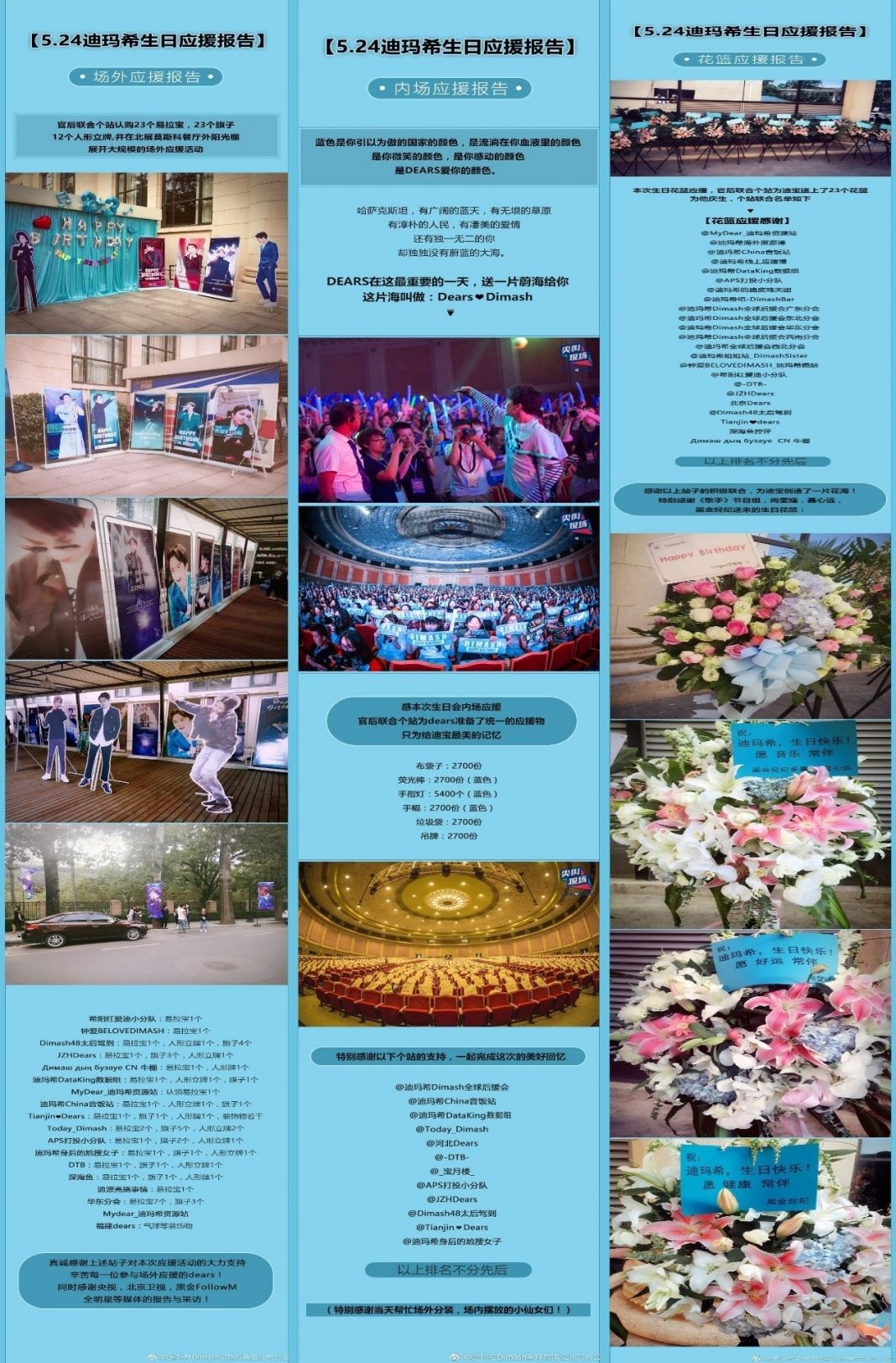 During three concerts in China, CN fan stations collaborated with each other inside the venues. On the outside, each station set up boards, roll-up banners, flags and various customized LED fan boards. They also gave away limited-edition gifts such as banners, handheld fans, clear cards and badges, bracelets, ribbons, hand warmers, throat lozenges, hats and T-shirts. CN Dears have brought this tradition to world tours in order to support Dimash. 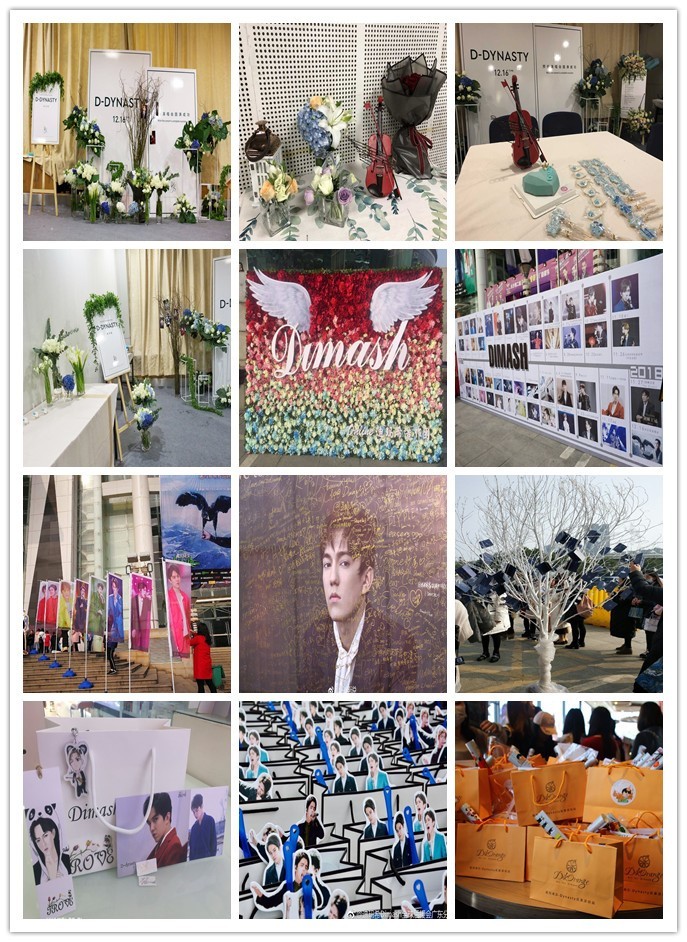 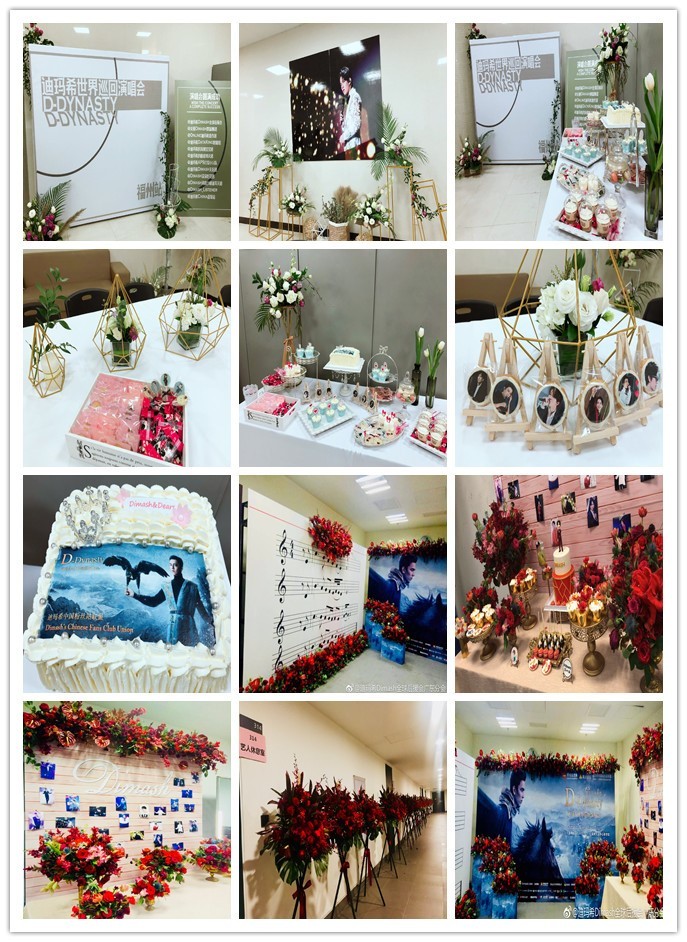 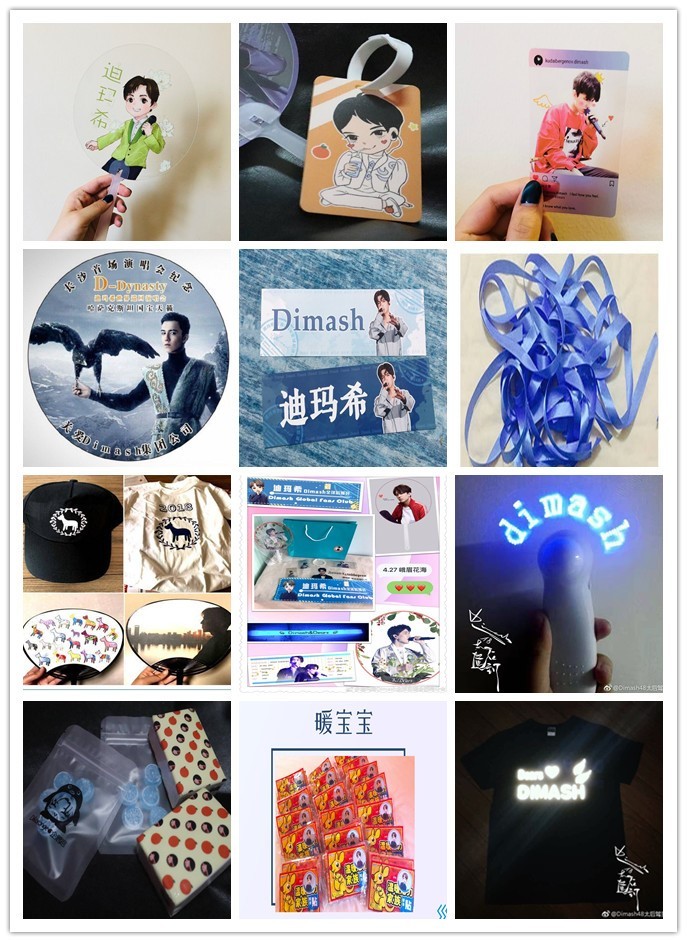 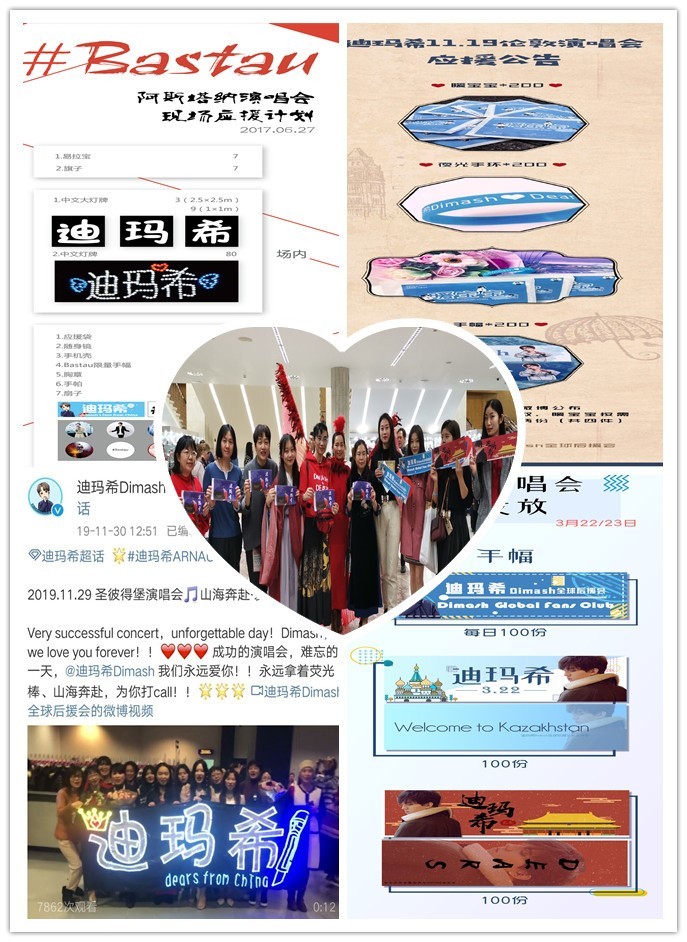 In addition to concerts, we have been supporting Dimash at all events. It is our goal to cheer for Dimash and made him feel loved and supported from Dears at every single performance. At “MTV Global Chinese Music Festival” in Shenzhen on July 20, 2017, more than 400 Dears held LED fan boards inside the venue and provided a spectacular support. On Sept. 12, 2018, in order for “Screaming” to hit the Billboard chart, CN Dears strived to exhibit a splendid live scene: from slogans, songs, LED fan boards, banners to venue decoration and flower layouts. The most touching event was at “Mount Emei Music Festival”. Dears waited for Dimash from the scorching sun to a rain storm. Dimash insisted singing in the pouring rain together with Dears. It was an unforgettable day for Dimash＆Dears! 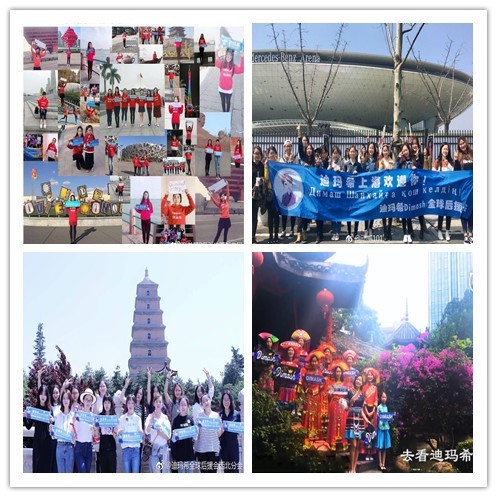 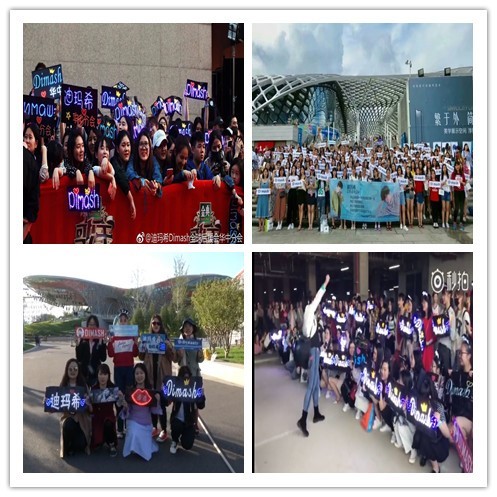 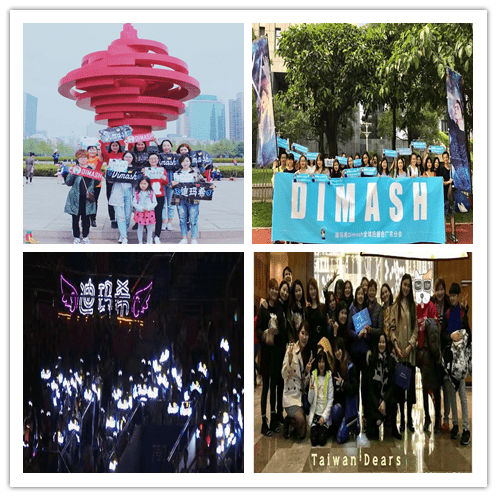 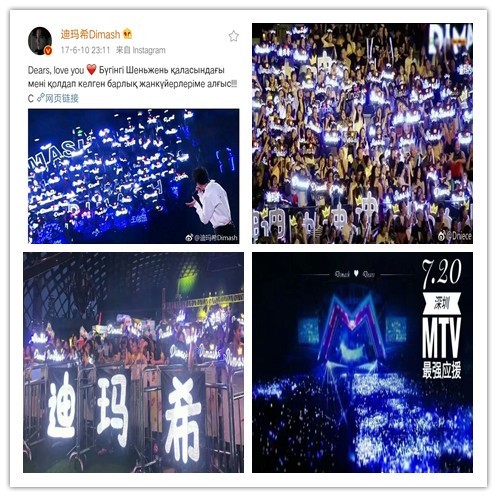 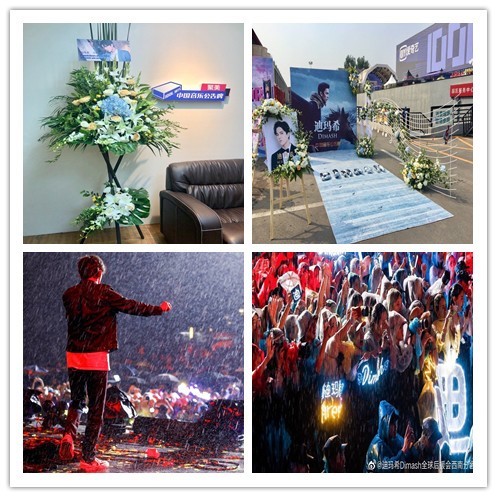 Dimash has won many awards from his talent. How could we let him fall behind on voting charts?  As long as his name is on nomination, we’ll do our best to make him on top of the charts! The following are the important voting results:

For three consecutive years from 2017 to May 24, 2019, we have rented hundreds of advertising screens for Dimash in Kazakhstan to play videos for birthday celebration, by which Chinese Dears expressed blessings and supports. It has been reported by Kazinform news agency. 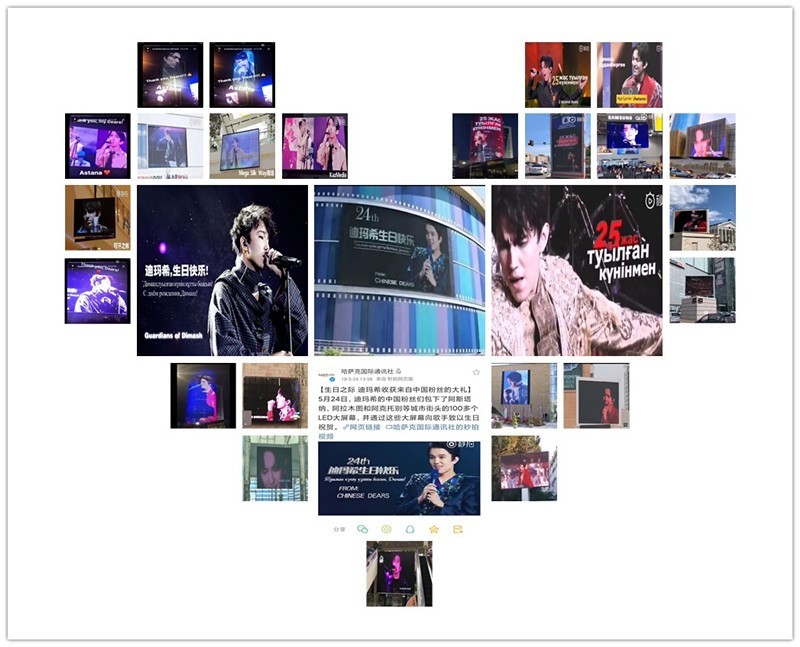 Dears also promote for Dimash through various approaches. We want more people to know about him, to listen to his music and to attend his concerts.