The vote of “Leading 2020 Sina Entertainment Festival” hosted by Sina News and Sina Entertainment started from June 7 to June 28 at 0:00 Beijing time. After 21 days of hardworking vote, Dimash owned 1,404,488 votes totally, and won the valuable Top1 of “The most popular overseas artist”. 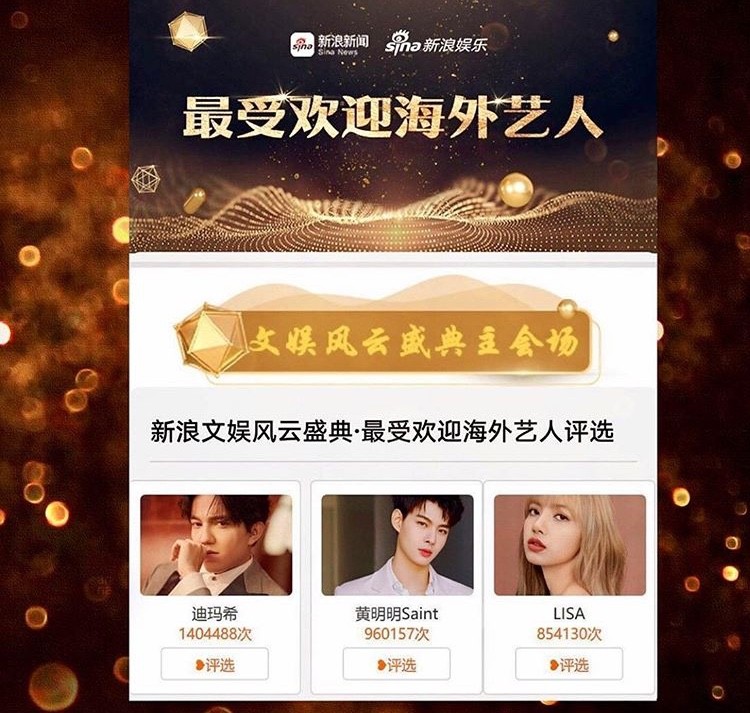 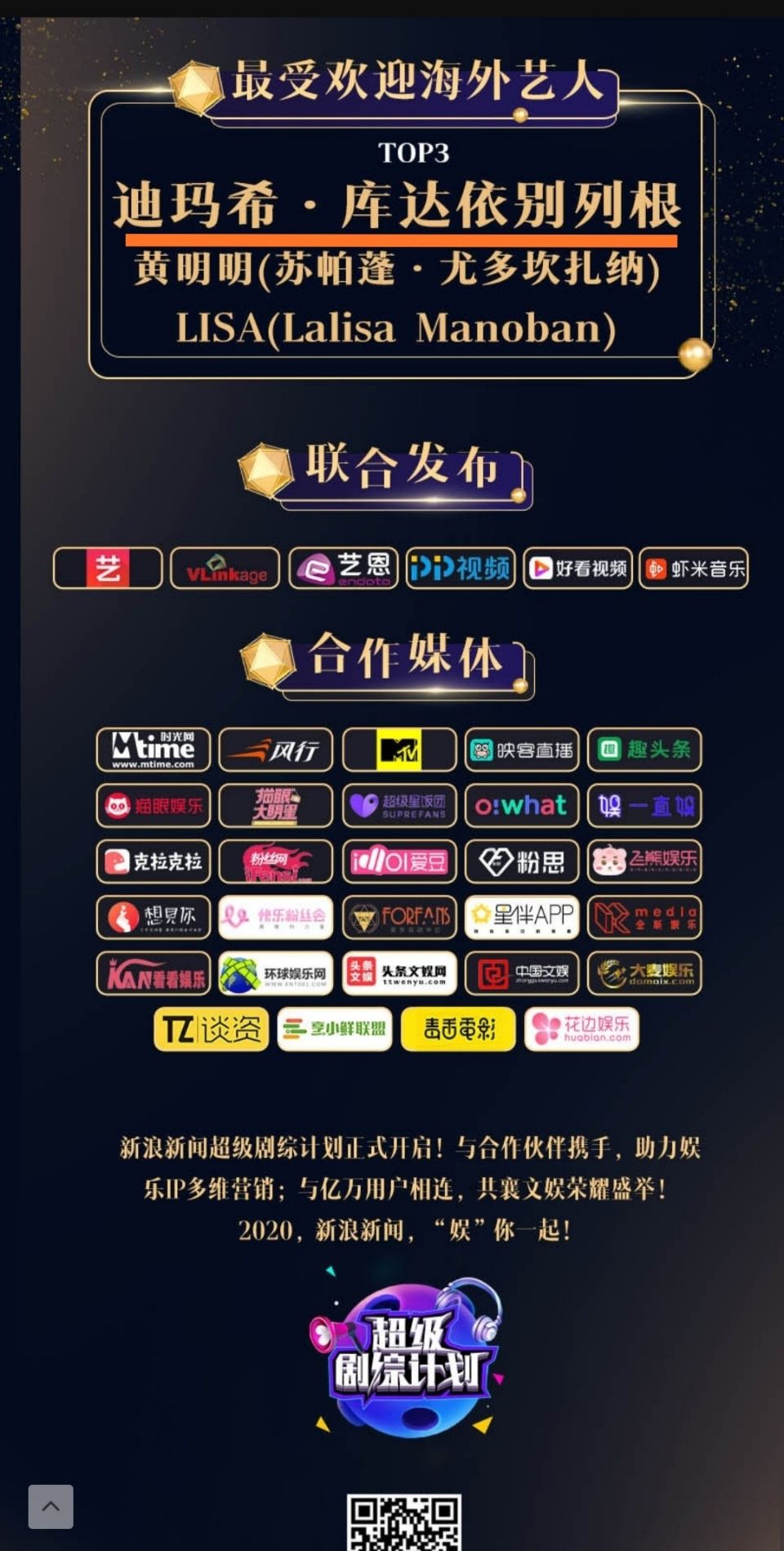 Sina app and its media organizations and platforms have a huge influence on China’s media and entertainment circles. Sina Weibo is a Twitter-like microblog social network, which has 56.5 percent of the Chinese microblogging market. And it’s also the largest and most important platform for fans getting together to support idols. Besides, celebrities can set up personal accounts on Weibo to promote and interact with fans. 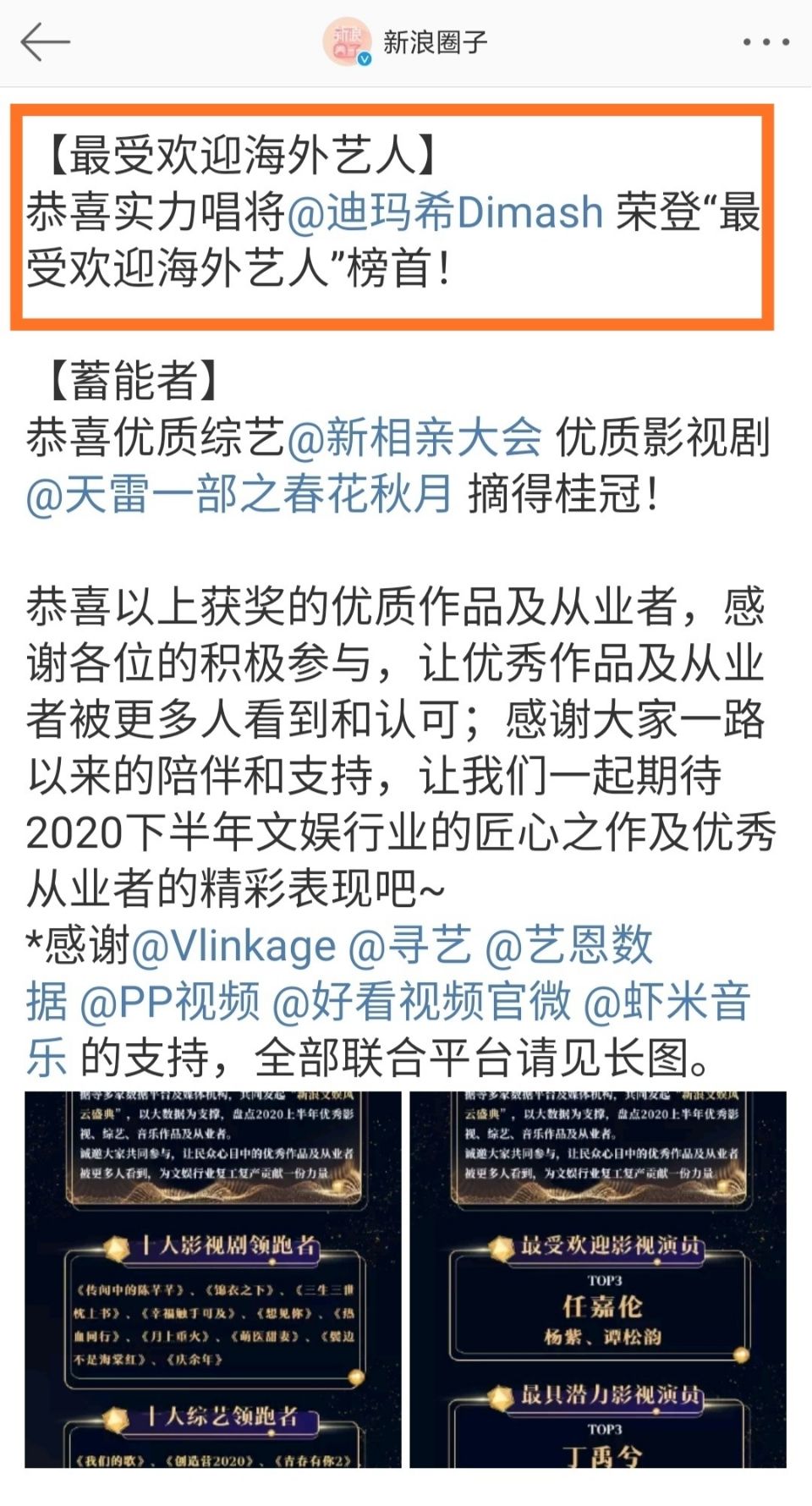 The goal of this event is: “With the support of big data, we will take stock of outstanding film and television, variety shows, music works and practitioners in the first half of 2020, so that the public will keep those best in their mind. The works and practitioners can be seen by more people, so as to contribute to the resumption of production and production in the entertainment industry.” said the sponsor.