The Kazakh national costume is the most unique expression of the centuries-old culture and traditions of the Kazakh people.  Striking in its detailing of beautiful and, at the same time, complex ornaments.

Gulnara Khamza, a designer from Almaty, spoke about her unique hobby – sewing Kazakh national women’s costumes.  But not only life-size, but dolls that turn into real beauties, dressed in luxurious velvet camisoles, saukele and kimesheks, which to this day continue to delight with their extraordinary beauty.  And in this difficult and laborious work, she found her outlet, and the once usual hobby has become a favorite thing in life. 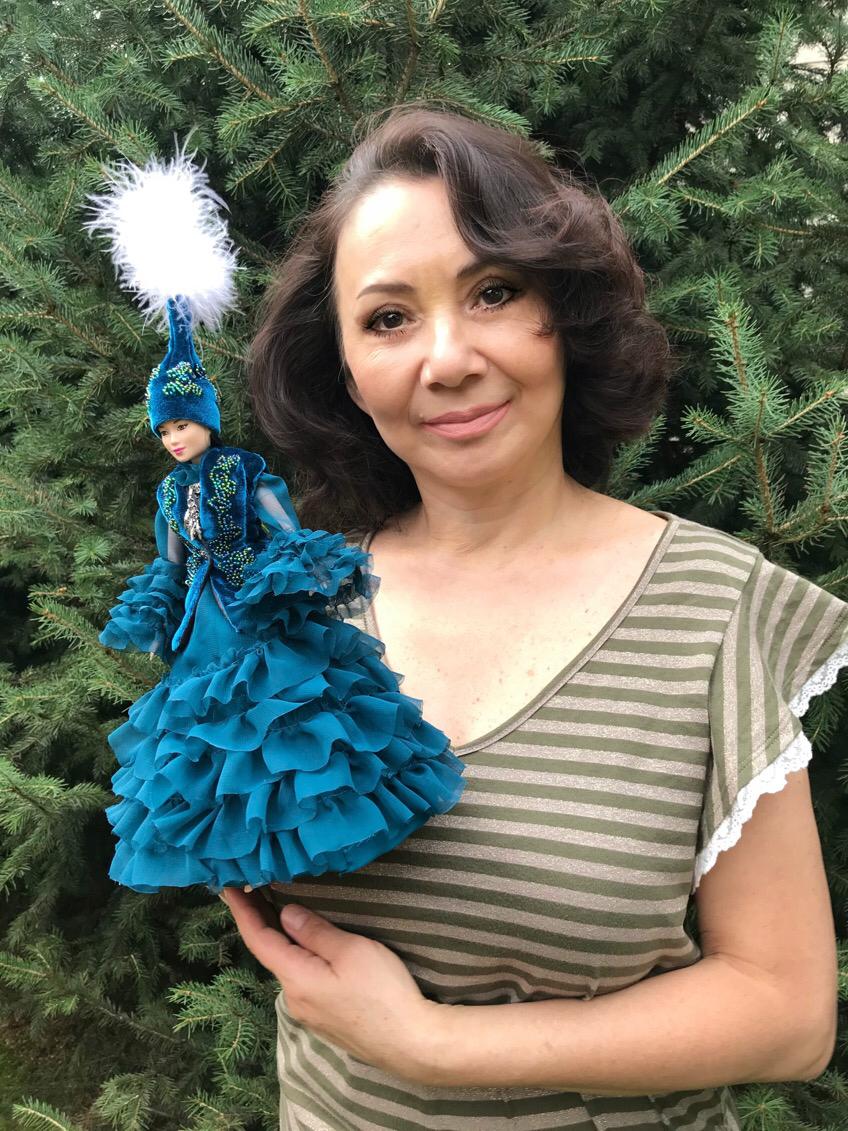 The idea of ​​dressing dolls in traditional Kazakh costumes did not occur to Gulnara by accident.  One day the designer wanted to buy a souvenir doll and take it to her daughters who studied abroad.  And so, wandering around the shops for a long time, she could not find something that could amaze foreigners and show them what beautiful national costumes the Kazakh people have.  Thus, Gulnara thought, why not sew something like that herself?  So the story of her amazing work began. 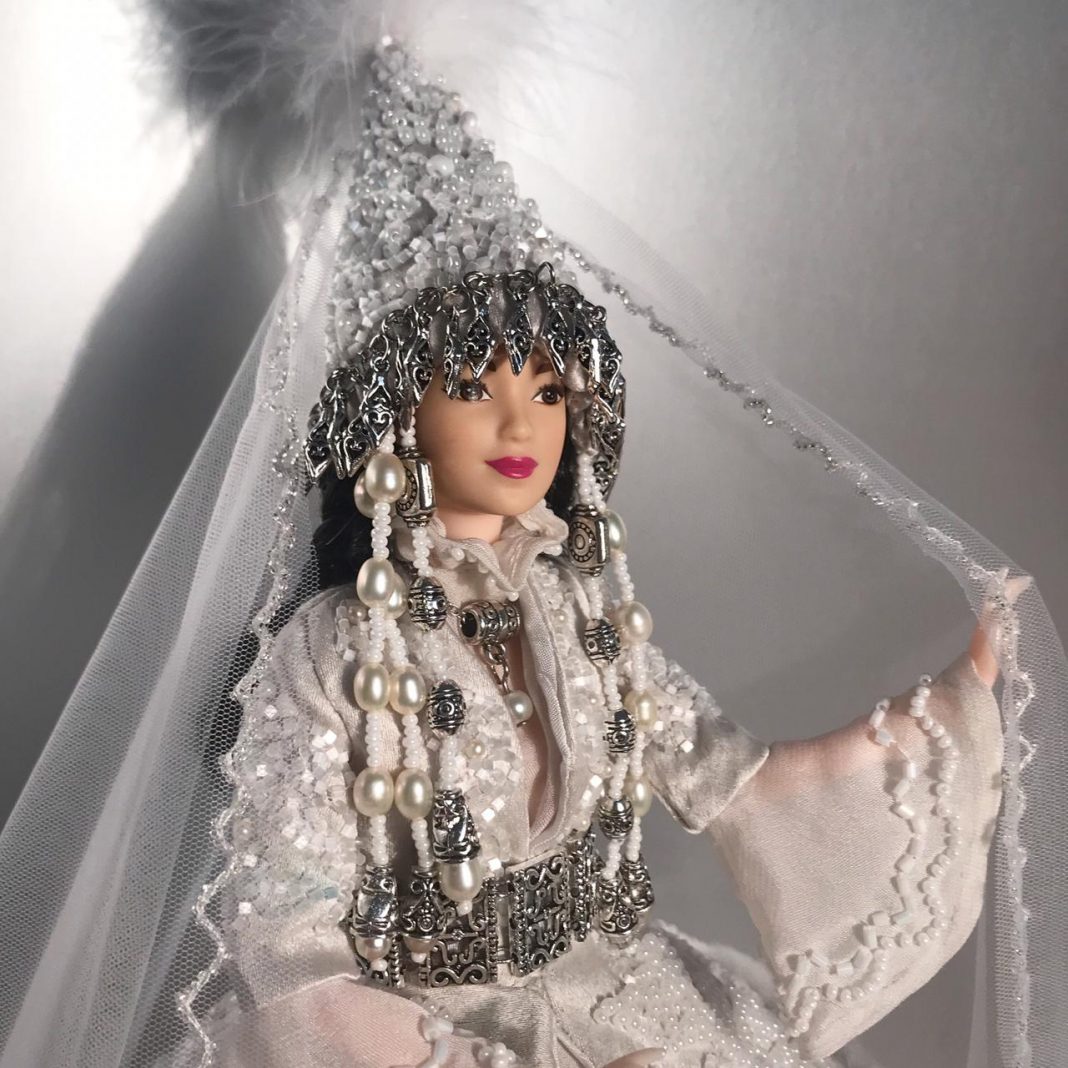 Despite the fact that Gulnara Khamza is a techie by profession, she is a creative person.  From the very childhood, the designer was fond of needlework, knitting, embroidering, coming to a special delight from the small work, which brought her peace of mind and peace.  Especially in this hectic and very dynamic time. 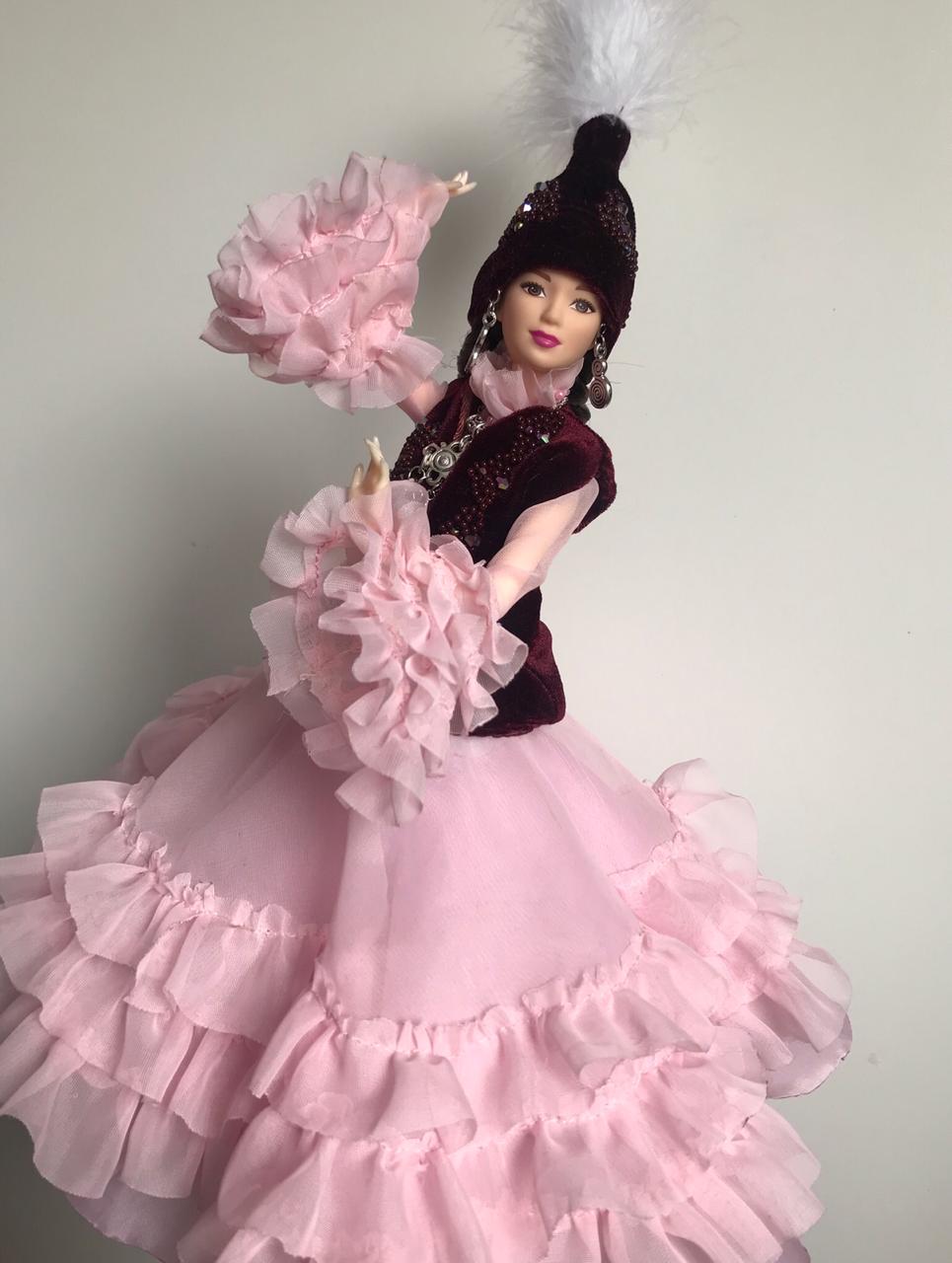 Gulnara’s first dolls were quite simple, like the embroidery technique itself.  And later, she realized that she needed to improve her skills.  Gulnara independently studied new ways and methods of embroidery, using Internet resources.  Not knowing how to work with fabric before, the woman learned how to properly handle it. 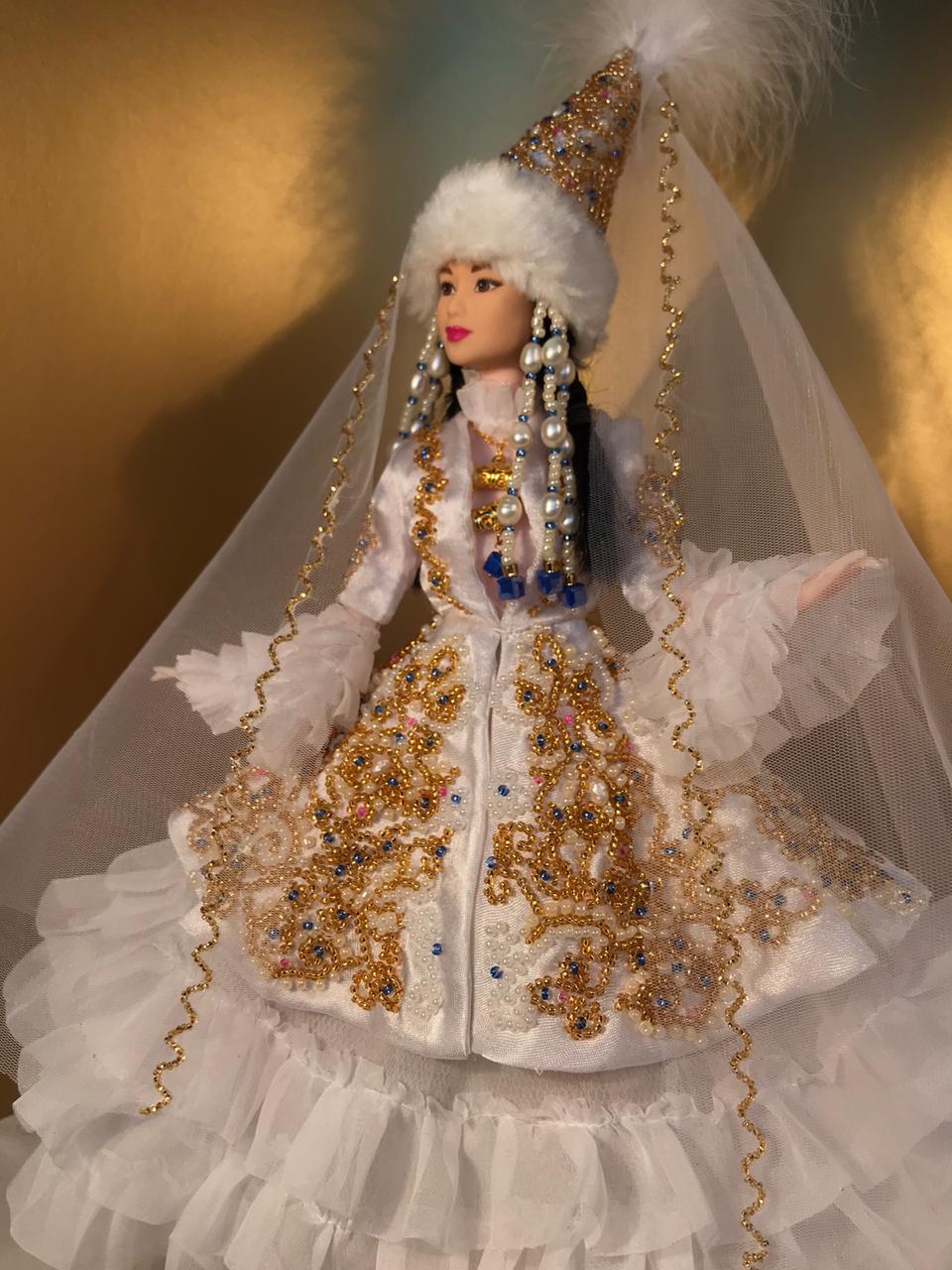 Now Gulnara has already adjusted herself.  And if earlier it took a lot of time to sew one suit, now it takes her about ten days to work.  If the costume is not very complicated, then sometimes a week is enough.  And all this – at home, without the use of a workshop and expensive tools.

“When I realized that I was doing pretty well, I decided to make my first collection and thus monetize my work.  In my first collection there were 15 pieces of dolls, and half of them were sold out at once.  The very first doll was bought in Italy.  But I’m not working for a stream.  First of all, this is a work for the soul.  When I get inspiration, I see beautiful beads or fabric, then I get down to business,” the woman shared. 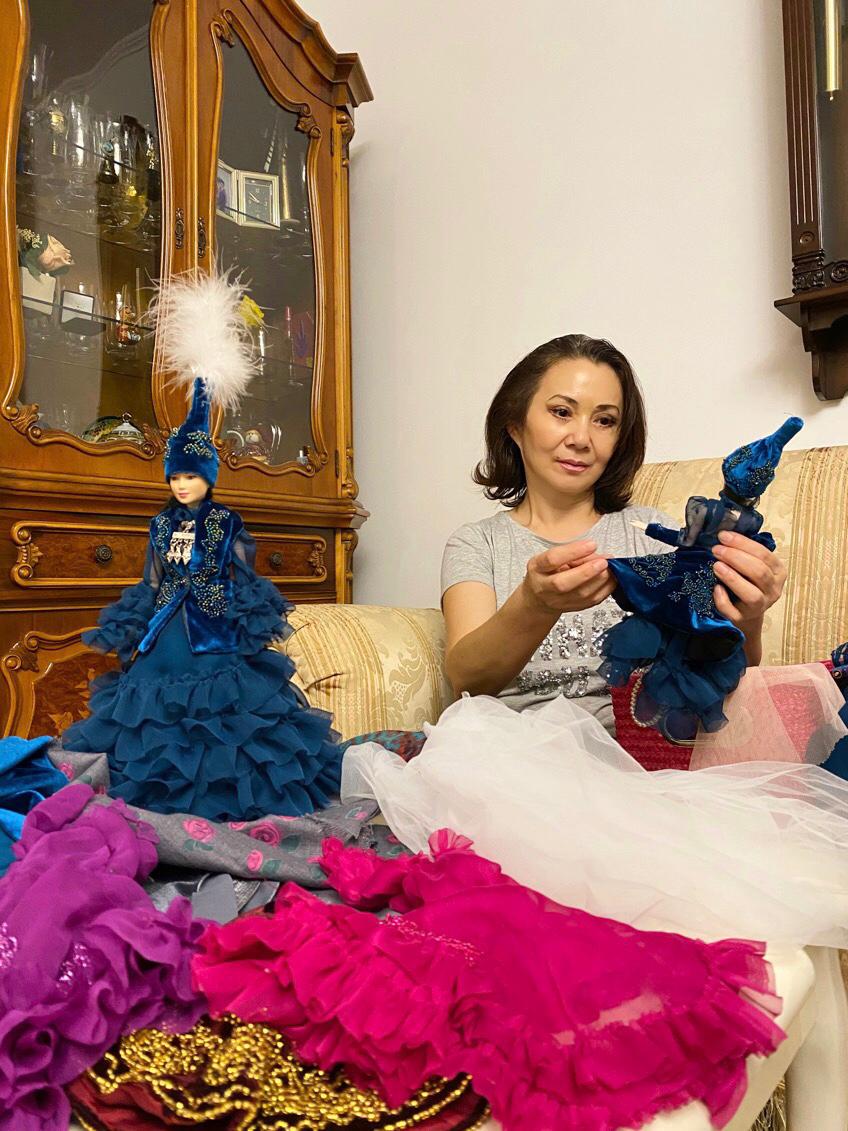 In the Kazakh national costume, a headdress was of great importance. It was the headdress that used to determine the age and status of a woman.  Saukele was worn at the wedding, girls wore takiyas and boars, little girls wore skullcaps, and adult women wore kimesheks. 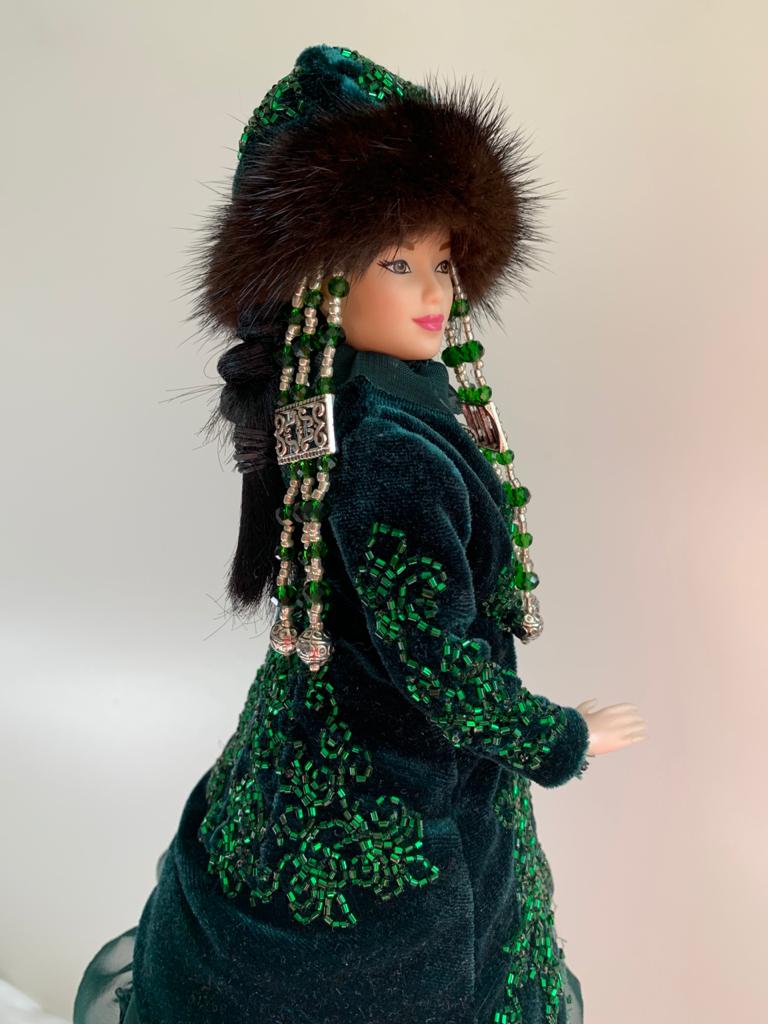 Headdresses were usually decorated with expensive furs, gold and silver embroidery.  Gulnara Khamza approaches decorating costumes very seriously, trying to convey the beauty of the Kazakh national costume as effectively as possible, using all these elements.

Gulnara always hangs an alka decoration on her dolls, clings a shashbau or sholpa to her hair.  Masi’s Kazakh footwear is also decorated with an ornament embroidered with beads.  And all this is done exclusively by hand. 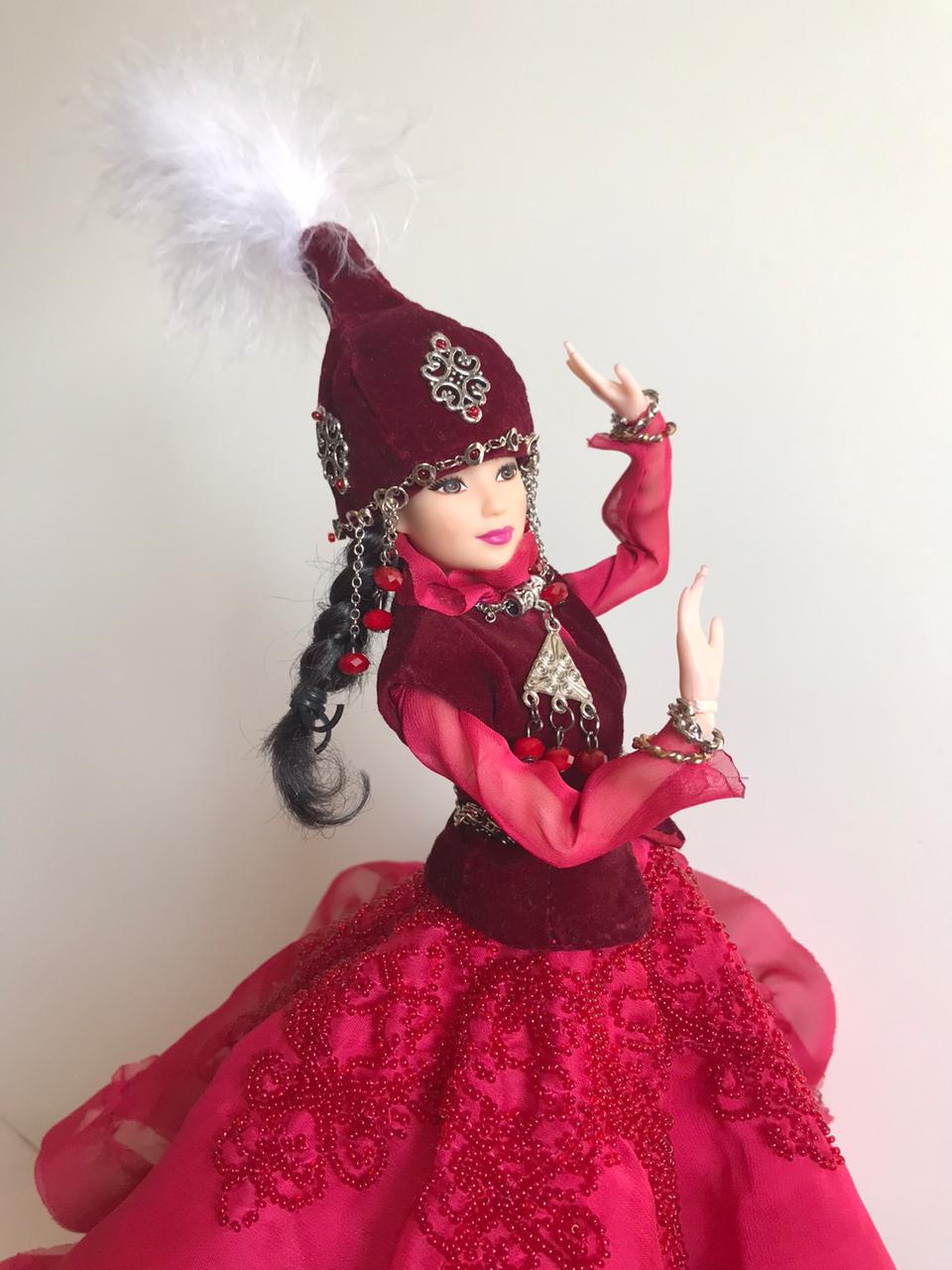 “The camisole and hat are assembled by hand, as my sewing machine is not capable of such small work and will simply break everything.  I also sew on the sleeves myself.  Only for the frills on the hem of the dress comes in handy a machine, and everything else is manual labor.  In principle, this is the beauty of this occupation,” says the designer.

The texture of the fabric of the Kazakh national costume is different, but since Gulnara sews costumes on souvenir dolls, she usually takes chiffon, because it is easier to process, as well as satin, silk, or velor fabrics.  He selects the color scheme according to his taste. 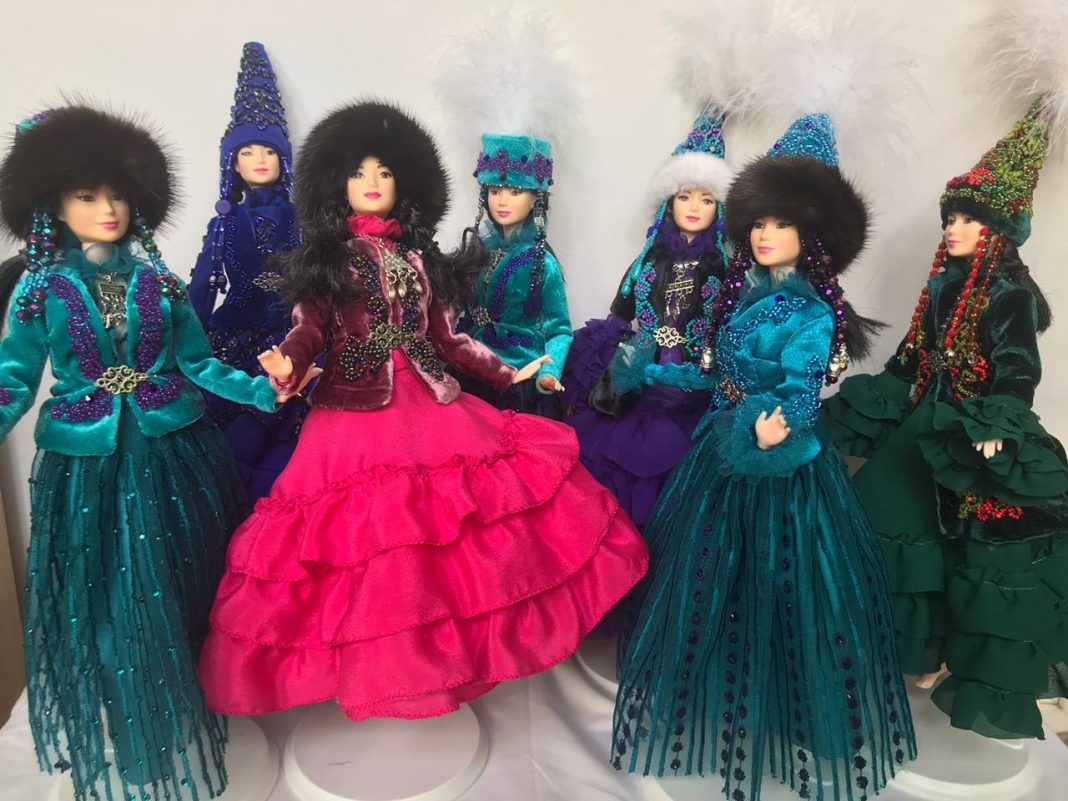 “Of course, I deviate a little from the traditional costume, but try to keep the design as much as possible.  I embellish a little, since this is, after all, a puppet image.  Now I only sew women’s suits, but in the future I would like to try to sew men’s ones as well.  And also, start making dolls yourself.  We have a lot of master puppet makers, but very few of those who pay attention to costumes,” says Gulnara Khamza.

Now Gulnara’s dolls have already scattered across several countries, such as China, Australia, Canada, USA, Germany, Russia and Italy.  In March, a woman was invited to an exhibition in Europe, but due to the coronavirus pandemic, the event was canceled, but Gulnara is not discouraged and is looking forward to the next opportunity. 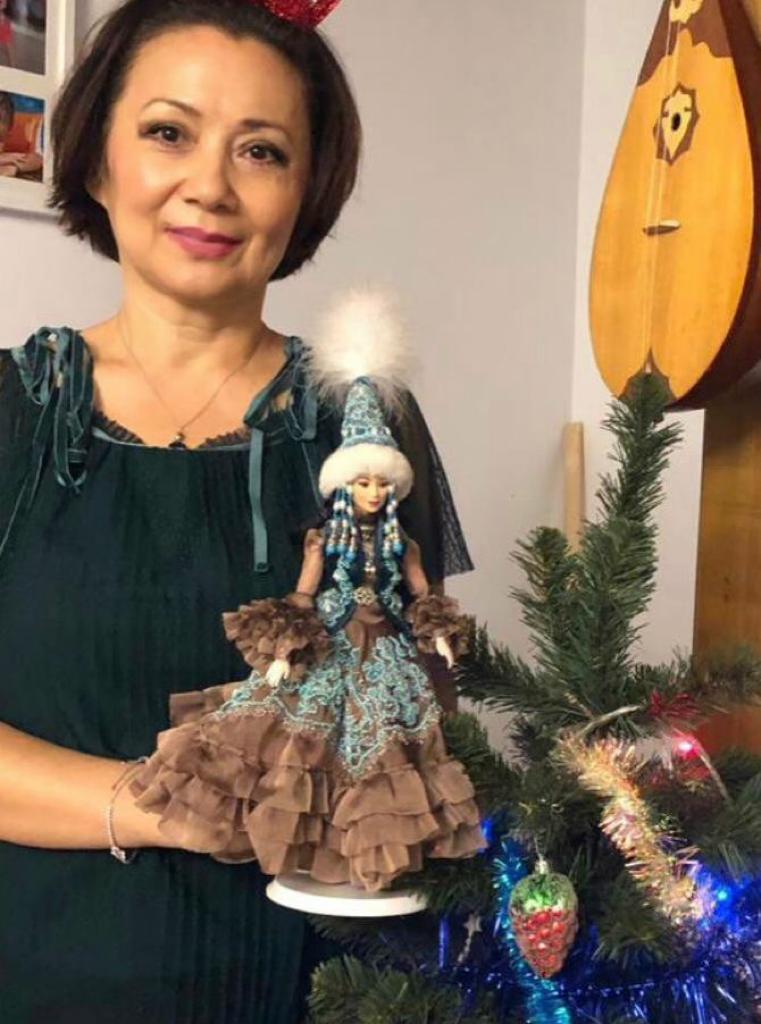 “In my blood flows boundless love for my culture, people, traditions.  If you do something without love, you will get the usual stamping, so I put a piece of love into each pattern so that later everyone would say: “Oh, what a beautiful Kazakh costume!”, Gulnara shared with a smile.