Today, for the first time, the Association of Kazakhstanis abroad, «QazAlliance», organized the «World Dombyra Festival», which is a large-scale wonderful festival. As part of this festival, a professional dombra player from Altai dedicated an amazing kyu to Dimash called “Dimash Baizhuma”, which impresses the ear with its exciting sound. 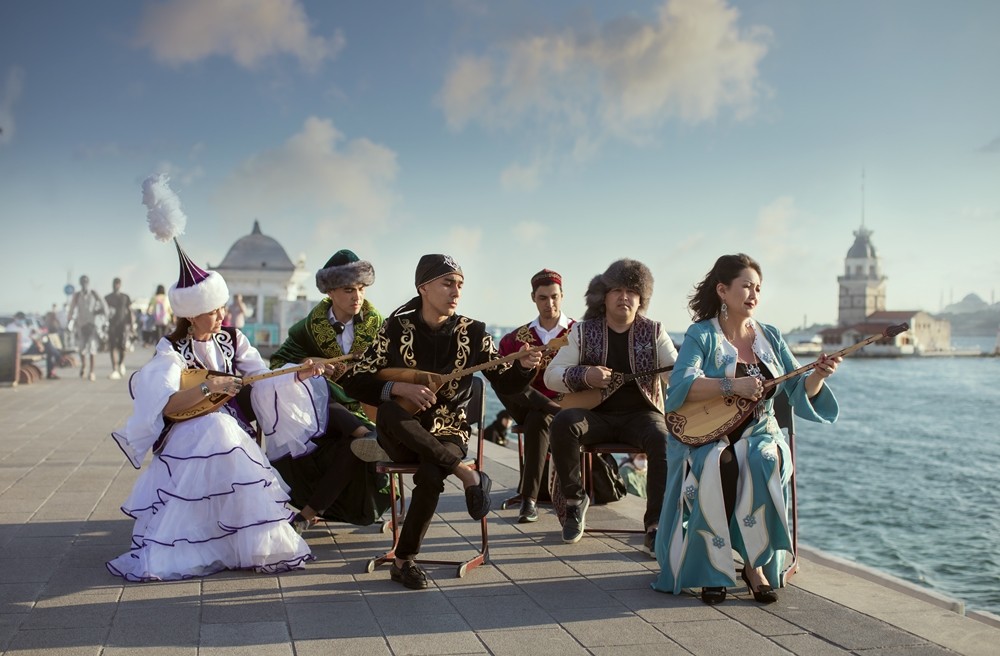 This day is rightfully considered special for all Kazakhstanis. It is the day of national pride of all the Kazakh people, their spiritual beauty and a symbol of musical culture. Every year, on the first Sunday of July, Kazakhstan celebrates National Dombra Day, which was approved by Nursultan Nazarbayev in 2018.

In honor of this important holiday for the whole Kazakh people, the Association of Kazakhstanis Abroad «QazAlliance» organized the festival «World Dombyra Festival». Dombraists from 25 countries performed the famous Kazakh kyu “Adai” and “Balbyrauyn” on video. Throughout the past week, from Japan to California, wonderful dombra sounds have resonated throughout the world. The author of the idea was the president of «QazAlliance» Alisher Tursyn, executive director of the project Anara Bazilova. 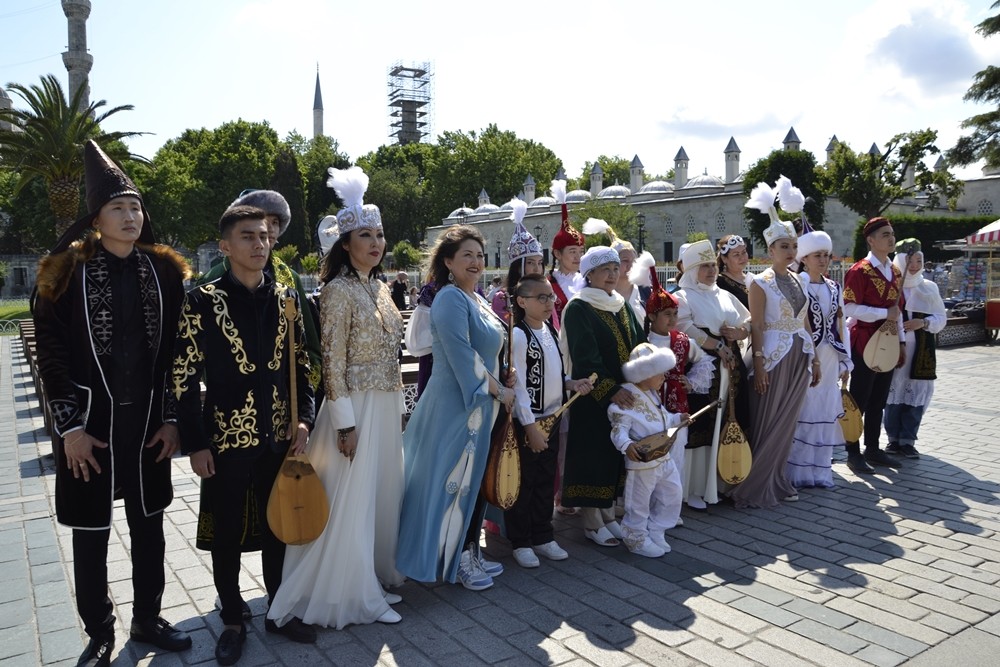 The Association of Kazakhstanis Abroad «QazAlliance» was founded in 2015, and this is their first large-scale online festival dedicated to Dombra Day. The main goal of the association is to raise the image of Kazakhstan on the world stage, as well as popularize the symbol of Kazakh national pride whic is the musical instrument of dombra, and perpetuate the tradition of celebrating this day annually around the world. 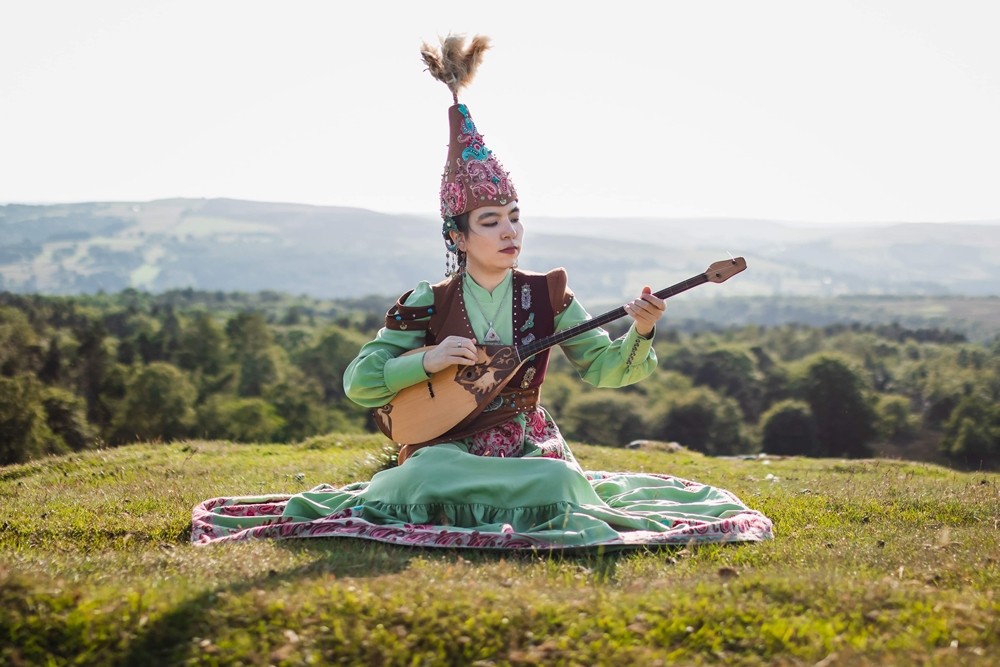 The organizers of the festival spent the whole month June selecting dombra players from different parts of the world. Subsequently, over the past week, they collected their videos of completed kyu and edited them. The most extensive filming took place in Istanbul under the direction of Anara Baizhanova, who is the president of the Association of Kazakhstanis in Turkey. 25 people dressed in beautiful Kazakh national costumes took part in the filming. 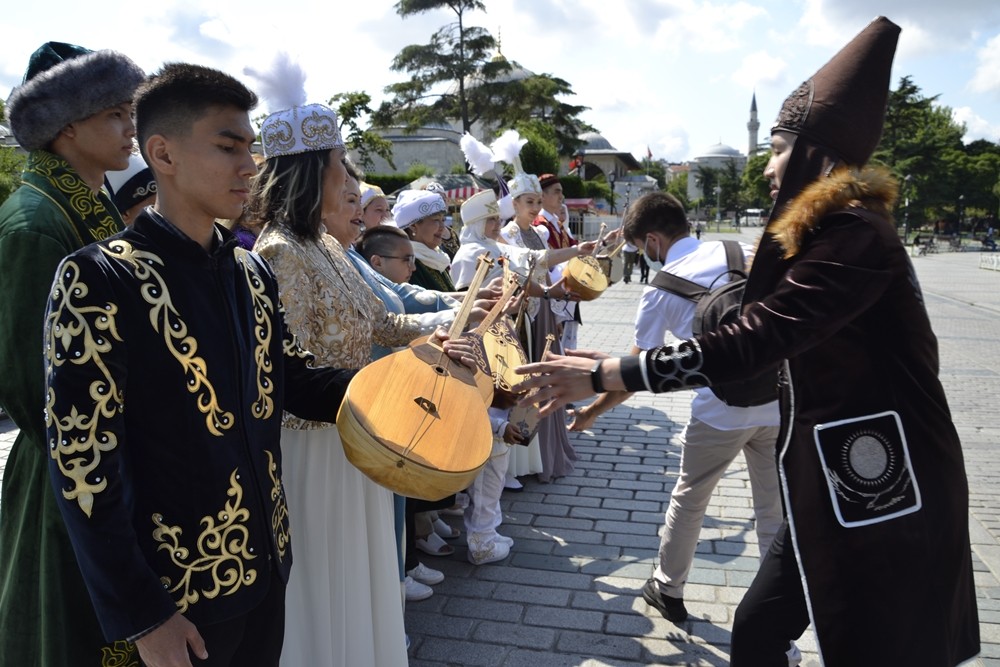 Next year, «QazAlliance» plans to make aggrandize the project «World Dombyra Festival» and attract sponsors in order to increase the number of participants and ensure the holiday is properly celebrated. 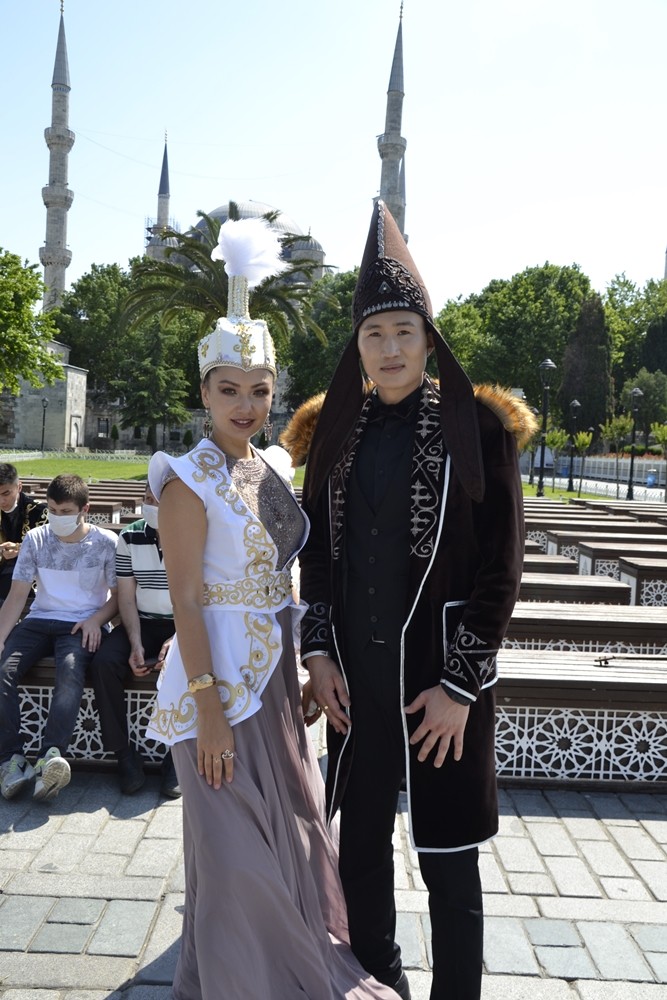 One of the highlights of the festival was the emergence of a new kyu called “Dimash Baizhuma”, which was dedicated to the Kazakh singer by a professional dombra player and Honored Artist of the Republic of Altai, Zhanaydar Nursaliev. He’s a 47-year-old man who graduated from the Kazakh National Conservatory in Almaty in 1997 with a dombra degree, and for 25 years, has been working in the field of culture and art.

Zhanaydar was the leader of the famous Keruen ensemble in the Altai Republic. Zhanaydar now works at the music school of the village of Kosh-Agach, teaching children dombra. On his account there are already dozens of patriotic compositions-kuys dedicated to the Turkish and Kazakh people.

According to the director of the festival, Timur Syrymdatuly, the composition “Dimash Baizhuma” is really incredible, and deserves to be taught and played by dombra players from all over the world. The way this kyu is performed by Zhanaydar Nursaliev is highly professional, and his masterly enumeration of strings accurately conveys the sound of Dimash’s high notes. 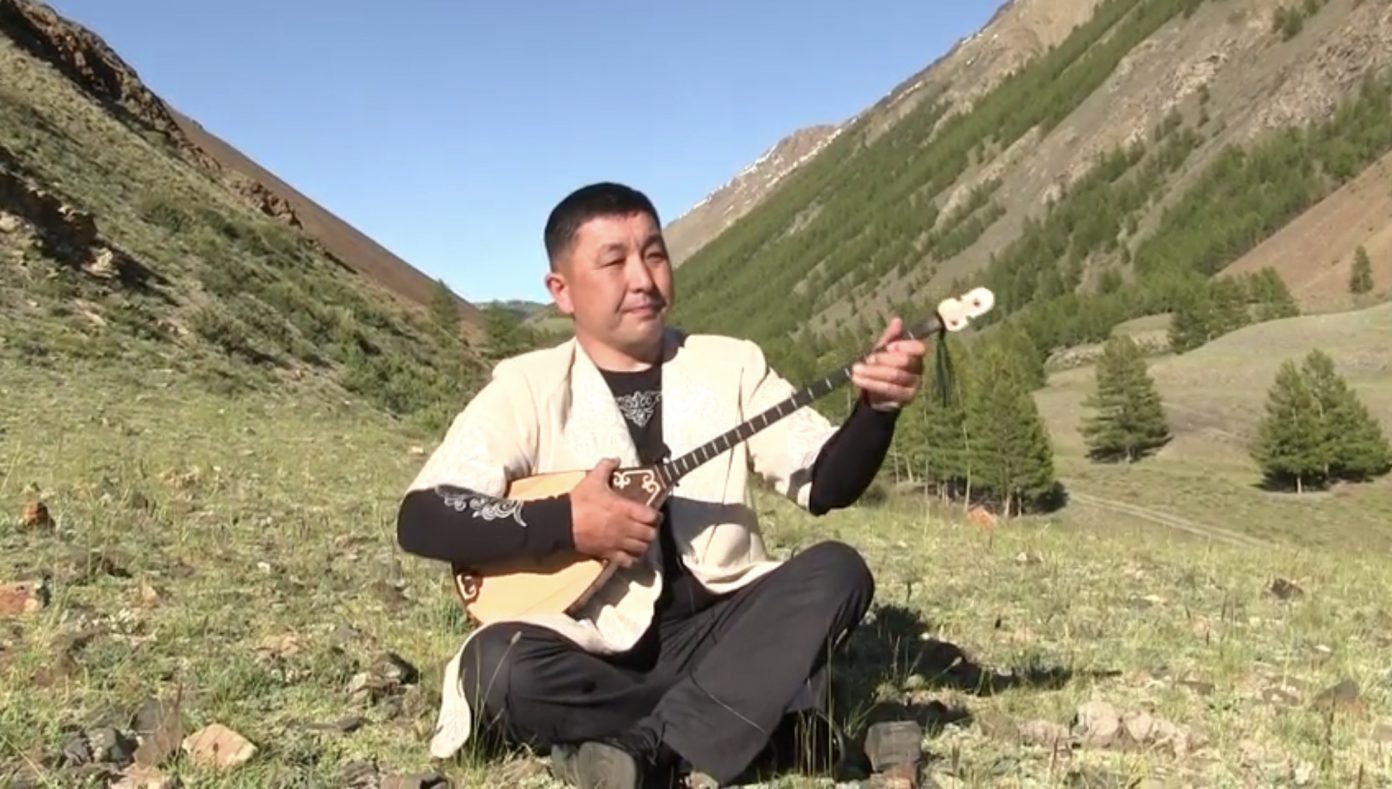 “This year, the Kazakh diaspora in Turkey launches a series of programs “Kazakhs of the world. Unknown and famous patriots”, which will cover talented and outstanding Kazakhs from around the world. Once quarantine is over, we plan to interview Zhanaydar N. Ursaliev. We sincerely hope that the multifaceted and outstanding history and culture of the Kazakh people will spread and incite the interest of people from all over the world. This is our biggest dream and most important goal” said Timur Syrymdatuly, the director of the project «World Dombyra Festival».