Kazakh singer Dimash Kudaibergen. He never forgets about his precious dombra on world stages. He performed the famous kui “Adai” at the “I am Singer” competition in China, introducing the Kazakh folk instrument to the whole world. Today, the Dimash team has its own group of dombra players. We bring to your attention a short interview with one of the musicians who plays a beautiful brown two-stringed musical instrument in front of tens of thousands of spectators. Instrumentalist on Dimash’s team, Aikyn Seitekov, spoke about his first musical instrument and about interesting moments that took place during the tour. 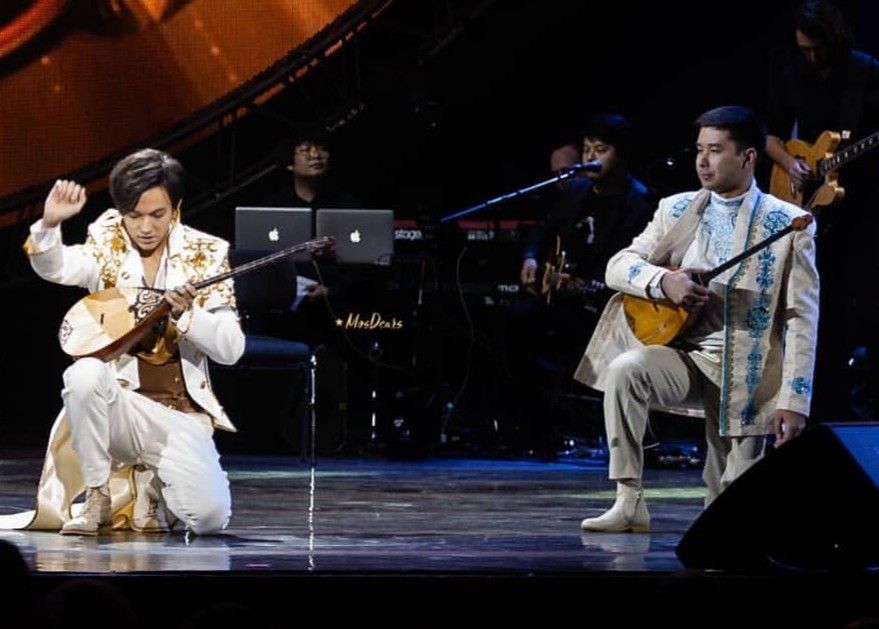 – Aikyn, hello! First of all, pleasure to meet you. Tell us a little about yourself.

– Hello, my name is Aikyn Seytekov, and I am a dombra player on Dimash’s team. I was born on September 20, 1991 in the city of Almaty. When I was 6 years old, my family and I moved to Aktobe, where I lived until college.

– When and how were you interested in playing the dombra?

– The first time I got acquainted with this instrument was in the first grade. Then, in our school there was a dombra class. But at that time, I was not very interested in it and honestly did not attend classes with great enthusiasm. When I was in the 3rd grade, my mother bought me a dombra. From that day on, our house was filled with the wonderful sounds of this musical instrument that my uncle also played. After that, I also became interested in dombra. My uncle taught me songs that he himself knew, and it was so interesting to me that I grabbed everything on the fly. Everything that I studied in the lessons, then practiced at home. And so, began my small creative career.

– And where did you study?

– I studied at the 6th school in Aktobe. When I went to grade 5, I entered a special music school, getting into the class of a wonderful teacher Dariga Konashevna. She taught me musical literacy and instilled in me a love of music. My teacher was very inspiring to me and I often took part in regional and city competitions. At one of these competitions, I first saw Dimash, but at that time we were not yet familiar. After leaving school, I entered the music school named after Akhmet Zhubanov on the course of Nuriddin Omarov, where we later met Dimash. 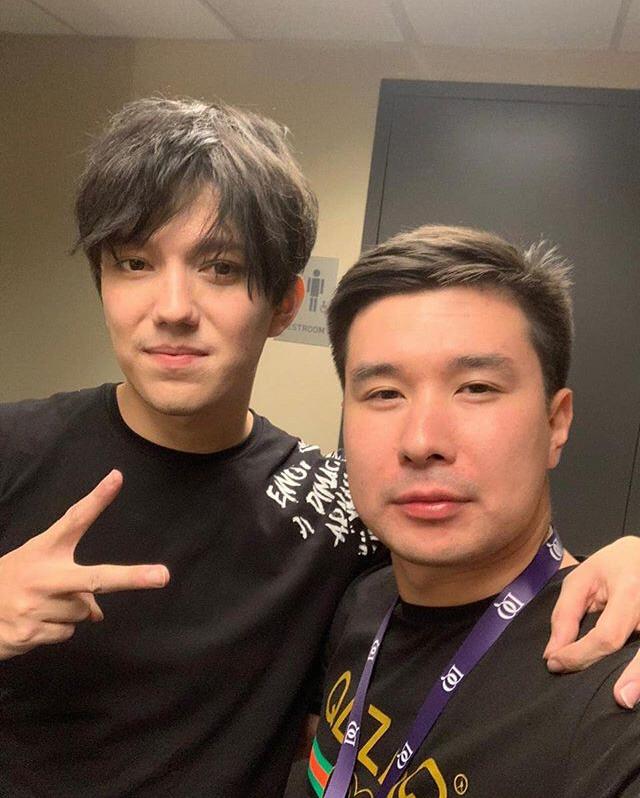 – Did you immediately start playing dombra?

– As I said earlier, for the first time I started learning to play the dombra at the age of 7 at school. At 13, I broke my arm, and had to leave the dombra. However, I did not lose interest in playing it, and as soon as I got better, I began to play again. After that, I continued my studies at a musical school, then college, and then at the university, following the road of art and creativity.

– Probably, each musician has his first musical instrument. What can you say about your very first dombra? Are you playing it now, or is it a different one already?

– My very first dombra was brought to me by my mother from Almaty when I was 9 years old. It was a beautiful walnut dombra. I think in the classroom my dombra was the most special, so I wanted to continue playing it. Maybe this is what inspired me to take a creative path. Then my dombra, unfortunately broke, and I played a simple cheap one until I graduated from school. When I continued my studies in Astana, I began to look for a good dombra, but instruments from eminent masters were very expensive. Then one day, speaking at an event and playing the instruments that came to hand, I met the world-famous dombra player Asylbek Kenegesov, who had a dombra with him. I really liked it, but Asylbek said that he would not sell it. After that, I started to bother him with calls, saying: “Maybe you are still thinking about it and will sell me this dombra?”. But he remained adamant until the day when I entered the university. On that day, Asylbek himself called me and said that he had sent me his dombra, and that I myself could set a price for it. It was his gift to me upon admission. I was very happy and sincerely thanked him for it. Now, I still play this dombra. Sometimes people turn to me and offer a lot of money for it, but I will never sell it. I have never met such a great dombra in my life. It was made, by the way, by the famous master Azat Uzenbayev.

– Do you play any other musical instruments? Do you have a favorite?

– I play sherter and barbet, stringed plucked instruments resembling dombra. Also, on the double, shankobyz and piano. And my favorite instrument, of course, is dombra.

– Now you are performing with Dimash on large world stages. When did you join his team?

– I joined the team in 2018, when Dimash had his first European tour. My first concert was in London. I want to wholeheartedly thank Dimash, his parents, sound producer Yerlan Bekchurin for the opportunity to perform on world-wide tours. 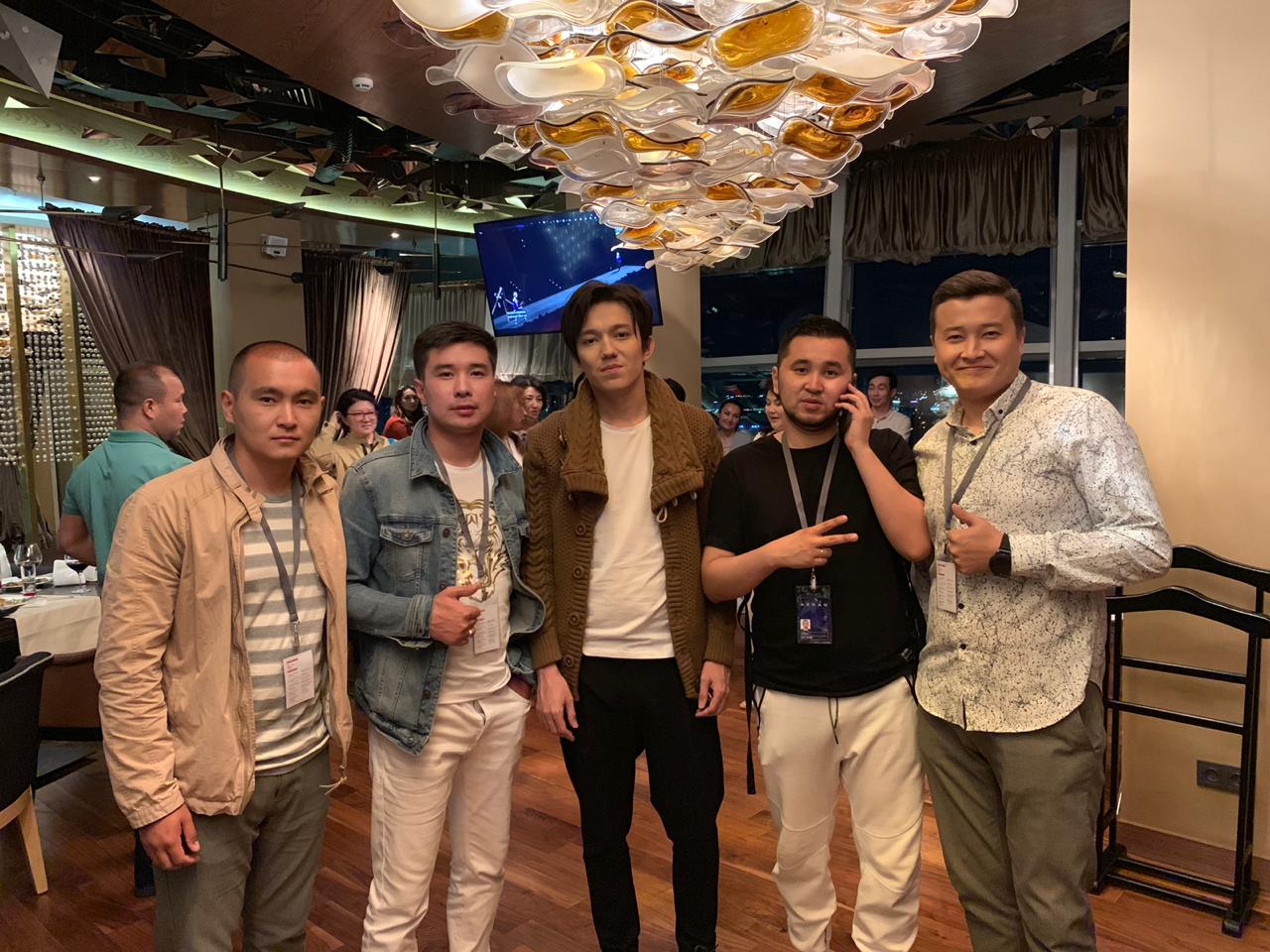 – All concerts of Dimash are memorable. Because for a person who has never been to a stadium with a capacity of 10, 20, 40 thousand people as a dombra player, playing there is a great responsibility and an unforgettable experience.

– You perform on large stages, at world-class concerts. Tell me honestly, are you worried during your performances?

– I think that absolutely every artist experiences excitement, especially when he performs in large stadiums. This is a huge responsibility! However, after you see approval on the faces of people and hear a burst of applause, you calm down and begin to feel more at ease. Slowly we get used to the big stage, but we still have something to learn. 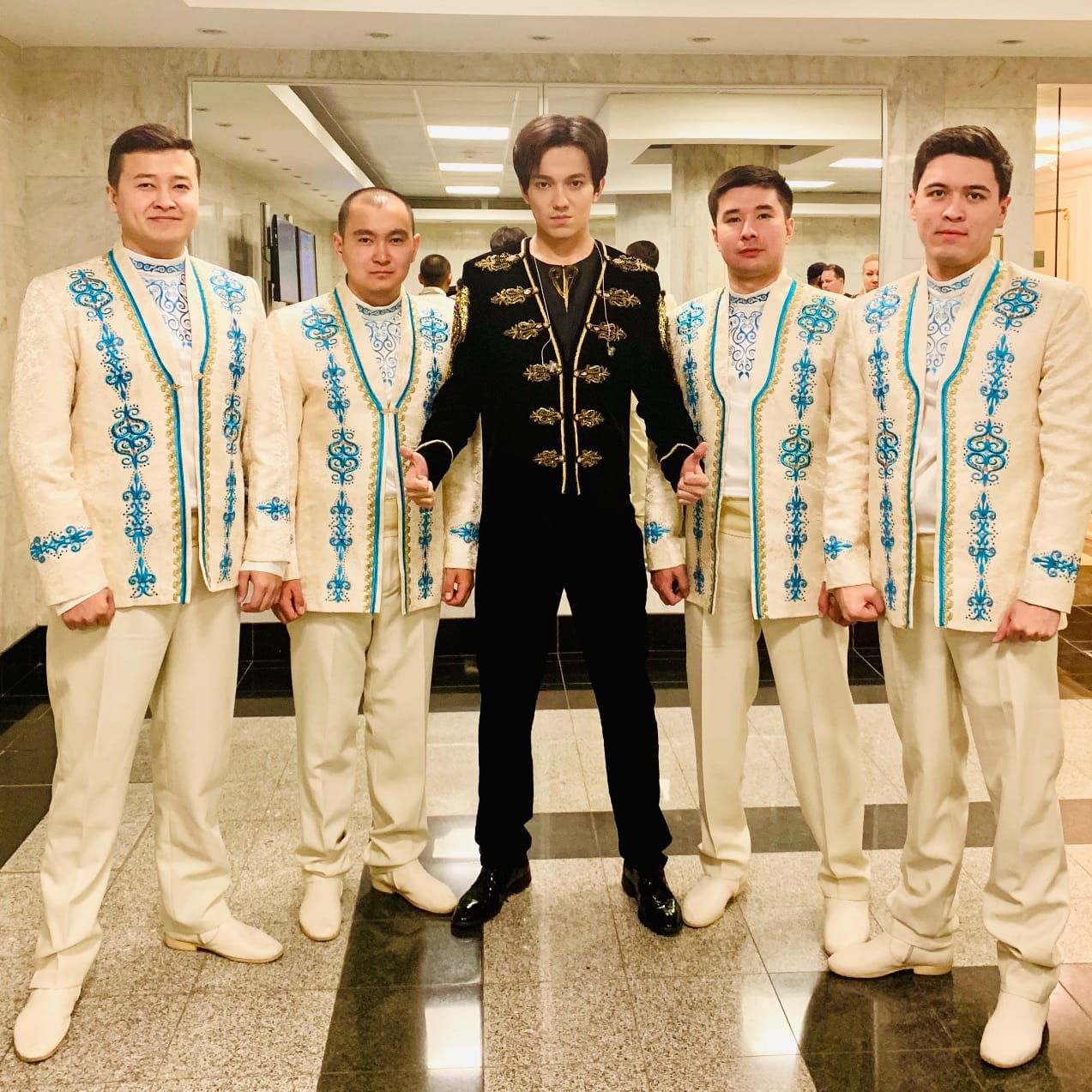 – Surely there were a lot of interesting moments during the tour. Tell us about any of them?

– Yes, during the tour there really were a lot of interesting and memorable moments. There is not enough time to tell you everything. But, probably, the most memorable moment for me was when we had our two-day concert in Moscow in 2019. Then, with four guys from the team we went to the hotel on foot. Near the Kremlin we met Dimash’s fans who recognized us and asked for an autograph. They took pictures with us and did not want to let us go. I’ve never had this before! This was the first time that I autographed for so many people.

– As a musician, you probably have a predisposition to write music?

– I think every musician has the ability to write his own compositions. It comes to some earlier than others. But, in any case, every musician is a composer. When inspiration comes to me, I immediately sit down to write my own music.

– What can you tell about your colleagues?

– My colleagues and I have a very good and warm relationship. Each one of them is a true professional in his field, a musician who knows his work well. Also, we have our own music group called Nomad.

– Please tell us more about your group.

– We created our group in 2013 when we studied at the university. The leader of the group is kobyz player Olzhas Kurmanbek. After graduation, we continued to work together. Once the composition of the group changed, because of this, there was a temporary pause in our work. Initially, our group began with an ethno-folklore trend, and then we slightly changed our style to a more modern one. We have already managed to speak in a number of state events, including before the President and toured in several countries, taking part in festivals and competitions. We worked in the Kazakh state tour and concert association Kazakhconcert. We are not very famous yet, but we are working hard on it. Currently, we are supported by the Astana International University. We have many plans for the future, but do not know how long it will take us.

– Do you have any wishes for Dimash and your current team?

– I sincerely wish Dimash, first of all, to achieve all the goals set. And if we are those who are able to make a small contribution to his achievements, we will be very happy. As my friend once said: “You must not be important, you must be necessary.” There is nothing more precious when someone needs you. Also, I would like to say that my biggest dream today is to perform at one of Dimash’s concert with my whole group Nomad.

– Thank you very much for the interesting conversation!