The history of the Kazakh national musical instrument with a fascinating sound, zhetygen, is rooted deep in the past. The origin of this unique instrument is legendary, and today, more and more young people express their desire to master it. 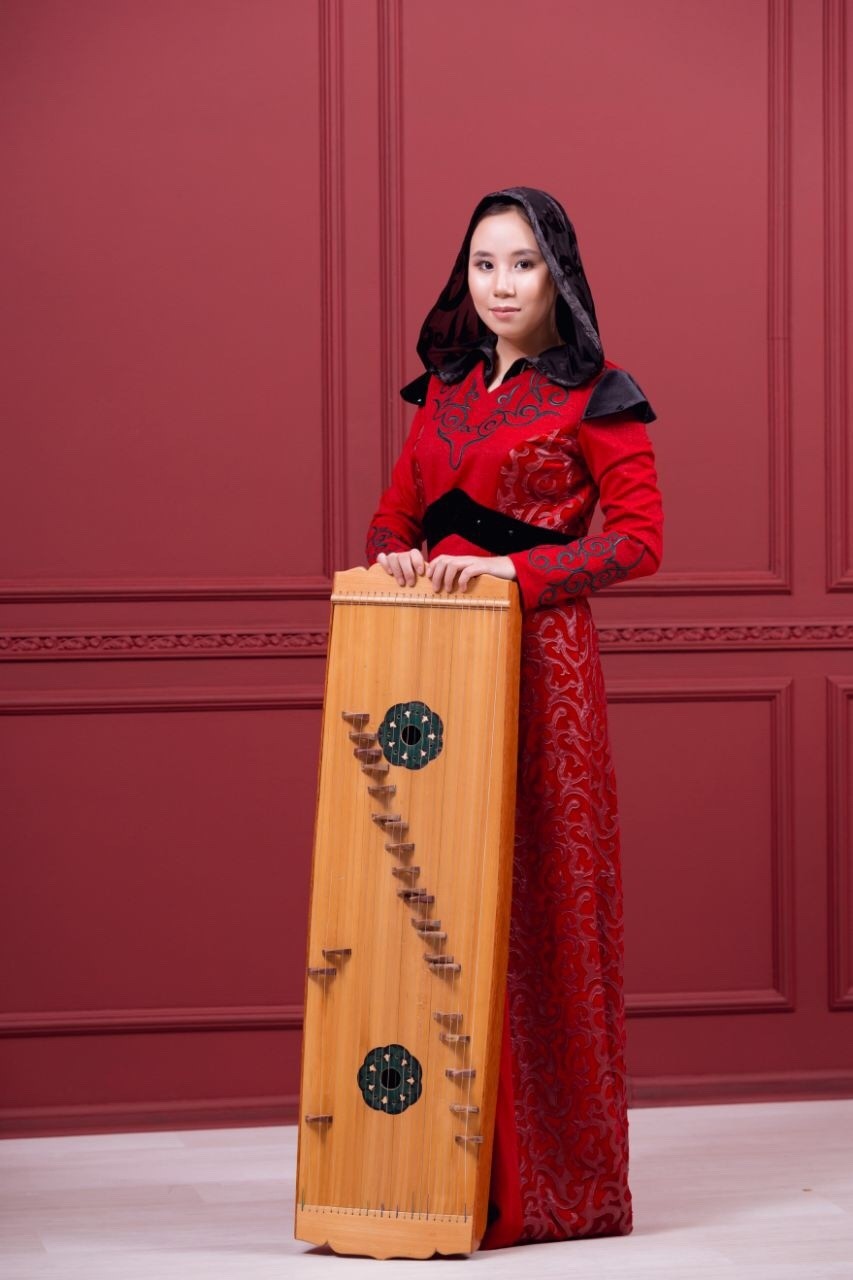 According to the legend, which was passed from mouth to mouth for several centuries, an old man once lived in a village where he had seven sons. In one year, this village was hit by a strong jute (mass loss of livestock), people were starving. Unfortunately, this terrible grief did not miss the old man’s house. One by one, his precious sons began to die.

After the death of his eldest son, Kania, the grief -stricken old man took a piece of dried wood, pulled a string on it and sang the kyui “Karagym” (“My native”). After the death of Toralym’s second son, the father pulled the second string and played the kui “Kanat son‚ ar” (“Broken wing”). For the third son of Zhaikelda, he performed “Kumarym” (“ My beloved”). For the fourth, Beken,“from sener” (“Extinguished flame”) . For the fifth son, Howas, he performed “Bayt koshty” (“Lost happiness”); the sixth son of Zhulzar – “Kun tutyldy” (“Eclipsed sun”). And after the loss of the last and youngest son, Kiyas, the old father bitterly pulled the last seventh string and sang the kyui “Zheti balamnan ayrylyp kusa boldym” (“Woe from the loss of seven sons”).

Through the sounds of the instrument filled with pain of irreparable loss, the old man demonstrated to the listener the images of his beloved sons. kyui, performed by him, received further development and came to us in the form of a mesmerizing composition called “Zhetigennin, zheteui” (“Seven Zhetygen”).

Zhetygen is a rectangular national musical instrument of the Kazakh people with a stunning unique sound. Its surface, like that of other musical instruments, is covered with a thin plate. In ancient times, seven asyks (sheep’s heel bone) were used to play the zhetygen, which produced the sounds made by the instrument. 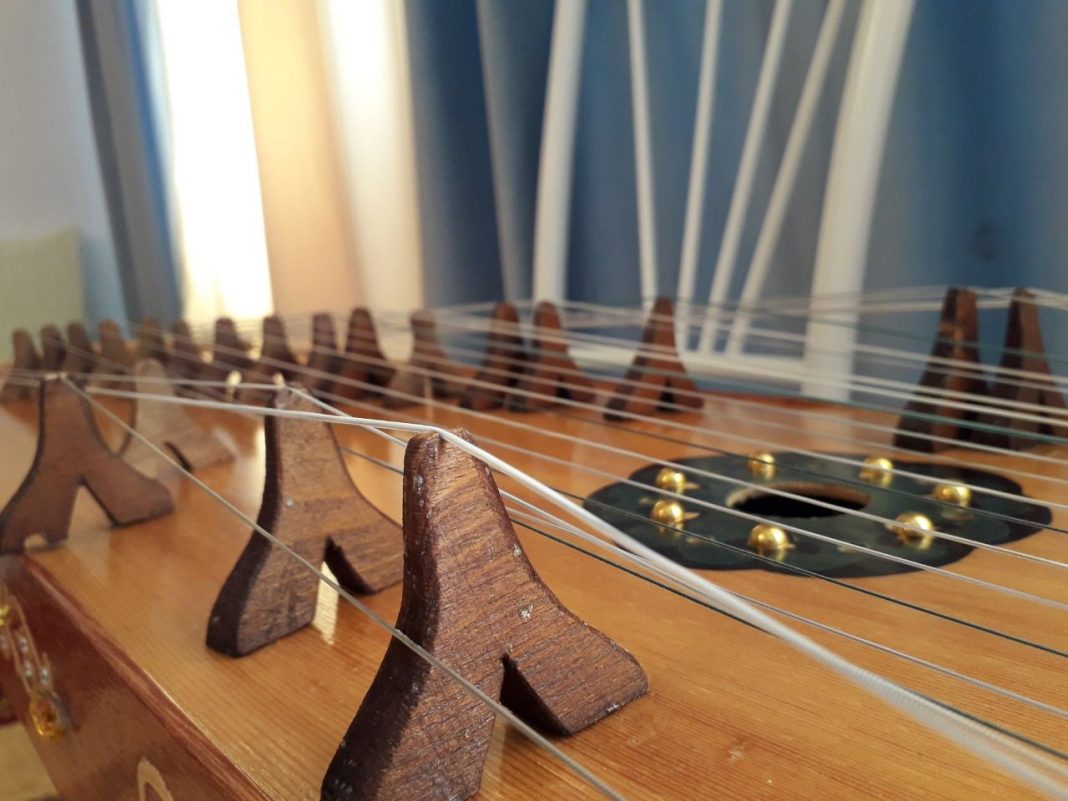 Over time, Zhetygen was reconstructed in accordance to modern requirements. The formerly seven-stringed musical instrument has today a range of 2.5 octaves. Special and reverent attention is paid to it by composers who began to compose specifically for Zhetygen. Today, a stringed musical instrument is widely used in Kazakh orchestral ensembles, giving the compositions their own special and indescribable tone.

Some of the earliest mentions of zhetygen are found in the records of the 18th century ethnographers. I. Lepekhin and I. Georgi wrote that, in addition to the two-string dombra, they saw an amazing multi- stringed instrument with a beautiful sound. Additionally, the traveler A.S. Pallas, who visited the Kazakh lands in 1786, managed to meet the ancient form of the modern zhetygen, which he described in his writings.

According to the records of travelers, the zhetygen remained among the Kazakh people until the middle of the 10th century, and then gradually began to disappear. Thanks to these old data and the description of the musical instrument by ethnographers, modern masters managed to restore and improve it. Zhetygen came to life and is now an integral part of Kazakh national instrumental music. 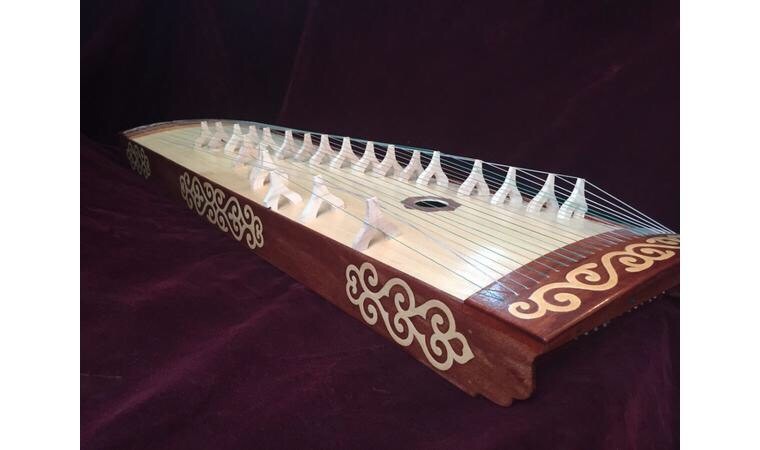 Zhetygen is also present in many Turkic-speaking people, having its own name. For example, among the Tatars it is “etigan”, among the Tuvans it is “zhadykan”, and among the Khakassians it is “shatkan”. This shows that the ethnic background of our musical instruments is very similar.

If we talk about the origin of the name, then according to the most widespread version, the word “zhetygen” comes from two Kazakh words – “zheti” (“seven”) and “En” (“song”).

The most accurate history of the zhetygen is still unknown. Therefore, researchers in this area can only rely on various assumptions. Today, the legend of the old man and his seven sons is the most popular version. 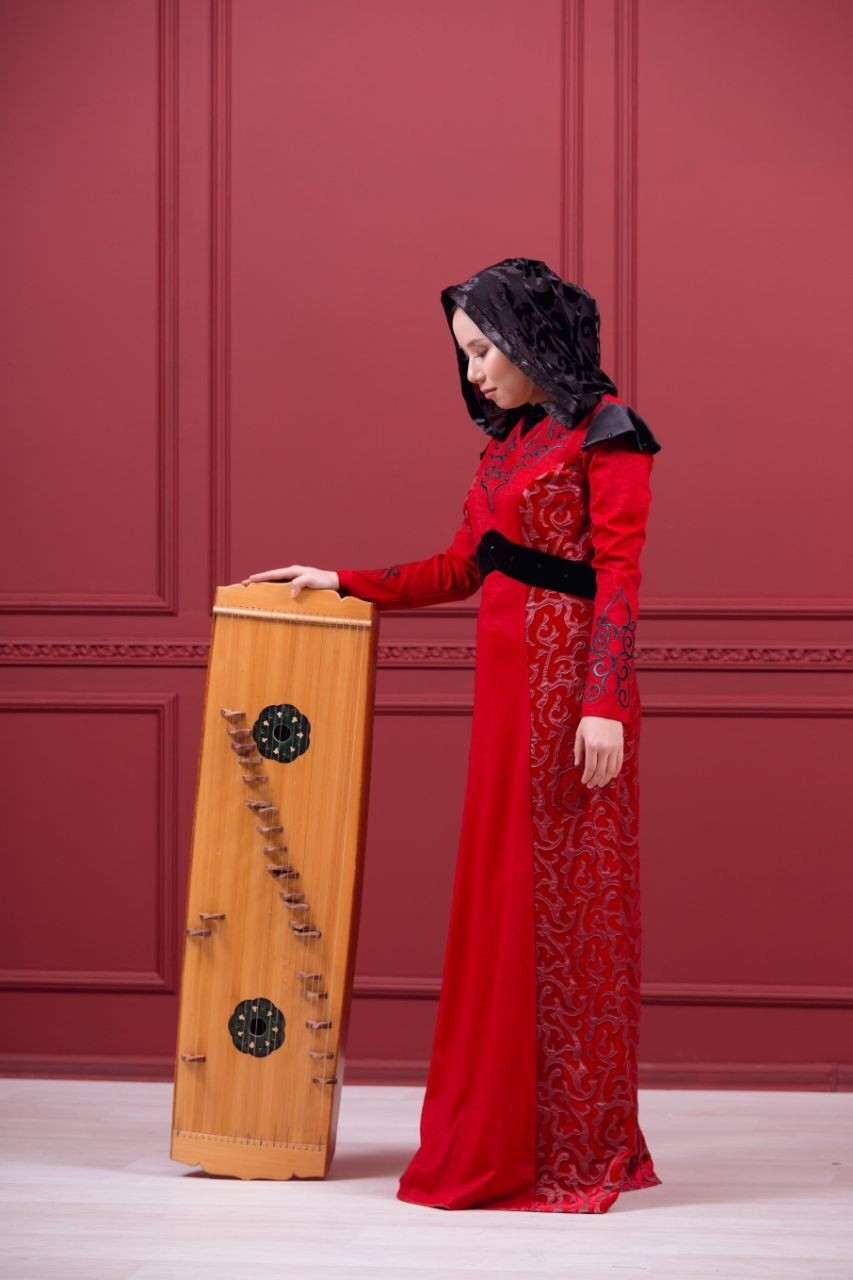 Zhetygen is a very complex instrument, both in its design and in the way of playing it. In ancient times, zhetygen strings were made of horsehair, and asyks were used instead of shutters. The sound of the instrument was extracted by moving these asyks along the strings.

In conclusion, we can say that zhetygen is a unique musical instrument that has become popular due to its indescribable sound. And even though zhetygen was once lost, today it has been safely restored in the musical heritage of the Kazakh people.