Syrym Musrepov is a Kazakhstani sculptor and artist who, despite his young age, has already achieved great success. Today his works of art are in the National Museum, in the Palace of Independence and at international auctions. Recently, one of his works was exhibited at the opening of a branch of the global hotel chain in Kazakhstan. 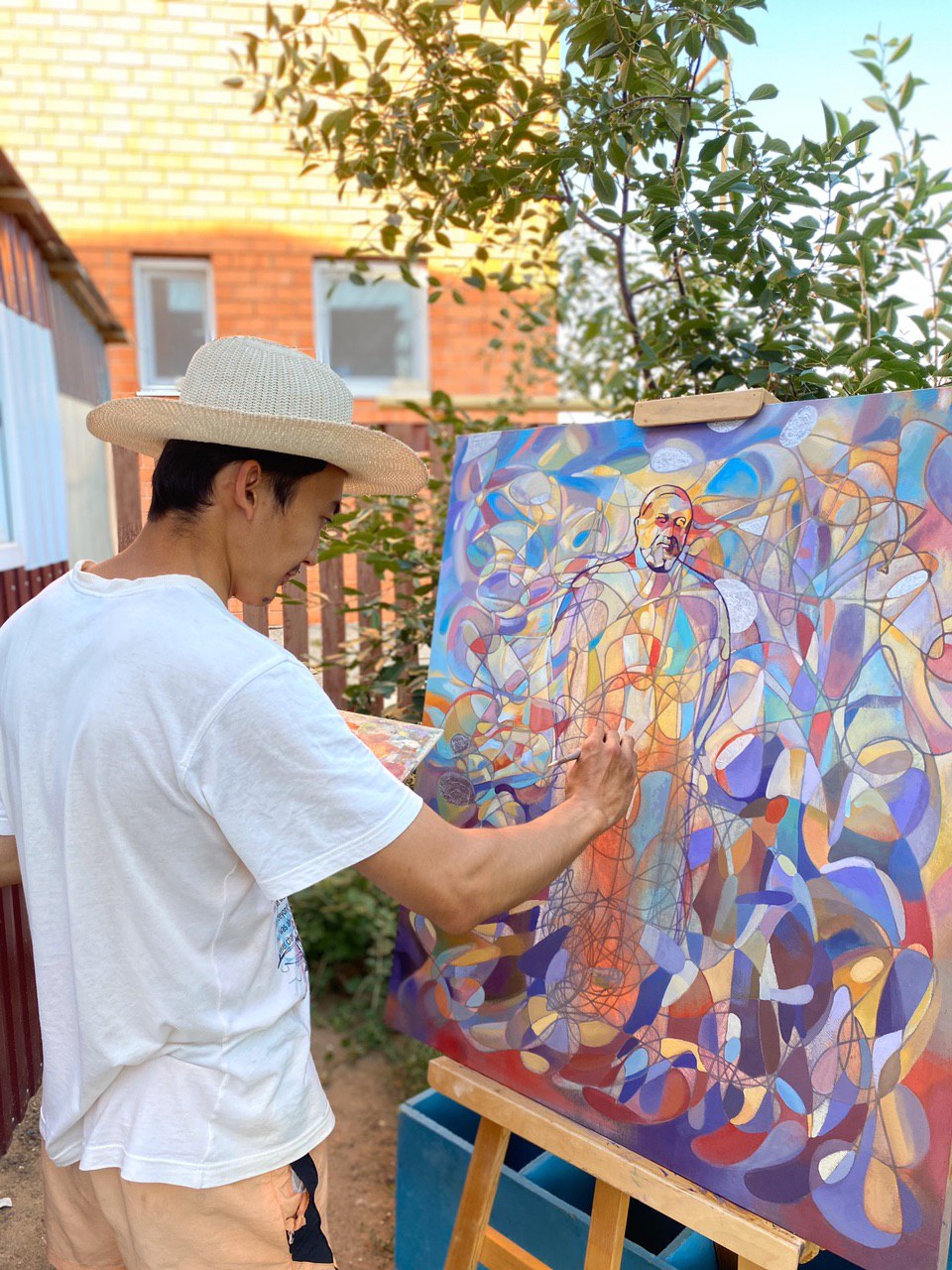 Syrym, like all young artists, believes that everything needs to be achieved independently, without anyone’s help. His principle: “First of all, believe in yourself and only in yourself.” Along with Western masters, the man has always worked hard to popularize this art form. Winner of the Shabyt and Daryn awards, the young sculptor plans to go abroad to continue improving his skills.

The editors at DimashNews present to your attention an interview with a young talent from Aktobe, Syrym Musrepov, who shared with us his vision of the present and future art of sculpture. 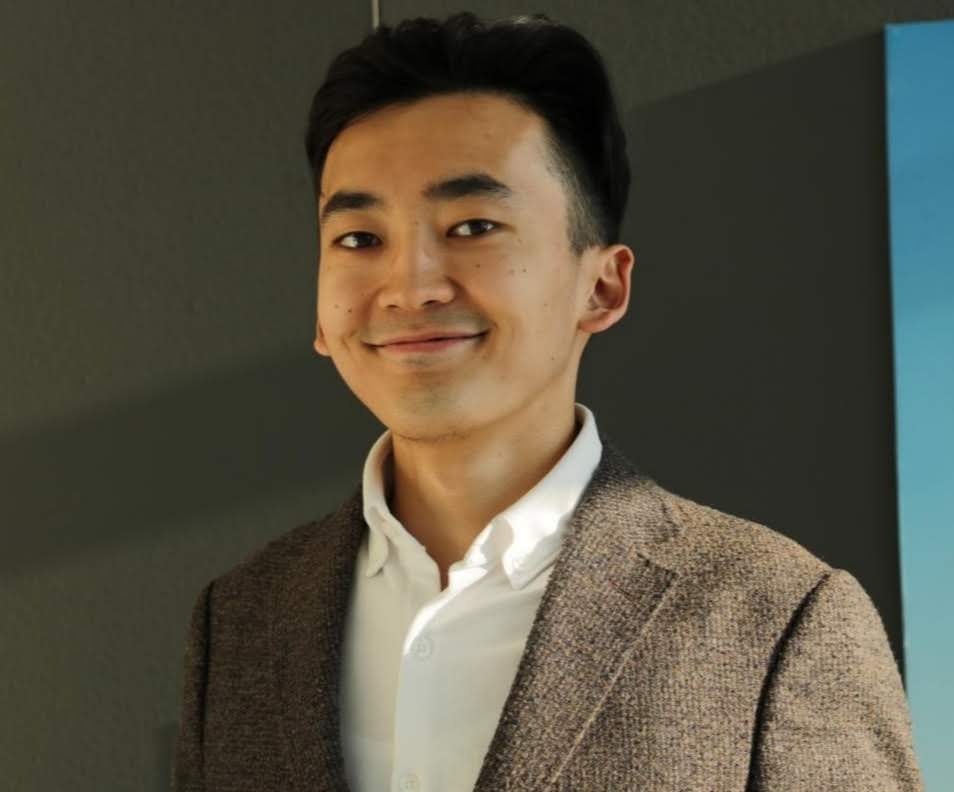 – Kazakh folk wisdom says: “If a person is destined to reach heights, it will manifest itself in childhood.” How old were you when you first took clay in your hands and made a sculpture out of it?

– It’s true. I was only three years old when I first picked up plasticine and made several crafts out of it. My parents then recorded it on video and later showed it to me. I built a whole willow forest on a dish tray. I also really liked to sculpt fish from plasticine. Interestingly, I could make every blade of grass and every tree in the forest separately. At such a young age, I even thought to make fish, leaving space for air inside so that they don’t drown in water. Also, when I sculpted big fish like whales or sharks, I opened their mouths so they could swallow small fish. I was so carried away by this activity that I even forgot to eat and drink.

– Your friends, who studied with you in Aktobe, know about your activities, but most people in Kazakhstan do not know that we have such a talented young sculptor. Please tell us more about where you grew up, studied and laid the first foundation of your creativity.

– I studied in the most ordinary Aktobe secondary school, and I cannot say that my academic performance was excellent. However, my parents noticed my talent in time and immediately sent me to an art lyceum. I think that it was there that all the interesting moments of my life happened. I’m not saying that I had some incredible talent, but I really learned a lot at the Lyceum. My teachers often sent me to competitions, and later on, the school management noticed my work and started sending me to more serious competitions.

– What competition was the most important and most memorable in your life?

– Once, under the auspices of the well-known company “Chevron”, a large competition was held with the theme “Children are changing the world”. Having passed the first stages of the competition, we went to the capital. Until the end of my days, I will never forget every day and every hour spent at this competition. We had little time. Every day we attended classes, listened to lectures and improved our technical skills. Being children, we wanted to go on walks. We were on the embankment near the park. However, instead of riding attractions, we sat on the left bank of the Ishim and painted a picture of the right bank. When the competition week came to an end, we all gathered in the large hall of the “Radisson” hotel, where our works were displayed right in the foyer. Patriotic songs were playing in the background, and then I saw the singer Rosa Rymbayeva for the first time. Needless to say, I was really nervous about the announcement of the results. And so … they began to announce the third place, the second … the first … and I was not among the winners. My hands dropped and I was disappointed that all my hard work had been in vain. Suddenly, the host announces the winner of the Grand Prix, which, to my great surprise, was me. I was so overwhelmed that I could not move. Probably, it was this competition that pushed me to do this professionally. 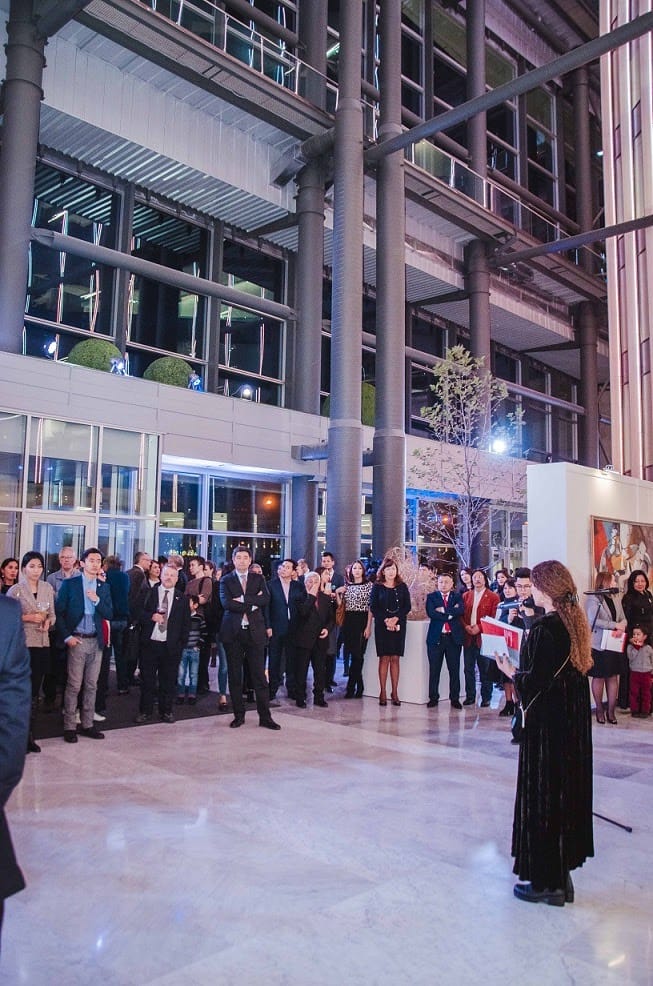 – After that, did you decide to link your life with art? Where did you go after graduating from school?

– At the time, our financial situation was not good. I felt that I would not be able to enter the university on a grant just because of my knowledge. So I applied to one of the local private colleges for a degree in Interior Design. To be honest, the level of education of students there hardly reached the level of the third grade of my art lyceum. However, I was not discouraged and I just believed in myself. I did a lot on my own so as not to lose my skills under the influence of the masses, and took part in various competitions. 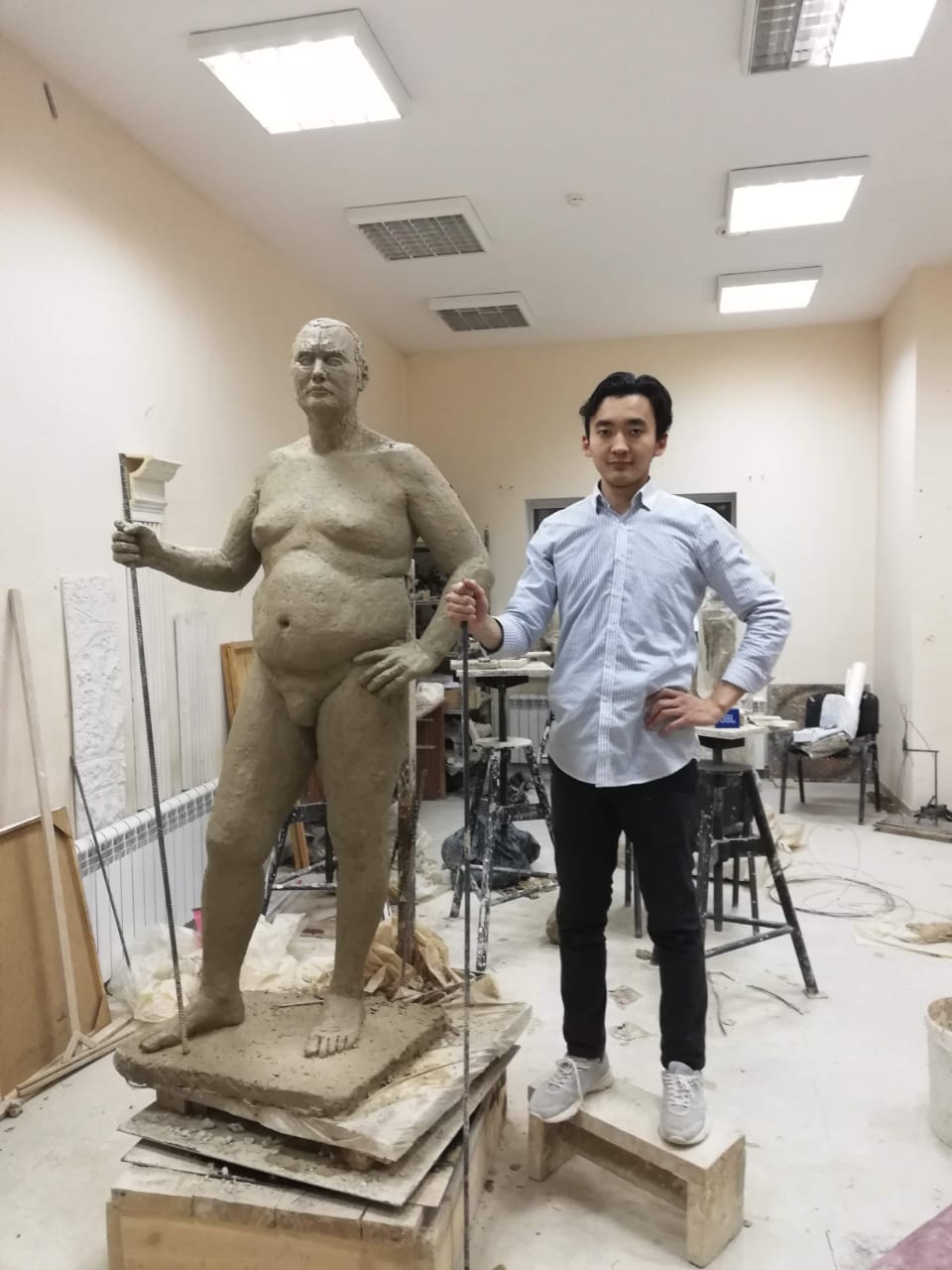 – Have you ever taken part in community service?

– Yes, I really wanted to develop leadership qualities and organizational skills, as well as take part in youth politics. Once I was at a meeting with Berdybek Saparbayev, who said: “Even the clothes you wear are the work of an artist. All artists need support”. I think it was these words of his that prompted the opening of an art museum and an art academy in Aktobe. All this was done for our future; So that each talent could find their own path for self-expression and self-realization. 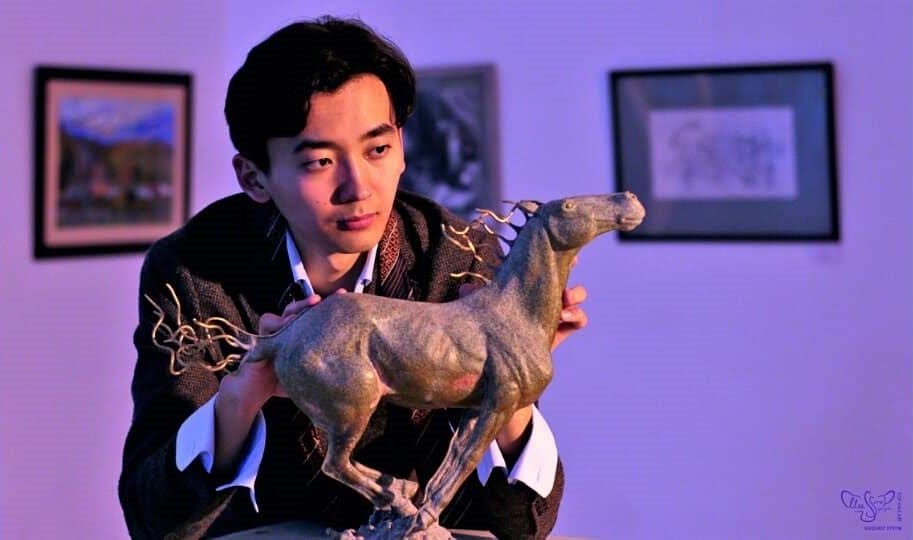 – Now you are a student at the Shabyt University of Arts and live in Nur-Sultan. Surely life in the city feels different. Is it easy to be a student in a big city?

– As a native of the region, I had a somewhat inflated ego. I think I was overconfident. I came to Nur-Sultan to impress the members of the selection committee with my art. However, the situation was not at all the way I expected, and reality quickly brought me down to earth. I could not apply for a grant and which upset very much, as it seemed unfair to me then. However, I always remembered the words of my late grandmother: “Every time you fall and you stand up, you become much stronger.” And that was true. Every time I ran into problems, I became stronger after solving them. My parents then sent me to a paid department, and I knew that it was diﬃcult for them to pay for my studies, so I felt that I had a huge responsibility towards them. I studied hard from the very first year. Many teachers and students began to recognize me. I held my own exhibitions. My name has become widely recognized in big competitions. Now I am very glad that, in the end, my destiny developed in this way. 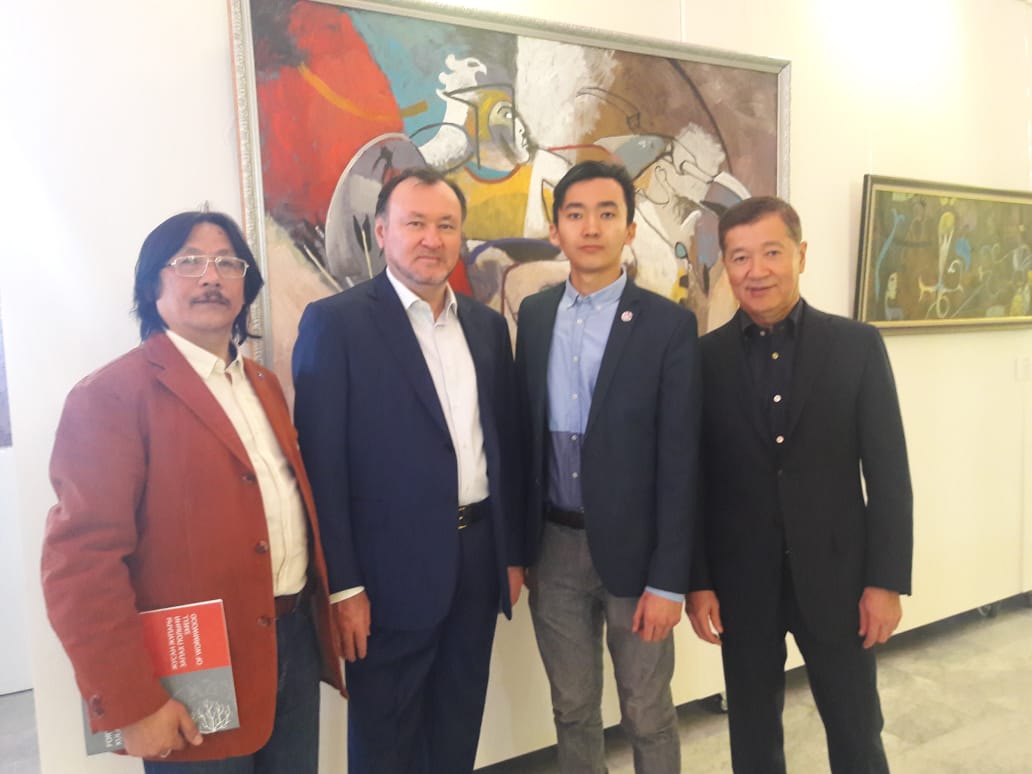 – Today you have the opportunity to earn a living based on your creativity. Previously, artists, for the most part, followed only one path: either the path of pure creativity, or the path of commerce. But you represent a new generation. Perhaps young people have different views now?

– Of course, first of all, the foundation must be laid on pure art. I came to the conclusion that a lot can be achieved by adapting your talent to the market. Without this, now there is nothing. I started various commercial projects from the very first year. I think if I had studied based on a grant and received a scholarship, I would not have taken part in these projects. I am really happy that my destiny turned out that way. After all, following this path, I, as a young sculptor, eventually became quite famous. 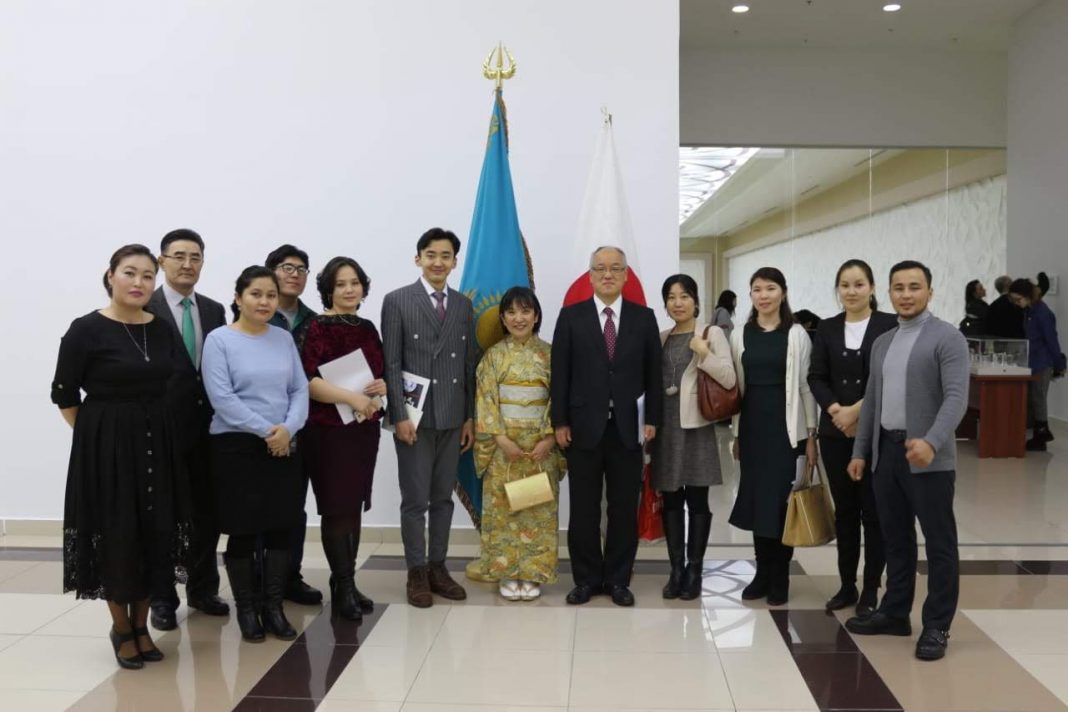 – Syrym, you spoke earlier about supporting art. Western countries are investing heavily in supporting artists. How are things going with us?

– From what I’ve heard, the West invests heavily in art. The demand is constantly increasing. Developed countries often invest in art, and slowly, this trend is reaching us. I recently issued a certificate to the person who purchased my work, stating that it is a genuine original and no copies were made. For him it was very important. If I do several of the same work, then their value will drop. Today, many of my sculptures are at one of the international auctions headquartered in New York. Each one of the sculptures is oﬃcially documented. 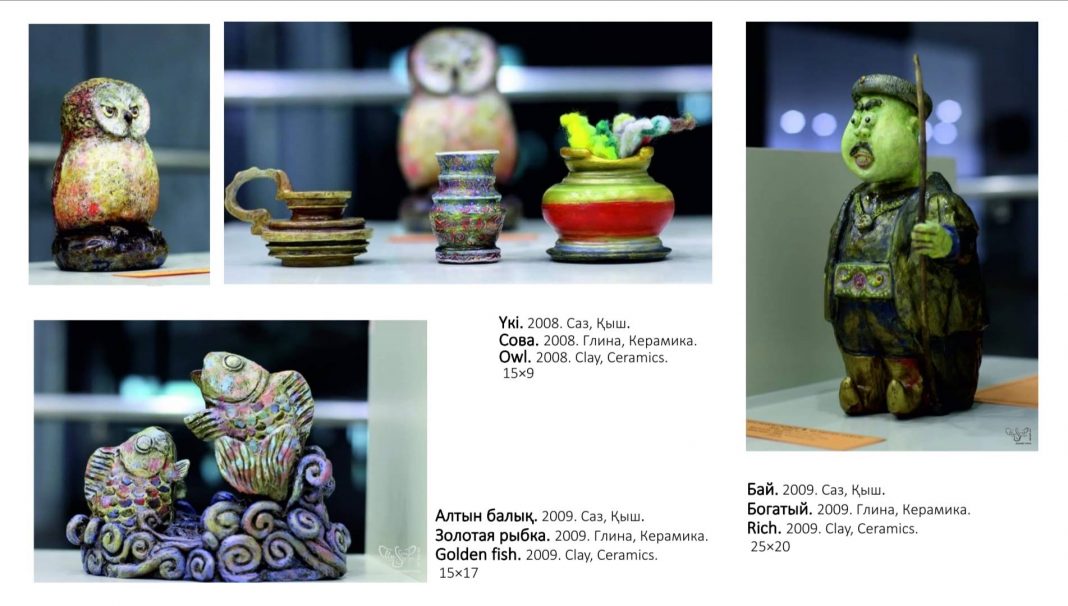 – They say that imitating the style of other artists hinders the development of your own style. Nevertheless, is there an artist who inspires you to create?

– I deeply respect the Kazakh sculptor Erbolat Tolepbay, whose works were presented at an art exhibition in Paris next to the works of Salvador Dali. The organizers highly appreciated his works. Unfortunately, the works of our domestic artists are first noticed abroad, and only after that they begin to be appreciated here. It should be said that abroad, many more people understand art. In economics, there is a theory that any country can be recognized primarily by its lifestyle and level of cultural development. Perhaps that is why Jackie Chan, most of all, wanted to first get acquainted with the works of our artists when he arrived in Kazakhstan.

– Thank you very much for the interesting conversation! We wish you good luck and success in your creative field!