Every day, the number of diars across the planet becomes more and more. More than a million fans of Dimash Kudaibergen’s work open fan clubs whose goal is to support their favorite artist. There are more than a hundred fan clubs today. All of them are active, organize charity events, share the latest news about the artist’s work and life. Today we will talk about the largest of them – the Eurasian fan club. 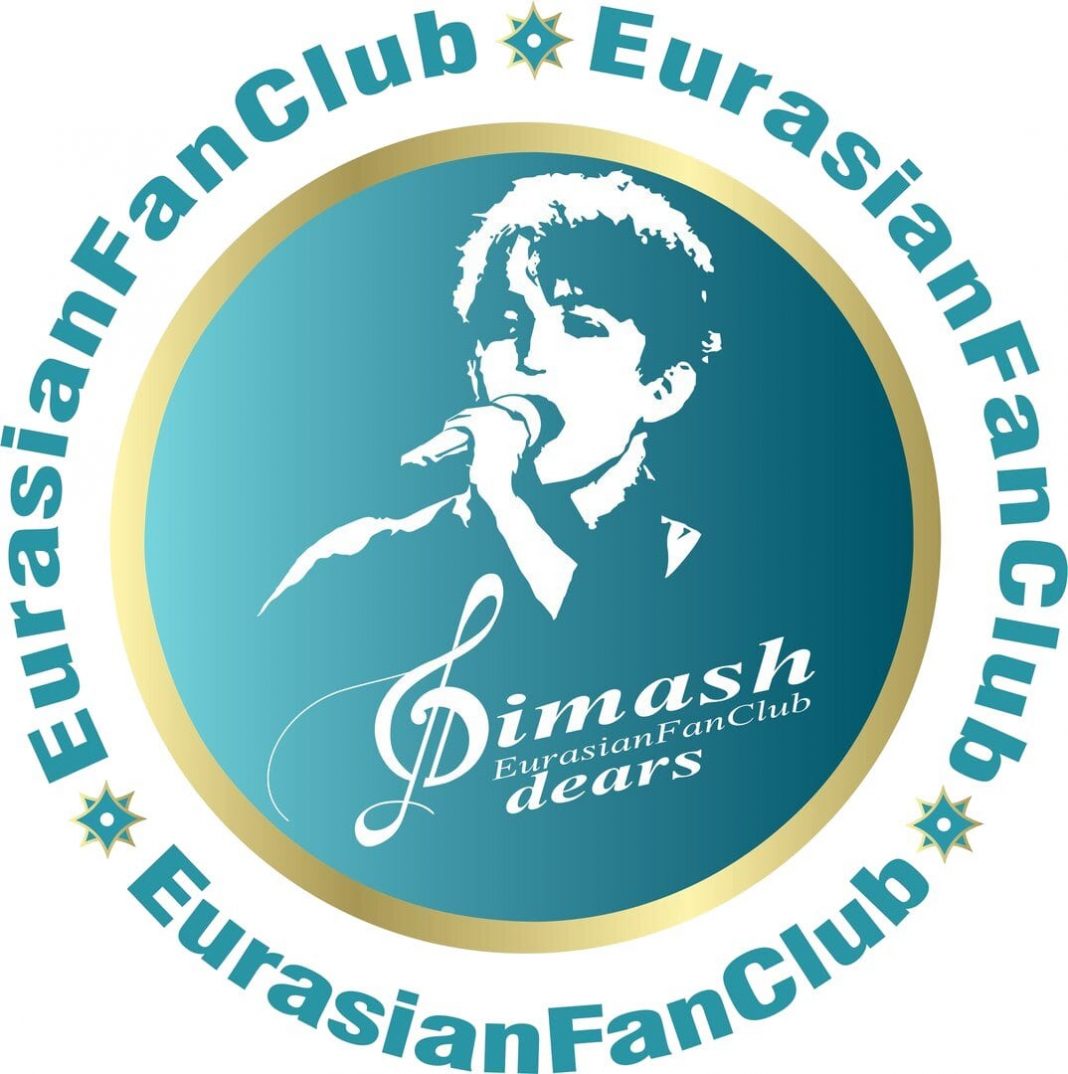 August 2016 a group of Dimash’ Kazakh and Ukrainian fans created a fan page on Vkontakte dedicated to the work of the unknown for those times artist from Kazakhstan — DimashKudaibergen.

Starting with a Chinese contest “I am a Singer” his popularity began to increase, and it was decided to change the format of the Community. So in April 2017 the Eurasian Fan Club appeared. Soon the logo of the club was presented, developed by Elena Sergunina, which is its calling card even nowadays.

The element of Dimash’s sign was used in creating the logo, as well as the name of his fandom “Dears”. The main element of the logo reflects 2 strings of dombra, 3 musical signs and the initial letter which are united together. The use of two keys indicates the range of the voice. The word “EurasianFanClub” means the attachment of the logo, the participants’ geographical location and the place of origin of the group. The circle symbolizes the community, unity, friendship, and an open circle means openness to friendship.

Since then Dimash Kudaibergen has gained the fame on all the continents and continues to conquer different countries. The EFC accompanies and as far as possible supports Dimash on his difficult, but interesting creative path. Over the past time the club has been expended, opened it’s representatives in various social networks and the YouTube platform, attacked people of different nationalities and language groups.

The EFC had been initially oriented on Russian-speaking fans from the CIS, but with a growth of Dimash’s popularity the geography of subscribers expanded, the foreigners who didn’t speak Russian began to join the club. In this regard, a team of translators has been formed and now it is actively working, translating all the information related to Dimash and his work into different languages, so it is becoming available to people around the world. A after a while the correspondent and editorial departments appeared on the club, where fans with a journalistic experience work, and there’s also a creative team works with photo, video and creative content work.

On the EFC platforms a huge material has been accumulated and systematized: videos, photos, articles, essays, interviews, reports, poems, literary translations of Dimash’s lyrics articles on the culture and history of Kazakhstan and much more. All the information is thoroughly checked, edit end much attention is paid to the reliability of the sources of information. Content on all platforms is formed exceptionally on the basis of Dimash’s interests with concern for his image.

The Eurasian Fan Club initiates itself and participates in various actions in support of Dimash’s creativity, his concerts and significant events of his singing activities. EFK volunteers also attend general education and musical schools, where they spend class hours and introduce a young and talented Kazakh musician to the younger generation.

A separate niche in the work of fan club is occupied with charity in which anyone can take part. Charitable fees are usually held in honor of Dimash’s birthday and in the run-up of the New Year, and the collected funds are transferred to orphanages, poor families with lots of children or children in need of expensive treatment.