On December 11th at 5:00 pm New York time (December 12th at 4:00 am Nur-Sultan time) the first part of the interview with Dimash will be released on the MTV USA YouTube channel – “MTV FRIDAY LIVESTREAM” program. 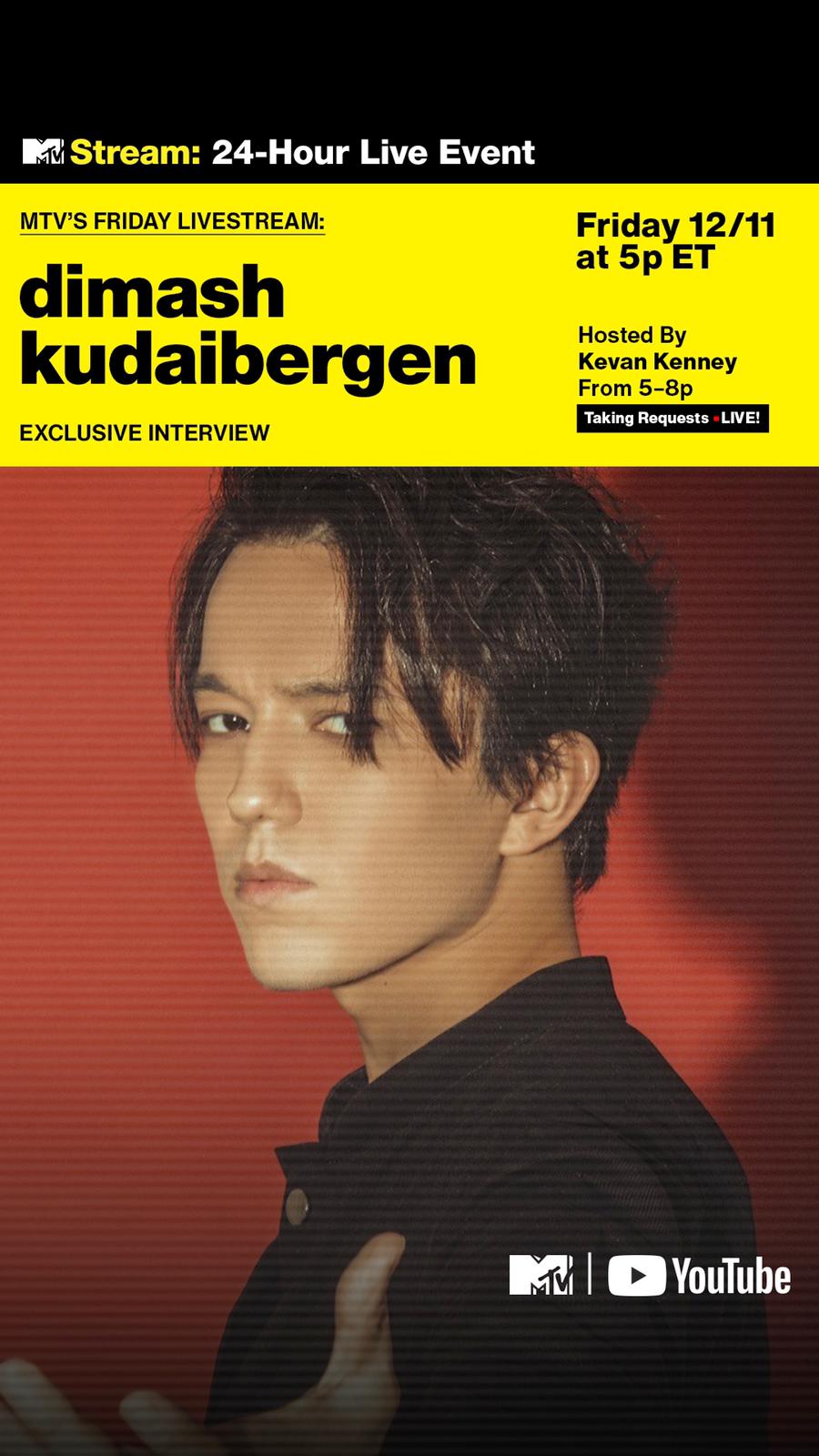 It was in October 2nd of this year, the official YouTube channel MTV premiered Dimash’s song “Qairan Elim”.

Every Friday from the day of the premiere on  “MTV FRIDAY LIVESTREAM” voting takes place for the most in-demand performers of the evening. As a result of the efforts of Dears from all over the world, Dimash has been in the top five for eight weeks.

During mid-October, “MTV FRIDAY LIVESTREAM” host Kevan Kenney announced an interview with Dimash, which was recorded on November 24th. Today it became known that the 1st portion of that interview will be released on December 11th at 5:00 pm New York time (December 12th, 4:00 am Nur-Sultan time).

In a conversation with Kevan, Dimash will talk about his current projects, the first online concert and much more.

Purchase tickets for the “DIMASH DIGITAL SHOW” at dimash.tixr.com.

Any use of the materials is allowed only with an indicating source DimashNews.com.