On December 16th, through Dimash’s YouTube channel a performance video was published. It showcased his performance in honor of the Independence Day of Kazakhstan. DimashNews found out all the details from behind the scene. 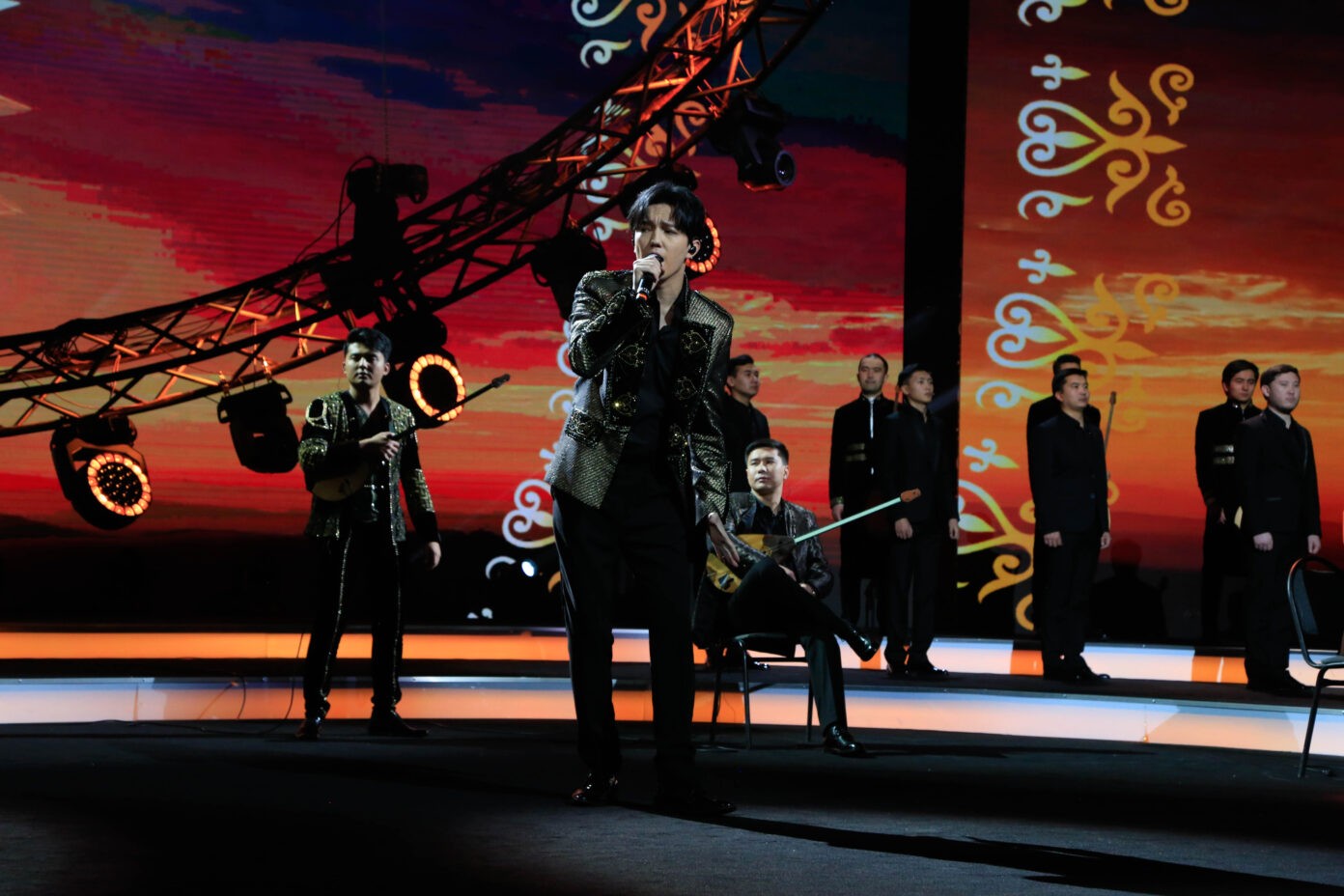 Independence Day is the main national holiday of the Republic of Kazakhstan. It is celebrated annually on December 16, on this exact day in 1991 the Supreme Council adopted a law on the independence and state sovereignty of Kazakhstan.

Dimash Kudaibergen congratulated his fellow countrymen with the words:

“December 16 – Independence Day, which our ancestors dreamed of for centuries. From the bottom of my heart I congratulate all of you on this significant and important holiday both for us and for future generations. May the clear sky always stretch above us, on which the blue flag of our prosperous and united country will fly forever!” 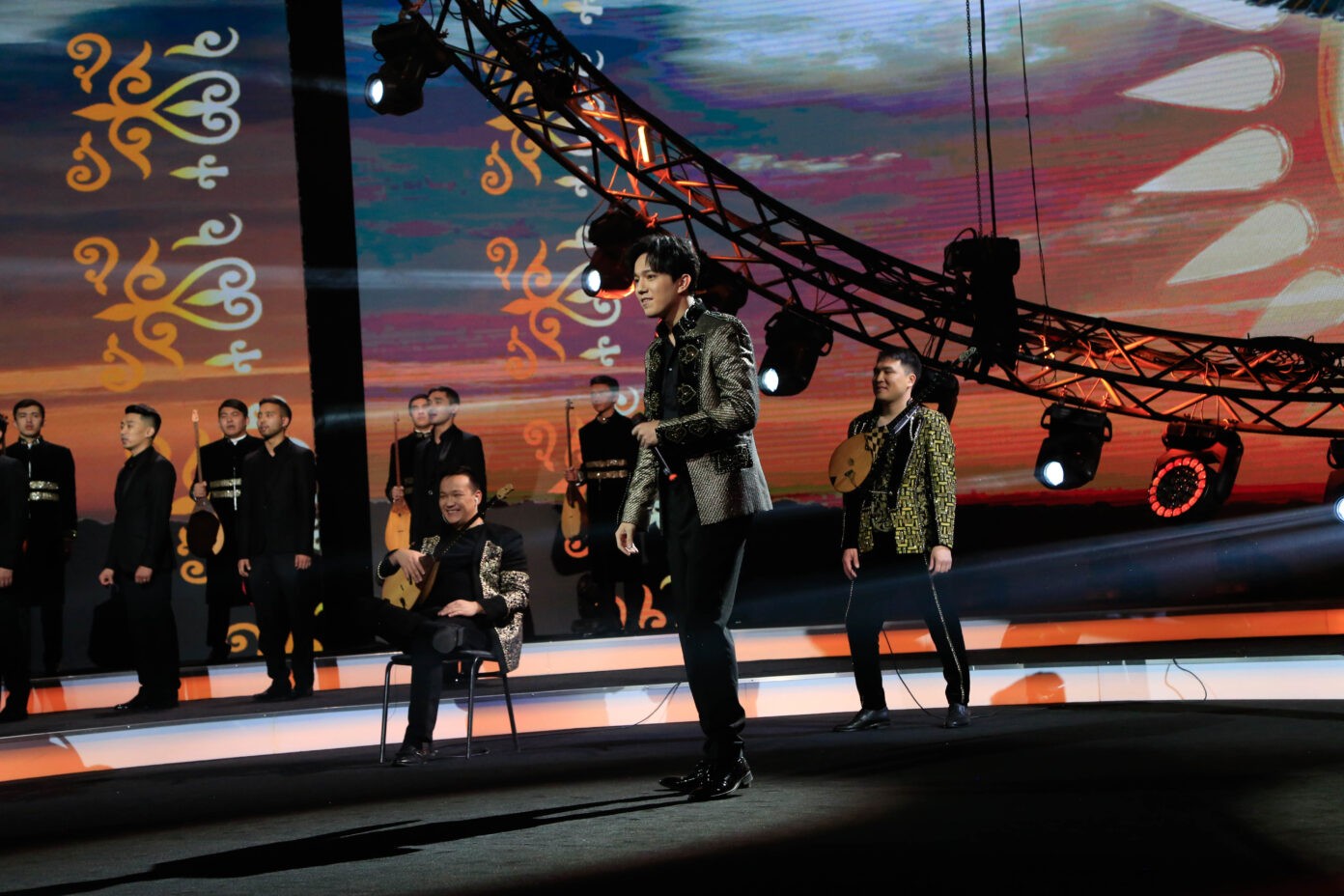 The concert, timed to coincide with the holiday, was held at the Independence Palace in Nur-Sultan. Dimash performed the song “Elim Menin” (“My country”), which is the national hymn. The author of the lyrics is the first ever president of Kazakhstan, Nursultan Nazarbayev. 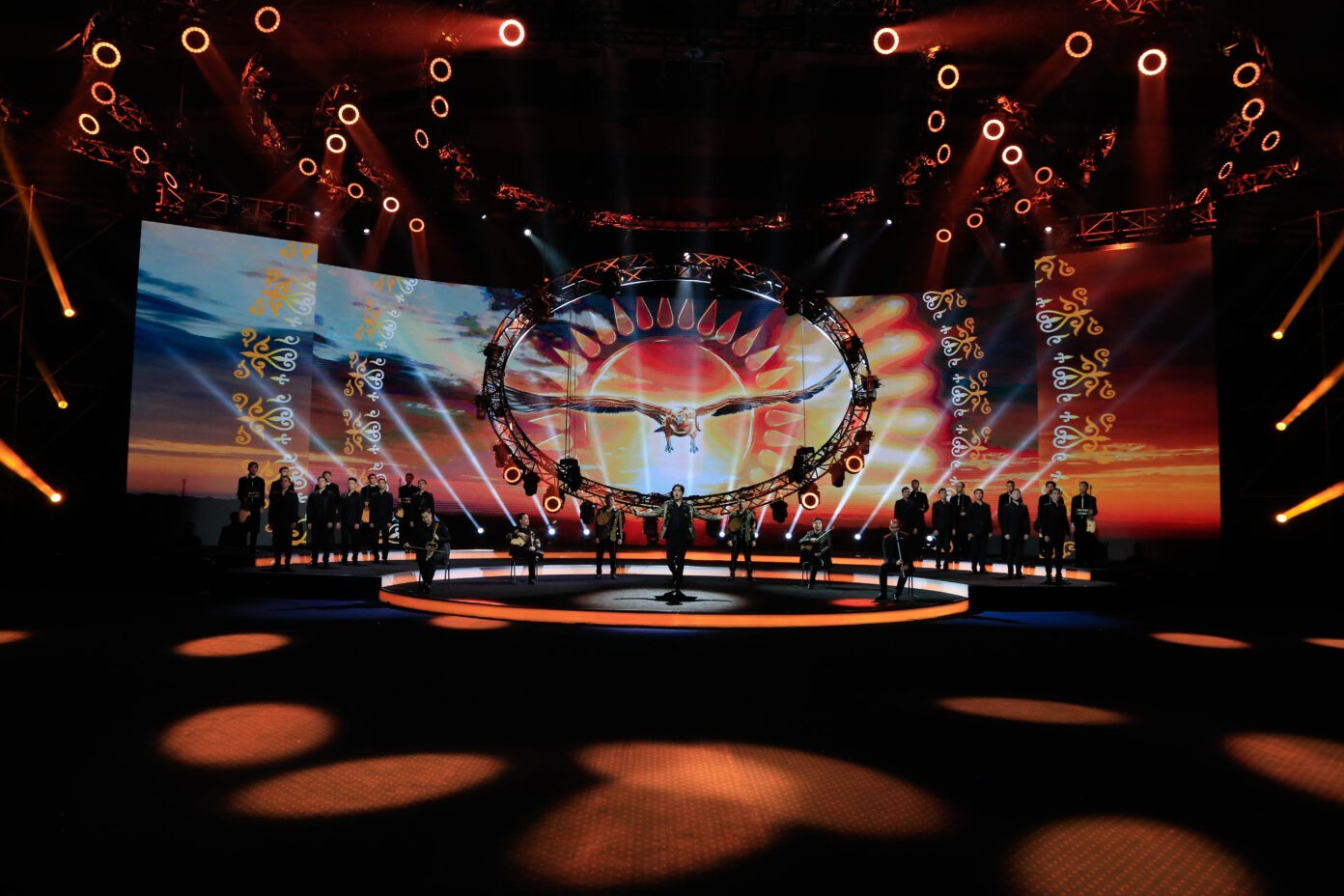 The preparation of the act took place remotely under the guidance of director Anna Oboyanskaya. At that time, Dimash was in Moscow and Anna, along with the team that organized the project, was in Kazakhstan.

On his return to Nur-Sultan, Dimash went straight to the shooting on the same day, which took place in the Palace of Independence.

Here is what director Anna Oboyanskaya told us about the concept of the performance:

“As you may have noticed, only men took part in the performance. This was done purposefully – to show the masculine strength and will of real Kazakh batyrs, who defended their homeland for centuries. Against the background, a golden eagle and a golden sun are the main symbols of the flag. We played it in an artistic form: a golden sun on a golden horizon and a golden eagle that flies forward throughout the song.” 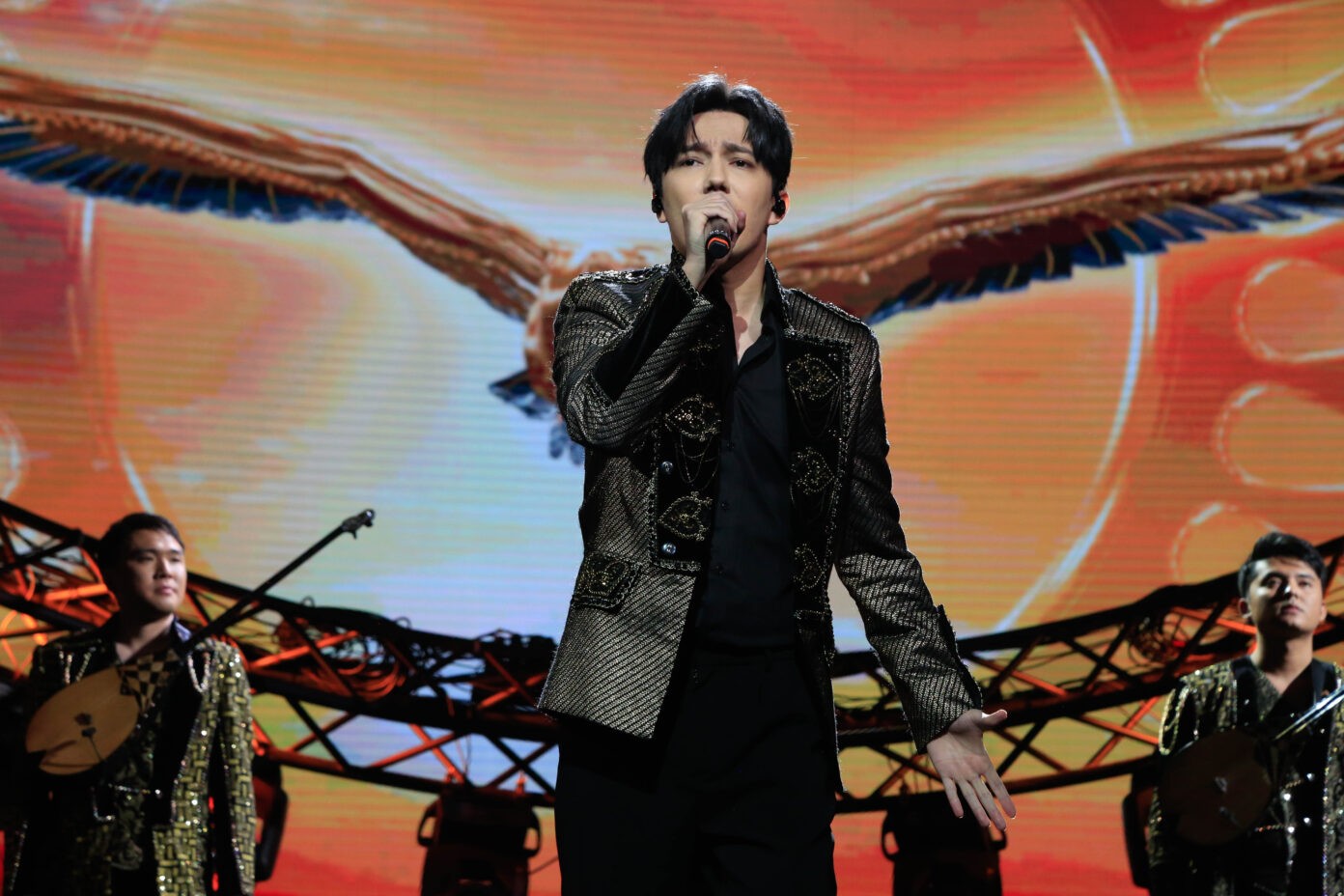 The round lighting of the stage truss also made a lot of sense.

“We had the technical ability to lower this truss at an angle, and when we did it, we got a very interesting set design with double symbolism. With the stage truss, we wanted to reproduce the effect of another sun, as well as ‘shanyrak’, which is a symbol of home, hearth and procreation”, Anna shared. 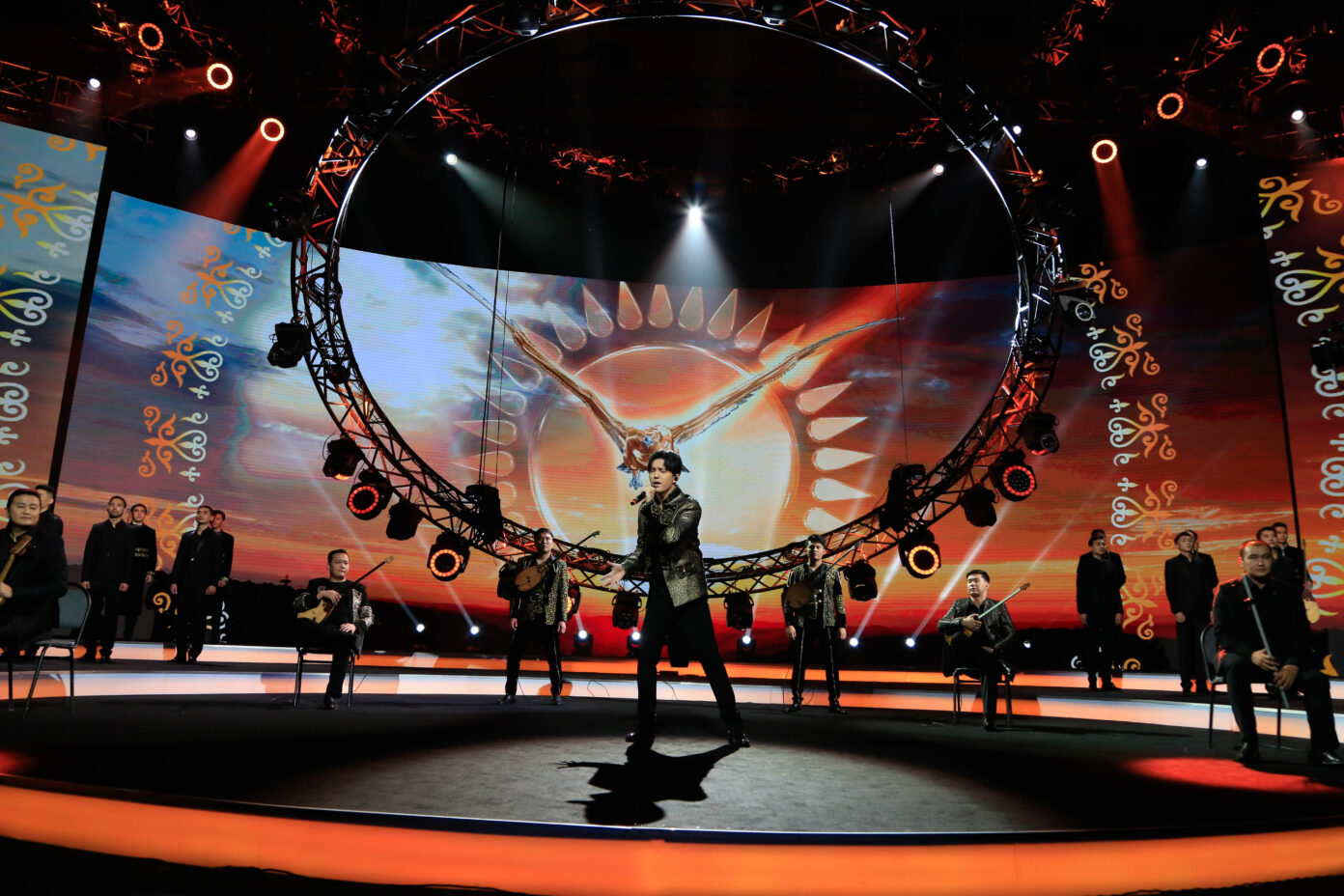 The sound producer of the track “Elim Menin” was Yerlan Bekchurin.