Dimash’s beautiful pearl-white outfit at the I Am Singer competition, the image for the American show The World’s Best – the founder of Zeken Moda brand Kairolla Abishev told us about the cooperation with the famous Kazakhstani performer. 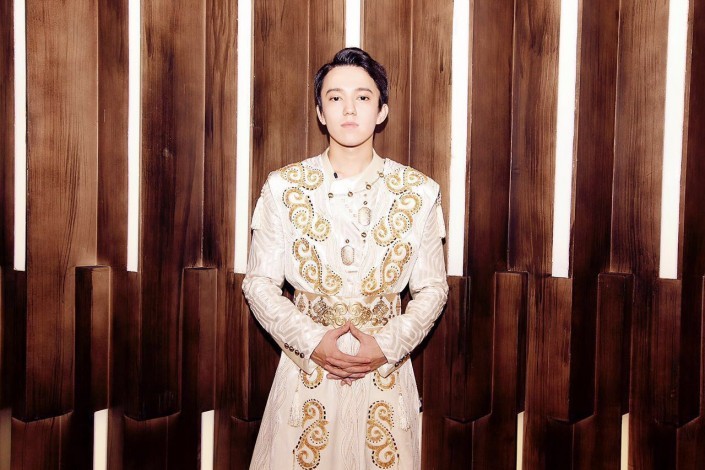 The history of the Kazakh clothing brand Zeken Moda dates back to 2001, when the talented designer Kairolla Abishev decided to open his own fashion studio. At first, he worked independently, gradually inviting other young designers and craftsmen to join the staff. Now it is one of the largest fashion houses in the country. 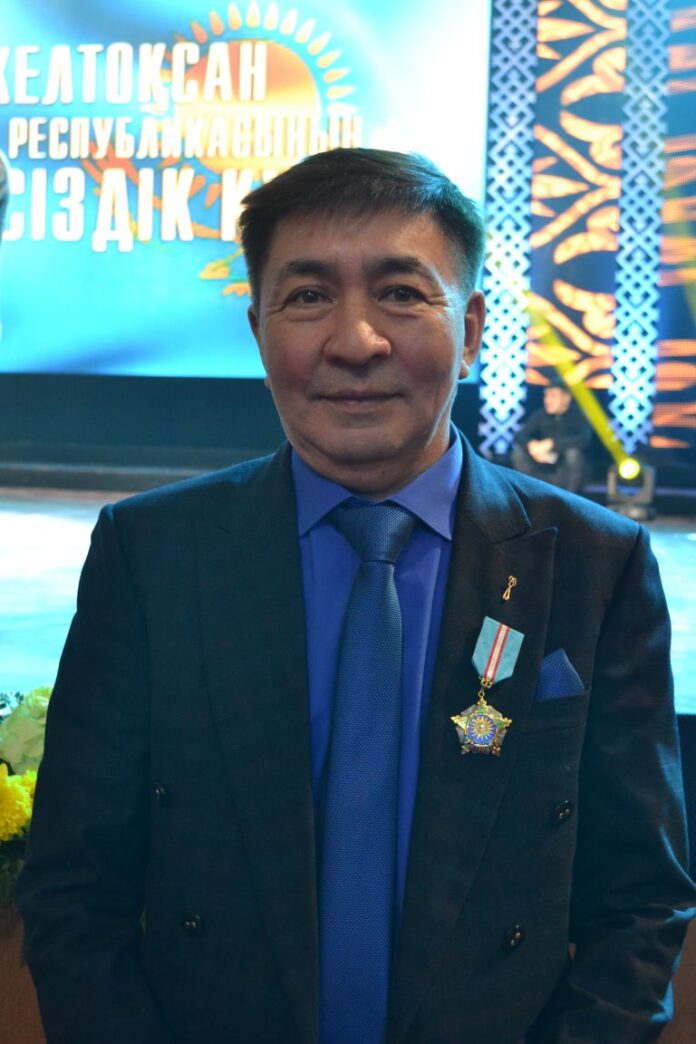 The uniqueness of the Zeken Moda style is a huge time range: from outfits inspired by antiquity to modern trends. The brand regularly participates in events of the highest level, honorably representing the “Made in Kazakhstan” label.

For example, in 2018-2019, the brand has made more than 20 thousand costumes for musicals and dance groups.

Kairolla Abishev’s studio constantly collaborates with famous Kazakhstanis. Young performer Yerzhan Maxim, outstanding figure skater Denis Ten and many others dressed in clothes from Zeken Moda. In 2017, wearing a white and gold suit created by the brand’s designers, Dimash Kudaibergen appeared in the seventh round of the I Am Singer Chinese competition, amazing the audience with this image. 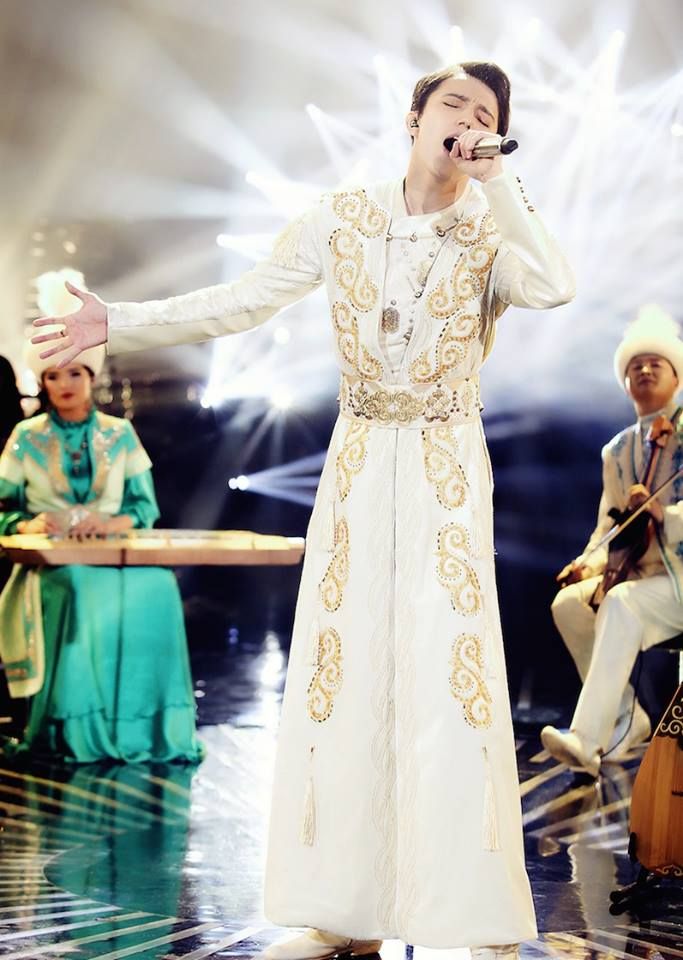 Its authors Kairolla Abishev, Akbota Toktasynova and Berik …? (нужно добавить фамилию) recall the work on the suit with warmth, admitting that, despite a very tight deadline, they experienced a huge surge of inspiration at that moment. 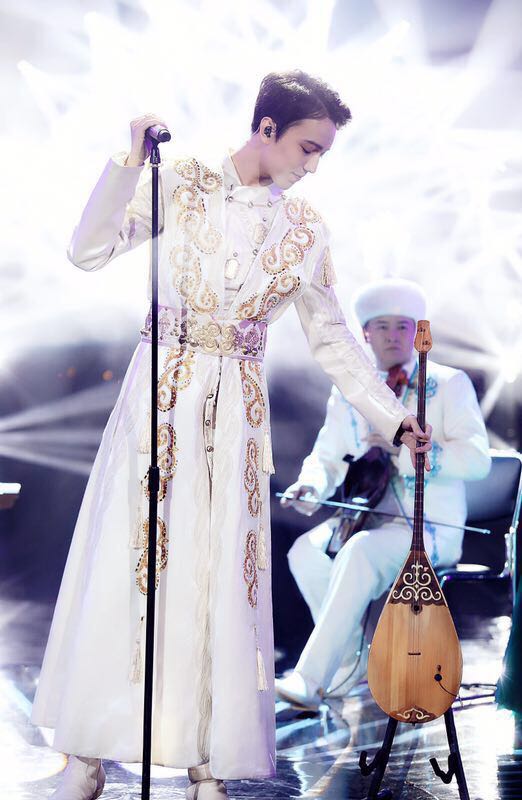 The artist’s outfit was supposed to reflect the national flavor, while looking unusual. So the designers decided to make a pearl white suit, thereby expressing to Dimash the traditional Kazakh wish: «Ақ жол болсын!» (Let the road be bright!). 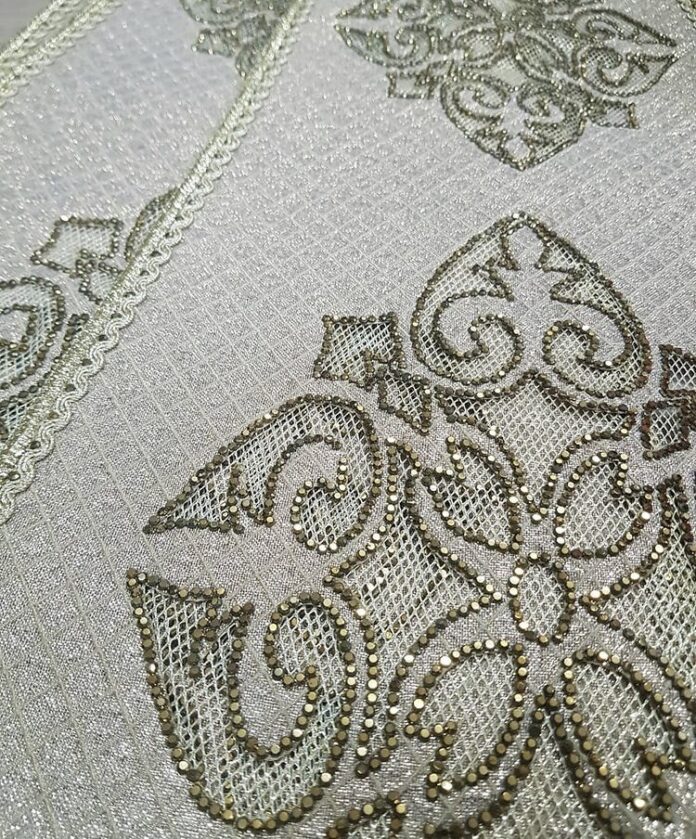 They chose velvet and leather as the main materials, whilst developing a special ornament – soft, without any rough corners. As important attributes in the Kazakh cultural costumes, metallic jewelry was also a must for this outfit. 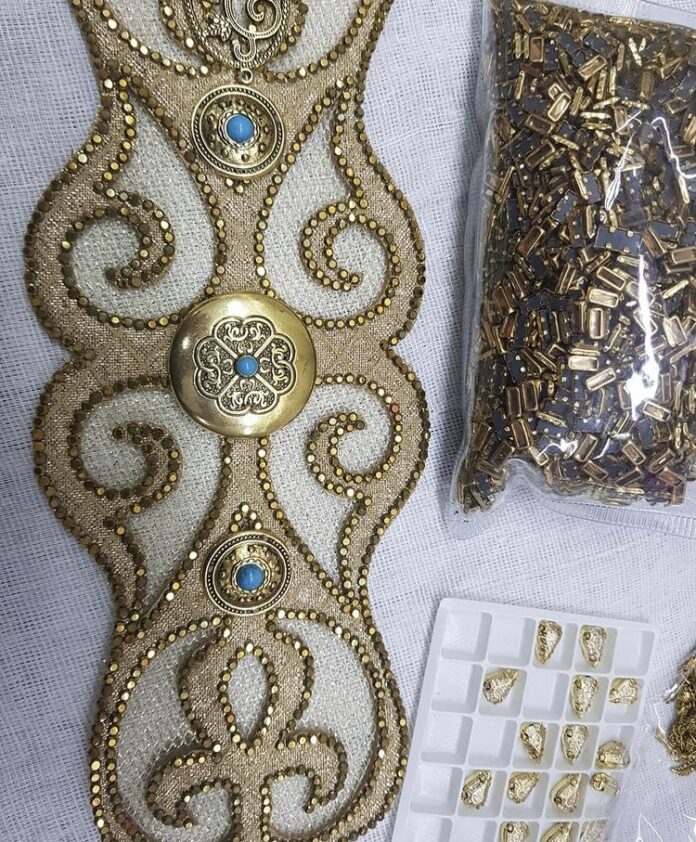 The origin of another color element in quite interesting too. In ancient times, it was customary to hang bells in the yurts to protect the dwelling and its inhabitants from negative energy. This tradition has been passed down through the golden tassels hanging from the artist’s shoulders. 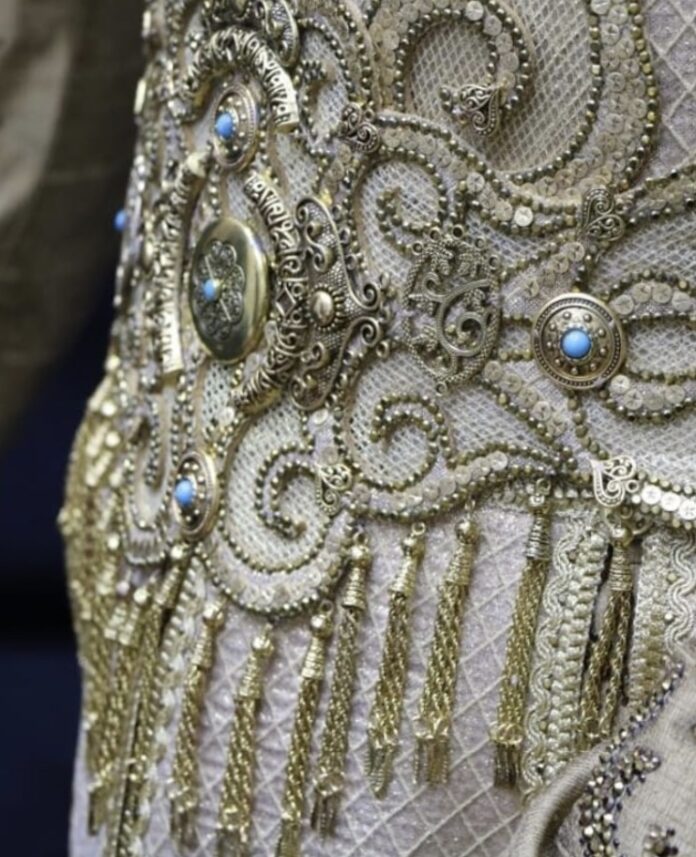 After numerous discussions, sketches and nights of painstaking work, the result is a truly impressive image. After Dimash went on stage in it, the performer was immediately given the nickname “the Kazakh prince” by the Chinese audience.

“When we saw the ecstatic reviews from people about our costume, it was as if a new strength was born in us. We wanted to introduce a Kazakh in a noble pearl-white suit to a foreign audience, and I think we managed to achieve this effect,” said Kairolla Abishev, founder of Zeken Moda.

Creating Dimash’s next image, this time for The World’s Best TV show on the American CBS channel, the brand’s designers thought: “What else can you get inspired from the historical heritage?” Then the image of the “Golden Man” came to their mind – a warrior with great strength and courage, who became one of the historical symbols of Kazakhstan. 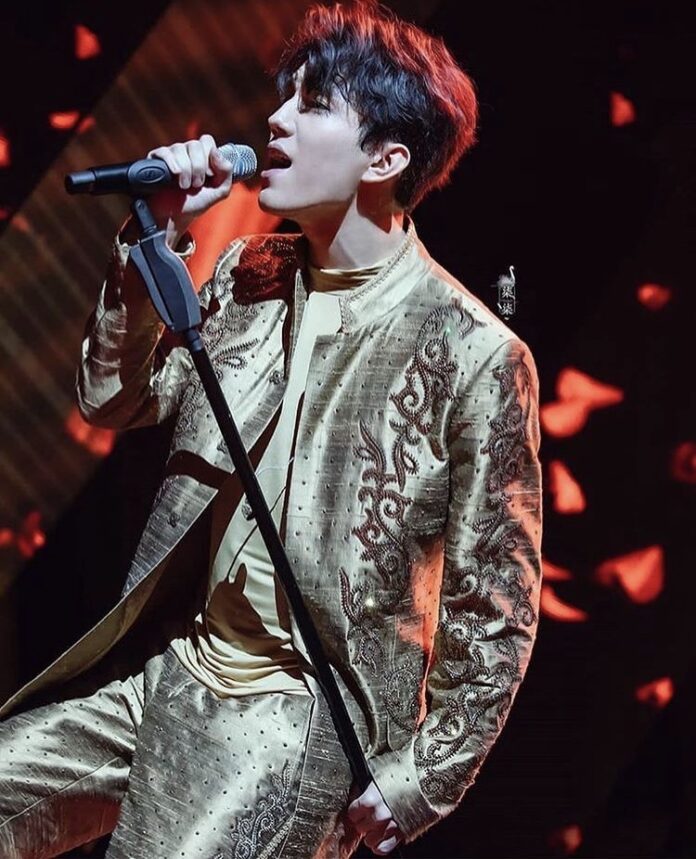 In 2020, the founder of the brand was elected to become the new vice president of the Academy of Design in Kazakhstan. He believes one of his main tasks in the development of fashion in Kazakhstan is through the study of traditions.

“Today, young people are very interested in the fashion industry. Therefore, our goal is to consolidate and promote the domestic product, giving young people the opportunity to learn, preserving traditions, and by creating a new, modern Kazakhstani line of clothing, “ – said Kairolla Abishev.