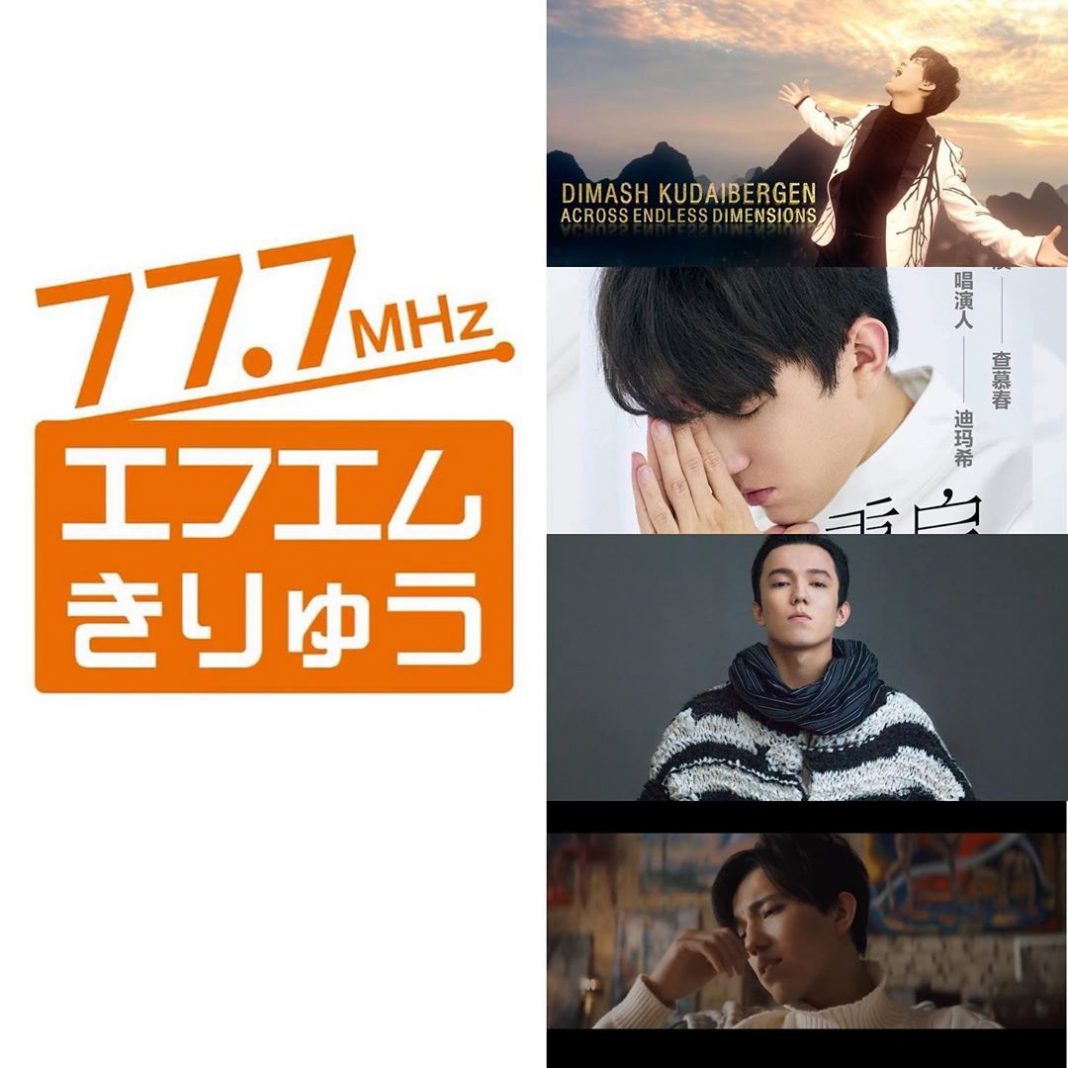 FM Kiryu is one of the most popular radio stations in Japan, first broadcasting in 2007.

“More Music” is a program that introduces good music from all over the world to its listeners and broadcast twice a month. On October 1, “More Music” will host a special program: “Dimash Special Feature”, sponsored by the city itself, where 4 songs by the Kazakh artist will be played: “Across Endless Dimensions”, “Restart My Love”, “War and Peace” and “Akkyum”. The program will be rebroadcast on October 2. 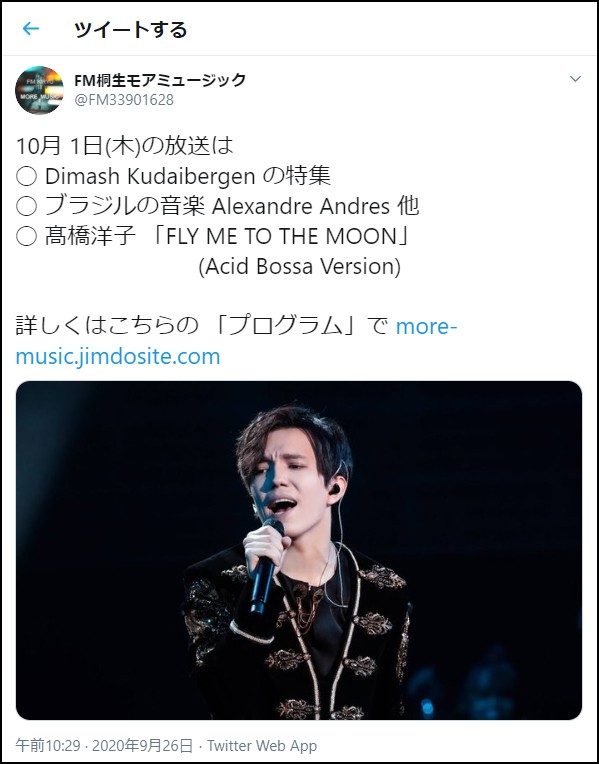 Back in June 2020, at the request of the Japanese Dears, Dimash’s song “Screaming” was broadcast on FM Kiryu Radio. Upon hearing the voice of the Kazakh artist for the first time, the radio hosts were very impressed. They also received a lot of rave reviews during the broadcast.

After the first broadcast, the Dears from Dimash’s Japanese fan club instantly made a request for a second one. Although the first time, only one song was aired on the radio program, this time there will be four of them in the “Dimash Special Feature”. 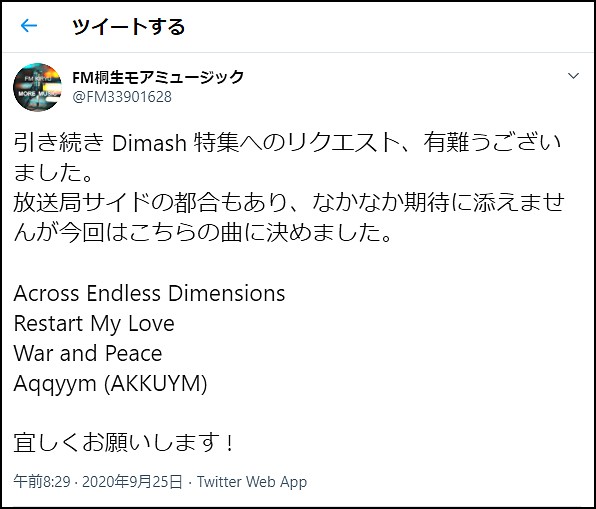 In Japan, the issue of copyright is very strict, so the number of songs that can be broadcast on the radio is limited. However, the Japanese fan club did everything possible to ensure that Dimash’s songs will be played on the air. 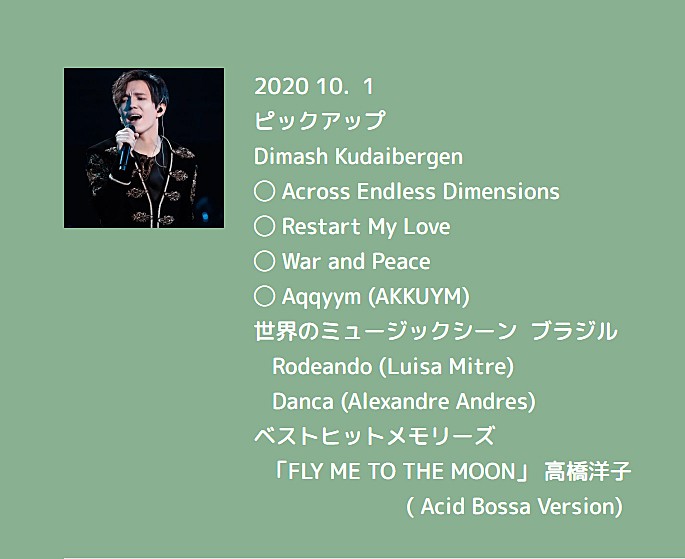 Dears from Japan really wanted to have a song in Kazakh on the air. Thus, “Akkuym” (“My Swan”) was chosen. 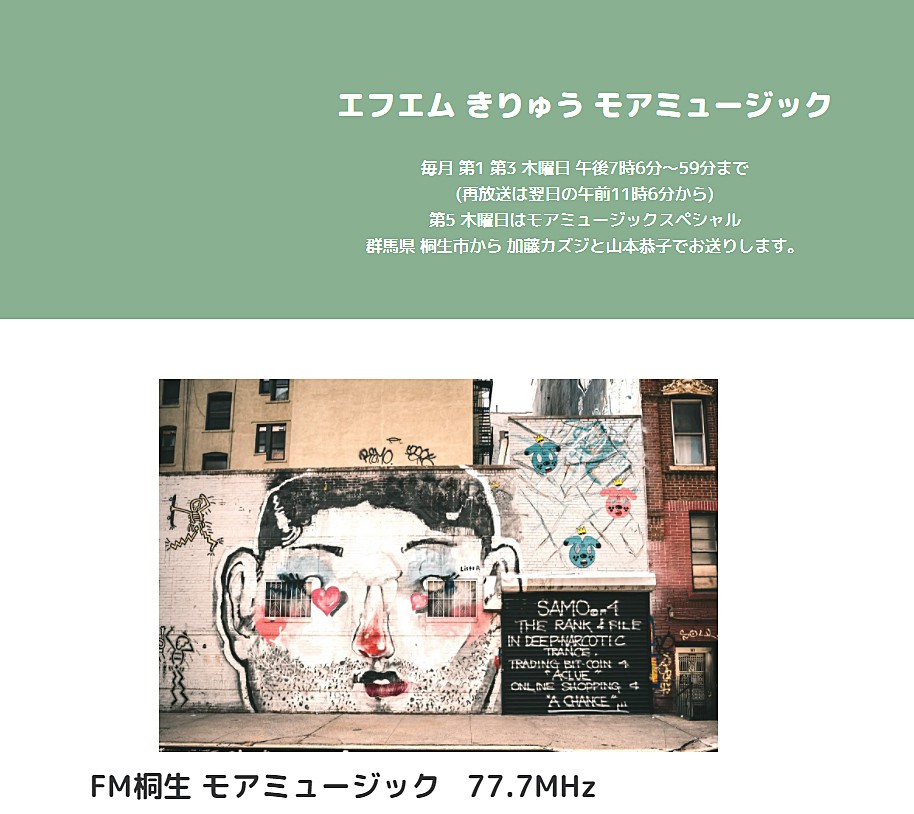 “The more we look at Dimash, the more we are amazed at his vocal abilities. Therefore, we will be happy to continue to support his work!”

Considering this warm message, Dears are confident that Dimash will again appear on Japanese radio in the near future.

Also, the radio station has an app available for download in the App Store and Google Play:
App Store: https://apps.apple.com/jp/app/fm桐生/id1256308247
Google Play: https://play.google.com/store/apps/details?id=com.fmplapla.player