On August 23, the radio station “RadioDimash.pl” was launched in Poland, created by Polish fans of Dimash from the fan club “Dimash Kudaibergen Fanklub Polska”. 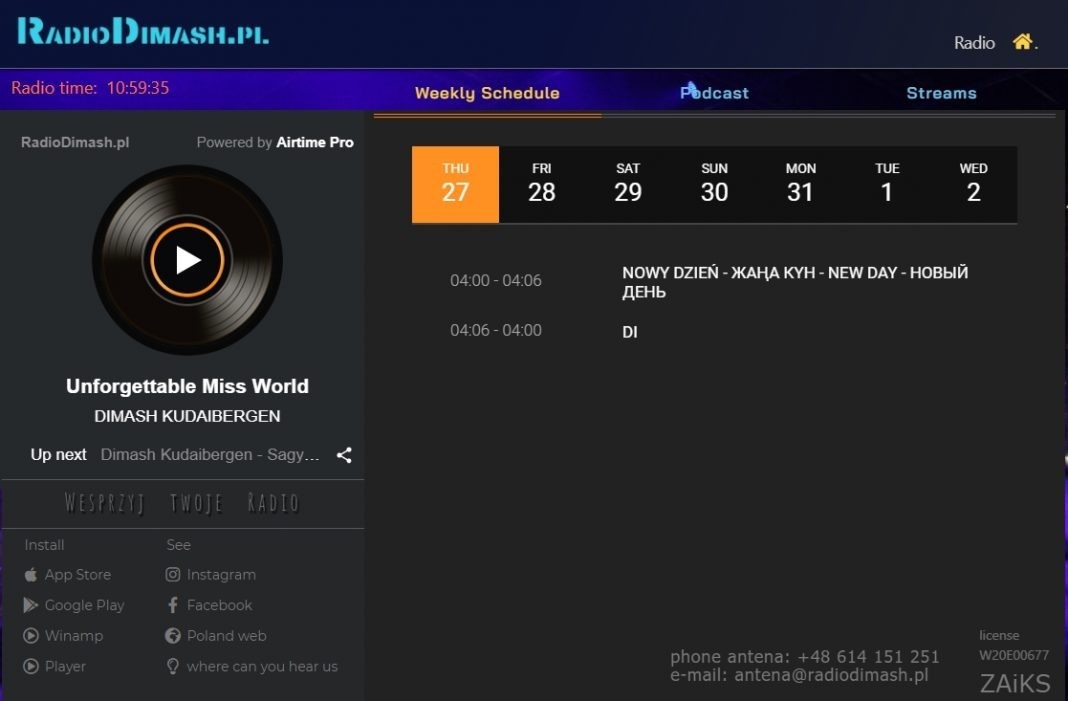 Dimash Kudaibergen Fanklub Polska is a very dynamic, active and friendly fan club. Most Dears from all over the world are familiar with its administrators. They are Monika Wasylewska and Teresa Kakol, supported by a large and very creative team.

From the very beginning of the founding of the fan club, Polish Dears had one goal – to promote and support the work of Dimash Kudaibergen in Poland and abroad. Polish fans share that their biggest dream at the moment is to attend a concert of their favorite artist in their home country. 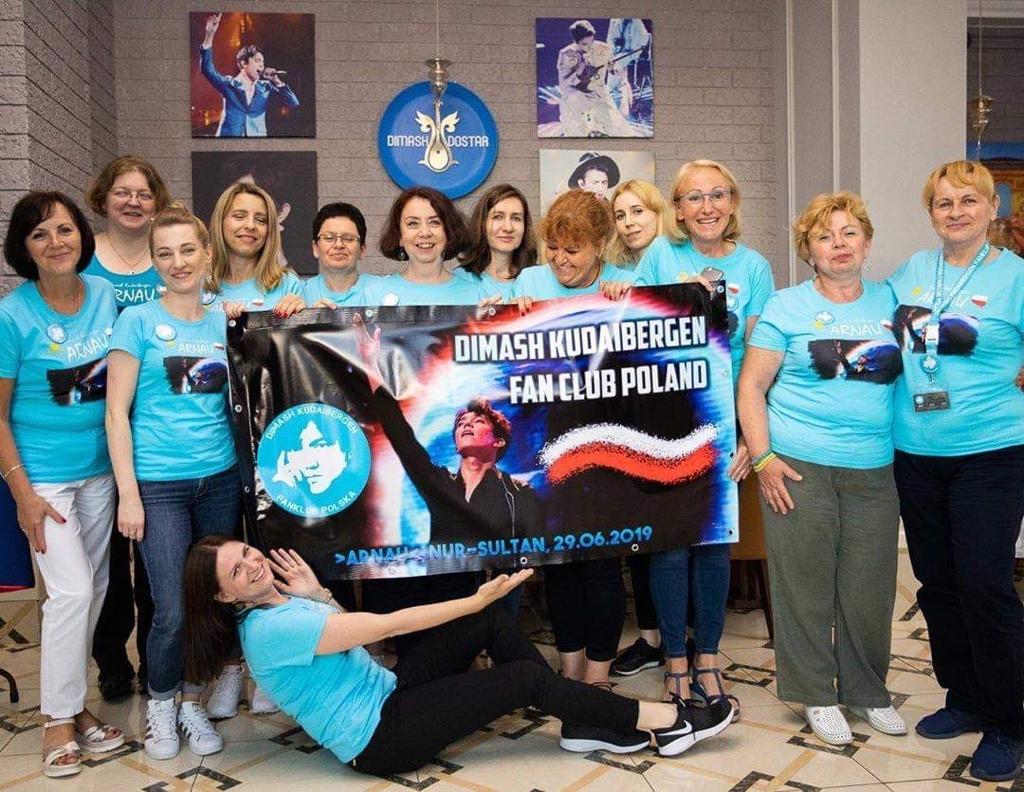 “It is pure pleasure to promote and support Dimash’s creativity. We are part of one large international family and all our efforts go hand in hand with thousands of Dears around the world. We attend Dimash’s concerts, buy his singles and albums on official music platforms and support all the initiatives of people around him,” the fan club administrators say.

“Dimash Kudaibergen Fanklub Polska” is the first fan club to create a website about Dimash in Poland. In order to acquaint the Polish public with the work of the Kazakh artist, Dears translate the lyrics of his songs, interviews and articles from the international press into Polish. Thanks to the efforts of fans, Dimash’s songs were broadcast on several Polish radio stations. Also, Polish Dears managed to give several interviews to local media, in which they had the opportunity to tell about the work of their favorite artist. 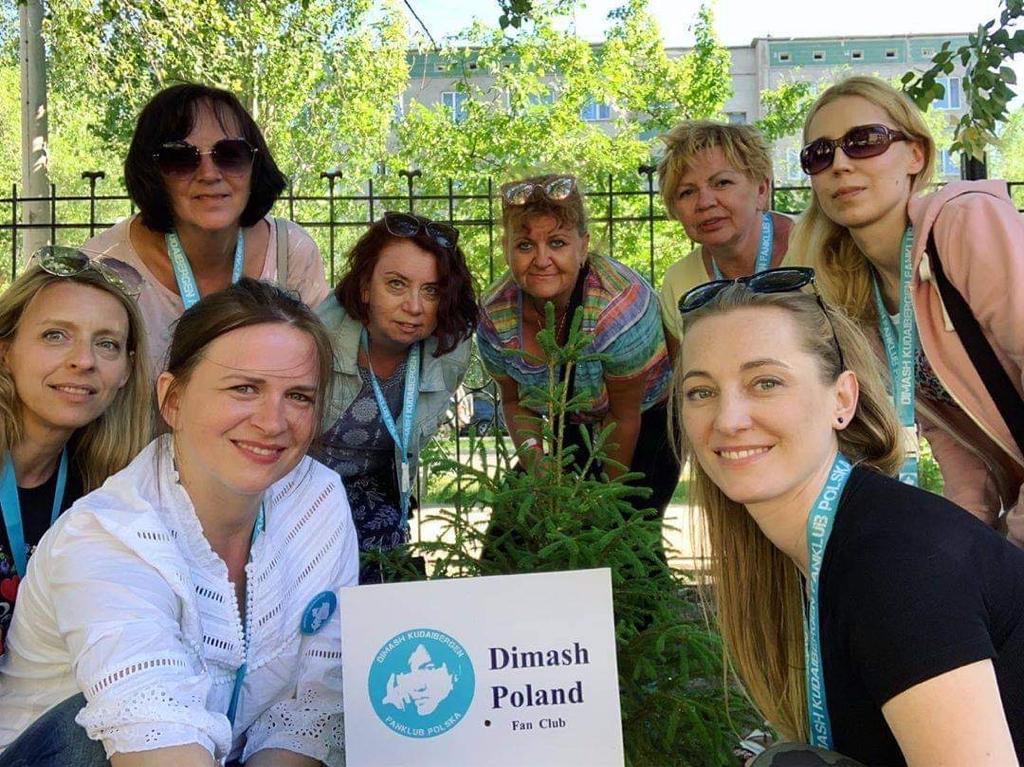 In addition, fans from Poland are very interested in the culture of Kazakhstan. On the official pages of the Dears fan club, they write articles about Kazakh customs and traditions, participate in all events in Poland related to Kazakhstan, and maintain close contact with the Kazakh Embassy in Warsaw and consulates in Gdansk and Katowice.

At the beginning of 2020, Polish Dears initiated a series of monthly meetings held in Warsaw called “Sunday with Dimash”. This idea belonged to Mirella Gliwinska. At these meetings, the participants had the opportunity to get to know the Kazakh performer better, learn about his creative path and the culture of his native country. Mirella is a professional storyteller who always introduces all members of the fan club to Kazakh culture in an unusual and very interesting way. She shares with the Polish Dears Kazakh fairy tales, legends, parables, thus introducing them to the amazing atmosphere of the Great Kazakh steppe. 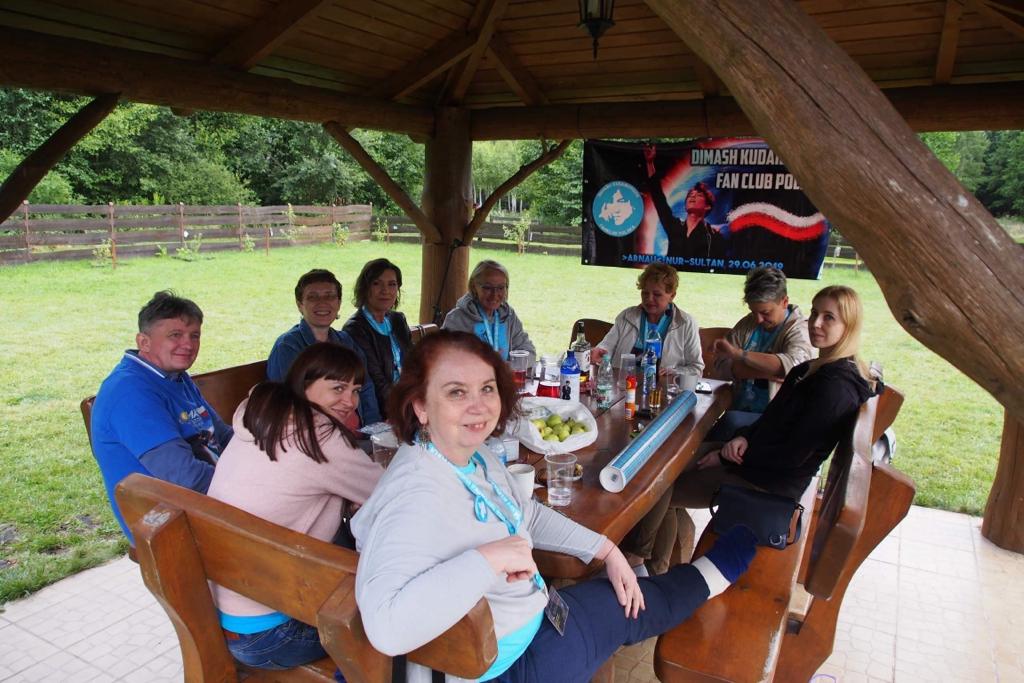 One of the creators of the fan club, Monika Wasylewska, runs a YouTube channel where she publishes materials related to Dimash. Among the content, you can find videos about her trips to Kazakhstan, the Polish fan club’s trips to Dimash’s concerts, as well as the most famous videos about the artist’s songs, where Monika gives detailed comments about them. Monika Wasylewska embodies all the energy and enthusiasm of the Polish Dears, organizing many interesting events and coordinating the activities of the fan club.

The heart of the fan club here is Teresa Kakol. Polish Dears unanimously admit that she is unmatched in her work and promotion of Dimash’s creativity, with all her heart devoted to any business she undertakes. 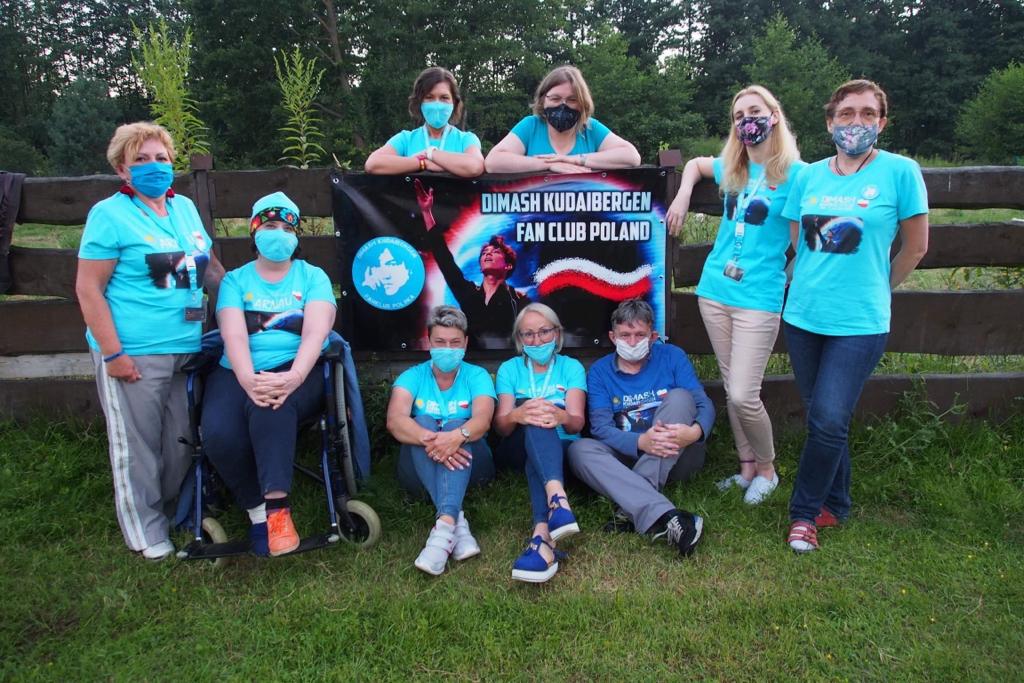 The creation of an internet radio station was one of the initiatives of the Polish fan club. The idea to create the radio belongs to Zbigniew Kurzynski, who is also behind all the technical and administrative aspects necessary to bring this idea to life.

Zbigniew is the administrator of the fan club website, providing technical support. Like all Dears from Poland, he has always wanted to be able to listen to Dimash’s songs on radio stations, as well as on his smartphone while working, jogging or driving. Radio is a powerful tool for promoting an artist’s creativity. Therefore, Zbigniew dreamed of doing something really worthwhile, not just an app with an automatic playlist of songs. 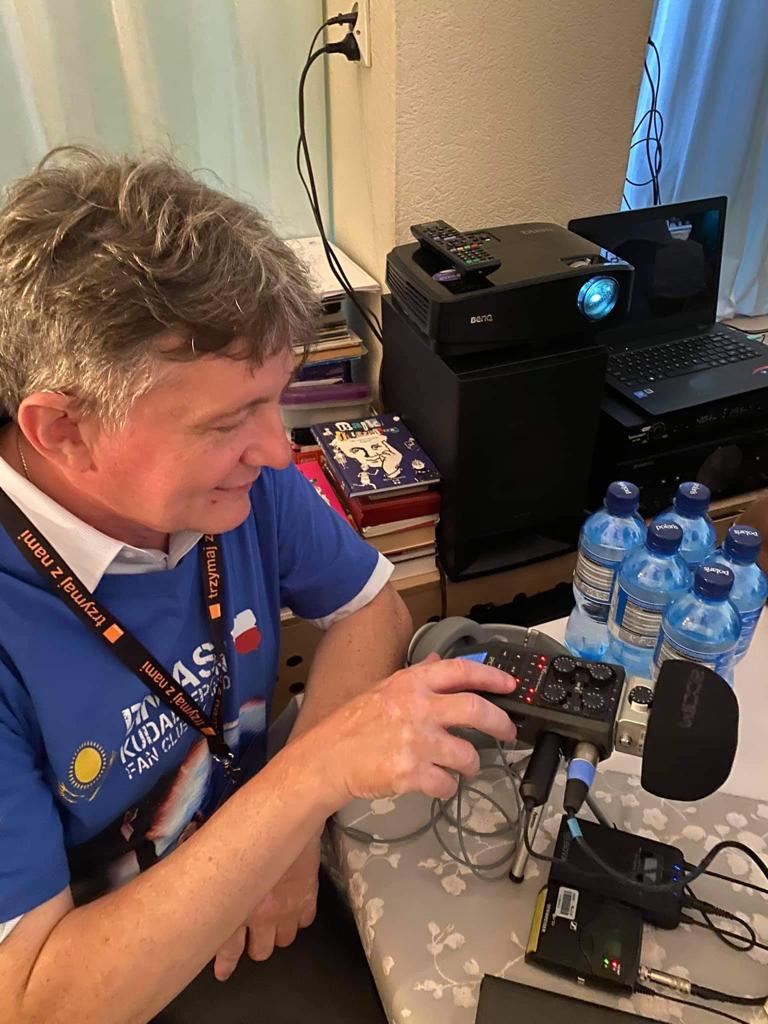 Zbigniew wanted to create an officially registered radio station with technical conditions allowing him to create his own content. For example, podcasts. The example of Argentina inspired him to fulfill his dream, which at first seemed impossible. Zbigniew worked alone. He conceived, researched and tested technical specifications, carefully studied all legal requirements and independently designed the radio’s web page. He shared his idea with fan club members while the radio was already in the test mode. Polish Dears instantly shared his enthusiasm and dream, starting to work on the project together. The fans were very excited to bring the final few touches to the project. And now, finally, the work was completed, and the radio station “RadioDimash.pl” went on the air.

In a very short time, the radio had listeners all over the world. Now it is being heard not only in Poland, but also in Europe, throughout the American continent and even in Australia.

Now Polish Dears are full of energy and enthusiasm. Fans are currently working on preparing the first broadcasts and podcasts. The first interview has already been recorded and will air soon. In the future, Dears plans to interview fans not only in their home country, but also abroad, especially during concerts. Their plans include broadcasting reports from Dimash’s performances and other related events, conducting interesting conversations with people who are able to share their knowledge about Kazakhstan, national music and culture in general. 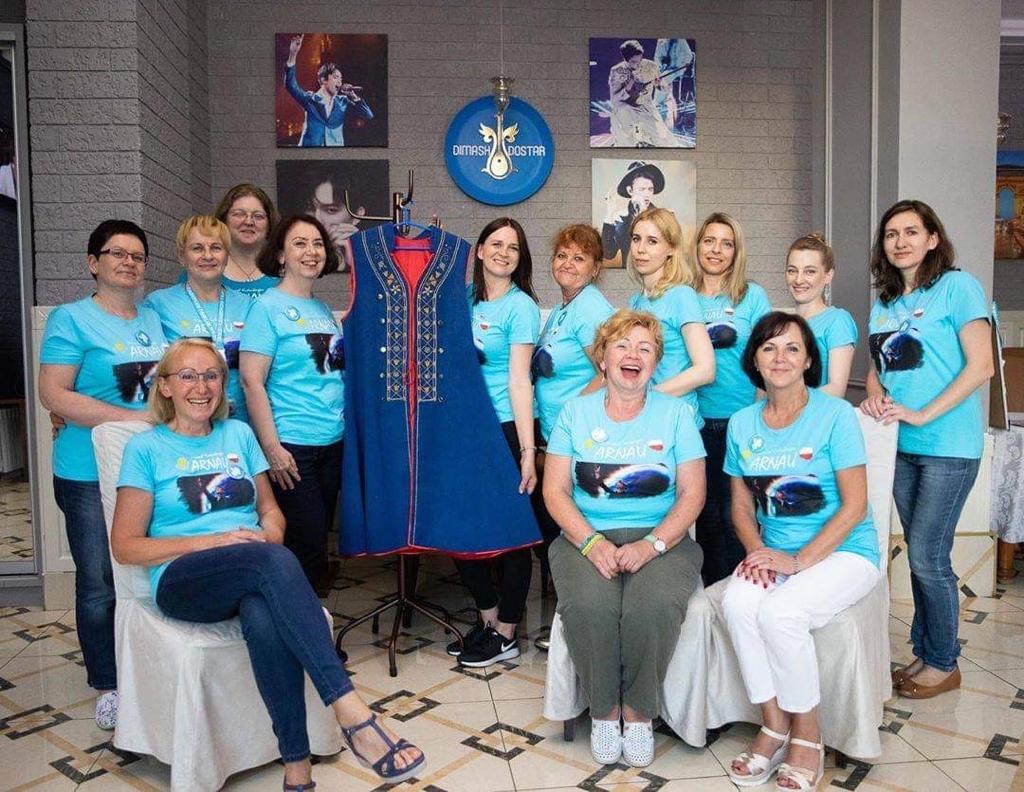 “We want to acquaint Polish listeners with the great Abay and his legacy. Kazakh legends, fairy tales, parables will also find their place on our radio. We want to make our listeners active, so we hope to implement live broadcasts with their participation. Perhaps, if we manage to organize everything, one day Dimash will give us an interview? All efforts of our fan club are aimed at one thing – the promotion and support of Dimash’s work in Poland. Our biggest dream is to attend his concert in our native land!”, – the administration of the fan club shares with a smile.