The grave of the mother of the Soviet military leader Mikhail Tukhachevsky, Marfa Petrovna, is located in the Shalkar district of the Aktobe region, Aqtobe Gazeti reports. 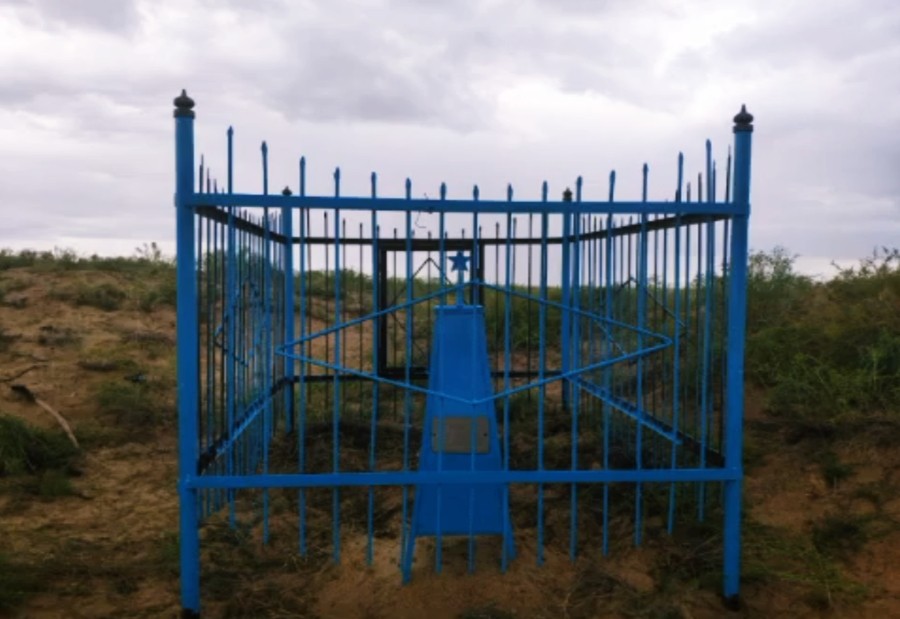 After Marshal Mikhail Tukhachevsky was repressed in 1937, his family was persecuted by the Soviet government. After serving time in the Astrakhan prison for women, the mother of a military leader, Marfa Petrovna, was subsequently deported to Kazakhstan.

They say that she first appeared handcuffed, in the aul of Taldykum, Shalkar district of Aktobe region. The residents, who at first looked at her with some apprehension, showed compassion for the defenseless woman and began to secretly bring food to her house.

Not speaking any Kazakh language and being depressed because of the imprisonment, Marfa Petrovna never spoke about herself. It was only clear that she was not an ordinary person, as the NKVD officers occasionally visited her.

And even though Marfa Petrovna did not tell about herself, she was highly respected by aul residents. After the woman died from a disease that became more complicated during the war years, she was buried in a cemetery near the village and a gravestone was placed.

Soon, the daughter visited her mother’s grave again to put up an iron fence and renew the inscription on the tombstone. Since then, the aul residents have painted the fence and weed at the grave every year. 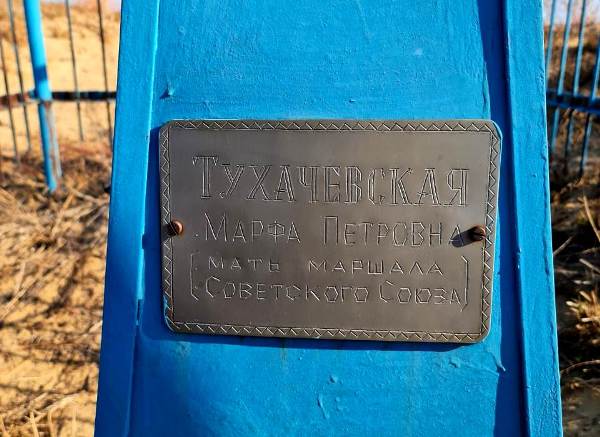 P.S. Wikipedia indicates that the name of M. Tukhachevsky’s mother is Mavra Petrovna. However, it is written as “Tukhachevskaya Marfa Petrovna (mother of the Marshal of the Soviet Union)”, on the gravestone installed by her daughter. Therefore, that is the name used in the article as well.